Home News China Is Reinventing the NFT Market With a Major Twist That Crypto... 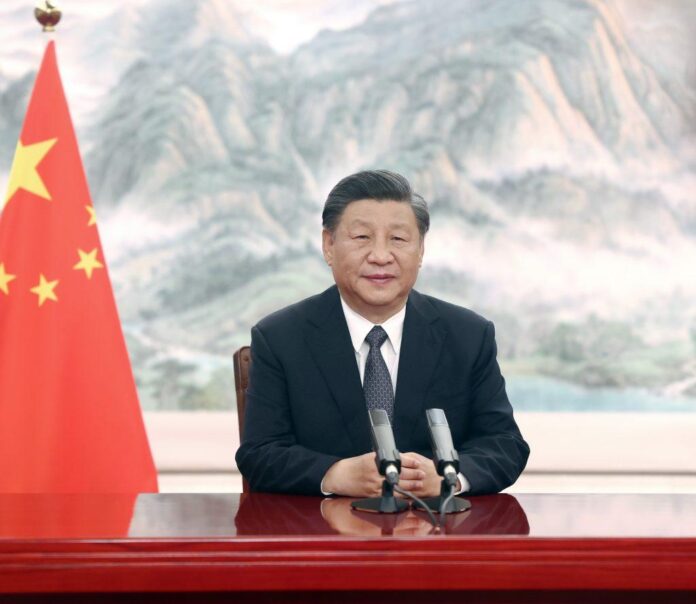 The legislative and technological mechanism known as the the Great Firewall has for decades regulated nearly all facets of digital life in China. Yet while its role has traditionally been to control the internet domestically, the Chinese state is now taking further steps to curb the influence of international blockchains and crypto, which is having a major impact on NFT marketplaces with ambitions to expand eastward.

With cryptocurrencies and traditional NFTs backed by tokens like Ethereum banned in China, the country is offering certain services that, while they may lead to more more censorship and control, could allow access for those willing to conform to compliance and current regulations, paving the way for content makers to find new and lucrative pathways for artists and designers.

China’s Blockchain-based Service Network (BSN), a state-sponsored blockchain network, has thus far served as the main tool for users looking for digital services that correspond with legal regulations. BSN was initiated by the State Information Center with major state-backed companies like Red Date (a Chinese fintech company founded in 2014, headquartered in Hong Kong), China Mobile (the country’s biggest telecom service provider), and China UnionPay (one of the country’s major financial service providers). Its goal is to help promote blockchain technologies to non-crypto industries and build a global infrastructure for that purpose.

Adjacently, China has also been transitioning towards the digital yuan, which, as of January 2022, is being used by one in five Chinese citizens, according to the People’s Bank of China.

This novel ecosystem is paving the way for what are known as BSN-Distributed Digital Certificates (BSN-DDC) — “essentially, China’s version of NFTs,” according to Jehan Chu, a former Sotheby’s specialist whose blockchain, VC Kenetic, invested in Red Date.

“While most decentralized entities in China are restricted, DDCs become akin to a multi-chain environment, fully compliant with Chinese law,” Chu said.

Since launching on January 24, 2022, the BSN-DDC network has integrated a number of open permissioned blockchains, which are ‘forked’ (essentially the process of moving from popular public chains) to the DDC network. These include Ethereum, Cosmos and EOS. These offer versions of blockchains set to restrictions on who can govern the technology, allowing them to identify all participants in accordance with Chinese legislation.

The BSN-DDC initiative has the potential to showcase not only digital art, but also for other applications. Outside China, NFTs are already being used by companies like the watchmaker Breitling, which deploys them as luxury-goods passports that prove authenticity.

Many in China’s big-tech ecosystem are also getting involved. Companies like Alibaba, Tencent, and JD have built their own platforms different from the BSN-DDC network, but similar in the sense that they are offering NFTs and digital assets to the Chinese marketplace in accordance with Chinese law. Some of these prohibit users from flipping or reselling their purchases on the secondary market, tampering down the rampant speculation that have dogged many NFT platforms in the West.

One of the major players in this arena is Ant Group’s JingTan (Topnod), a platform prevents users from reselling digital collectibles, allowing users the ability to gift them after holding them for more than 180 days.

Topnod works with national museums in China to produce digital twins of historical relics, while also working with painters, embroidery artists, and other craftspeople within the culture industry. They recently collaborated with the Shanghai Symphony Orchestra on a digital artefact of 10,000 pieces of audio collectibles from the earliest symphony phonographic ever recorded in China, priced at RMB 19.9 (about $3.15).

Tencent’s digital platform, Huanhe, is also making waves in the country, known as the more diverse option of all the platforms. It also works with museums, but also artists, auto brands, consumer products, and charity organizations.

For example, earlier this year, Huanhe offered digital twins of the Dunhuang Grottoes at RMB 118 apiece ($18). All digital works purchased or otherwise received from Huanhe can be displayed in a virtual 3D gallery, but Huanhe also prevents secondary-market trading. (Earlier this year, Huanhe was embroiled in a copyright dispute after a series of digital ink drawings based on artworks by Xu Beihong, a renowned Chinese painter, were released on the site.)

NFTCN is another marketplace that is gaining traction in China. Perhaps closest to OpenSea, NFTCN is open to independent artists who want to sell and collect NFTs. It has a built-in gallery that allows users to exhibit their collections backed by a side-chain of Ethereum, and is one of the few platforms in China that permit secondary-market trading.

All told, Chu said the impact of BSN-DDCs for the art market in China could be big, but cautions foreign companies entering the market to be wary of China’s notoriously strict censorship laws.

“The opportunity for BSN-DDCs in China cannot be overstated,” he said. “It’s not a single chain environment, but a multi-chain one with a very robust system of interoperable, permissioned applications. This is obviously very controversial for the international crypto community, because it does involve censorship. But that’s the reality of the framework that exists when working in China.”