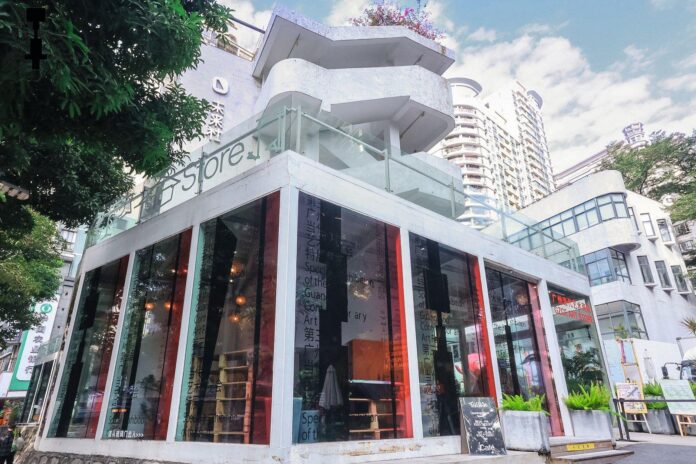 As mainland China began scrapping restrictions in an abrupt about-face on its rigid zero-Covid policy, art fairs scheduled for the year’s end were unexpectedly able to proceed. Guangzhou Contemporary Art Fair (GZCAF) ran from 9 to 17 December as a boutique version at new venue the Future Club, while the Nanjing Art Fair International (NAFI) in the Jiangsu province capital is scheduled to run from 23 to 25 December at the Nanjing International Exhibition Centre.

Shanghai Art021, which in November was suspended after one day because of a single Covid case, is staging the two-location pop-up Art Week Encore (15-30 December). One portion shows around 100 works by 40 galleries at 8 Hengshan, a 1,200 sq. m new downtown complex, while another is being held in the Pudong free trade art complex FTZ Art. Around nine overseas galleries still have staff and works in Shanghai, he says.

“We’re trying to help galleries, and this is the idea we came up with. We’re giving credit to galleries for next year,” for the suspended 2022 edition, “but wanted other solutions,” says David Chau, the co-founder of Art021, adding that the plan had been under way before the zero-Covid policy was lifted following massive nationwide protests.

During the event, Chau was due to launch his new nightclub, Joye & Sam, at 8 Hengshan, also home to new arts spaces Totalab and Basement Never Sleeps. Located close to the November protest epicentre, 8 Hengshan “is a new compound that has the potential to be a hot, famous destination for Shanghai”, Chau says. “FTZ Art is similar to Singapore or Geneva with its tax-free port, and is the biggest in the world. It’s mind-boggling that a lot of people don’t know that Shanghai has this.”

Weeks before, as Guangzhou battled a new outbreak of Covid cases and lockdowns, GZCAF seemed unlikely to go ahead. “It’s good to be able to open this year; overall, sales are in good shape,” says Edward Ai, its founder. “The impact on us is that the scale is reduced a little but that allows it to be more exquisite than ever. Smaller can be more refined, too.” Next year GZCAF plans to move its positioning from December to April.

Even smaller events getting the go-ahead marks a dramatic pivot from November’s closure of two massive fairs and quarantining dealers over a single case or close contact. Chau stressed at the time that no works were damaged during the dramatic-looking spraying of the site by hazmat-suited cleaners, a claim that around 20 participating galleries corroborated. A spokesperson for the fair’s cleaners, Air Garden, confirmed that it sanitised with food-grade sodium chlorate, citric acid and chlorine dioxide.

One dealer exhibiting in 021’s East Hall says that they had not been to the site since 9 November but on 12 November they were told to quarantine immediately; they and several colleagues remained in the prison-like central quarantine for six days. Works on their stand were unscathed and, despite the issues, they plan to continue exhibiting in Shanghai. “West Bund and Art021 are the two most important art fairs in mainland China every year,” the dealer says. “We will not be absent.”

“We were very grateful to survive this super-tough year and, even under such circumstances, we drew lots of attention from the fair,” says a West Bund dealer forced to home quarantine for 48 hours after that fair’s closure the subsequent day. That night, “all the security guards started to scream ‘Go go go out, fair closed!’ I ran back to our booth, trying to pack up all of our artists’ works, using plastic food film to wrap works in panic.”

The closures were not the only headaches this year. On 15 November, state media issued a terse report that Sun Xiaomin, the former director of Shanghai Exhibition Centre, had been arrested, without providing the reason. Shanghai’s travel restrictions kept collectors from the rest of the country scarce, though the affluent megacity’s resident buyers provided adequate sales. Meanwhile, dealers from Beijing struggled to return home after the fairs, as the capital choked off most inbound traffic because of rising Covid cases.

“I guess [the relaxation starting early December] is good. It’s unexpected. We knew it was coming but never anticipated it would happen overnight,” Chau says. “Things are getting back to normal. People are hyped up, and there is more street traffic. I’m confident the event will be good.”