The video artist Charles Atlas opens one of his most ambitious and complex commissions this week at Pioneer Works in Brooklyn. Projected on both walls of the institution’s 100-foot-long Main Hall,  expands on Atlas’s recurring interests in science, consciousness, and the workings of the human mind.

Images in the video are drawn from his past and present work, including his collaborations with performers like Merce Cunningham and Kembra Pfahler, and TikTok videos showing viral dance trends. They drift across the walls like fleeting memories or thoughts, while patterns of web-like structures link everything together.

“I subscribe to that idea that an artist just makes work. It’s up to the other people decide what it means,” Atlas told Artnet News over Zoom as he was finishing the project in his studio.

While he confessed he was not sure what the final project would look like exactly, he did hope that it would pull together different elements of the various subjects he has been interested in over the years.

“I wonder what people will get out of it,” he said.

The installation, which features a score by Lazar Bozic and a specially designed stage by Mika Tajima where performances, talks, and other events will be held, opens on Friday, September 9, and run through Sunday, November 20. 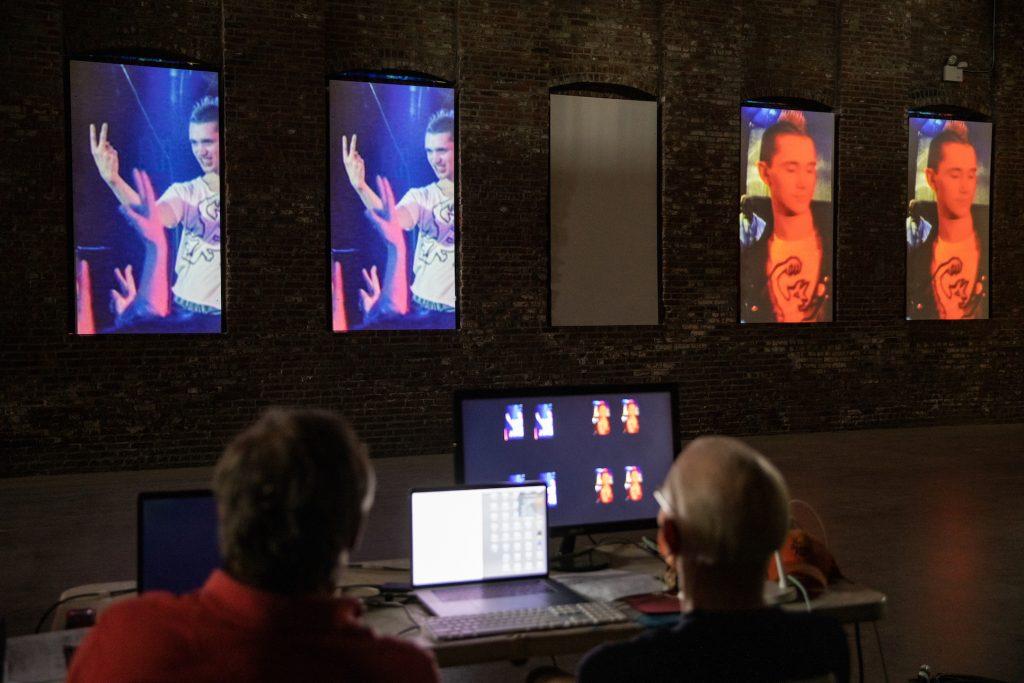 What first sparked your interest in this project? Was it the space, or the chance to dig into some of your earlier work?

I went to see a show at Pioneer Works—I’d never been there before—and I was very impressed with the whole institution. What really sparked my interest was the fact that they had a science division. So I thought, “Oh, this is perfect, because then I can draw on that.” And it turns out, my scientific knowledge is so rudimentary—but anyway it was well supported there.

Things like quantum theory and cosmology, I’ve wanted for years to have it somehow be more a part of my work, because it’s something that I think about.

Then Gabriel Florenz decided to curate a show of mine, but we didn’t really know where it would be held. When we had our first discussions, we came across the idea of projecting on the whole wall [of the Main Hall], because I done a big projection in Chicago at Merchandise Mart.

That was much bigger, like two and a half acres. It took 32 projectors. We’re doing this one with two projectors. And we’re kind of starting from scratch. I mean, [Pioneer Works] didn’t have a map of the wall. So we had to make it, and that took about six months.

Then we did a test and we had to alter it live with software, so it would fit the wall. It’s complicated. 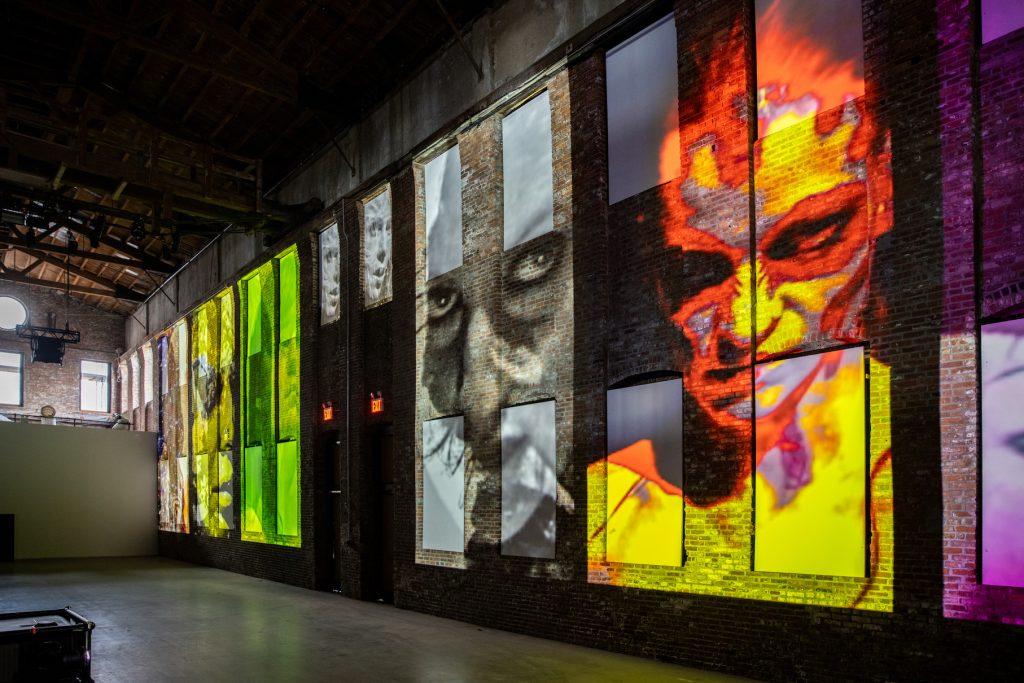 You’ve talked about how this project is your biggest challenge. Is that because of its complexity?

Yeah. I mean, I thought it would be somewhat similar to Merchandise Mart. But with that, I had a template and I just had to fill it in. And, in fact, at Merchandise Mart, the windows are like little holes in the image. Here, the windows are so far apart, you can’t really make an image over them, and have them be part of a whole. So I had to think about it in a whole different way.

It’s like 26 individual windows, each one has a certain horizontal and vertical place. So if I have to make any changes, it takes forever.

And it’s not just that each window has its own image. There are also images projected against the wall…

And sometimes the image grows from the window into the wall. And sometimes it’s the same image on the wall on the window; often it’s different images, but the windows complement. 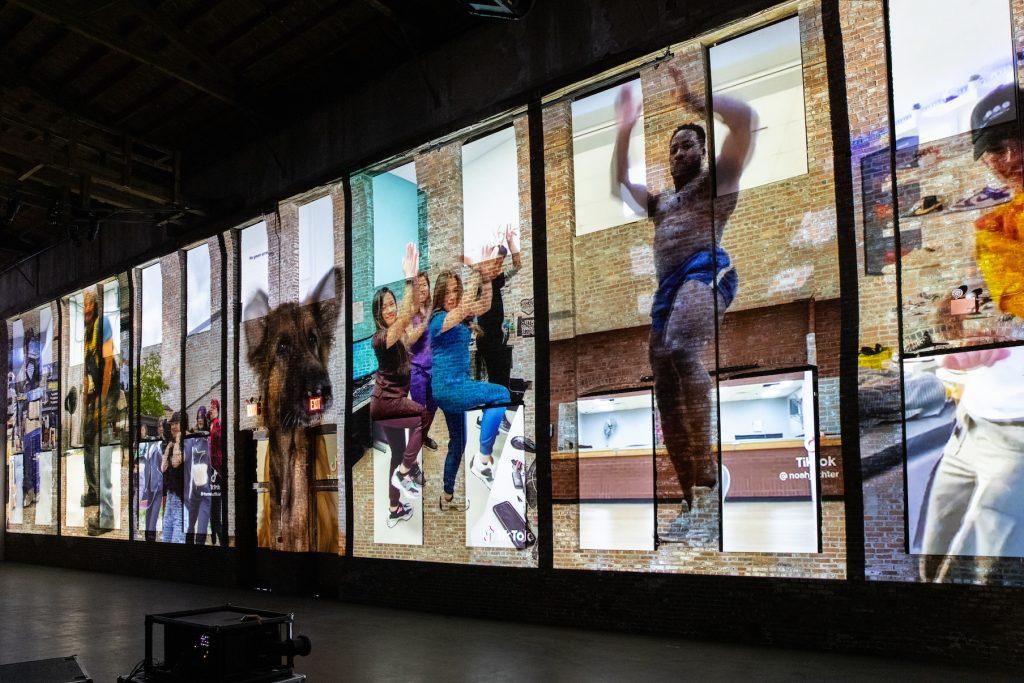 How did you select the images? I noticed some of your earlier work in there, like videos with Merce Cunningham.

There are several different categories of images. The ones that are about memory, that’s from my archive, and that’s where Merce comes in. I identified people that I’ve worked with and think about. The show up for less than a minute each, so it’s really just a thought.

And you’ve got more recent things like TikTok dance trends, which people have really embraced. I’ve even taken a class where I learned the Lizzo “About Damn Time” choreography.

It’s a big contrast. It’s the current media landscape of dance and media. I have 45 different people doing [the Lizzo dance]. There are thousands of them [online].

The work is meant to recreate the hemispheres of the brain, so there’s a right and left. Have you split the images up so one side of the Main Hall is more rational and the other is more creative? Or is there overlap?

The thing is, from inside the building, you can’t really take in the whole wall at once. When I’m working on my computer, I can see the whole wall, so that’s how I’m composing it. But I realized no one can see it that way. So it’s hard to judge timing and how long something should stay on so people can see it fully.

It sounds like visitors will be walking into your brain in a way.

Well, I hope they think that. I just don’t know what people are gonna get. I’m really curious to see what people will think of it. 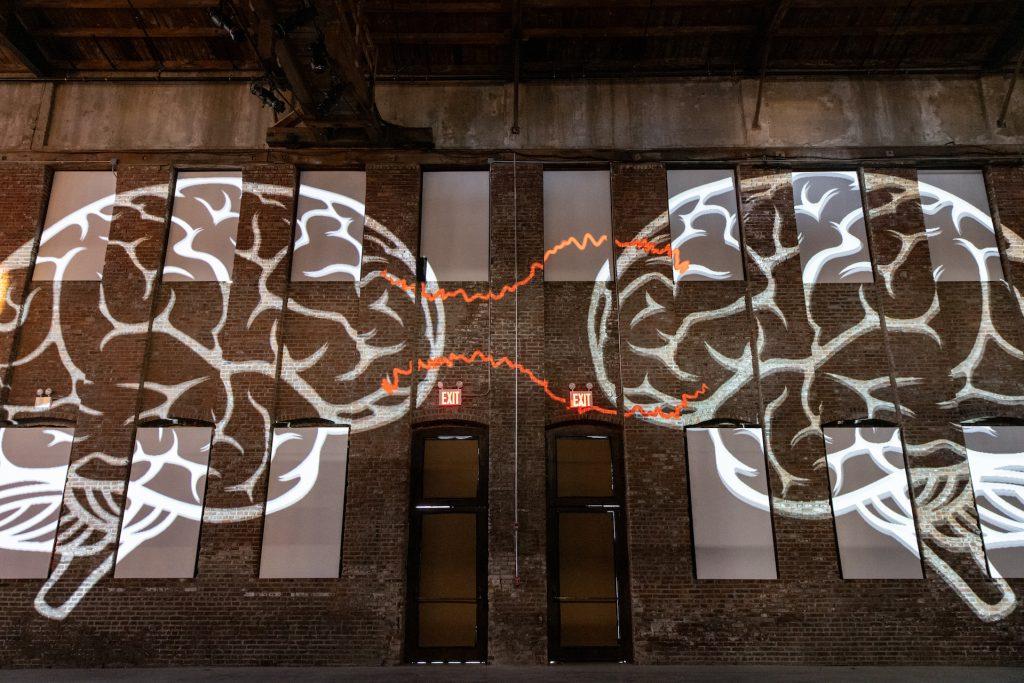 The space will also have live performances, which is always a big part of your work.

Yeah. Different performances and science discussions on the stage that was created by Mika Tajima. I’m doing a performance just before the closing with my longtime collaborator, Austrian musician Christian Fennesz. It’s a dual improvisation; I’m working on my laptop, and he’s playing music.

I haven’t worked with him for 10 years, but I’ve wanted to. It just happened that he was going be in New York the day before my show closed. I’m very excited about it.

Have you two discussed what kinds of ideas you want to explore?

We don’t; typically, on the day of a performance, I rehearse all day and he doesn’t at all. So we just find out what each of us are doing at the performance. He’s so great, it always works out. 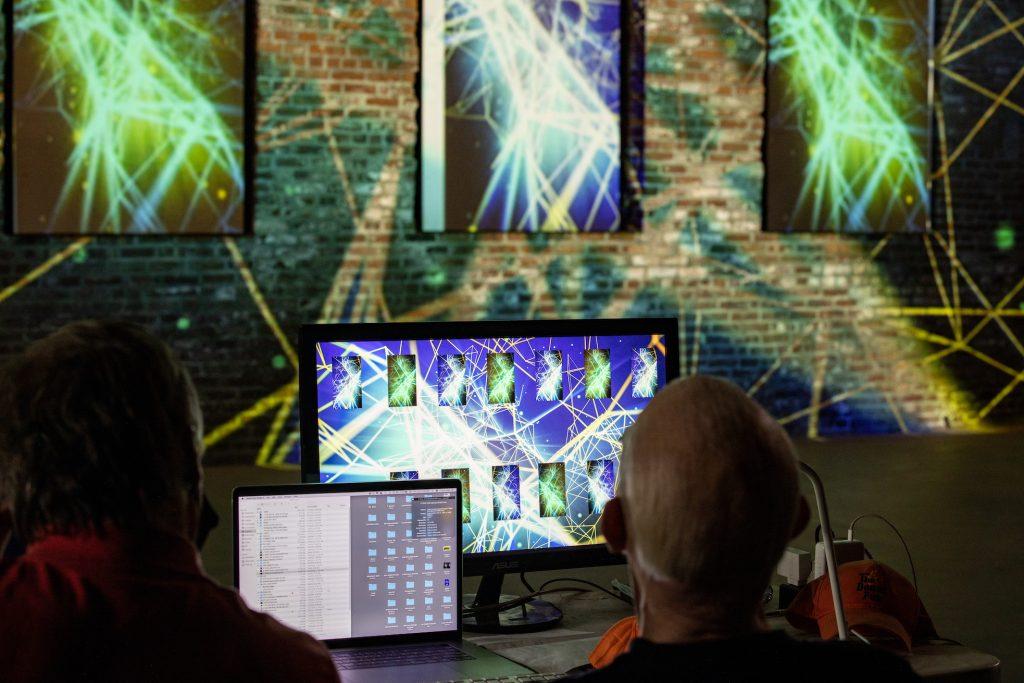 What do your final days look like as you near the opening?

Last night, I was up all night, because I have a test today. And I was saying to my musician friend, “God, I feel young again. I haven’t stayed up this late in years.” It used to be my normal practice of working overnight. And with every test, I make new versions [of the video].

Are you planning on tweaking the projection during the run of the show? Or once it’s up, is it done?

You know, normally, I’m terrible. I like to fix things, even after the opening. But if it’s an edition, and someone buys one, then I stop.

And are there any other big projects on the horizon?

What’s next is a big vacation. I’ve been working on this nonstop for a year.

Wet Paint In The Wild: The Kapp Kapp Brothers Party At The Odeon and Blaze Through The Tribeca Scene With A Band Of Artists

Online Games as a Piece of Art: 7 Ways to Fully Enjoy Them