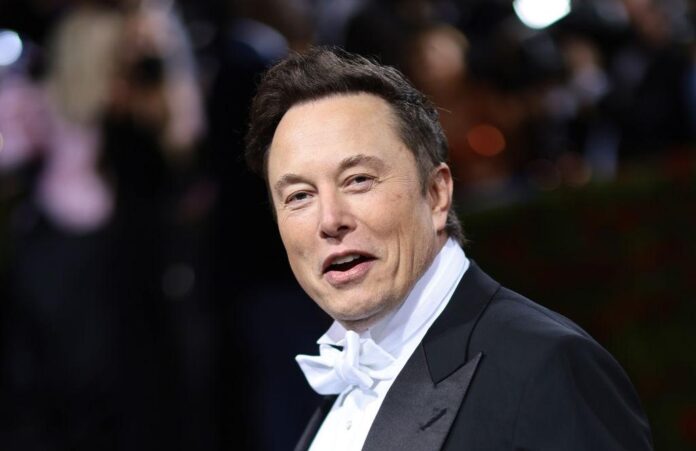 A giant statue of Elon Musk’s head on the body of a goat riding a rocket has gone viral online after someone delivered it to the man himself at Tesla’s Austin headquarters on Saturday, in what appears to have been a crypto marketing stunt.

Costing a whopping $600,000, the strange monument is 30 feet high and weighs some 12,000 pounds. The head alone took the Canadian sculptor Kevin Stone around six months to finish.

We’re very proud of our accomplishments and commitment to #EGT

We’ve always had long term vision for $EGT and will continue to build the brand and utility.

We feel our hard work can lead to Elon claiming #ElonGOAT and we will work towards this goal! Maybe have some fun too! pic.twitter.com/Rk2Gdn5PpE

The strange metal beast appears to have been created as a promotional tool by the co-founders of the memecoin Elon GOAT Token (EGT), a little-known cryptocurrency that was launched in January. It has recently toured through California, Arizona, and Washington atop a semi-trailer before ending its journey this past weekend in Austin for “GOATsgiving.”

Musk has not yet publicly acknowledged the gift, its intended recipient, but it has picked up plenty of media coverage.

The baffling sculpture shows the CEO of Tesla, SpaceX, and Twitter wearing a gold-plated necklace with the token for Dogecoin, a cryptocurrency considered by many to be the first memecoin. It gained widespread popularity after Musk promoted it.

The team behind EGT may have been hoping to repeat history with their epic gift. “We feel our hard work can lead to Elon claiming #ElonGOAT and we will work towards this goal!,” they declared on Twitter. “Maybe have some fun too!”

“We’re gonna stay [outside Tesla’s headquarters] as long as possible,” the EGT co-founder and CMO, Alec Wolvert, told the Wall Street Journal. “I even heard some people say they were going to strap themselves to it.”

“Elon tweeting us would legitimize the token,” another co-founder, Ashley Sansalone, said.

In its own Whitepaper, the organization further acknowledged these tactics but vowed to make the cryptocurrency more than just a memecoin. “Initially, $EGT took criticism for its aggressive Elon-centric marketing plan, given that no tangible utility was featured,” it admitted.

Although the stunt appears to have failed so far, it did have some short-lived effects. The power of hype as a driver of value in the crypto space remains strong and EGT’s price briefly spiked just after the delivery of the sculpture.

Here’s Your Guide to the Most Important Art Biennials Taking Place Around the World in 2023, From São Paulo to Sharjah