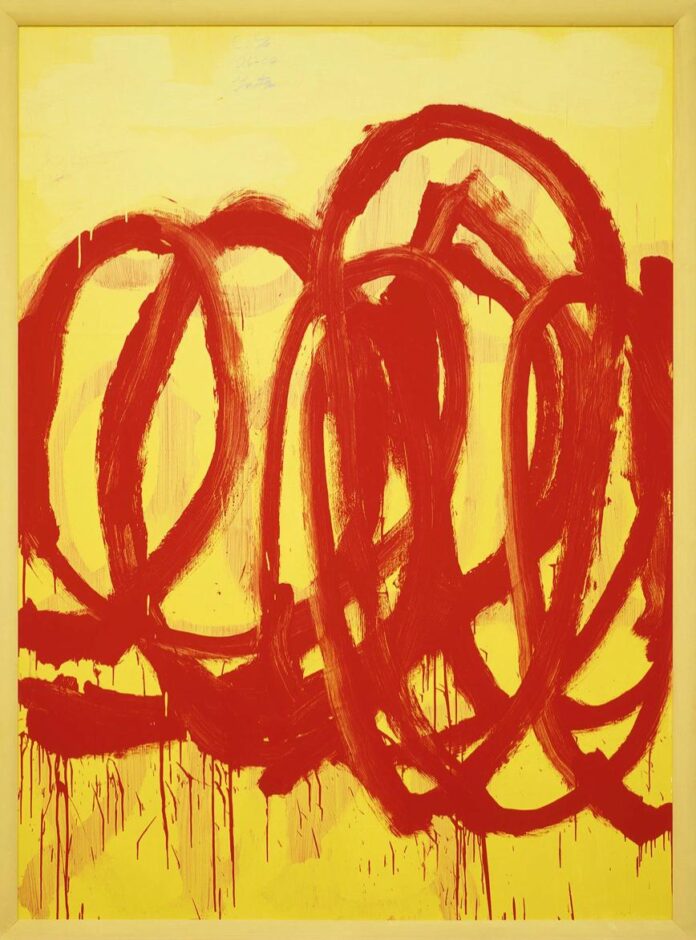 While London prepares for a slew of exhibitions and events to celebrate Lucian Freud’s centennial, Los Angeles is celebrating Cy Twombly season. The J. Paul Getty Museum’s exhibition Cy Twombly: Making Past Present (until 30 October) explores the ancient Mediterranean world that inspired a young Twombly so much he began incorporating text from classical writers like Sappho and Homer into his paintings.

The show, which is comprised of drawings, paintings and prints, is the first major museum exhibition of Twombly’s work since Cy Twombly: A Retrospective at New York’s Museum of Modern Art in 1994-95. The Getty exhibition is bolstered by Greek and Roman artefacts from Twombly’s own collection that have never before been displayed in public. Making Past Present was, like many exhibitions, delayed by the Covid-19 pandemic. It was conceived and organised by Christine Kondoleon, the senior curator of Greek and Roman art at the Museum of Fine Arts, Boston (where it will go on view next year, 14 January-7 May 2023).

“The show has been in the works for a few years,” Kondoleon told The Art Newspaper, “but really I’ve been thinking about it since 2001.” Twombly has strong roots in Boston, she says. His grandfather lived there and he studied at the School of the Museum of Fine Arts for two years in the late 1940s. “Among artists of the mid-20th century, Twombly has a profound impact on artists today. He’s in the zeitgeist, maybe because of his use of the word and the image. The word is so important for younger people today.”

Separately, but very much deliberately coinciding with Making Past Present, is the show Cy Twombly at Gagosian’s Beverly Hills compound, which reveals an older, less brooding, more confident and joyful artist making sweeping gestural works full of colour. In fact, most of the works are from the last decade of Twombly’s life. (Coincidentally, Twombly died in Rome on 5 July 2011, shortly before Freud, who died on 20 July 2011.)

“In the later years of Twombly’s life he was very productive,” says Marc Frances, a director at Gagosian who, with input from Kondoleon and support from the Cy Twombly Foundation, organised the gallery’s show. “It was clear that his rather long career was still flourishing, and younger painters, some of whom were just finding their way, became fascinated with his work.” Both Frances and Kondoleon said a direct line can be drawn between Twombly and many of today’s most celebrated (and in-demand) artists, including Julie Mehretu, George Condo and Tacita Dean.

Of special interest at the gallery is a series of six green and white panels, Untitled I–VI (Green Paintings) (2002-03), which look almost organic thanks to the energy of the brushstrokes and vividness of the colours. These panels have only been presented once before, as part of the Metropolitan Museum of Art’s 2016 exhibition Unfinished: Thoughts Made Visible.