Home News DALL-E, The AI Art App, Is the Breakout Star of a New... 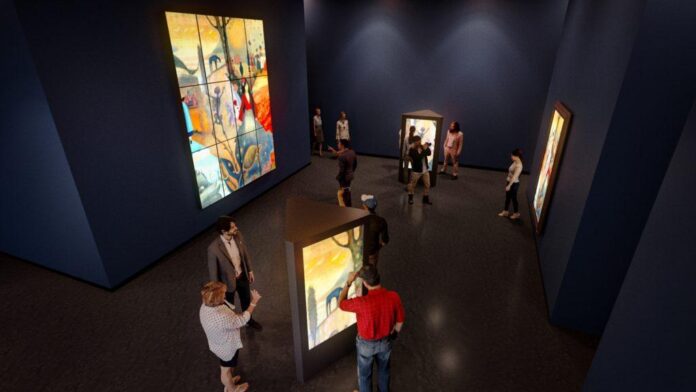 This is the year that the AI generator DALL-E took the world by storm with its ability to conjure fantastical visions in seconds with nothing but a written prompt. It seems fitting, therefore, that the application is closing out the year with its institutional debut at the Dalí Museum in St. Petersburg, Florida—its name was, after all, partly inspired by the eccentric Spanish painter.

“The Shape of Dreams” is a fresh exploration of a topic that has long fascinated artists, especially Dalí and his fellow Surrealists. The paintings on show trace how dreams have inspired painters for some 500 years, from Italian Baroque artists like Lodovico Carracci and Luca Giordano to 20th century figures such as Max Beckmann, Paul Delvaux, and Frida Kahlo.

As for DALL-E’s part in the show, it is incorporated into the “Dream Tapestry,” a special interactive AI experience that allows visitors to generate images inspired by their own dreams. 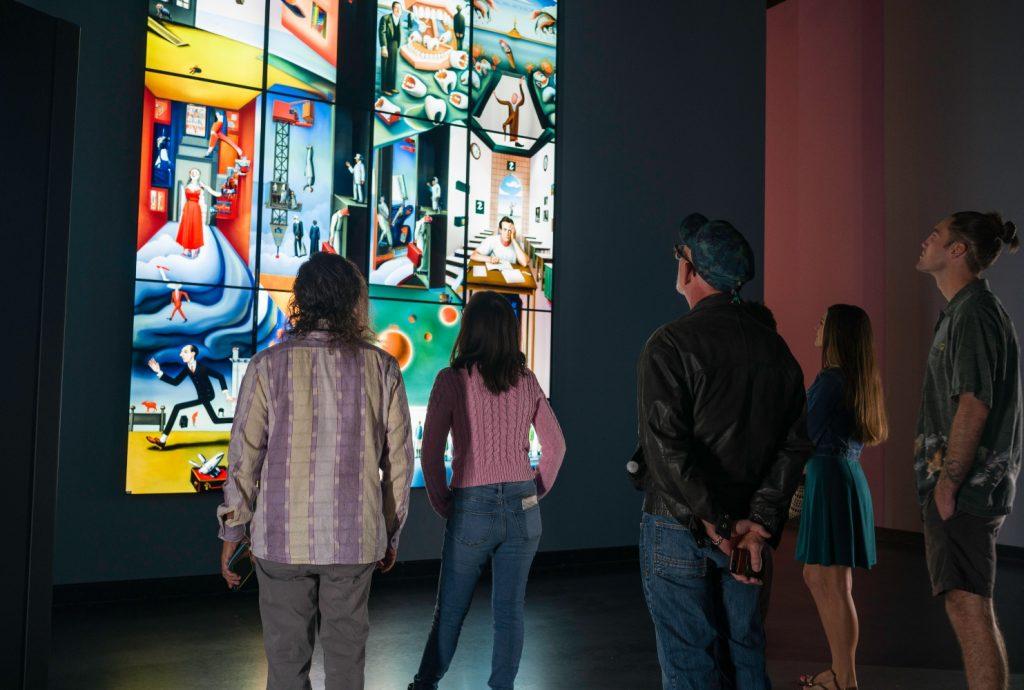 Visitors generating personal dreamscapes for the “Dream Tapestry” interactive AI experience at The Dalí Museum in Florida. Image courtesy of The Dalí Museum.

“We take Salvador Dalí’s own interest in science and technology to revolutionize the museum experience,” said director Hank Hine. “To make his paintings, Dalí invented a way of waking himself from his dreams and then drawing what had passed through his mind. We wondered, how can we give people direct access to their dreams like this?”

Visitors are encouraged to describe a dream they have experienced, which is used as the written input to create an original, photo-realistic artwork. The various resulting bits of dream imagery are then woven together across a 12-foot screen to make one collective tapestry of dreams.

Specifically, each tapestry melds together the nighttime visions of six exhibition visitors who generated their dreams in the same artistic style. All the tapestries made so far can be seen on the Dalí Museum’s website.

“Dream Tapestry” was developed in collaboration with the ad agency Goodby Silverstein & Partners, Minds over Matter, and OpenAI, the research company founded by Elon Musk that developed and released DALL-E.

“It’s the first DALL-E-enabled exhibit in a museum and we’re so excited about it because it’s going to be a debut of how DALL-E can really enhance all types of people’s creativity,” said Natalie Summers from OpenAI.

DALL-E also exhibited at a gallery for the first time recently when AI-generated work was included in the “Artificial Imagination” show at Bitforms Gallery in San Francisco.

“The Shape of Dreams” is on view until April 30, 2023. See works generated so far for the “Dream Tapestry’ below. 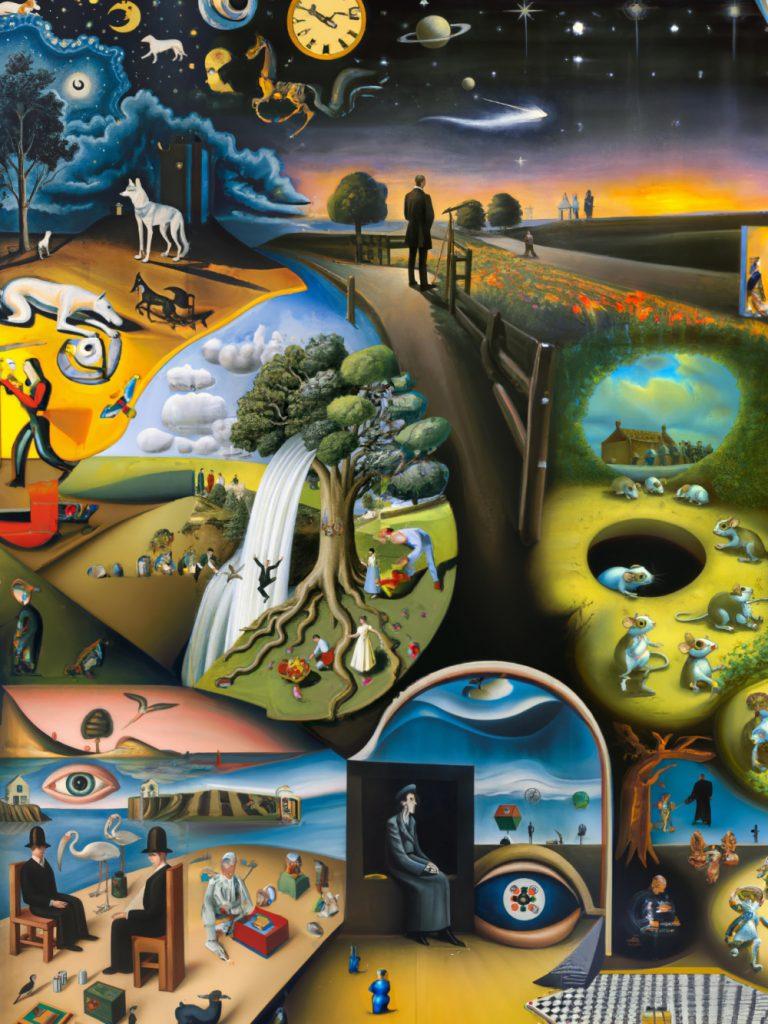 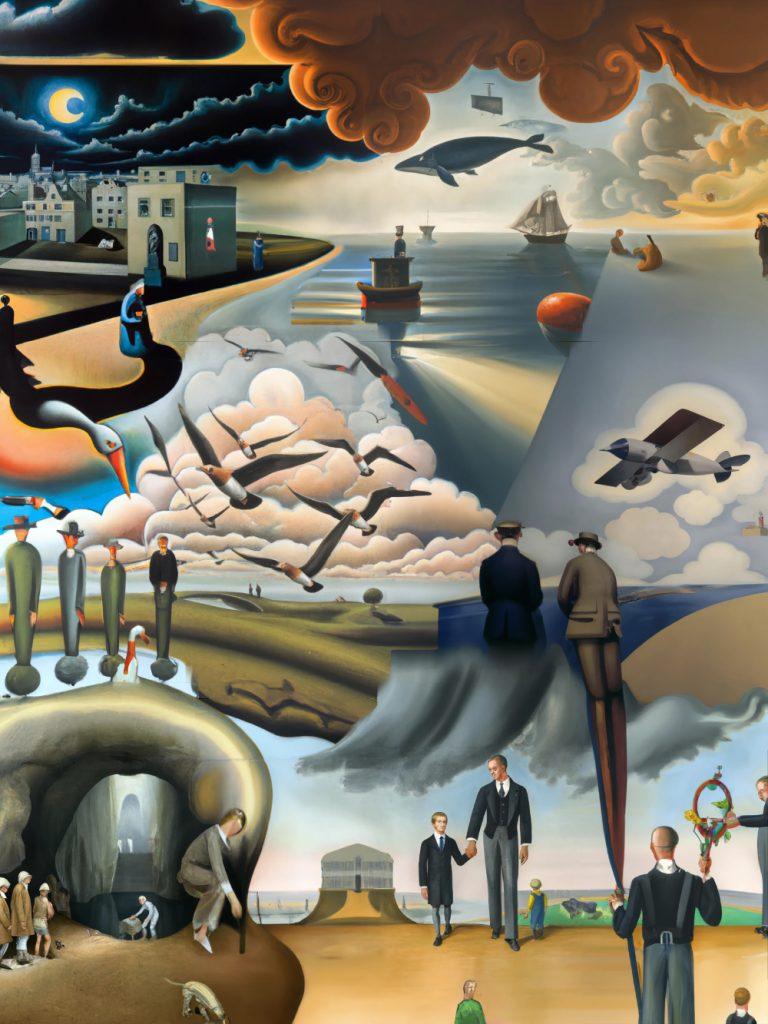 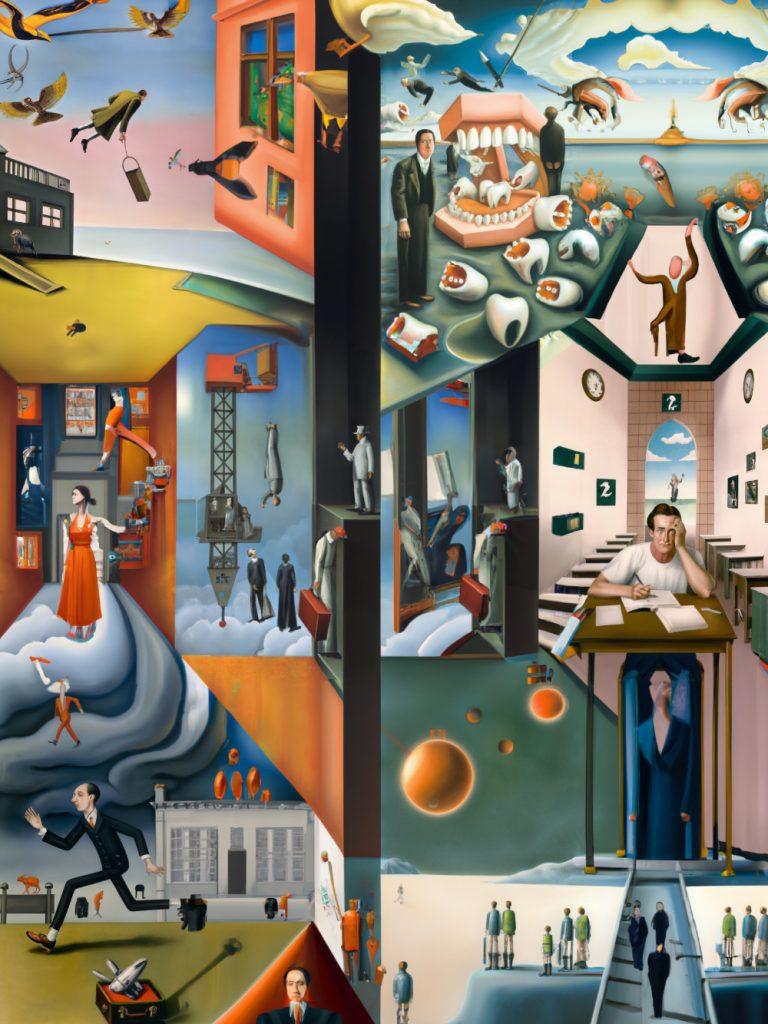