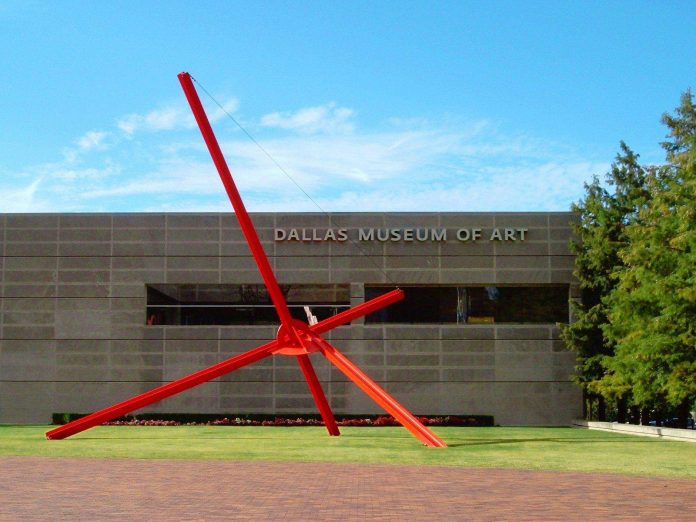 The largest American museums attract a significant number of visitors: in 2002 alone, they were visited by more than 100 million people – this is more than the attendance of sports events. The museums keep works of art, whose value reaches billions of dollars, hold exhibitions that determine the cultural season in major metropolitan areas, and are the pride of local residents. The board of directors of major art museums includes the wealthiest and most influential members of the local community. For city planners and city halls, the “iconic” architecture of museums is as important as that of sports stadiums. In general, a fine arts museum is considered an integral part of any city or region’s infrastructure.

It seems that a museum is a rich, influential, and privileged structure that serves the public good. However, not everything is so bright. Today, among American museums more than ever strong disagreements about the priorities of museum business. Those museums that do not ask such questions probably do not fully understand the role they play in society. 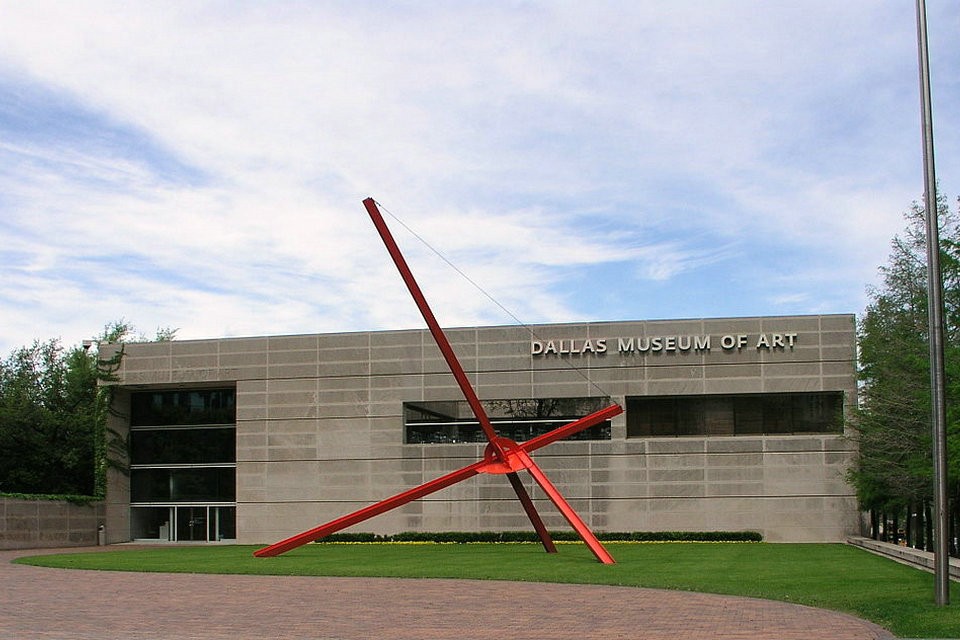 Dallas Art Museum – the main art-museum in the Art district of downtown. It moved here from its original location in Fair Park in 1984. The new museum building was designed by Edward Larrabee Barnes, a gold medalist at the American Institute of Architecture in 2007.

In 1963, the museum was merged with the Dallas Art Museum, and then such pearls as Gauguin, Redon, Matisse, Mondrian, and Francis Bacon shone in its collection.

The museum’s funds contain wonderful examples of decorative art from all over the world, among which there are real masterpieces with no price.

The collection of South Asian art includes a variety of objects, including Buddhist art (2nd-4th centuries AD), art of the Great Mogul period in India (15th-19th centuries), etc. The brightest objects are bronze Shiva of the 12th century and the image on the sandstone of the 10th century, which represents the god Vishnu and pig-headed Varana. Also in this collection, you can see works from Tibet, Nepal, and Thailand. 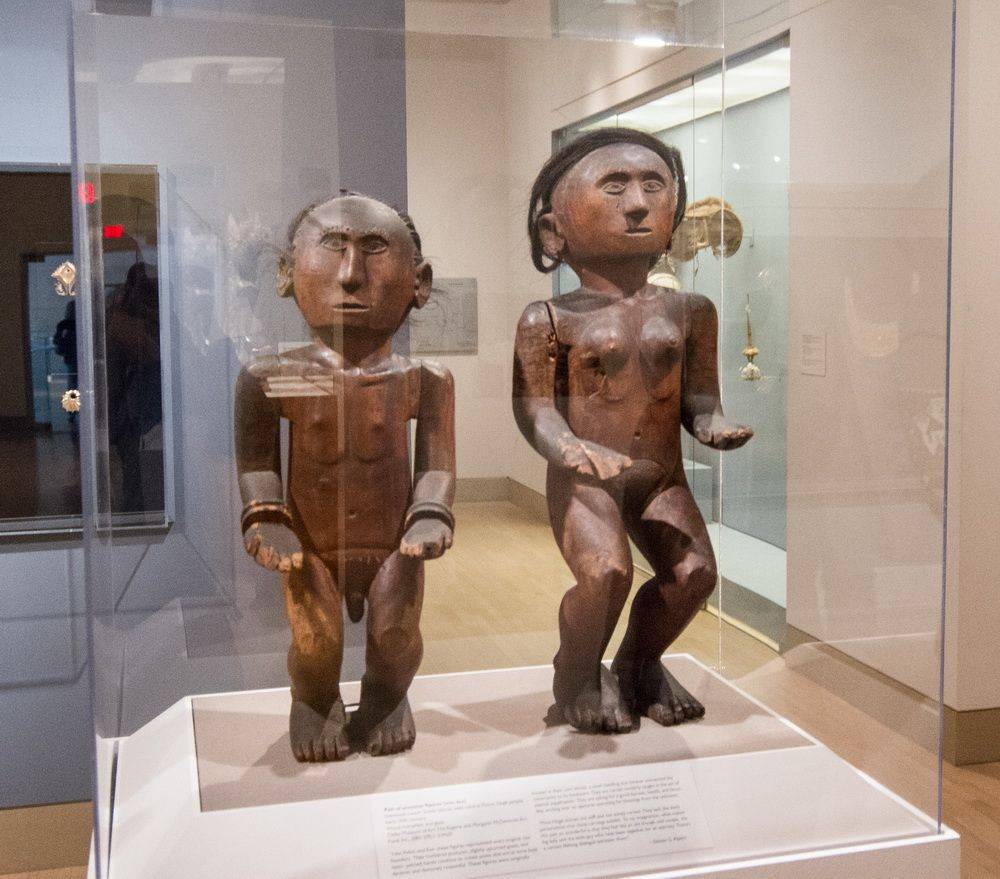 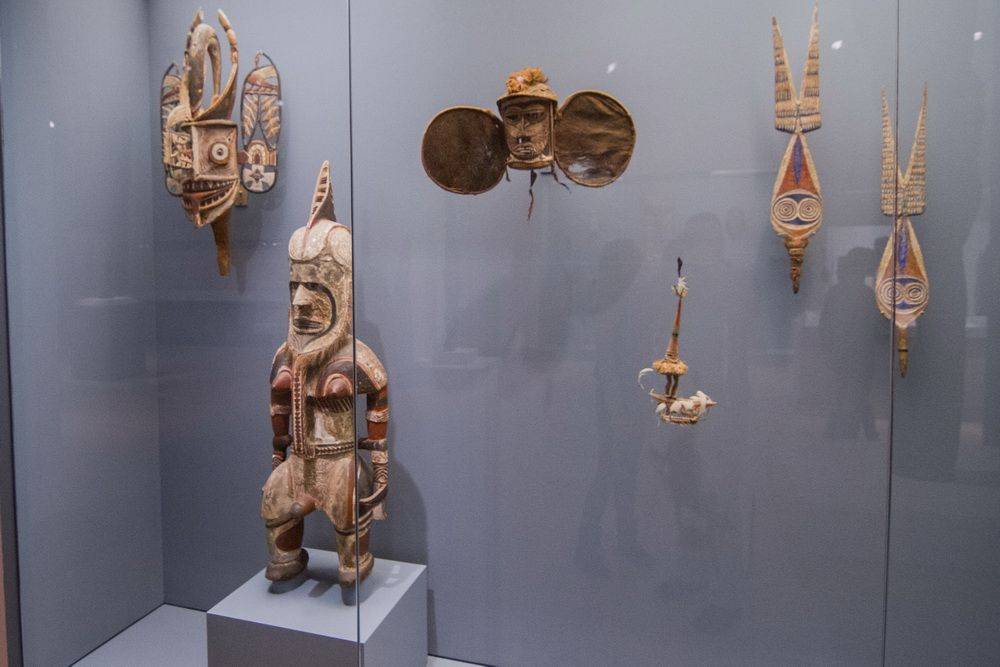 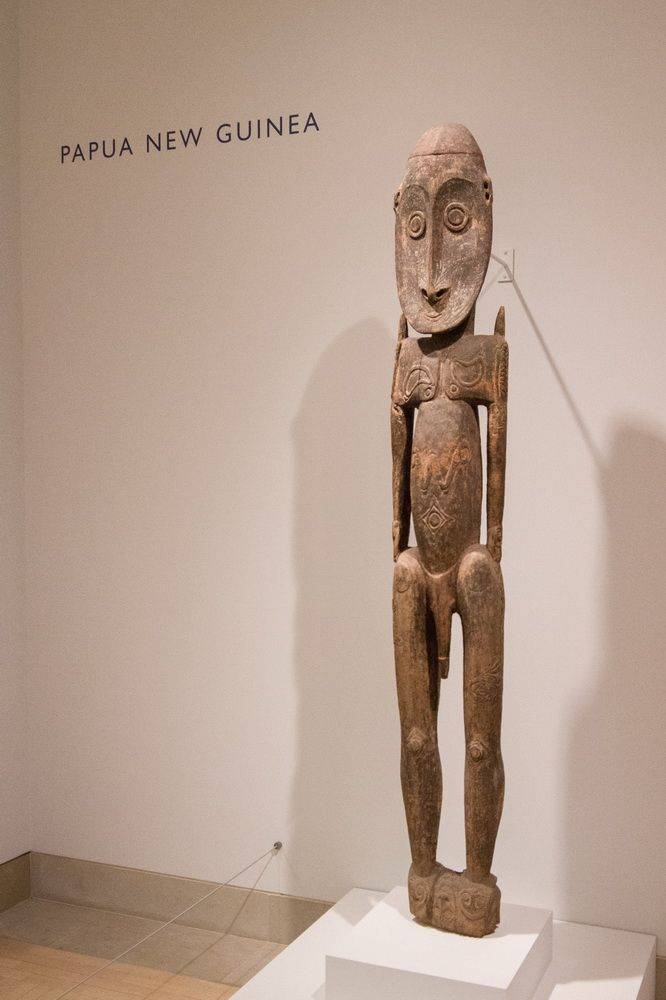 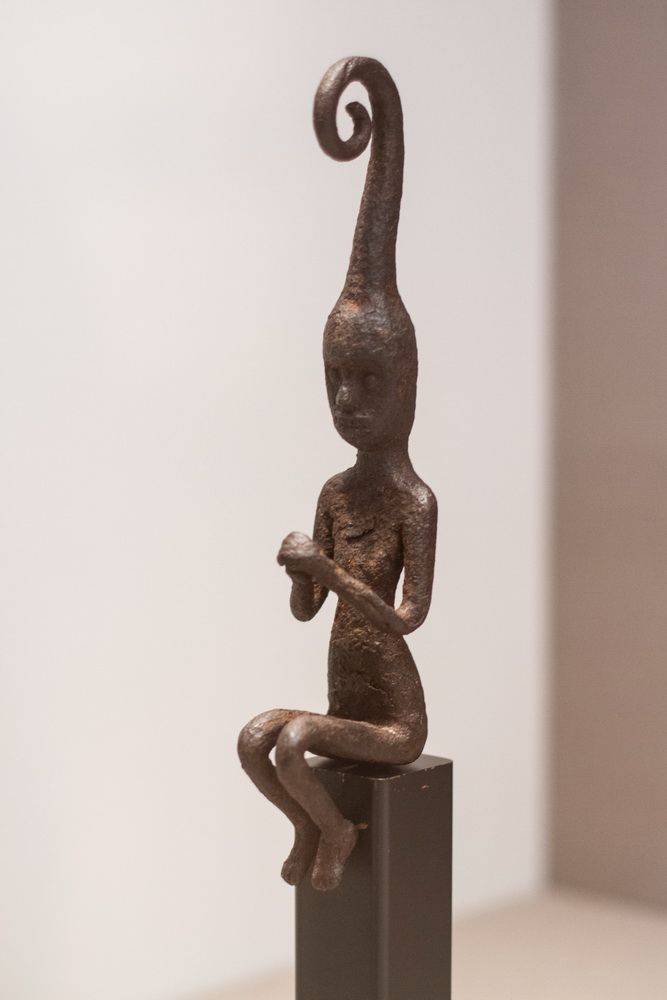 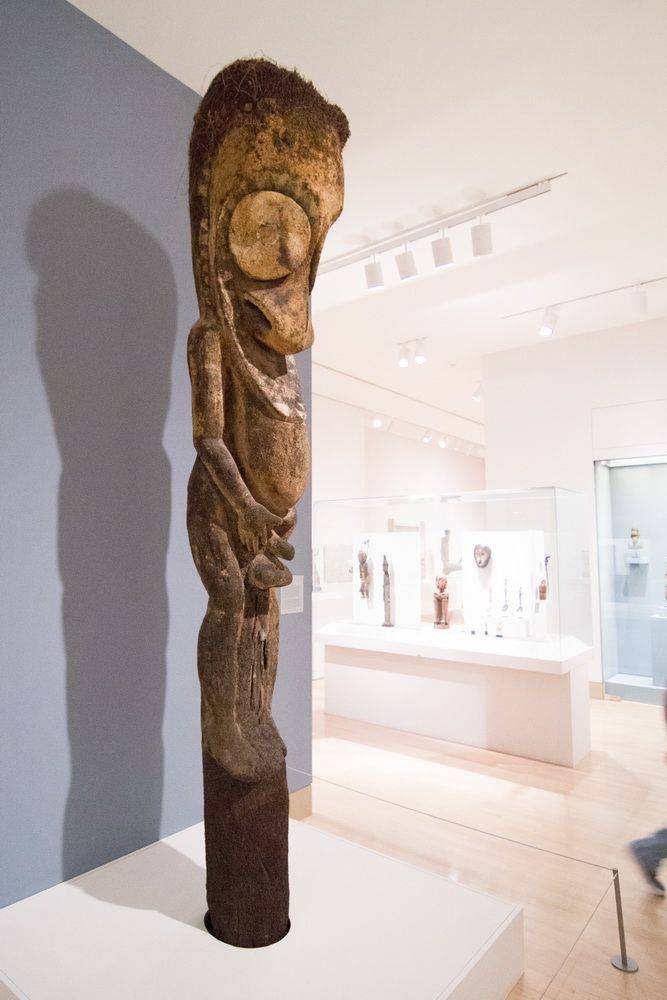 Bribe that all the real treasures of world art, which are exhibited in the permanent exhibition, can be seen for free.

The oldest items in the museum’s collection of European art date back to the 16th century. However, there are literally several or more old works in the collection: for example, paintings by Giulio Cesare Procaccini (“Homo’s Essay”, 1615-1618), Pietro Paolini, and Nicolas Minyard. The art of the 18th century is represented by such artists as Canaletto (“A View from the New Quay”, 1772), Jean-Baptiste Marie Pierret (“The Abduction of Europe”, 1750), and Claude-Joseph Vernet (“The Mountain Landscape, the Approaching Storm”, 1775). 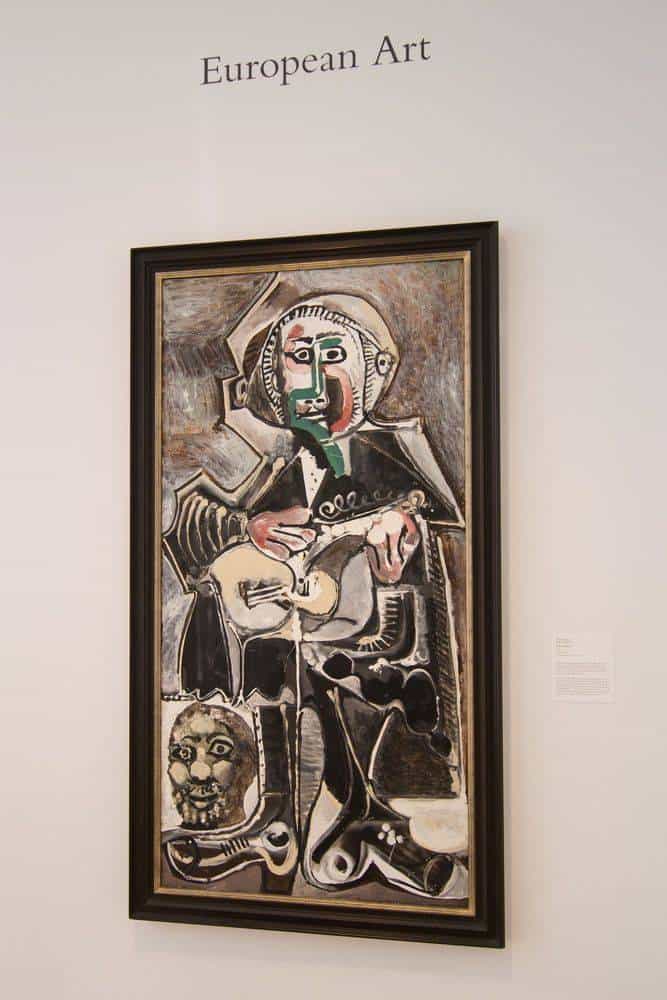 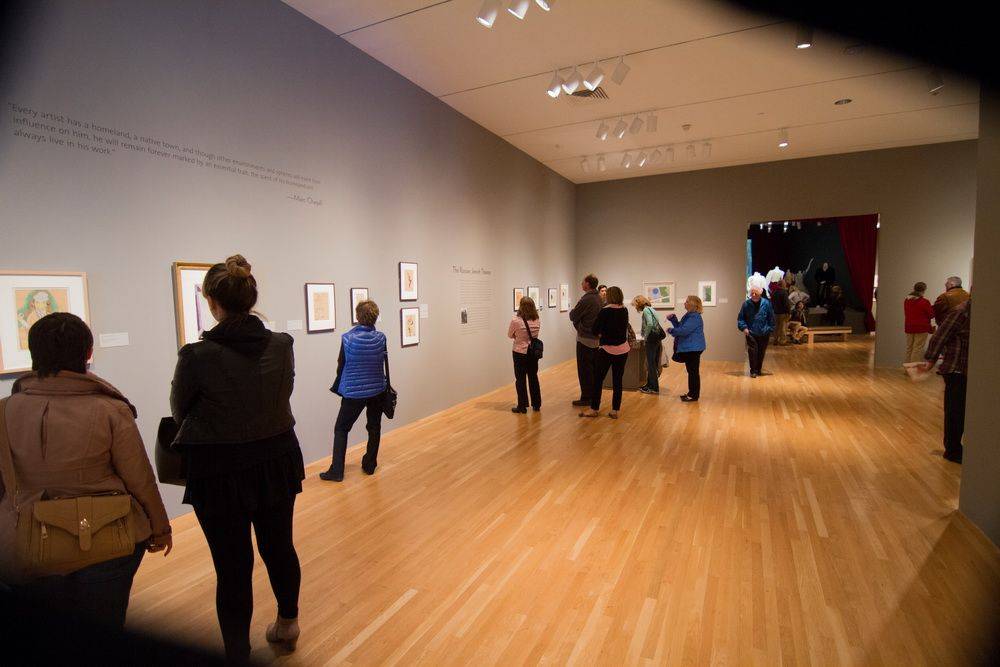 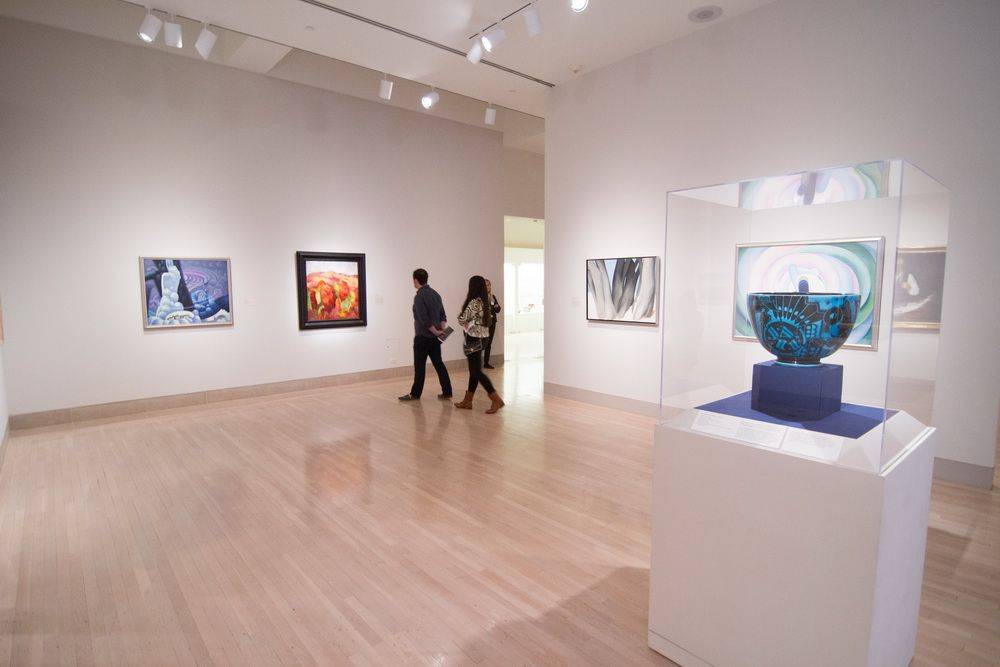 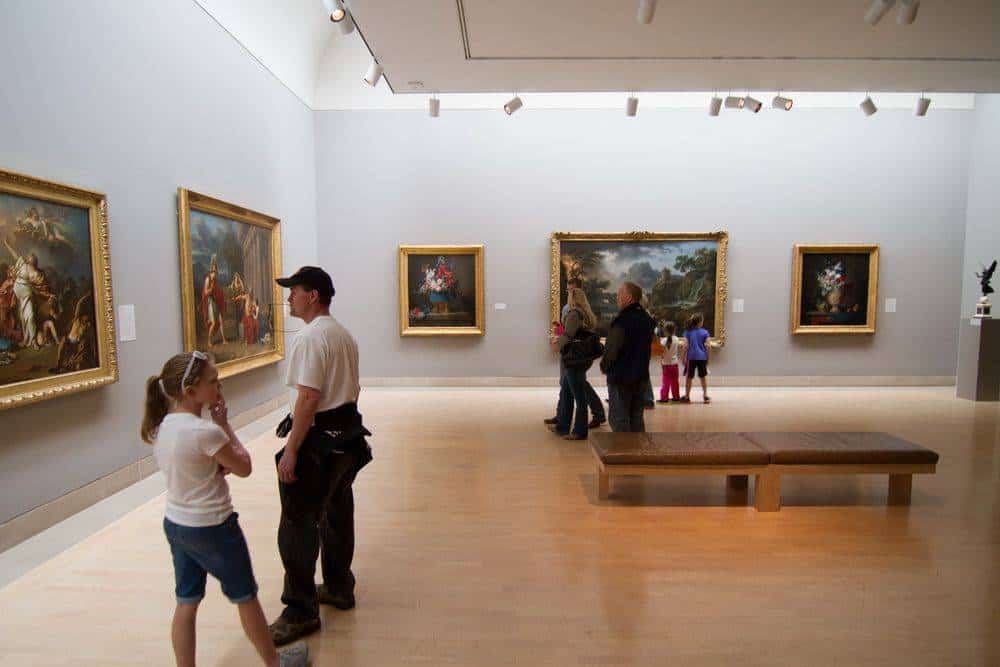 The very valuable collection of French paintings from the 18th century, which can be seen in the works of Gustav Courbet (“Fox in the Snow”, 1860), Claude Monet (“Hay in Lavacour”, 1880), paintings by Edouard Villard. The European collection is also supplemented by works by the Dutch, Germans, and Swiss of the 19-20th centuries. And in the collection of sculptures, you can see works by Giacometti.

In 1985, the Dallas Art Museum received a gift from publisher Wendy Reve a private collection of paintings that were previously at the Villa Four Reve “La Pause”, in France. The design of the villa was developed by Coco Chanel herself, and part of the original furniture was moved to the museum together with the collection. The latter has more than 1400 paintings, sculptures, and drawings of the Impressionists, post-impressionists, and early modernists. Among them are works by Cézanne, Domier, Degas, Gauguin, Manet, Monet, Pissarro, Renoir, Toulouse-Lautrec, and Van Gogh. 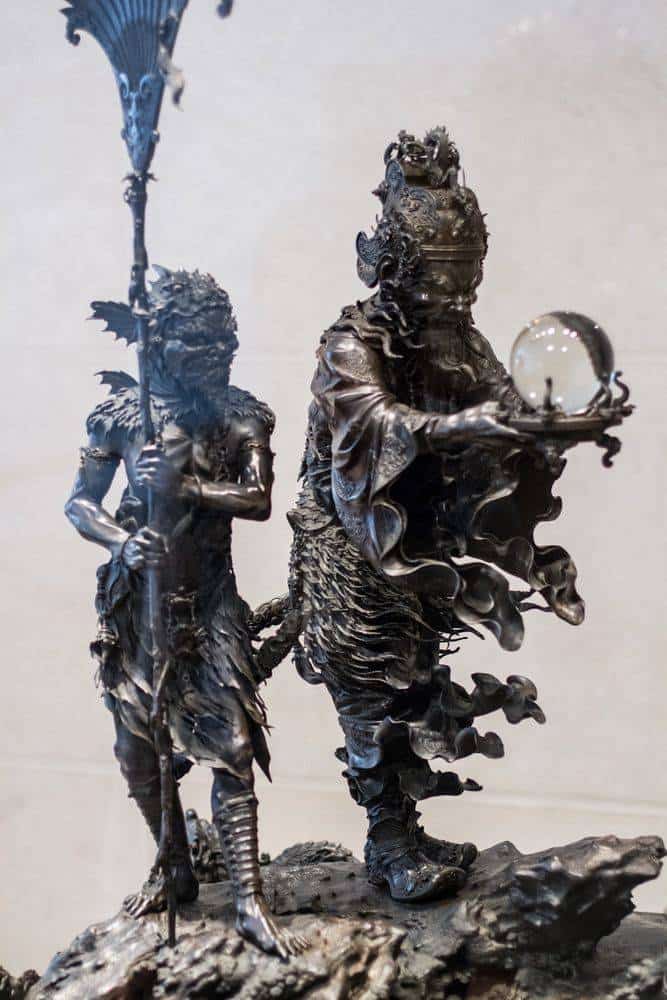 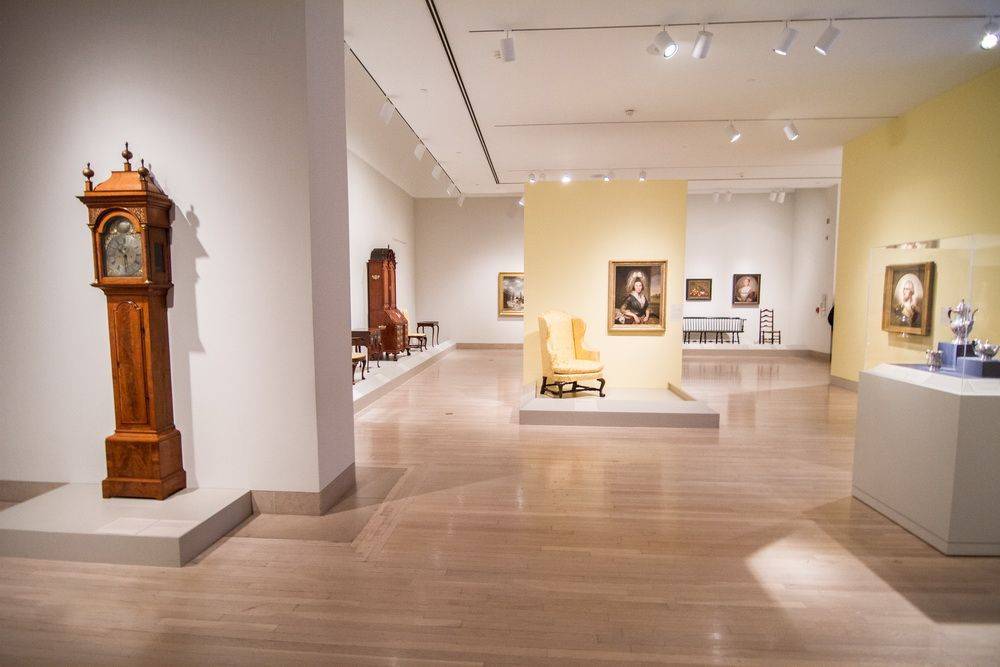 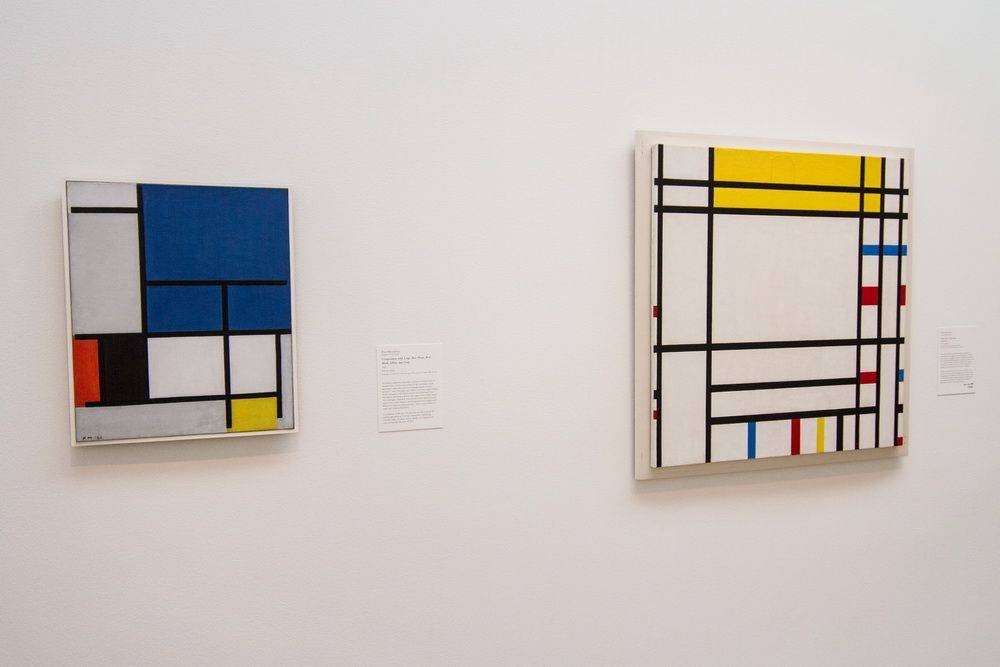 The collection also includes an incredible collection of Rodin’s sculptures, including rare marble works such as the first version of the Sirens, and even original pieces of wax used by the sculptor. Other interesting items in the Reve collection include imported Chinese porcelain, European furniture items, oriental carpets, elegant silver and bronze items, decorative glass, and rare books. 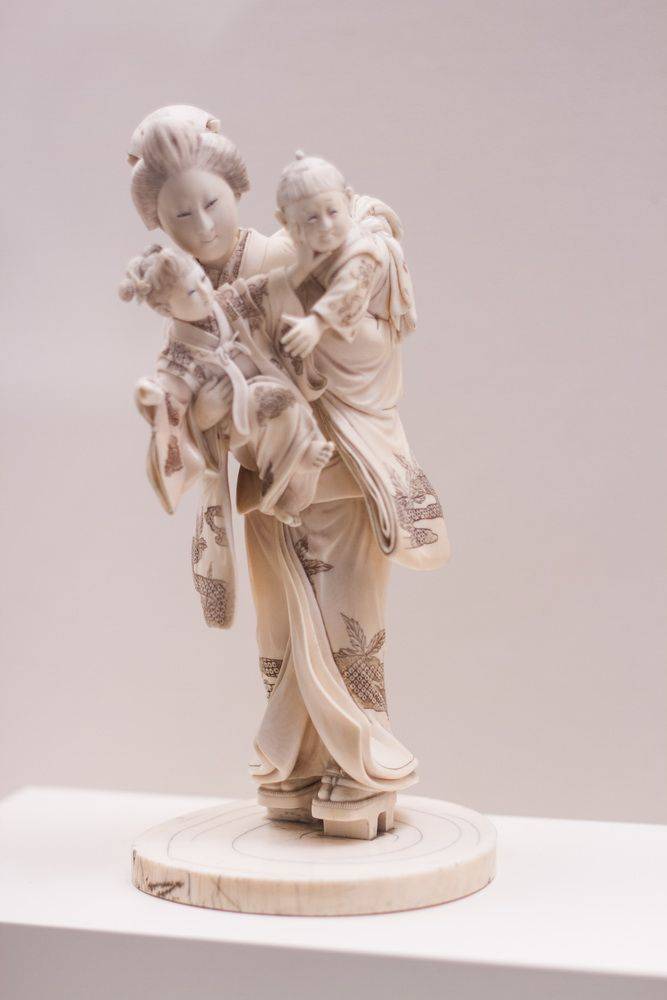 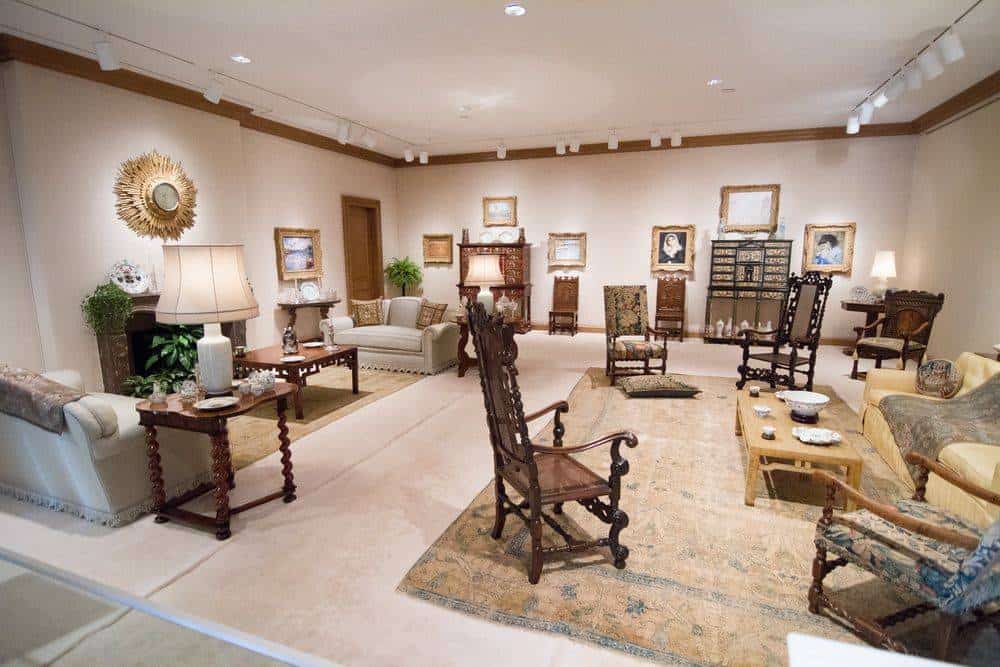 The exhibits in the African collection of the museum were received from West and Central Africa and date mostly from the 16th-20th centuries. Although earlier artifacts are also presented here (for example, a terracotta bust from Nigeria, which is approximately 2000 years old). Among the exhibits are statues, decorative objects, and weapons. 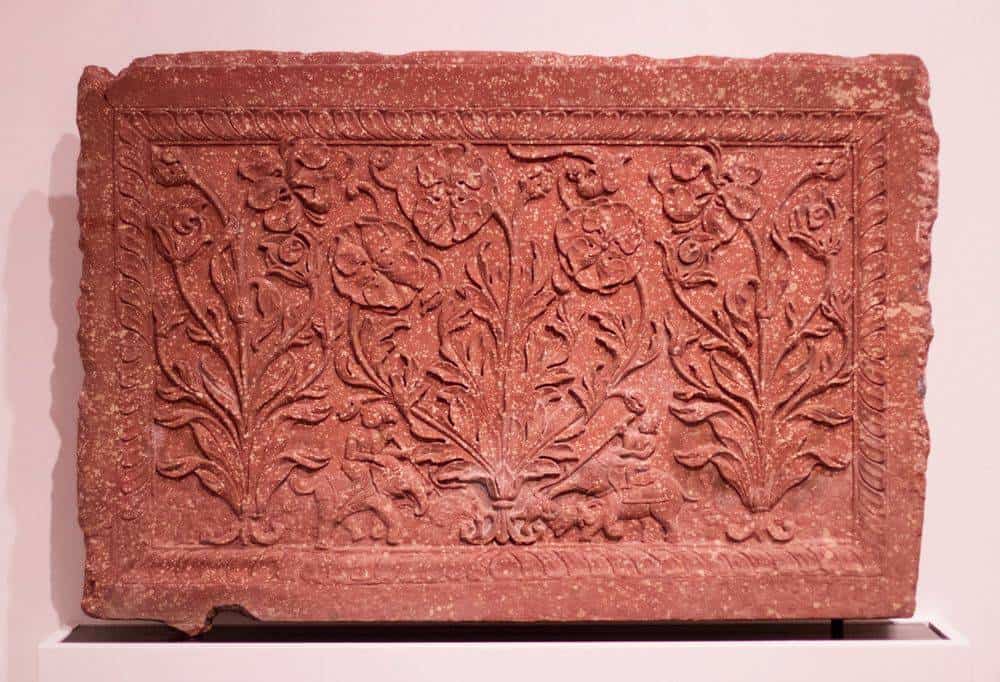 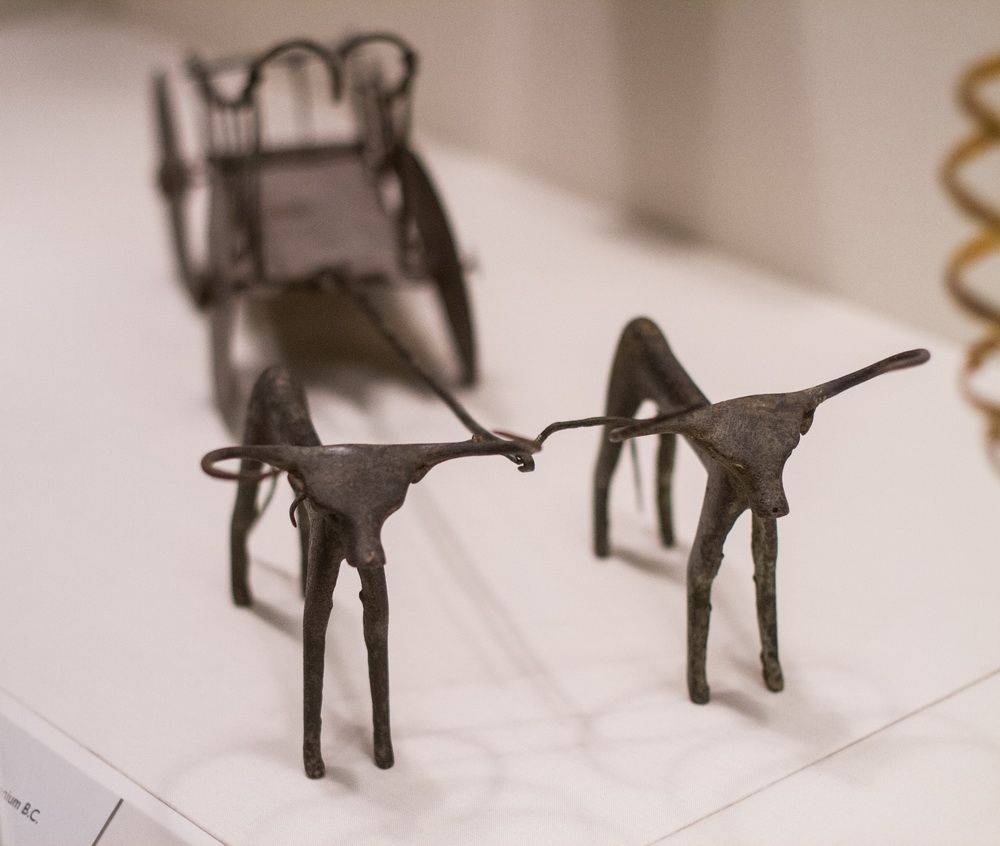 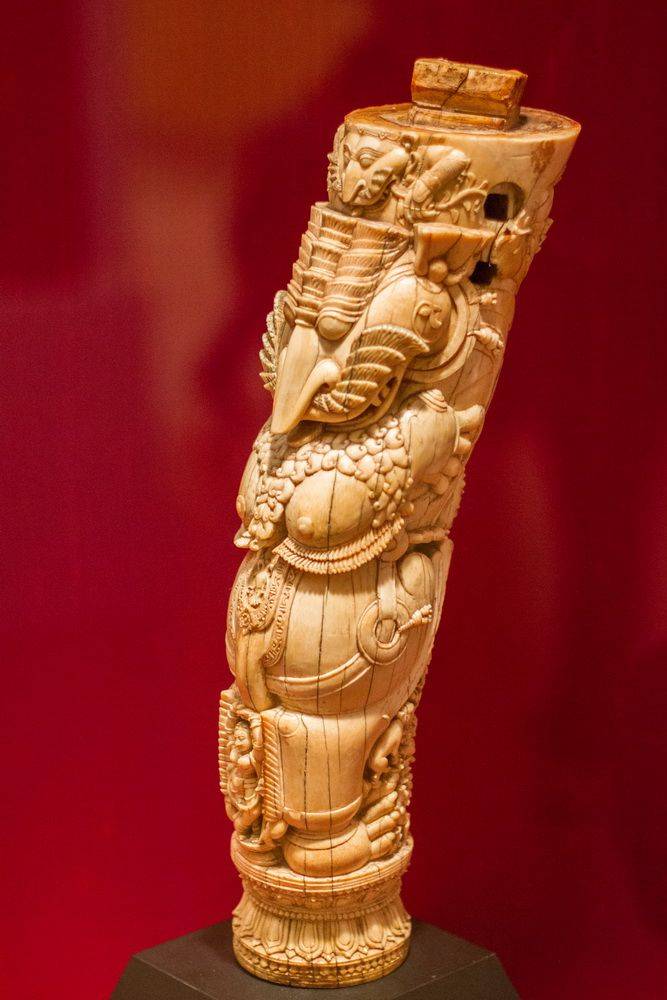 The collection of old American art is dedicated to the ancient civilizations that inhabited both the Americas before the European arrival. These are gold objects from Panama, Colombia, and Peru, terracotta statuettes, paintings, and, in particular, the head of the god Tlaloc (Mexico, 14-16 centuries). 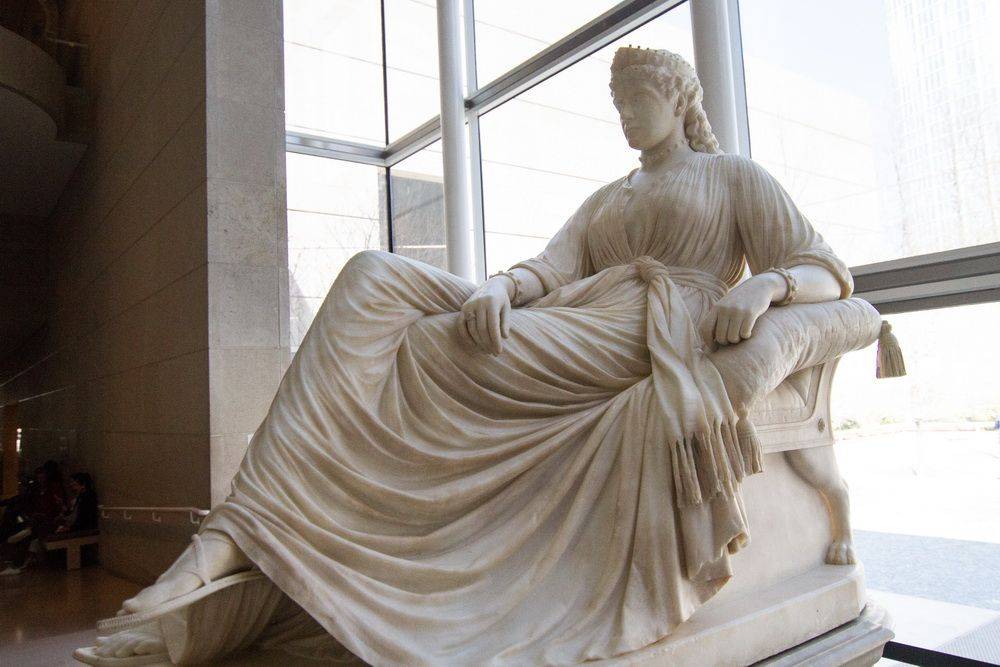 Of course, the museum also has a collection of American art in the modern sense of the word. It consists of sculptures, paintings, and drawings, from the colonial period to the Second World War, not only from the current United States but also from Mexico and Canada. Here you can see the works of Edward Hopper, Georgia O’Keefe, Gerald Murphy, Frederick Edwin Church. The post-war art is singled out as a separate exposition, where genres from abstract expressionism to pop art, from minimalism and conceptualism to installation, assembly, and video art are presented. Modern artists whose works are represented here include Jackson Pollock, Franz Klein, Jasper Jones, Robert Rauschenberg, as well as photographers Cindy Sherman, Lynn Davis, etc. 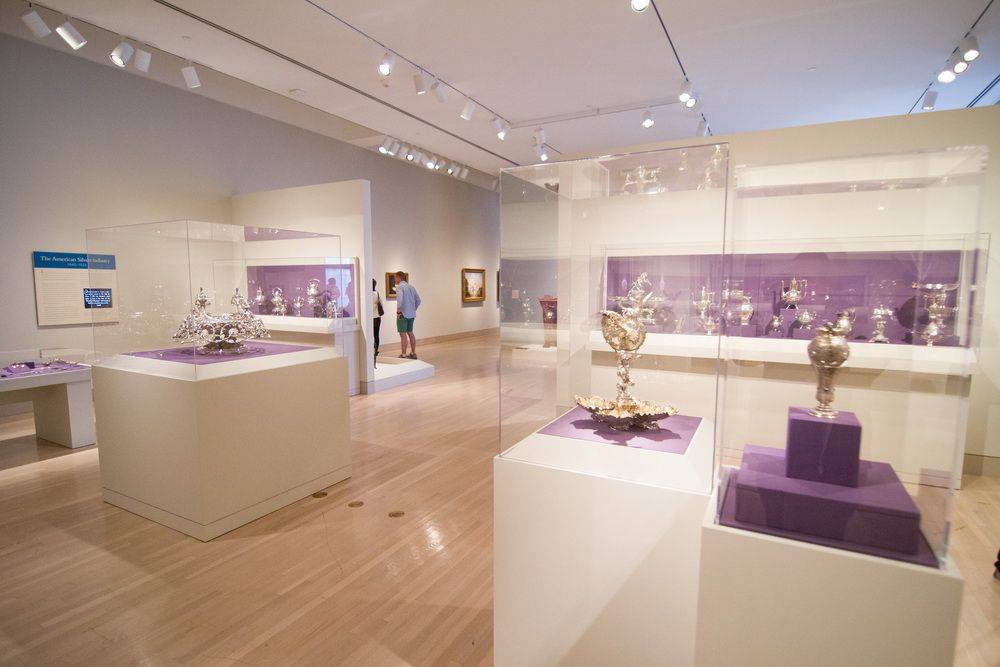 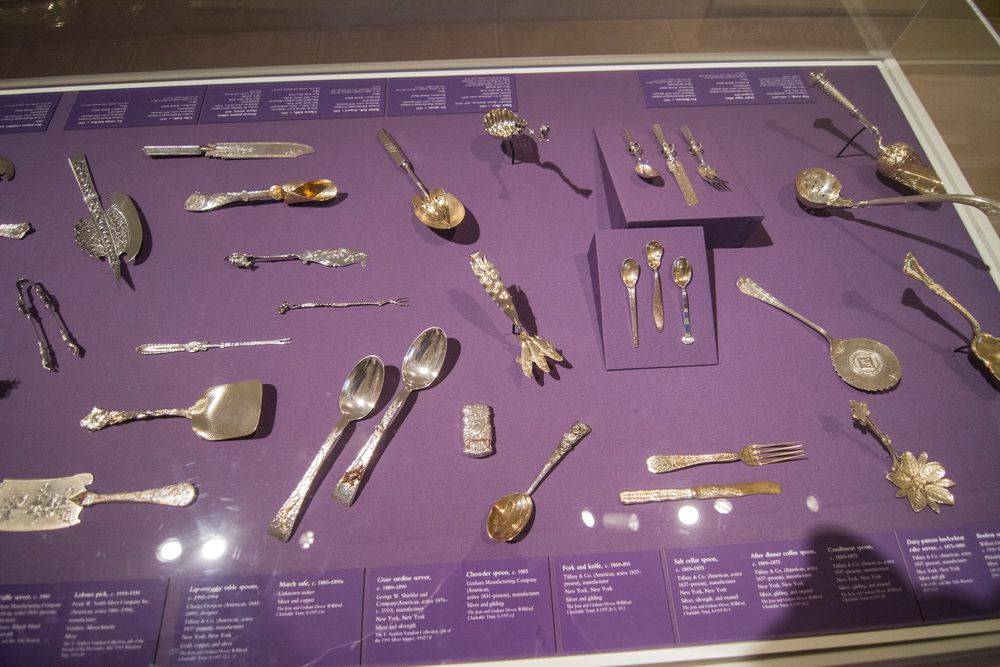 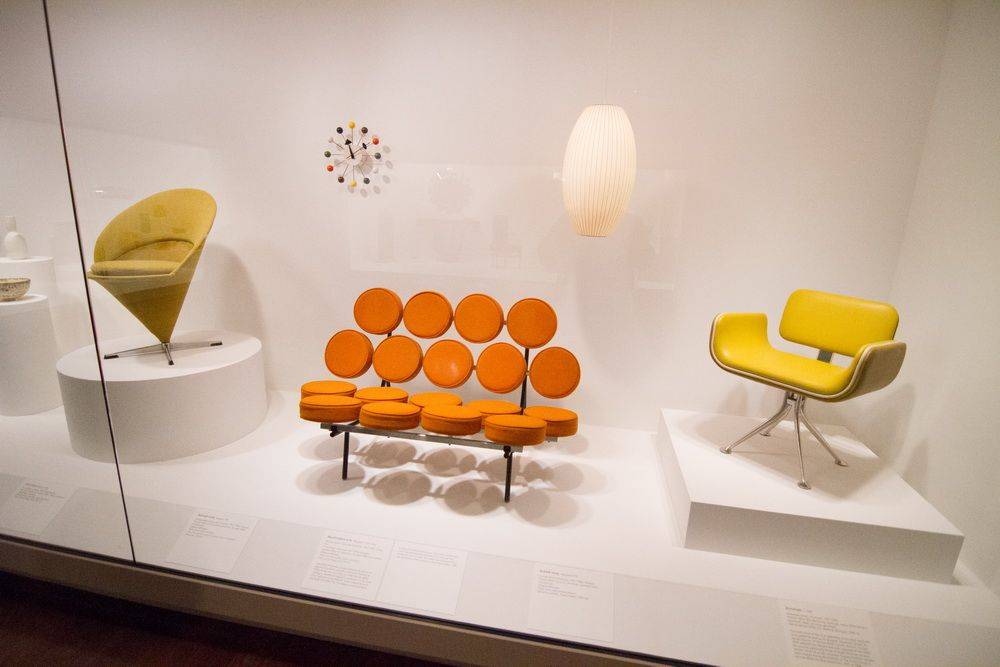 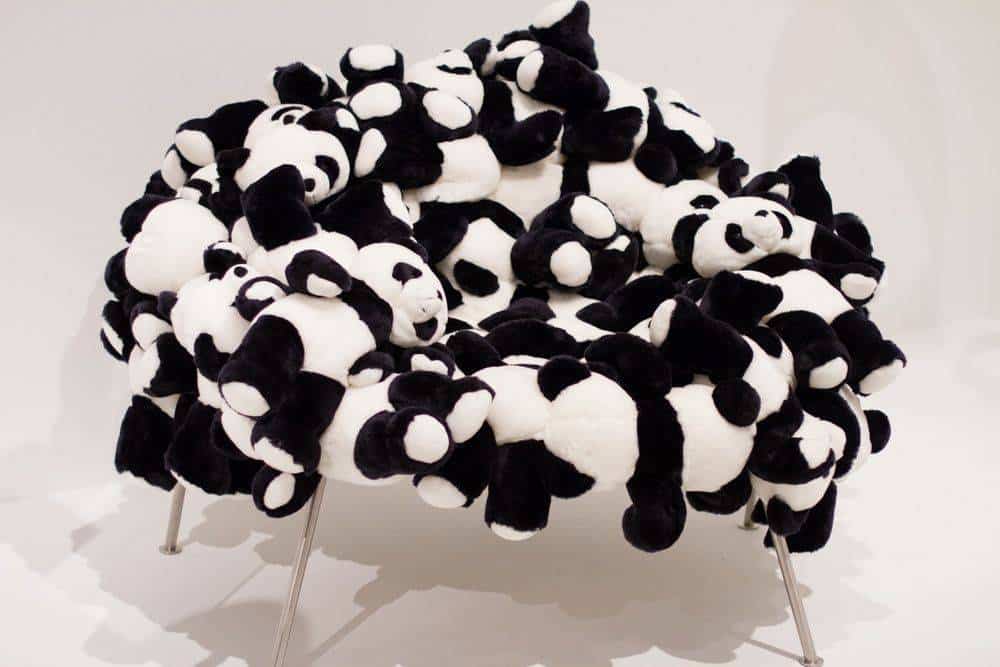 In addition to all the above, the museum owns a large collection of decorative and applied art, which consists of more than 8000 works, mainly from Europe and America. These are furniture, ceramics, glass, fabrics, and metal items. The oldest items are Irish and French silver (18th century).

After the summer renovation, the Dallas Art Museum reopened its European art galleries with rare works from the museum’s permanent collection, restored paintings and sculptures by old masters, as well as a collection of works by impressionists and modern masters.

The renovated galleries feature rare works from the museum’s permanent collection, restored paintings and sculptures by old masters, as well as a collection of Impressionism and Art Nouveau bequeathed to the museum after the death of Dallas philanthropist Margaret McDermott.

Under McDermott’s will, it was decided to reinstall European art galleries to accommodate new acquisitions. The last gift from the patron of art includes 32 works of art of the 19th and early 20th century, including paintings by Claude Monet, Pierre Auguste Renoir, Paul Cézanne, Edgar Degas, Edvard Munch, Pablo Picasso, Georges Braque, and others.

“McDermott’s generous will had such a transformative scale that we knew we would have to rethink the entire presentation of European art in our galleries,” said DMA director Agustin Arteaga in a statement. “With this new installation, we are providing visitors with a stronger and deeper story about the history of European art and adding a richer context for selected visitors to our collection.

The permanent DMA collection includes over 24,000 works of art covering 5,000 years of history. The reinstallation also includes works of art from the Medieval and Decorative Arts Departments. Among them are “Taking Off the Cross” (c. 1480-90), a monumental panel by the German master painter Derik Begert and “Ecce Homo” by Giulio Procaccini (c. 1615-1620).

The architecture of the Dallas Art Museum

Separate halls are reserved for household items. The rooms are divided into zones, which are decorated in the form of rooms with furniture (sofas, chairs, chairs, tables), carpets, bookcases and cabinets, cutlery XVII-XIX centuries.

In the gallery of dishes, you can see numerous glassware, ceramics, silver (ancient and modern). The Gallery of American Art, where the treasures of the Incas and Maya are exhibited, is always of great interest.

There are stands dedicated to the Wild West. The galleries recreate the interiors of the XVIII-XIX centuries. In the cubic glass window, there is a bust of J. Washington, on the wall, there is his portrait. 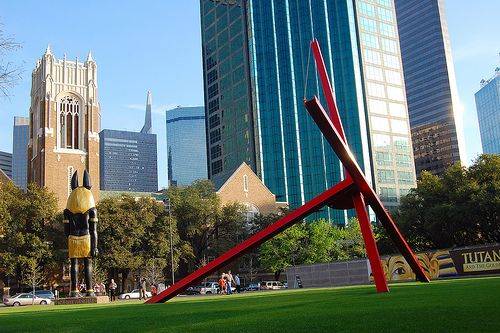 In 2007, The American Institute’s of Architects (AIA) highest award, the Gold Medal, was awarded posthumously to the modernist architect Edward Larrabee Barnes, who died in 2004. In this way, he stood alongside Thomas Jefferson, Ero Saarinen, Richard Neutra and Samuel Mockby, American architects who had not lived to see their outstanding contribution to architecture confirmed by their compatriots.

Edward Larrabee Barnes (1915-2004) graduated from Harvard University, where he studied under Walter Gropius and Marcel Breuer. His architectural style was a redesigned version of the European Modern Movement. At the same time, Barnes widely experimented with proportions and materials, creating a national version of modernism.

Entrance: inspection of the main exposition – free entrance. Inspection of special exhibitions – 16 USD for adults, 14 USD for pensioners (over 65 years), 12 USD for students, for children under 11 years – free of charge.