Home News David Shrigley tells us about his new book and why he chose... 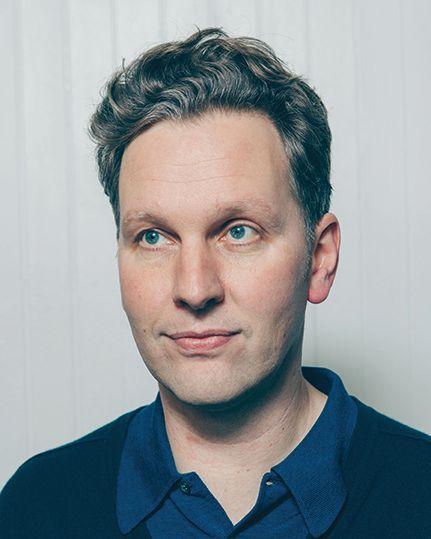 The British artist David Shrigley has been very busy making works over the past couple of years, especially during the UK’s Covid-19 lockdowns. “I must have done more than a thousand drawings since the pandemic [began],” Shrigley estimates. What he knows more precisely is that he has made more than 300 since moving to a new studio in April, as he tallies each work “like a prisoner ticking off the days on a wall”. Shrigley has “a slightly compulsive need to list or chart everything”, he says.

More than 200 of Shrigley’s works have been compiled in Get Your Shit Together, the artist’s first publication just featuring works of art in colour. Although the artist has published books before, usually there have been accompanying essays or texts by authors such as Will Self. In this case, though, everything in the book is Shrigley’s own doing—even the title page, credits and ISBN number are written out in the artist’s distinctive handwriting. “I don’t want anyone else writing in my book,” he jokes. “Part of the reason I enjoy [writing out the publishing details], is because it means the book is almost finished”.

Shrigley says he is happy now that his work can just stand on its own. “It’s not dry conceptual artwork or work that requires footnotes,” he says. There is no introduction to his new tome, it simply opens with a list of contents—in his own hand—followed by page after page of his offbeat works with their surreal statements (“strawberry milk cured my insanity”) and black humour (“I am not drowning, I am enjoying some peace and quiet at the bottom of the lake”).

One thing Shrigley did not—initially—have a hand in was the book’s title. “I always come up with what I think is a great title and [the publishers] always say ‘no, we couldn’t possibly go with that’.”

His lack of success with suitable titles is nothing new. He gives as an example the time in the early 2000s when he curated an exhibition of works from the National Gallery of Scotland’s collection. “I wanted to select works that were visually challenging, shall we say, and I wanted to call it ‘Yuck’. Some of the works I really liked and some of them were bog ugly,” he says. “They wouldn’t let me call it ‘Yuck’ and it ended up being called ‘Hmmm…’,” he laughs. “It’s kind of worse.”

For his new book, Shrigley asked the team at the US publisher Chronicle Chroma to come up with a dozen titles from which he could pick one, otherwise, “I’m going to wrack my brains and come up with something which I think is genius and you think is rubbish and unacceptable”.

“I selected Get Your Shit Together because it’s already an artwork,” he says. And “also it’s an American publisher and they’re notoriously conservative, so it’s good that they have the word ‘shit’ on the cover of the book.” The text work, which consists of jumbled letters, also serves a more mischievous purpose: “It’s really challenging for dyslexic people and I have a lot of people in my life who are dyslexic—so it amuses me.”