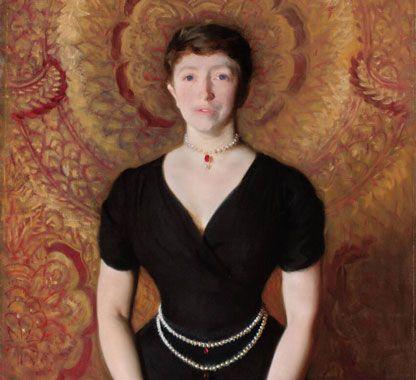 The latest publications in the Look Again series aim to “open up the conversation about British art” by referring to key works in the Tate’s collection. The new books explore Fashion, The Sea, Complicity and Visibility by the critic and broadcaster Shahidha Bari, the author Philip Hoare, the artist Jay Bernard and the photographer Johny Pitts respectively. Hoare looks to Maggi Hambling and William Blake, reframing works about the sea “within a social and political perspective rather than a chronological or art-historical one”, the publishers say. Look Again: Visibility features sketches by Tate staff such as Marcia Henderson, a member of the security team at Tate Britain.

Nathaniel Silver and Diana Seave Greenwald, both on the curatorial staff at the Isabella Stewart Gardner museum in Boston, have drawn on the personal archive of the celebrated philanthropist and collector, bringing to light new details about her art tastes and collecting activities along with her vision for her palazzo-style museum. The authors explore for instance Bernard Berenson’s role as Gardner’s art advisor, helping her acquire works by Titian, Sandro Botticelli and Fra Angelico. Other interesting nuggets include Gardner’s run in with the IRS, which collects federal taxes (the millionairess owed more than $200,000). The authors also discuss an 1888 portrait of Gardner by John Singer Sargent in a plunging neckline, which was considered particularly daring at the time and only displayed in her private gallery.

What is African Art? A Short History, Peter Probst, The University of Chicago Press, 248pp, £28 (pb)

Peter Probst explains his reasons for writing his new book about African art, saying: “In response to the public discussions of blackness and the manifold legacies of slavery, museums and universities have started to restitute African artifacts and decolonise their curricula. Given the dynamic character of these developments, it is astonishing that a full monographic historiography of African art studies is still missing.” This detailed study spans more than a century of African art, charting how museums, curators and scholars began documenting aspects of the genre in the late 19th century through to “the quest for a decolonial future”. Chapters cover topics such as “challenging representation: postcolonial critique and curation” and “tradition and tribality in the Cold War era”.

This lavish (and very expensive) account of the Vatican and its succession of ruling Popes outlines the historic and cultural development of the smallest state in the world, from the founding of the Holy See in the ancient city of Rome to present-day challenges faced by modern pontiffs such as John Paul II (1978-2005) and Benedict XVI (2005-13). A caption on the Papal Portrait Gallery describes how it was founded in the sixth century by Pope Leo I, saying: “Pope Pius IX (1846–78) commissioned the portraits that can now be seen in the basilica, with a new portrait added on the election of each new pope; there are currently 273 mosaic medallion portraits. Some errors have slipped in along the way: There are three portraits of popes who never existed.”