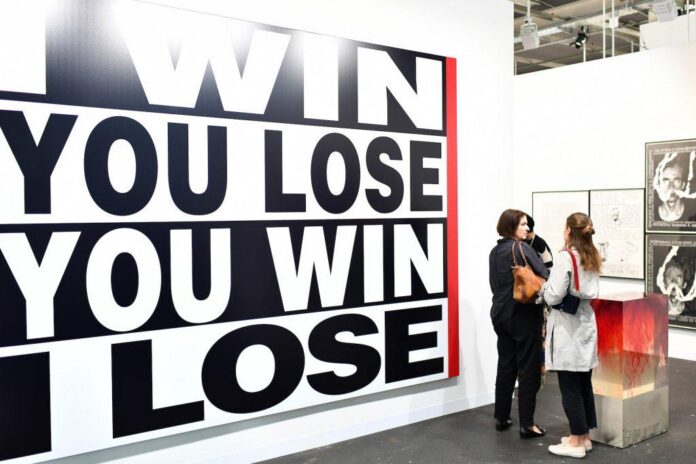 Barbara Kruger is in the news. The feminist artist who came to prominence in the 1980s is having a major moment at the Venice Biennale, with her site specific work Untitled (Beginning/Middle/End) making a statement in the central exhibition at the Arsenale. Meanwhile, in New York. a large-scale commission for the atrium of the Museum of Modern Art is in place through January 2022 and a series of recent works is on view across David Zwirner’s three West 19th Street spaces.

Since the 1970s, Kruger has developed a distinctive visual language by overlaying poignant textual slogans atop black-and-white photographs and found imagery from magazines and textbooks. The juxtapositions often point out the absurdity or injustice of the power dynamics that define contemporary society and often go unspoken. Many of her most famous works were made in the 1980s—but, as evidenced by her recent turn on the cover of , current events have made them feel more vital than ever.

So what does this new relevance foretell about her market? We took to Artnet’s Price Database to investigate.

Lowest overall price: $544, for a flag screenprint in colors printed on cotton. 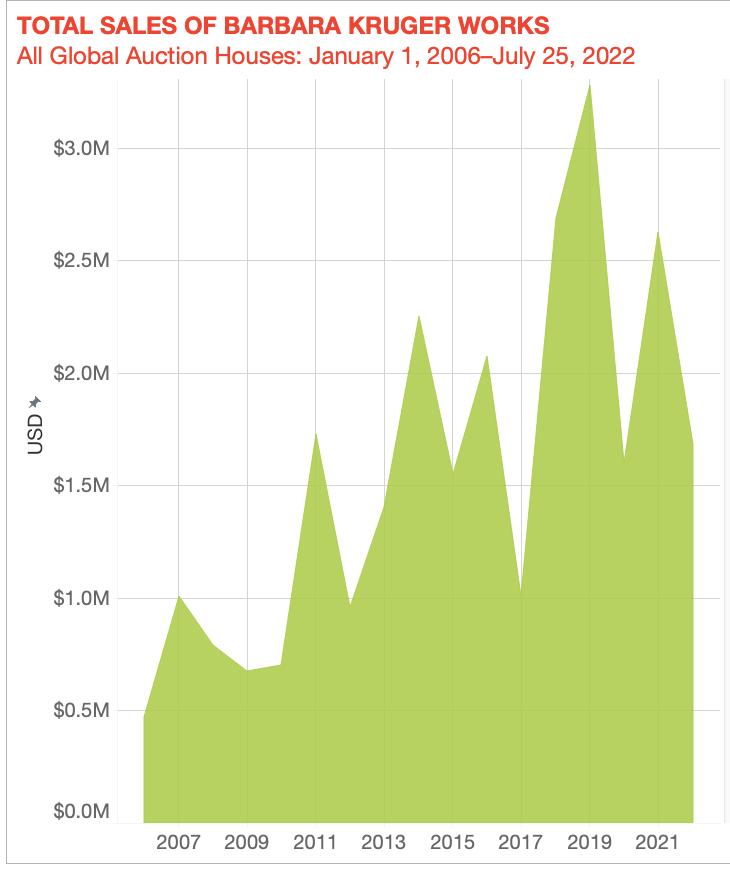 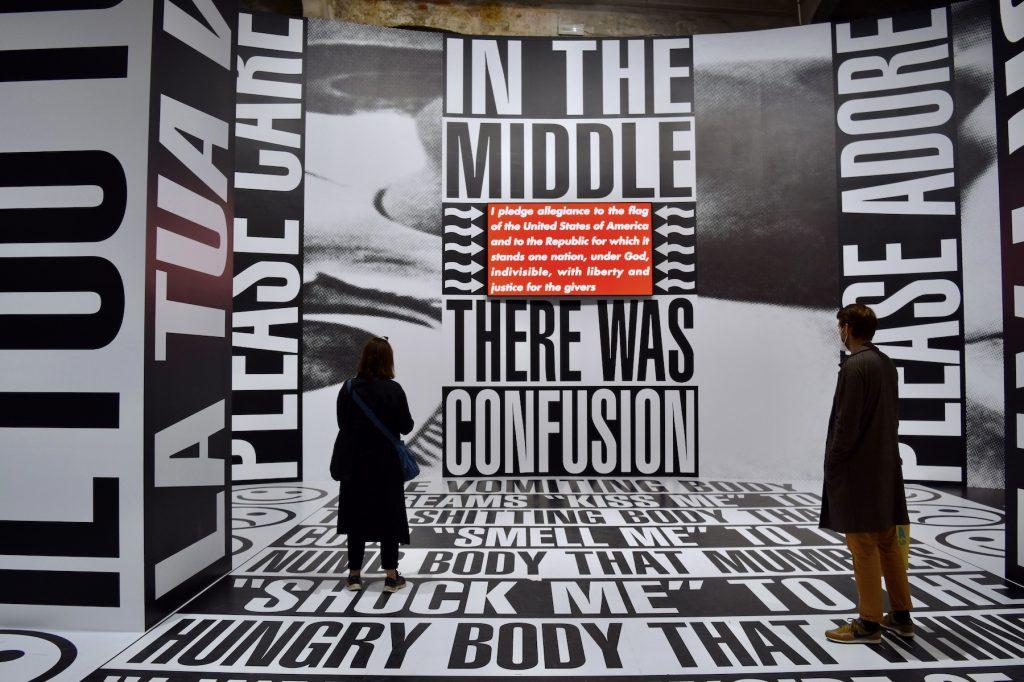 Kruger’s distinctive visual vernacular has permeated the public consciousness—outside the art market, her work has entered the homes (and Instagram feeds) of many through mass reproductions. At the same time, her aesthetic has unironically been absorbed by streetwear brand Supreme and other corporations. Kruger’s anti-hierarchical stance means she has not resisted these imitations—and does not see their existence as diluting the power of her own work.

There was a period in which the cohort of collectors for Kruger’s work was relatively small, but the audience has expanded in recent years. Throughout her career, there has been no shortage of curatorial, institutional, and critical support of her work, and demand from museums remains strong.

Her poignant social commentary and vital feminist works from the 1980s are enjoying new relevance in an increasingly oppressive political and social environment. As Kruger told the earlier this year, “It would be kind of good if my work became archaic.” Alas, not yet: Last year’s record was set for the 1981 work, Untitled (Your Manias Become Science), which feels increasingly relevant in an age of climate change denial and pandemic conspiracy theories.

The progression of Kruger’s market can also be understood in the context of broader attention being paid to a group of important women photographers and graphic artists primarily working with female gallerists—think Mary Boone, Metro Pictures, and Sprüth Magers. While Cindy Sherman’s market took off more quickly than the others, we are now seeing work by the likes of Louise Lawler and Sherrie Levine gaining traction, too—and Kruger is at the center of it all.