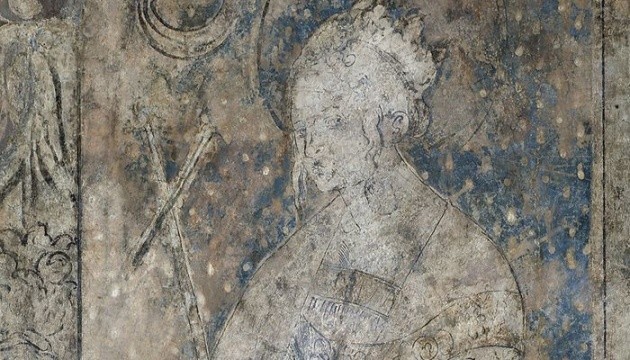 The painting, hidden under the mud that has accumulated over the centuries, was found during restoration work on the wall of the Gothic cathedral, built between 1137 and 1160. The work of art is located above the doorway in the part of the church that is dedicated to the souvenir shop. In November – a few weeks after its opening – the diocese initiated a meeting of researchers and scholars to determine the origin of the work.

Everyone agreed that the work almost certainly belongs to the artist himself or, at least, to his studio. “The quality of the drawing reminds Dürer,” said Bernd Euler-Rolle, director of the Federal Office of Monuments in Austria, reports Kronen Zeitung.

Another expert has gone even further. “The question is not whether the drawing belongs to the artist, but when Dürer was in Vienna. The strokes clearly show the artist’s hand,” said the painter’s expert Erwin Pokorny to the Vienna daily newspaper Die Presse.

The drawing for painting was made on plaster presumably in 1505. The painting is a triptych with a central image of Saint Leopold, the patron saint of Austria, and Saint Catherine and Saint Margaret on the left and right panels respectively. Durer may have sketched two female saints, but he did not complete them. If so, it’s not clear why he didn’t finish the work himself.

One theory suggests that the wall painting was commissioned by Emperor Maximilian I of the Holy Roman Empire. As you know, Dürer served him from about 1512, but it is likely that their relationship has developed before. In the biography of the artist, which was written in the XVII century specialist in Baroque art Joachim von Zandrart, it is said that the Emperor asked Dürer to perform a large mural, but no other mention of this work. In an interview with Die Presse, art historian Michael Rainer admitted that this was the work in question.

Durer may have wrapped up in Vienna to visit his friend Conrad Celtis, a humanist scholar who lived in the city from 1497 to 1508, writes Art Newspaper. This was the stop the artist could make on his way from Nuremberg to Venice in 1505. The theory is supported by Dürer’s famous drawing made in Windisch, southern Austria, on the way. The work is a portrait of a laughing peasant woman and is now in the collection of the British Museum.

The cathedral began a large-scale project to preserve the work, cleaned it and took small samples for chemical analysis. All results will be published in the Austrian Journal of Art and Conservation.

It is not yet known how the upcoming exhibitions, such as “Voyages of Dürer. The “Voyages of the Renaissance Artist” at the National Gallery in London (13 February – 16 May 2021) will highlight the possibility that the painter travelled through Vienna. For now, the show plans to cover the time spent by the artist in the Italian Alps, Venice and the Netherlands.

The museum refused to comment on the new opening.