Home News Editors’ Picks: 11 Events for Your Art Calendar This Week, From Andy... 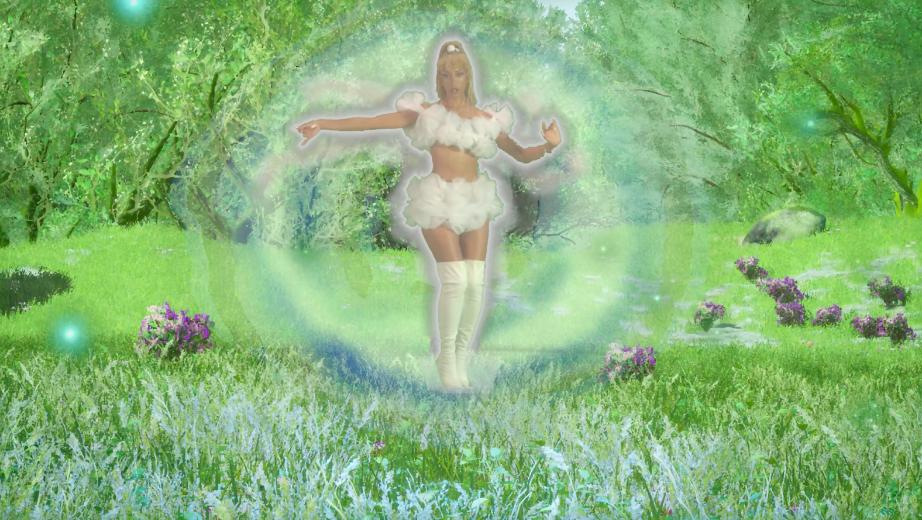 Kesh, . Photo courtesy of the artist and Times Square Arts.

This month’s “Midnight Moment” from Times Square Arts turns 90 electronic billboards in Times Square into a portal to a verdant landscape filled with flowers, rivers, and trees. Artist and musician Kesh—who appears like a vision floating through the grass in the video—has also composed a new song, “What Lies Beneath,” to accompany the piece. She will close out the month-long presentation with an hour-long DJ set at 11 p.m. on August 25. 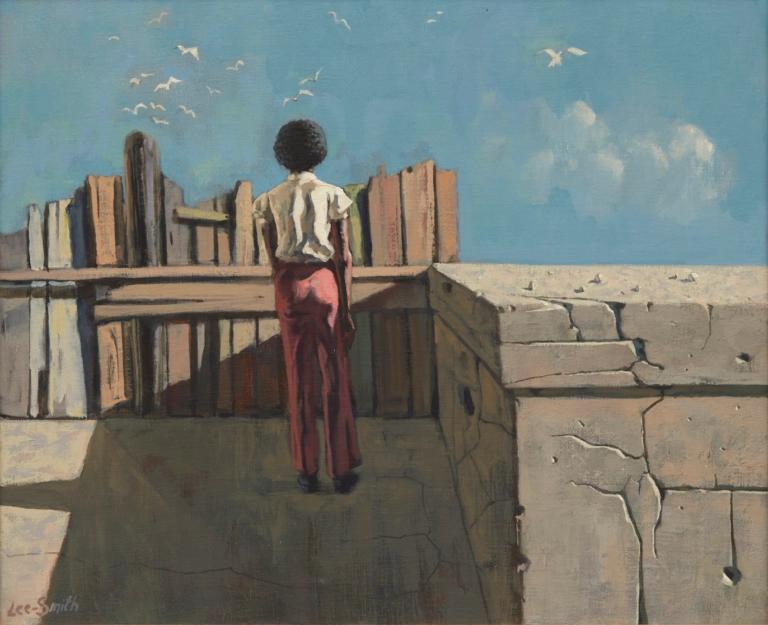 The late artist Hughie Lee-Smith’s works are a compelling combination of social realism with a surrealist tinge, informed equally by his years working for the Works Progress Administration and as a painter in the Navy, and by the reality of 20th-century life in America. Scenes of carnivals and beach-front jaunts are not the colorful tableaux one might expect, but are painted in a muted palette and feel distinctly isolated. Lee-Smith’s career took him from the Midwest, where he encountered artists like Charles White, Gordon Parks, and Margaret Taylor-Burroughs, to the East Coast, where he ultimately worked as an instructor at the Art Students League of New York and was an artist-in-residence at Howard University. The solo exhibition at Karma is accompanied by a new illustrated monograph with texts by Steve Lock, Hilton Als, and Lauren Haynes. 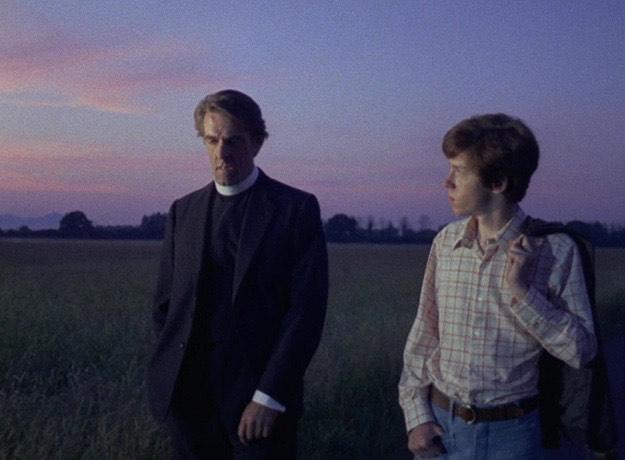 A still from the 1974 film Penda’s Fen. Courtesy of Narrow Rooms.

Filmmaker Adam Baran is launching a monthly anti-establishment film series. Named for James Purdy’s twisted southern gothic S&M novel, “Narrow Rooms” aims to show the true scope (and underbelly) of gay cinema and the films ignored by the homogenized and neutered content found on streaming services. “These are films that are sexually charged, edgy, and feature extreme character interactions,” Baran says. “These movies are not in the mainstream and were controversial at the time of their release.” Baran, who co-curated the Queer/Art/Film series at the IFC Center for 12 years, is debuting his program with , a bizarre 1974 British coming-of-age film where boyhood sexuality leads to Neo-paganism and socialism. For the next outings, Baran promises a “Brazilian sci-fi fisting epic and gay proto-.” 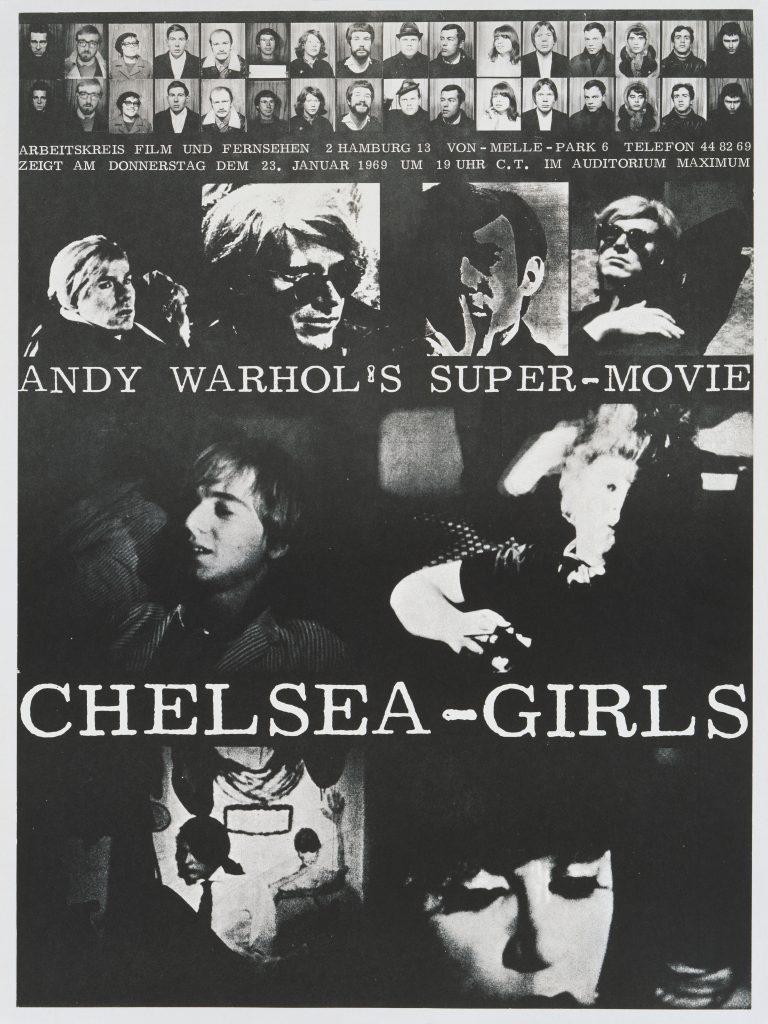 A 1969 poster for a screening of ‘Chelsea Girls’, by the Arbeitskreis Film und Fernsehen of the University of Hamburg, Germany. (Photo by Movie Poster Image Art/Getty Images)

Anthology Film Archives’ three-film mini-program, “Andy Warhol’s Durational Cinema,” includes the literal snooze fest  and it’s unofficial endurance test companion  Whereas these films are all concept and utterly devoid of plot, rounding out the series is the 1966 split-screen  which is chock full of clashing and colliding vignettes of junkie allure and bohemian decadence.

The film features Warhol superstars and hangers-on, standout cameos include acerbic amphetamine teeth-grinders Ondine and Brigid Berlin (who is depicted jabbing a hypodermic needle through her jeans—sans special effects—to shoot up), and the entrancing Nico. Hallucinatory, emotional, disturbing, and aesthetically exquisite, needs to be experienced projected on the big screen, and lives up to its reputation as an experimental benchmark. 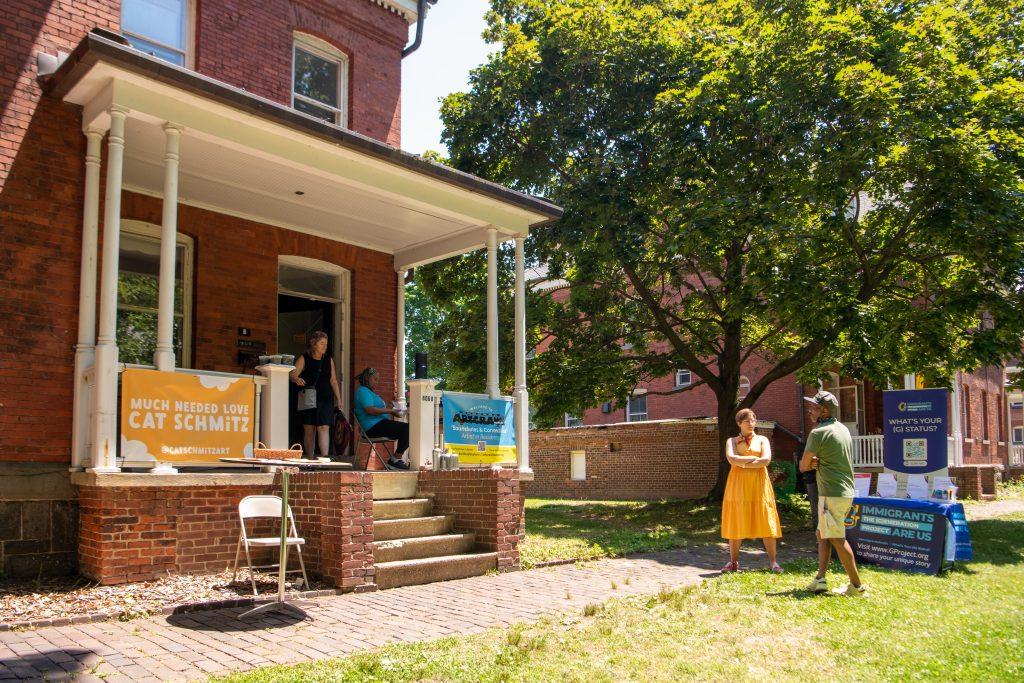 ArtCrawl Harlem in Colonels Row on Governors Island, one of more than a dozen Organizations in Residence that will present free workshops and open studios during Governors Island Arts’ House Fest. Photo by Julienne Schaer, courtesy of the Trust for Governors Island.

One of my favorite summer activities is visiting Governors Island, where the former homes of Coast Guard officers and their families now serve as seasonal outposts for a variety of cultural organizations, many of which host quite excellent art exhibitions. This weekend is a celebration of this year’s two dozen organizations in residence, which include the Museum of Contemporary African Diasporan Art (MoCADA), the Climate Museum, the West Harlem Art Fund, and 4heads, the organizer of the long-running, beloved Portal Governors Island Art Fair.

In addition to the summer shows, the weekend will feature dance and music per­for­mances, inter­ac­tive work­shops, and pan­el dis­cus­sions, among other free activities. The island’s Nolan Park will also be one of 80 locations across the city taking part in Dance Party NYC on Saturday at 3 p.m., featuring music from DJs Agua­pan­ela Mami and Yung Mayne, the Brook­lyn Unit­ed March­ing Band, and Brass Queens. 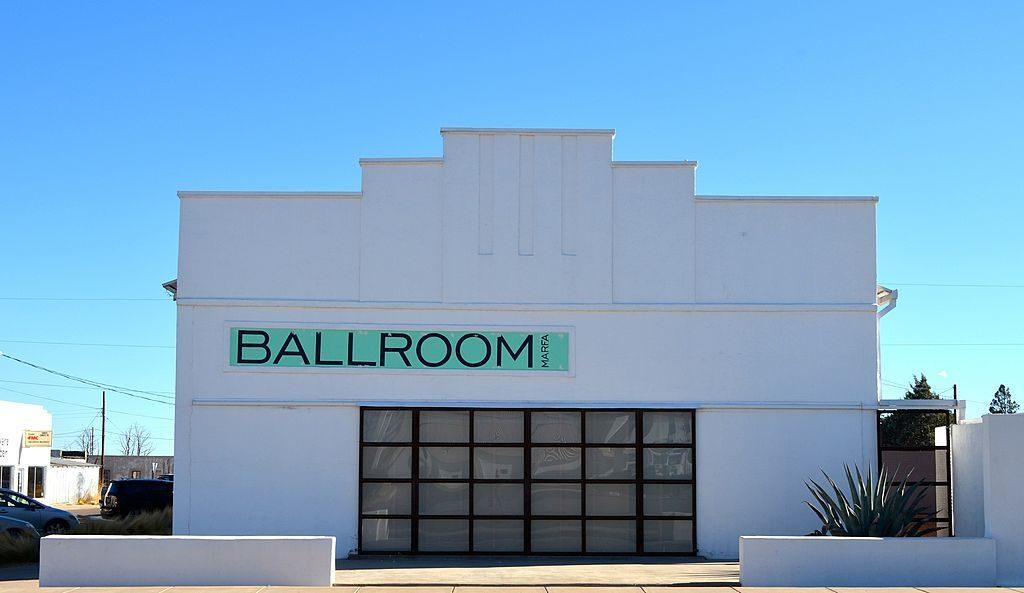 The Hamptons’ summer art gala season continues with a guest appearance from an institution from Marfa, Texas, another tony art world destination. The dress requirement for Ballroom Marfa’s benefit party is “magical festive attire,” with food by chef Yann Nury and tequila from Casa Dragones, which is known for its collaborations with artists. The festivities also include aerialist performance by Adrian Pia and dancing under the stars. Former Ballroom artist-in-residence Helado Negro, an Ecuadorean American musician, will DJ the event. 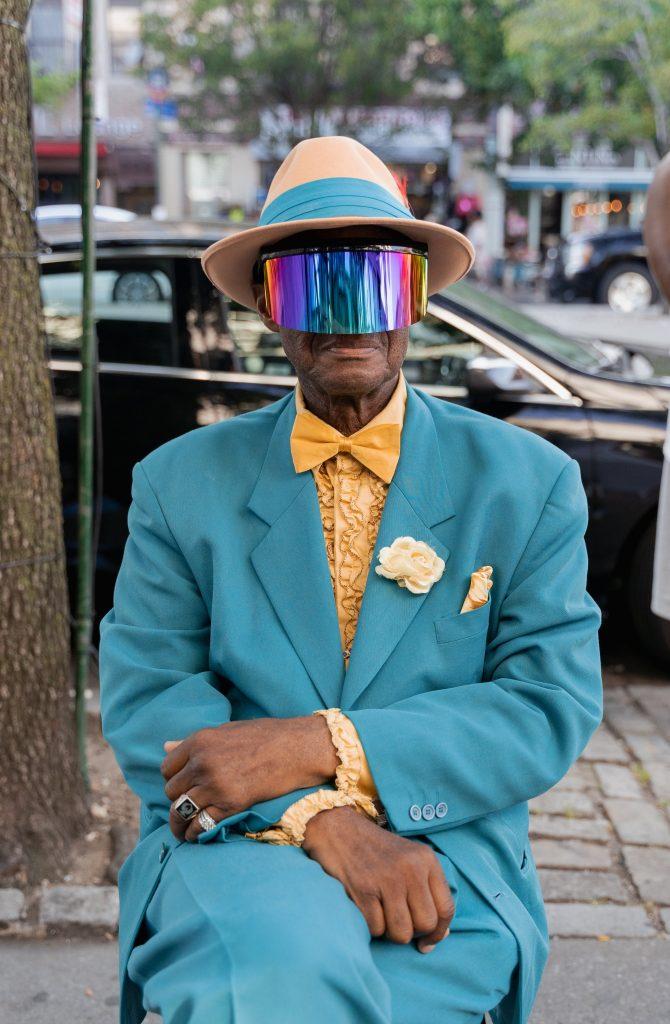 Nonprofit Faces of Harlem hosts the second edition of its eponymous outdoor public art show celebrating the people of Harlem, with 100 portraits by 10 contemporary photographers—plus three teenage photographers. The show looks to create a greater sense of community among Harlemites, and to uplift the experiences of local Black and Latinx residents. 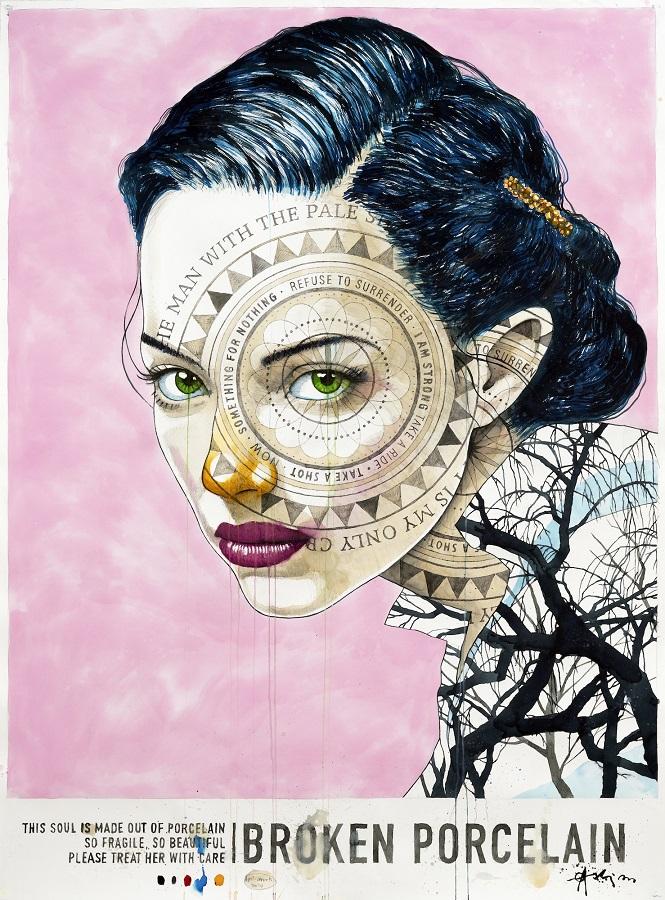 In 2014, Ole Aakjær was burnt out from the Copenhagen  grind and ditched advertising after 25 years. He combined his marketing agency layout chops and graphic skills with a rekindled comic book affinity into an art career. Some of the 12 paintings in the show “Miss Multitude” (on view until August 13) might look like exquisite ad mockups, while others have the vibe of esoteric propaganda posters. All of them feature women. The artist, who has a simultaneous show in Montreal, sees them as self-portraits. 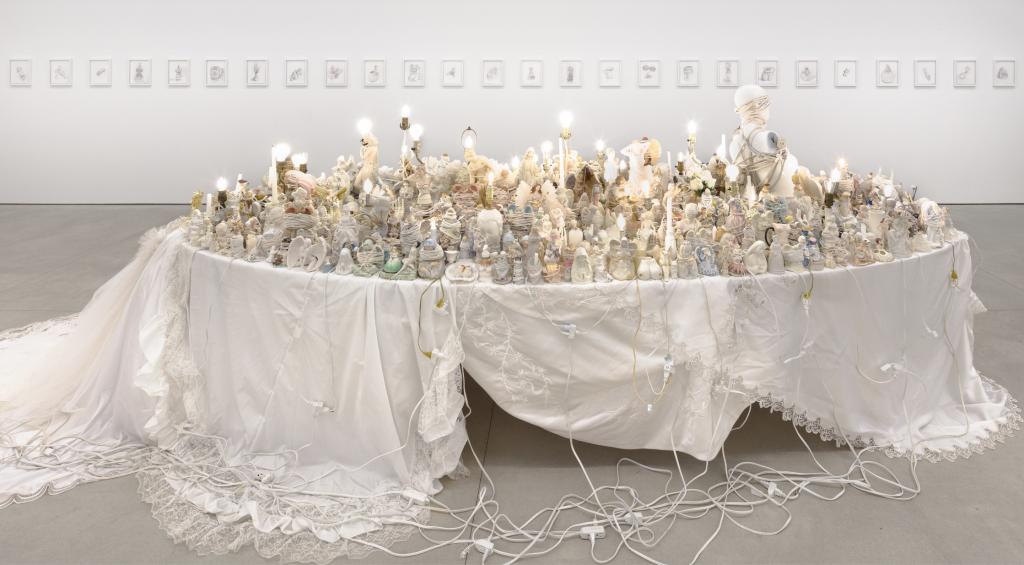 Portia Munson’s best known piece is probably her 1994 installation , an overwhelming array of pink plastic products that debuted at Marcia Tucker’s historic “Bad Girls” exhibition at New York’s New Museum. For her new show at P.P.O.W., Munson continues exploring issues of the commodification of femininity and consumerism’s role in our mounting ecological crisis with an all-white table piece, . It features hundreds of objects sourced from second-hand stores, yard sales, and flea markets, all featuring the female form, displayed on a tablecloth made of used wedding dresses. Each figurine or knickknack is tightly wrapped with strings or electrical cords, suggesting violence and suppression. Other works on view include 50 drawings from Munson’s “Functional Women” series, of objects like mugs or ashtrays that take the shape of the female body. 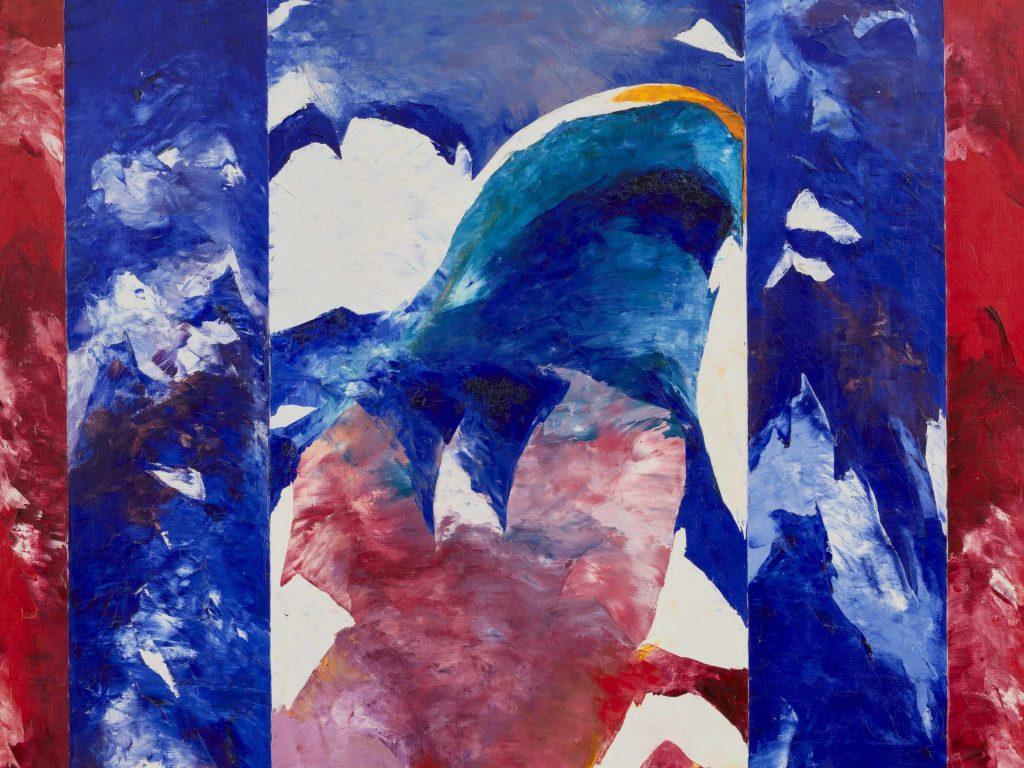 Bay Area Abstract Expressionist Sonia Gechtoff, who died in 2018, was one of just four women among 57 artists included in the “Younger American Painters” group show at New York’s Guggenheim Museum in 1954. But she was, like so many women artists, written out of art history, despite continuing work up until her death. A moment of rediscovery came with the 2016 Denver Art Museum show “Women of Abstract Expressionism.” Now, Kaufmann Repetto brings together a selection of Gechtoff’s work from 1958 to 2017, including works from the 1970s, when she had transitioned from oils to acrylic. 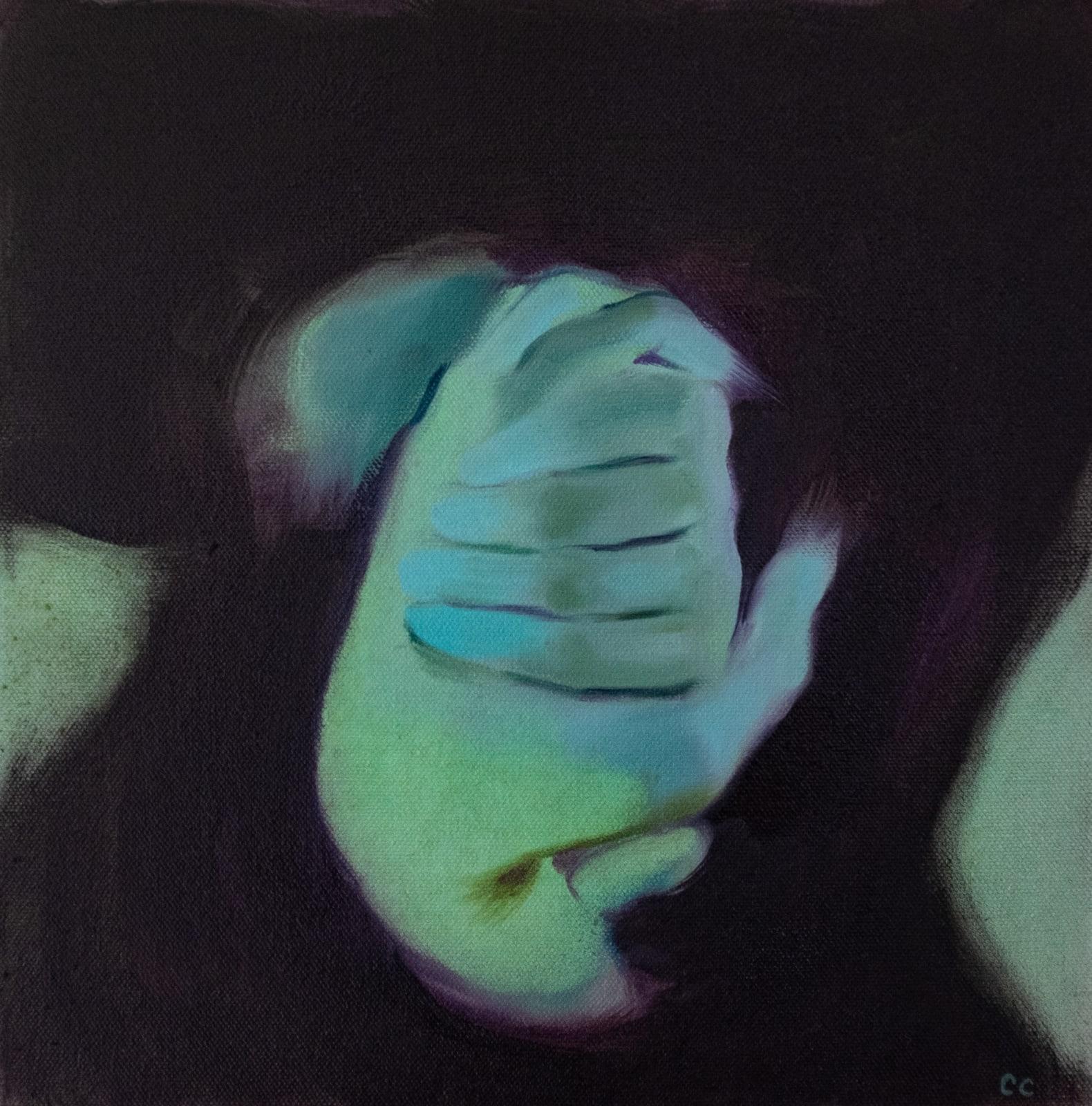 Cathleen Clarke, (2022). Courtesy of the artist and Nathalie Karg Gallery.

Amid the trove of colorful summery group exhibitions on view throughout the city, “Hungry Soul,” a small show of paintings by New York painter Cathleen Clarke, on view in the backroom of Nathalie Karg, offers a mysterious, even mournful departure. Clarke’s canvases seem culled from a family photo album that’s been worn and watermarked—faces, furniture, and pets all appear ghostly and phosphorescent against darkened backgrounds. Her most recent body of work is loosely inspired by the 1955 thriller noir film , which itself draws from the true story of Harry Powers, who was hanged in 1932 for the murder of two widows and three children in Clarksburg, West Virginia. That story—with its questions of good, evil, religion, and innocence—are the themes that Clarke explores so powerfully through her own sense of memory, its fading and its fallibility.

Dimitrios Pandermalis, director and curator of the Acropolis Museum in Athens, has died, aged 82