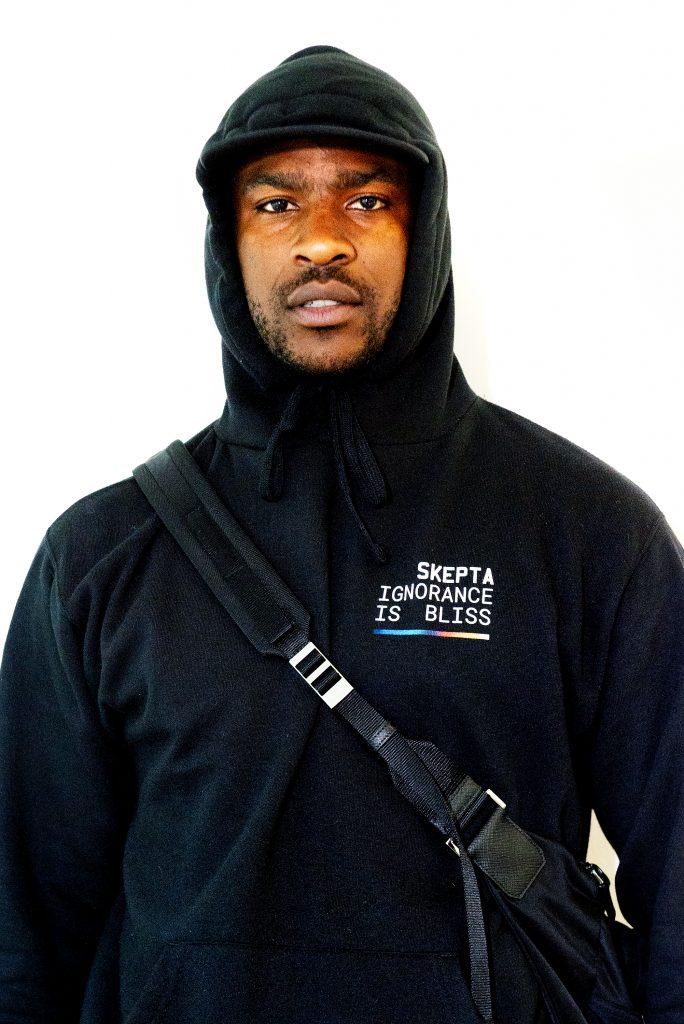 British-Nigerian rapper Skepta will try his hand at curating a Sotheby’s auction this month—and he’s using the occasion to debut his own artwork as well.

Skepta, whose real name is Chief Joseph Olaitan Adenuga, Jr., has chosen a group of eight to 12 paintings to include in the auction house’s upcoming “Contemporary Curated” sale in London. Paintings by Frank Bowling, Ouattara Watts, and Lynette Yiadom-Boakye are among his selections, which represent just a fraction of the 90 to 120 artworks planned for the September 7 event.

Skepta, a pioneer of the electronic music genre known as grime, is contributing a piece of his own to the event. His first and only painting to date, the work depicts a trio of Nigerian women grocery shopping, one of whom has a baby strapped to her back—just the way the rapper’s own mother used to carry him.  is its name.

The piece, titled Mama Goes to Market, was made in the spring of 2020, a restless moment at the dawn of the pandemic when all his shows had been canceled, Skepta told the Financial Times. “I guess I was just so used to expressing myself all the time, every two days, out doing a show somewhere new,” he said. “So I just ordered the oil paints and the canvas [on Amazon].” 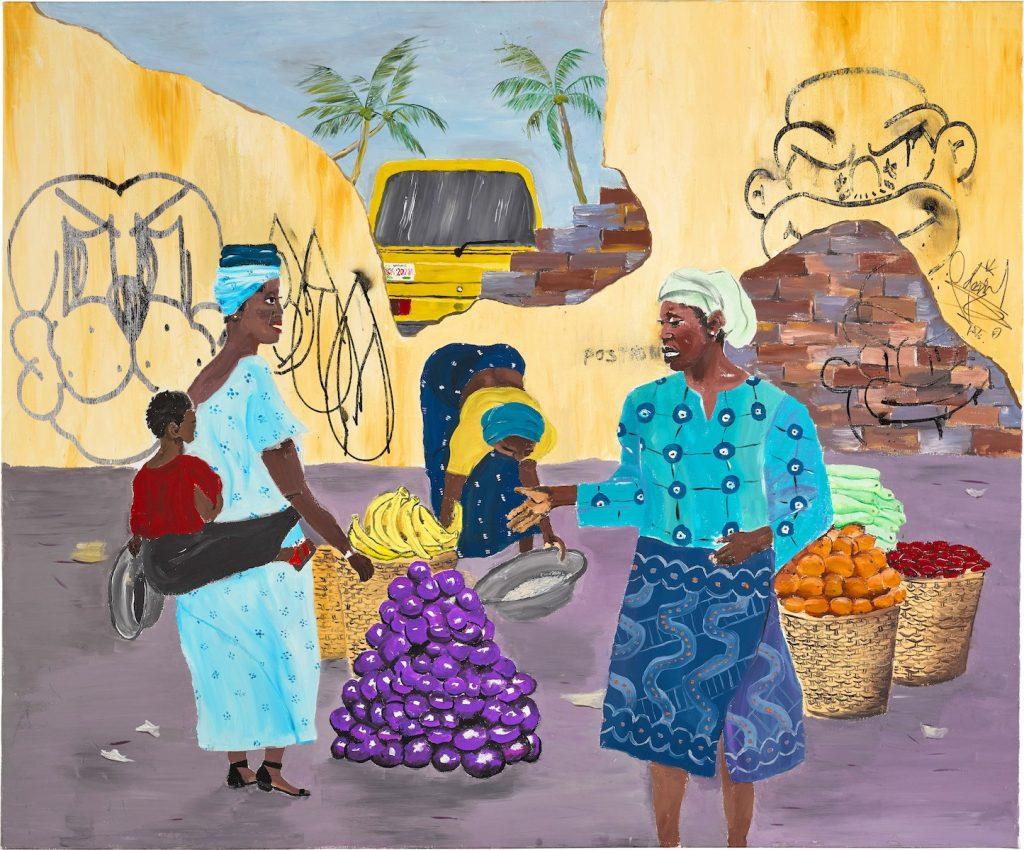 The painting took seven days to make and another six to dry. For a creator used to spitting out verses on the fly, that proved to be an unusually long period of gestation. “When I made ‘Praise the Lord’ with A$AP Rocky, which was one of our biggest songs ever, I produced that hook in his hotel room in London in 10 minutes,” he said.

When the Financial Times asked who he hopes will buy it, the rapper replied, “Honestly? Jay-Z. Because he’s very into his African art. Him, or Dave Chappelle.”

For Sotheby’s, the collaboration with Skepta represents the latest in a string of outside-the-box efforts to attract new and younger audiences. “One nice thing about the Curated sale is that it’s a very accessible sale,” said Sotheby’s head of curated sales Lisa Stevenson, “and we’re seeing the boundaries between different disciplines being blurred; we’re seeing that a lot of younger audiences can come in. It’s culturally relevant.”

Regardless of the success of the sale, don’t expect the rapper to be churning out more paintings soon.

“I ain’t got the patience for painting!” he added.

‘A.I. Should Exclude Living Artists From Its Database,’ Says One Painter Whose Works Were Used to Fuel Image Generators