Home News Elizabeth the Restorer: Why Britain’s Longest-Reigning Monarch Should Also Be Remembered as... 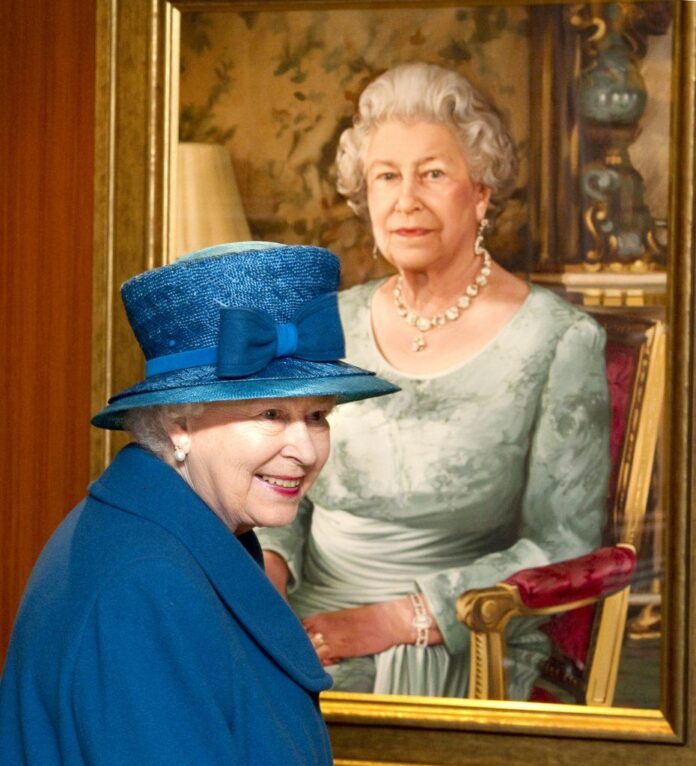 With the passing of Queen Elizabeth II, Great Britain finds itself in twin states of mourning and reflection. At this very moment, the end of the second Elizabethan Age and the legacy of England’s longest-reigning monarch is being written.

Like many of her notable predecessors, Queen Elizabeth II is likely to be posthumously given a cognomen —an epithet appended to the monarch’s name that distinguishes their reign. Famous examples include “William the Conqueror” for William I and “Richard the Lionhearted” for Richard I. Even if you know little to nothing about those rulers, their cognomens communicate a central facet of their legacy.

And while there are many potential titles that would be suitable for the late Queen, the most apt option is arguably Elizabeth the Restorer. From tackling the destruction to her country in the aftermath of World War II, to reconstructing a scorched Windsor Castle after a fire broke out in 1992, and the creation of the Royal Collection Trust, Her Majesty devoted her reign to restoring and preserving Britain’s material culture. And she did it all rather discreetly.

To understand the depths of the late Queen’s devotion to restoration, it’s vital to acknowledge the world that shaped her. Born on 21 April 1926, Princess Elizabeth was just 13 when World War II started in 1939, and so she grew into adulthood during one of the most destructive periods in human history. Across Europe, the staggering human losses were compounded by the looting of great treasures by the Nazi war machine, and countless cultural monuments were reduced to rubble by the Luftwaffe, the German air force. 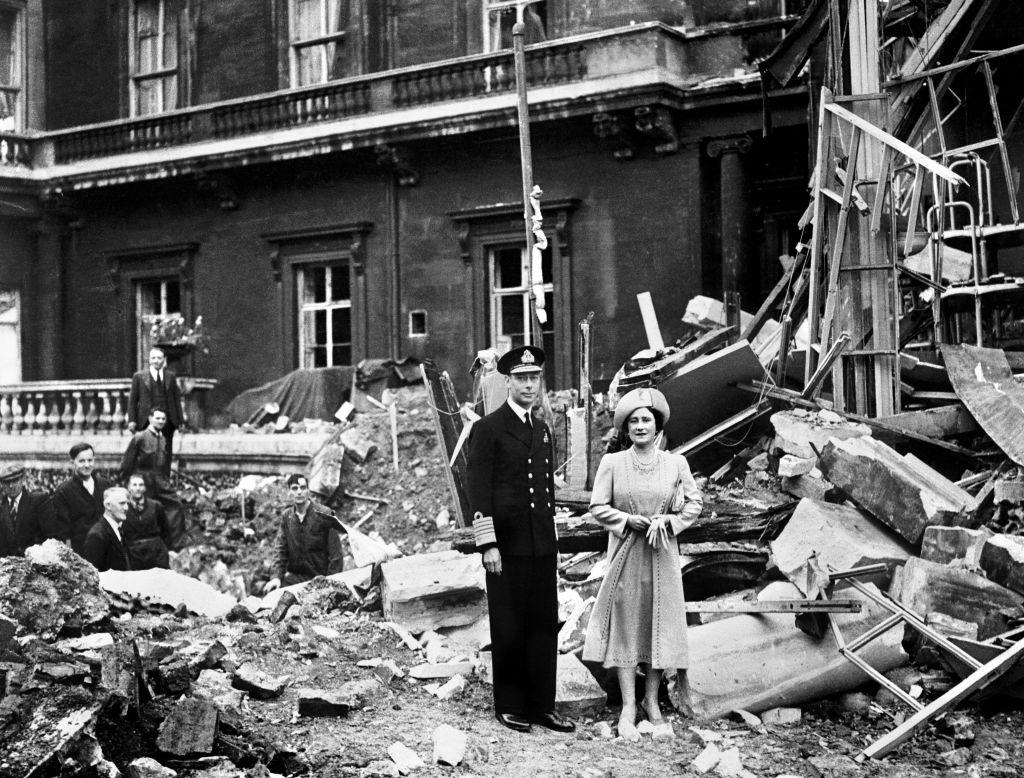 The late Queen Elizabeth II’s parents, King George VI and Queen Elizabeth, stand amid bomb damage at Buckingham Palace. The Queen was famously to utter “I’m glad we have been bombed. Now I can look the East End in the face.” Photo: PA Images via Getty Images.

London, the nexus of British Imperial power, was brutalized by the Blitz —a Nazi aerial bombing campaign that lasted from 1940 to 1941— resulting in 43,000 civilian deaths and 1.1 million homes being damaged or destroyed. During that year of carnage, a German raider dropped five high-explosive bombs on Buckingham Palace, while her father King George VI and mother Queen Elizabeth where there. The bombs hit the Palace gates, the inner quadrangle, the Royal Chapel, and the Queen Victoria memorial. The Royal Chapel, in particular, was damaged beyond repair.

Following the Allied victory in 1945, 19-year-old Princess Elizabeth watched the Prime Minister, Sir Winston Churchill, and her father begin the extensive process of rehabilitating England—both in the physical and psychological sense. By their example, the future Queen would learn first-hand the soft-power of restoration.

In 1962, nearly a decade after her ascension to the throne, the Queen opened the Queen’s Gallery on the site of the destroyed Royal Chapel. The first of its kind, the Queen’s Gallery would house a rotating display of artwork and objects from the Royal Collection year-round. More than any other monarch, the young Queen shared the royal treasures with her people as a boon for their morale and sense of patriotism. 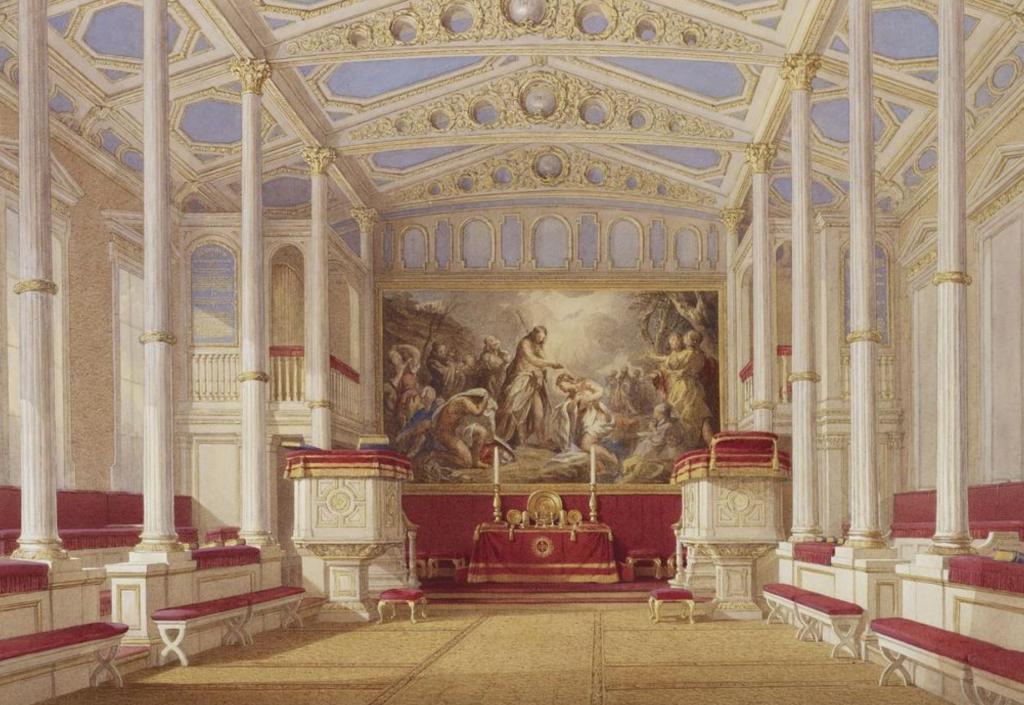 A sketch of the Private Chapel at Buckingham Palace destroyed during the Blitz of London. Now the location of the Queen’s Gallery. Photo: © Royal Collection Trust / Her Majesty Queen Elizabeth II 2022.

A particular source of pride for Her Majesty, the Queen’s Gallery underwent a £20 million expansion in honor of her 2002 Golden Jubilee, celebrating 50 years on the throne. British architect John Simpson was selected as the brainchild behind the building project, which lasted from 1999-2002, and it remains the most significant addition to Buckingham Palace in 150 years. Today, the Queen’s Gallery has two annexes, one in Holyrood Palace, Edinburgh and another at Windsor Castle.

Since its opening, the Queen’s Gallery has continuously held themed exhibitions—with its 82nd and latest being Japan: Courts and Culture” (on view through 26 February 2023). The artworks and objects that are included in the exhibitions often undergo a special restoration beforehand, and works that are regularly on display are rotated to protect them from exposure. To put that in a larger perspective, Her Majesty, aided by the Surveyor of the Queen’s Pictures and team, have championed the dedicated restoration and preservation of artwork for 60 years.

The Queen publicly and famously declared 1992 her annus horribilis ( “horrible year” in Latin). Her proclamation was partially attributed to the official separation of the then Prince and Princess of Wales, but equally so due to the fire that had disfigured 115 rooms —including nine State Rooms— inside the Royal Family’s 1,000-year-old stronghold known as Windsor Castle. The fire brigade fought the flames for more than 15 hours. The only consolation was that only two artworks were lost to the blaze. 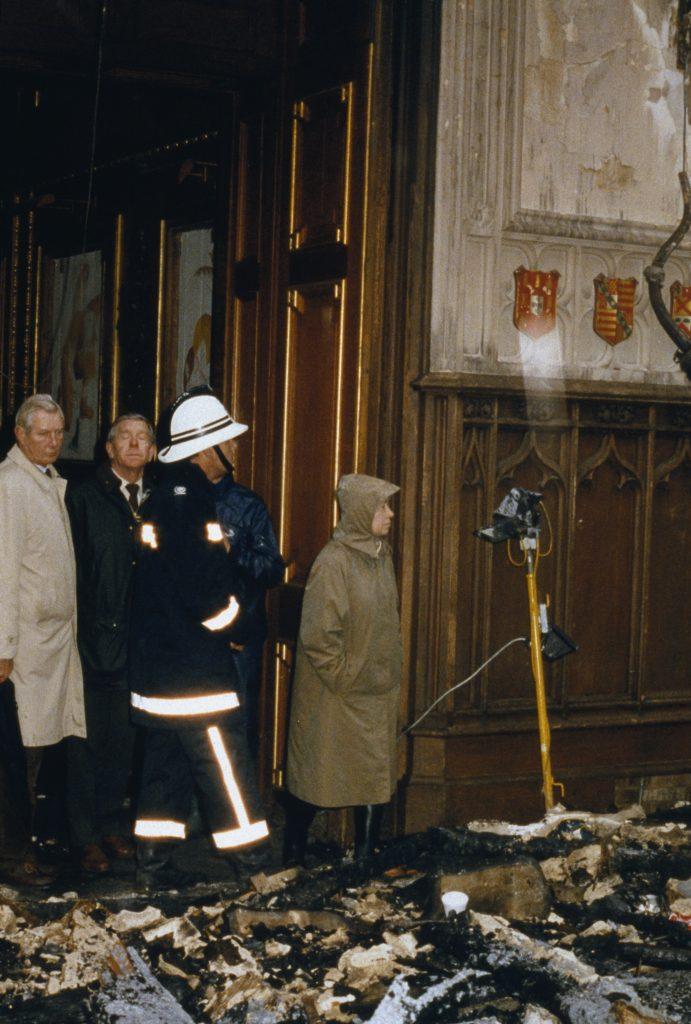 Queen Elizabeth II surveys the damage to Windsor Castle after a fire tore through the building in 1992. Photo: © Corbis via Getty Images.

Steeled for such a crisis by the aftermath of World War II, The Queen wasted no time in tackling Britain’s greatest single restoration project head-on. In the face of intense bureaucratic resistance (particularly from the government agency English Heritage, which advocated leaving the castle in ruins so it could “dry out” for 10-15 years), The Queen established two committees to oversee the rebuilding: the Restoration Committee and the Design Committee. The Restoration Committee, chaired by her husband, Prince Philip, consisted of established conservationists, while the Design Committee, chaired by her son and heir, Prince Charles, involved distinguished architects.

Despite both princes acting publicly on her behalf, The Queen was the final authority on every significant decision made throughout the unprecedented restoration process. With remarkable speed, the State Dining Room, the Great Drawing rooms, the Great Kitchen and the Grand Reception Room were returned to their immediate Regency-era pre-fire state.

All artworks from the fire-damaged areas, including paintings by Van Dyck, Rubens and Gainsborough, were cleaned and fully restored at Her Majesty’s residence of St James’s Palace, London. The remaining spaces at Windsor —St. George’s Hall, the Private Chapel and the Holbein Room—would be restored in the spirit of their original Gothic architecture (large portions were discovered underneath the burnt layers of the 19th-century façade added by King George IV).

Unveiled precisely five years after the fire, on The Queen and Duke of Edinburgh’s 50th wedding anniversary, Windsor Castle was officially restored —in some cases, to a state unseen for hundreds of years.  The “resurrection of Windsor” produced a groundswell of support for Her Majesty, who contributed £2 million (the equivalent of more than $4 million in 2021) from her private wealth towards the ambitious reconstruction. The remainder was paid through proceeds generated by opening the State Rooms in Buckingham Palace to the public for the first time.

The scale and quality of Windsor Castle’s restoration was such a success that French President Emmanuel Macron is using it as a model for his nation’s rebuilding of the Notre-Dame Cathedral, which suffered devastating fire damage in 2019.

Until the fire at Windsor Castle, the Royal Collection had been run directly by the Royal Household; however, in 1993, Her Majesty established a charitable trust with a mandate to conserve the artworks and enhance the public’s appreciation and understanding of art. Rather than viewing the collection as the personal property of a private individual, Her Majesty saw it as a source for public enrichment and herself as its devoted custodian. Since then, the Royal Collection has been “held in trust” by The Queen—and now by her successor, King Charles III—as Sovereign for the nation. 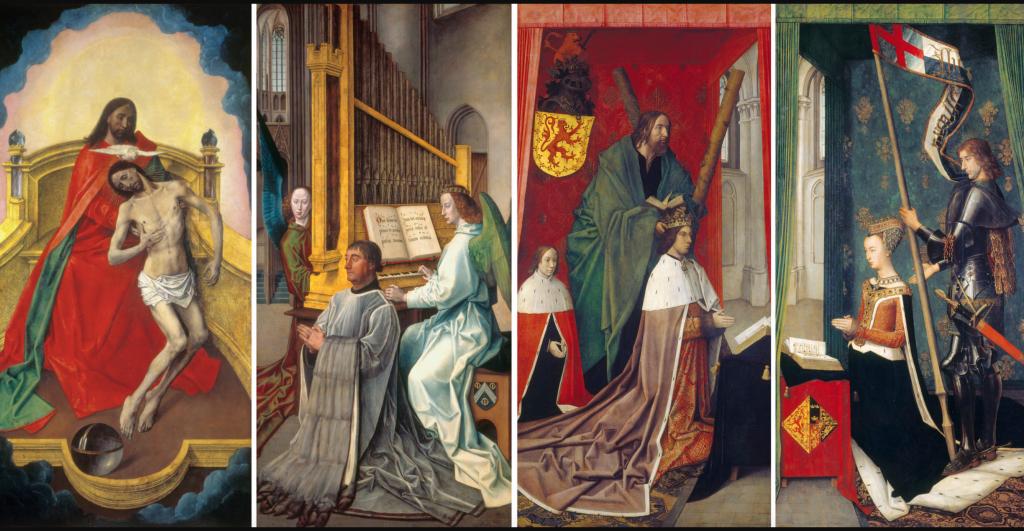 As one of the last great European royal collections to remain intact, the Royal Collection is one of the world’s largest and most significant assemblages of art, with an estimated value of more than £10 billion. Spread across 15 royal residences, it consists of more than 1 million objects —including 7,000 paintings, 30,000 watercolours and drawings, 450,000 photographs, and hundreds of pieces of jewellery, porcelain, sculpture, manuscripts, arms, and furniture.

Since its inception, the Royal Collection Trust has overseen the restoration of hundreds of pieces of fine and decorative art. Many of these have been displayed at the Queen’s Gallery at Buckingham Palace and loaned out to public institutions like the Victoria & Albert Museum (a decision previously unfathomable). Notable pieces restored during Her Majesty’s reign include the 15th-century Trinity Panels by Flemish painter Hugo Van Der Goes, an 18th-century Vincennes Sunflower Clock by French horologist Jean Benoît Gérard, and a 19th-century Erard piano decorated by French miniaturist François Théodore Rochard.

While Queen Elizabeth II never gave a direct indication of what she wanted her posthumous cognomen to be, she did leave hints throughout her reign. For instance, when Her Majesty entertained foreign heads of state and dignitaries on behalf of the British government, the Royal Collection was usually a centerpiece of the visit. From carefully curated selections displayed at the restored Windsor Castle to exhibitions at the Queen’s Gallery at Buckingham Palace, Her Majesty maximized the soft power impact of the collection and estates she devoted her life to restoring. That tells us something about how she likely wanted to be remembered.

Perhaps most telling is that The Queen only commissioned one series of paintings during her seven decades on the throne—an ode to her restoration of Windsor. Captured by artist Alexander Creswell in watercolor—a favorite medium for both her husband and son, Prince Charles—the 21-piece series depicts scenes of Windsor’s interior before and after the historic restoration. The full extent of the fire damage is immortalized in 10 works, while the remaining 11 illustrate those same spaces elevated to their former glory.

When viewed in full, the decisions made by Britain’s longest-serving monarch create a definitive legacy —one that will live on in the material culture of her nation. Perhaps that is why Queen Elizabeth II, the guardian England’s heritage, should be known to future generations as Elizabeth the Restorer. 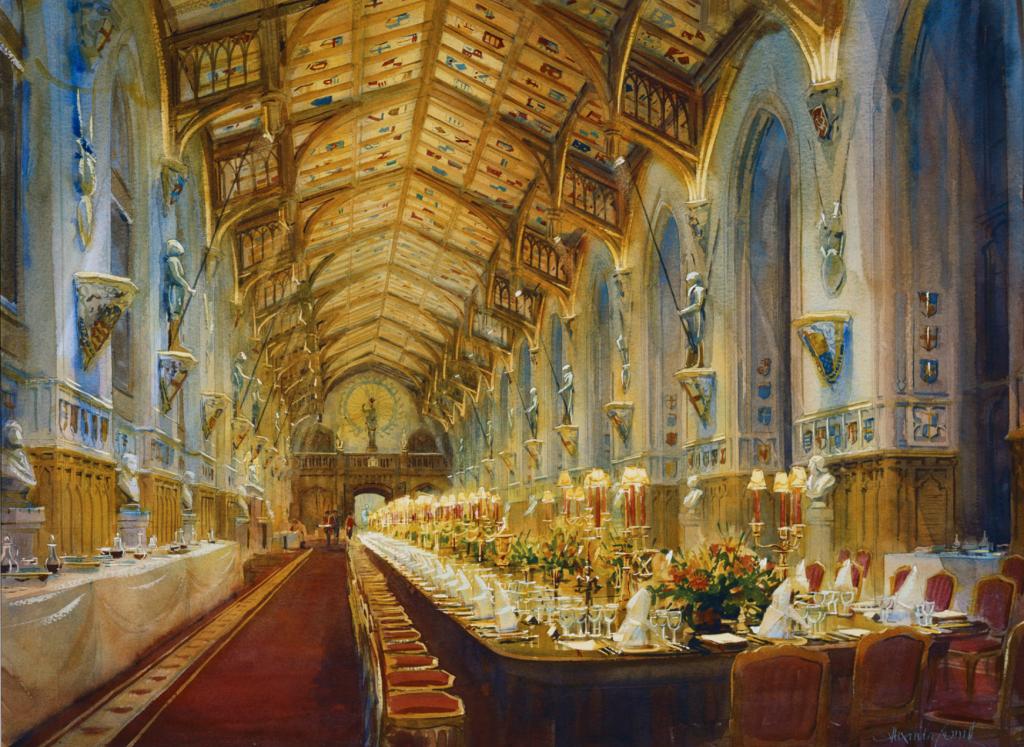 ‘Just Do It’: Artist Peter Saul Explains How He Keeps Making His Crazy Surrealist Paintings at the Age of 87