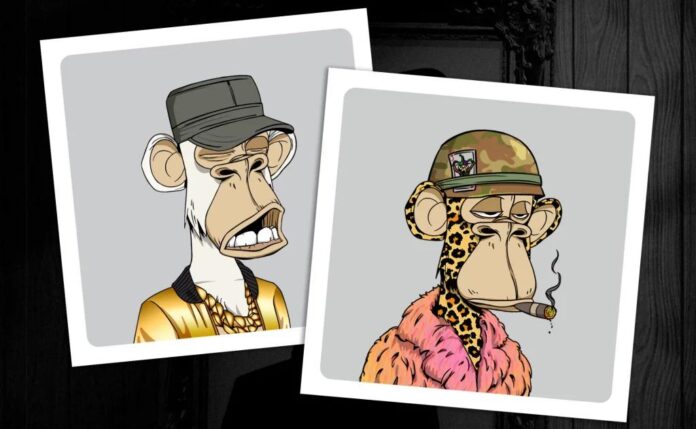 The legendary rappers Eminem and Snoop Dogg premiered their new song “From the D to the LBC” this past weekend in a metaverse game environment made by  Yuga Labs, creators of the Bored Ape Yacht Club.

The event aired during the MTV Video Music Awards, making the performance the first NFT-backed metaverse footage to make it onto live TV.

Their single, which was released in late June, features two Bored Ape Yacht Club avatars each owned by Slim Shady and the Doggfather. The song and video has been a smash hit for both rappers, garnering more than 46 million views on YouTube and a VMA nomination for “Best Hip-Hop” song, in addition to more than 25 million streams on Spotify.

VMApes this Sunday — We’re glad to support @SnoopDogg & @Eminem who will be performing their new single featuring their Apes and @OthersideMeta. https://t.co/Gly7uRup7G

Viewers got a sneak peek at Yuga Labs’s metaverse, the “Otherside,” which is still in the works. The company says it is in “phase one” of development and that it will eventually allow BAYC NFT holders to play as their ape avatars in an interoperable metaverse environment, the graphics of which were shown for the first time during the VMA performance.

In the performance, Eminem and Snoop at first appear in the flesh, sitting on a leather sofa, with Snoop sparking up an obscenely large joint and offering it to Eminem. The duo are then transplanted into an animated environment (which was heavily criticized online for what fans described as lackluster graphics).

The animation is barely better than what we had 25 years ago. pic.twitter.com/TCniR3R6E4

Part of what makes the BAYC project so interesting, however, is that Yuga Labs gives individual owners of the NFTs fairly broad license to use the image they own in different ways.

Following their MTV performance, Snoop Dogg and Eminem sold memorabilia under the name Ape Editions, which allowed them to take advantage of the IP rights associated with owning their avatars.

The rappers are not the first to take advantage of the IP around BAYC. Seth Green announced earlier this year that he would be producing a television show under the auspices of his avatar.