Home News Eminem’s Sneakers, a Portrait of Joni Mitchell, and Other Music Memorabilia Is... 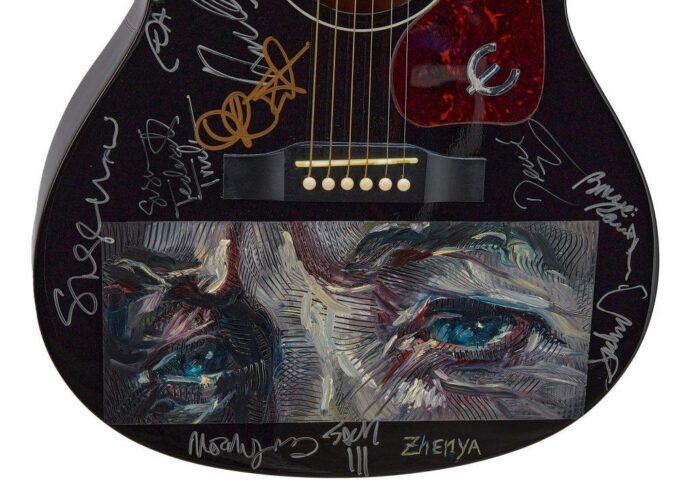 From Eminem’s sneakers to Harry Styles’s electric guitar to David Lee Roth’s early artworks—a host of music-related artifacts have been gathered in the name of a good cause.

The 2023 MusiCares Charity Relief Auction, co-organized by Julien’s Auctions, is selling a large array of musical instruments, wardrobe items, memorabilia, and personal objects belonging to a number of musical greats. Happening on February 5, in the run-up to the Grammy Awards, the sale will benefit the MusiCares charity, which, since 1989, has been providing financial grants, support resources, and crisis relief efforts to the music community.

“Not only does this great auction give fans a chance to own amazing pieces of music history,” Laura Segura, executive director of MusiCares, said in a statement, “but it also helps MusiCares continue to provide a variety of services for musicians, stagehands, managers, touring crews, make-up artists, and more.” 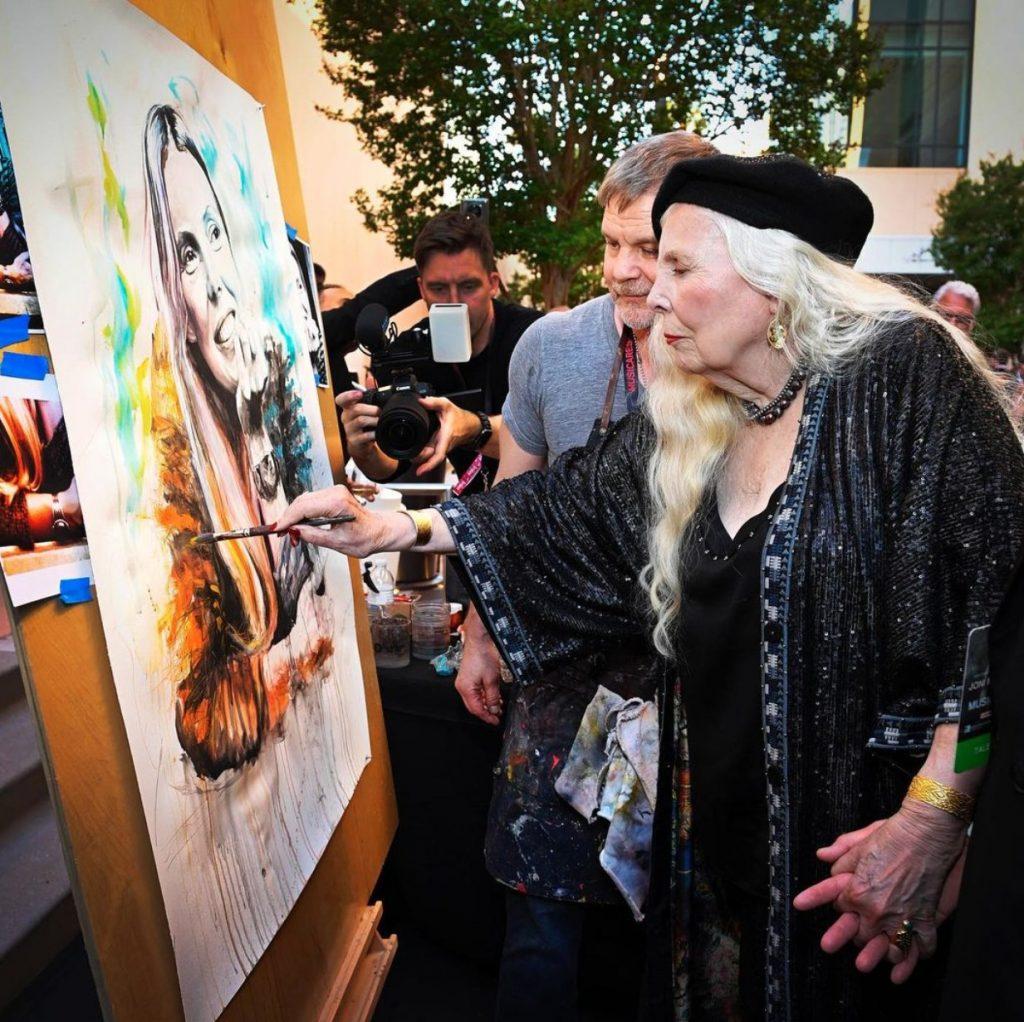 Some highlights of the auction include the all-black ensemble worn by j-hope of K-pop boy band BTS in promotional images for his 2022 solo outing, Jack In The Box; a pair of white Nike Air Max sneakers personally owned by Eminem; Shaggy’s handwritten lyrics for his smash hit “It Wasn’t Me”; and a watercolor of Joni Mitchell painted by artist Rob Prior.

Unsurprisingly, the lots are dominated by an assemblage of guitars. Among them is a Gibson Les Paul electric guitar signed by all five members of Fleetwood Mac, and a black Epiphone acoustic guitar autographed by the likes of Bruce Springsteen, Graham Nash, and Sheryl Crow on the occasion of a 2015 Bob Dylan tribute concert.

But it’s yet another Epiphone guitar, signed by pop star Taylor Swift and customized with artwork from her 2020 album evermore, that’s expected to bring in $10,000, the highest estimate attached to any of the musical instruments for sale.

In a star lot, Snoop Dogg and his son, Cordell Broadus, donated two sound systems, created in partnership with audio company XOUNTS and printed with Bored Ape Yacht Club NFTs owned by the pair. The speaker towers are accompanied by an exclusive NFT by Clay Nation, the sold-out project which which the rapper collaborated last April, granting its holder an invitation to a taco lunch with Broadus at Snoop’s recording studio. 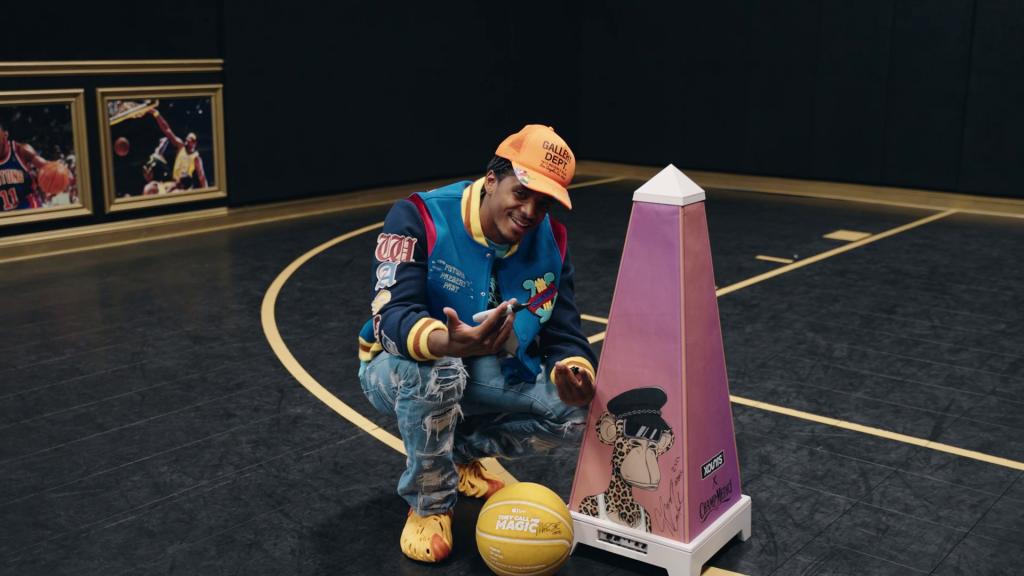 In addition to Prior’s portrait of Mitchell, art shows up elsewhere on the line-up.

Van Halen frontman David Lee Roth is offering his acrylic work, Dark Ocean, a monochrome abstraction he painted over lockdown, which is estimated to fetch upwards of $4,000. Ronnie Wood, Rolling Stones guitarist and budding artist, is submitting A Bigger Band, his black-and-white artwork of the group (his apparent favorite subject matter) onstage. It has a high estimate of $2,000. 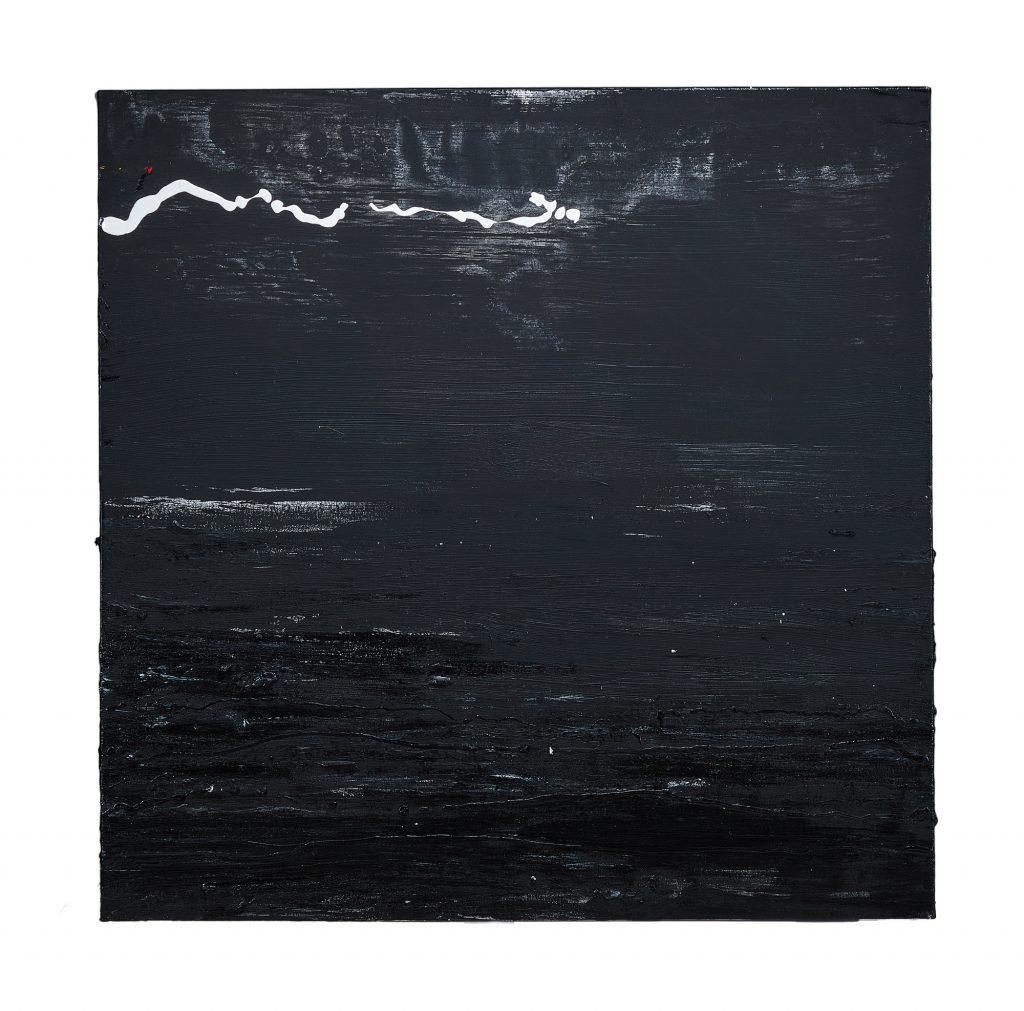 Leading the auction, though, is Mitchell, who, besides being the subject of Prior’s portrait, has further donated a framed and signed artist proof of her oil painting of Jimi Hendrix. Expected to fetch up to $20,000, the artwork depicts Hendrix setting his guitar alight, as he famously did at the 1967 Monterey Pop Festival, with a pair of gold angel wings affixed to his back.

Ahead of the sale, an exhibition of the lots will be held at the California headquarters of Julien’s Auctions from February 1–3.