Home News Etsu Egami Is a Breakout Star at Auction—and She’s Not Even 30.... 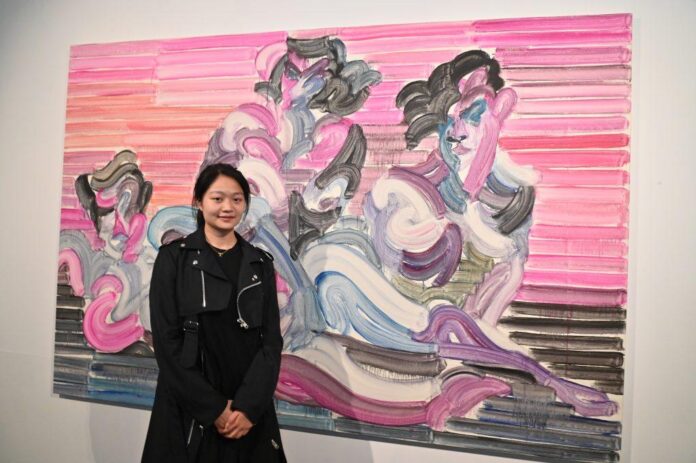 Etsu Egami seems to have it all—and she hasn’t even turned 30 yet.

The Japanese-born, internationally educated painter is one of Asia’s fastest-rising stars, with local and international gallery representation and museums lining up to show her work. She’s also one of the most highly sought-after names in the art market.

Egami‘s first group show was in 2015, when she was still a student. Within less than seven years, a 2021 diptych titled sold for $366,921 (HK$2.9 million) at Holly’s International Auctions in Hong Kong in May. (All auction prices include buyers’ premiums and fees.)

What’s more, the total secondary market sales for her paintings—which are characterized by distinctive, thick brushstrokes in soft, translucent colors—skyrocketed from $51,698 in 2021 to $730,009 as of August 18 this year, according to the Artnet Price Database. And 2022 is far from over for the artist. She will have a solo show at Tang Contemporary in Seoul to coincide with Frieze Seoul; Whitestone Gallery plans to show her work at the Armory Show in New York in September; and French gallery A2Z is showing her at the Asia Now art fair in Paris in October.

Yet some of Egami’s supporters, including gallerists and art advisors, worry that rampant market speculation could jeopardize the future of this young artist.

“For a young artist like Egami, we believe establishing a stable market is the most important,” Jiyoung Park, director of Whitestone Gallery, which has been working with the artist since 2019, told Artnet News.

“We are grateful that people recognize Egami and get record-breaking auction results. As a gallery, we will try to keep this consistent and stably growing healthy market for the artist.” 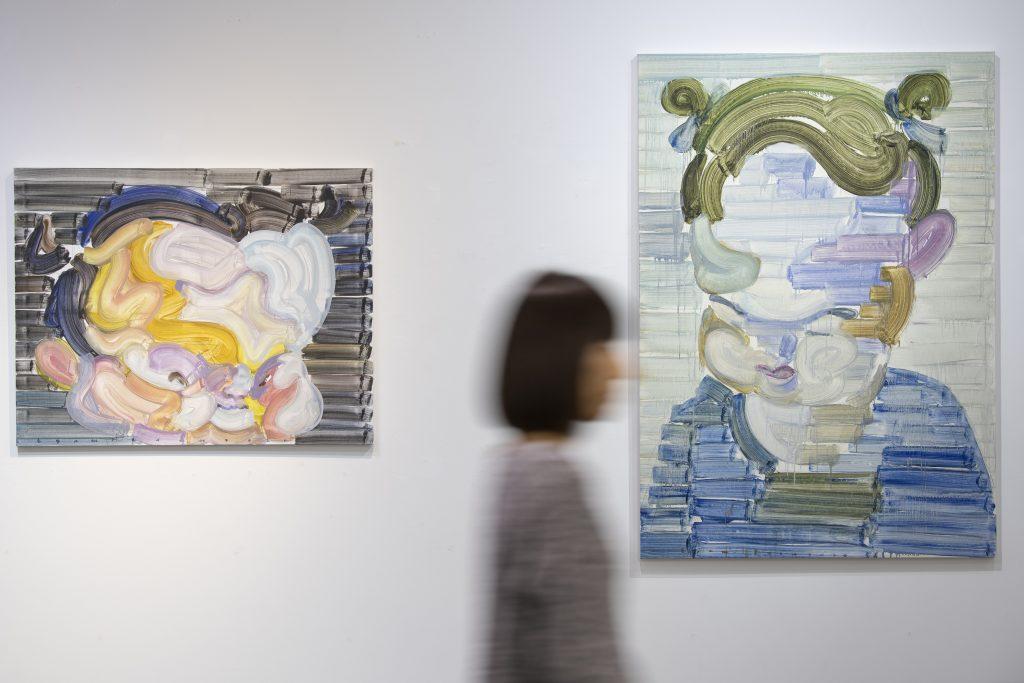 Who is Etsu Egami?

Egami, who declined to be interviewed for this story, was born in Chiba, about 25 miles east of the center of Tokyo, in 1994, when Japan was in the middle of its “lost decade” of economic stagnation following the collapse of its economic bubble in the 1980s.

She studied oil painting at the Central Academy of Fine Arts (CAFA) in Beijing and graduated in 2016. She then went to the Karlsruhe University of Arts and Design but returned to CAFA to complete an MFA in 2019, studying under Chinese painter Liu Xiaodong. She subsequently enrolled in CAFA’s PhD program to work with Ma Lu, and later became a finalist for the Sovereign Asian Art Award.

Egami began exhibiting as a student, appearing in a group show at Today’s Art Museum in Beijing in 2015. By 2016, she was holding solo exhibitions with galleries like de Sarthe and Horizon Art Space in Beijing and Dehairi Projects in Tokyo. Her career took off with gallery and museum shows across Asia and Europe, including two two solo shows at A2Z Art Gallery in Paris, and the interest of major collectors like Yusaku Maezawa, who owns her work. put her on its 30 Under 30 list in 2020, and added her to its list in 2021. 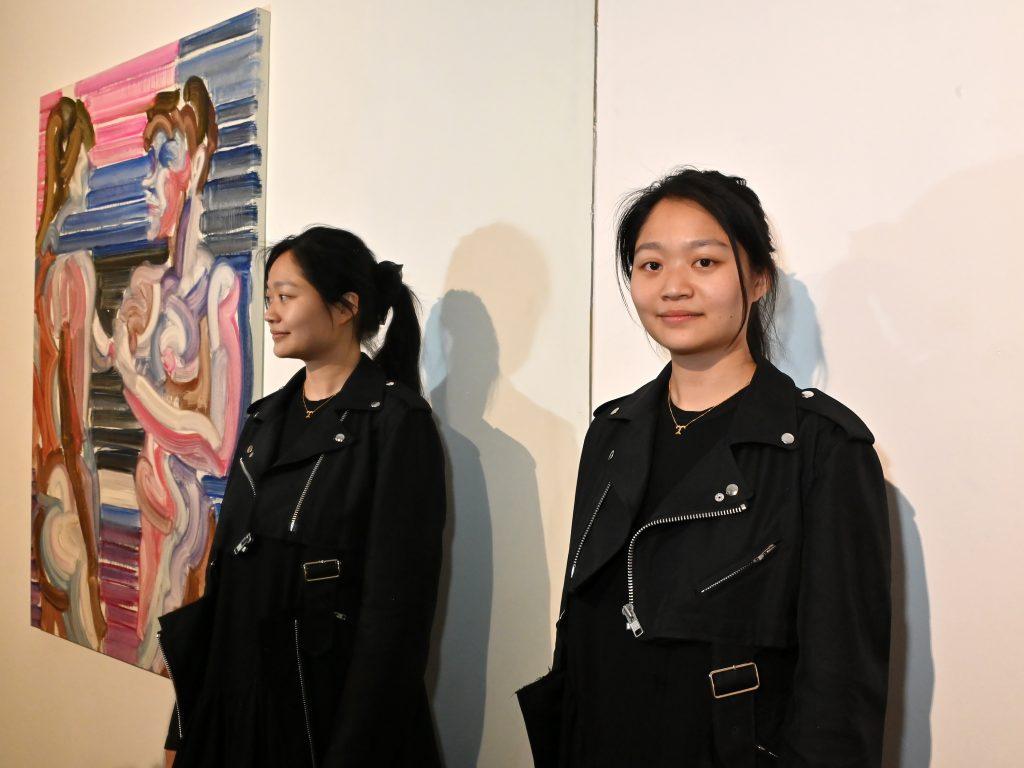 Japanese painter Etsu Egami with her work during at A2Z Gallery in Paris, France. (Photo by Foc Kan/WireImage)

Being Japanese but having lived in China—two countries that have a complicated history—and the west, the language barrier is often reflected in her art, her gallerists said.

“At first sight, Egami’s fluid brushstrokes and ambiguous colors intrigue the viewer’s curiosity,” Park said. “She explores the vagueness of human communication that cannot be translated.”

“Egami’s artworks give me the impression of a mixed culture,” Li told Artnet News. “Her practice is rooted in her international background. She treats oil paint as a kind of fluid ink, which is used in oriental calligraphy, alternating horizontal and sinuous stripes.” 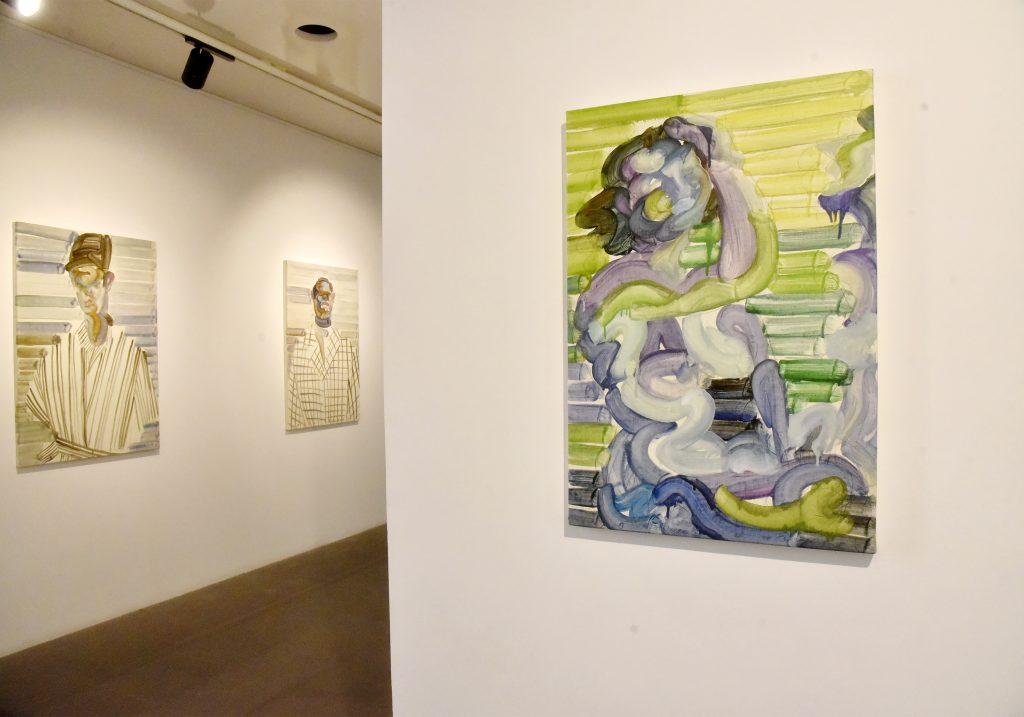 Yet signs of flippers taking advantage of Egami’s work are abundant. , the painting that set her auction record in May, was exhibited as recently as January 15, 2022, when it was presented in “In a Moment of Misunderstanding, All the Masks Fall” at Tang Contemporary in Beijing. That means it went from the primary to the secondary market in a mere four months.

The trading of her work at auction is still relatively limited; the Artnet Price database only 12 entries. Yet all 12 took place since last year. An untitled painting executed in 2021 and exhibited last year by Whitestone Gallery at Art Taipei sold at Sotheby’s Hong Kong in July for $67,428, more than 30 percent above its presale high estimate. 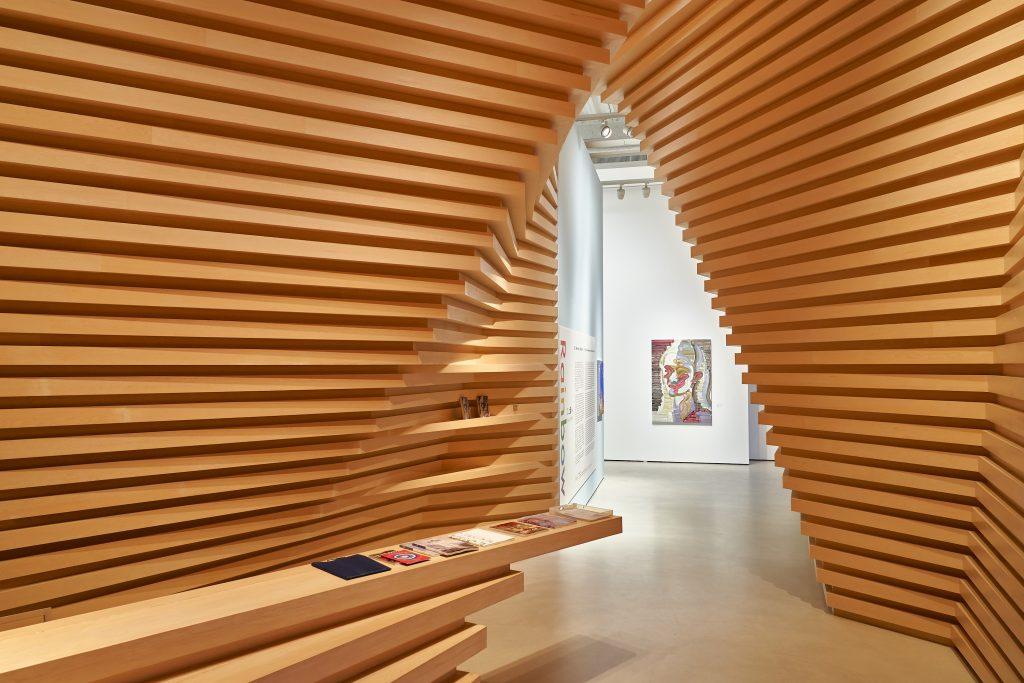 Dealers working with Egami generally require buyers to sign a three-year non-selling agreement to buy works by the artist, but those contracts have not been effective against flippers. In some cases, buyers have already sold works before even completing their own purchases, according to one art-industry insider. Galleries are now stepping up their background-check efforts.

Tang Contemporary said it was aware of May’s record sale and has taken follow-up action, declining to provide specifics. Holly’s HK did not respond to Artnet News’s enquiry.

“The market is generally hungry and eager to see these young promising artists,” said Phillips specialist Takako Nagasawa. “Phillips has seen a rapid increase in the younger bidder pool, which probably relates to the rise of the prices for these artists, who are still rather affordable compared to blue chip artists.”

Yet Lin wonders if these conditions are favorable to rising stars and collectors in the long run.

“Collecting is a process of searching. As an advisor, I’d advise my clients to be patient, unless they are buying art from an investment perspective,” Lin said.

Phillips, where Egami had her auction debut last year, has been selling ultra-contemporary art under the banner of Ultra/Neo. It continued to set records for Asian artists, including Miwa Komatsu (born 1984), whose 2019 painting sold for $192,629, and Moe Nakamura (born 1988), whose wooden sculpture went for $179,576 in June’s Hong Kong sale.

Another Asian artist, Ayako Rokkaku, who was born on 1982, is now the fourth-best-selling Japanese artist at auction since 2020. Her total sales value is greater than $49 million, with a 95 percent sell-through rate—higher than that of Yayoi Kusama and Yoshitomo Nara, the first- and second-best selling Japanese artists.

“There will be more young artists like Egami appearing in the art market,” Li said. “They have an international background and know about new media and communication. It’s a new era for young artists in post-pandemic times.”