Home News EUIPO has ruled against Banksy in a trademark case surrounding the famed... 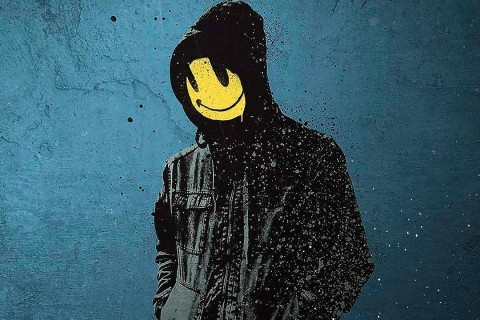 British street artist Banksy will have to reveal his identity in order to regain the copyright to several of his works.

The newspaper notes that the European Intellectual Property Office (EUIPO) has once again ruled against the artist, and deprived him of the trademark for two works – Bomb Hugger and Love Rat.
Thus, in the last 10 months, the artist lost the rights to six of his works – some of the most famous graffiti.

Because of his refusal to disclose his identity, British artist Banksy lost the rights to his two works “Rat with Radar” and “Girl with Umbrella”. The court also ruled that the artist had filed “unfair” trademark applications. 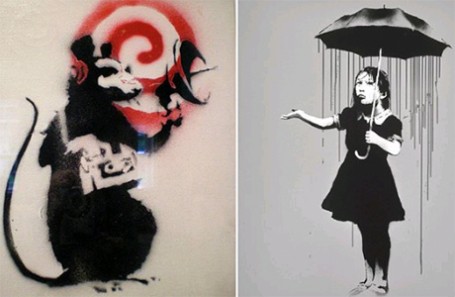 British street artist Banksy lost the rights to two of his works because of his refusal to disclose his identity, reported The Telegraph newspaper, referring to two decisions of the European Union Intellectual Property Office (EUIPO).

This time the measure affected two graffiti of the artist: “Rat with a radar” and “Girl with an umbrella”. According to the newspaper, within ten months Banksy lost the intellectual property rights to six of his works. Before that he also lost the rights to “Hugging the Bomb”, “Rat in Love”, “Laugh Now” and “Flower Thrower”.

EUIPO believes that Banksy is acting in “bad faith” by registering his works as trademarks. At the same time due to the anonymity of the artist can not be defined as the undisputed owner of the works. This fact contradicts the copyright law in the country.

The special commission also agreed that Banksy had filed “unconscionable” applications for the two trademarks, and designated a fine of £1850 to his representatives.

In October 2019, Banksy opened his own store in London called Gross Domestic Product. As the artist himself explained on Instagram at the time, in this way he followed the advice of lawyers to protect the rights to his works by starting to sell them under his own trademark. The artist’s lawyer Mark Stevens said at the time, “Banksy is in a difficult position because he does not produce his own merchandise, and the law obliges the trademark owner to transfer it to others who will use it in the production of goods.”

Banksy is the pseudonym of an English anonymous artist who has been working in the mainstream street art style around the world since the 1990s. His paintings often deal with acute social and political problems. The artist’s real identity is still unknown.

Banksy’s first solo exhibition was held in Los Angeles in 2002, and now his works are sold at auctions. Thus, in October last year, immediately after the announcement of the results of trading Sotheby’s painting “The Girl with a Balloon”, which went for $ 1.4 million, cut the frame shredder. Previously, Injective Protocol also bought the artist’s work from the gallery for $95,000 and burned it live. “Radar Rat” is considered one of Banksy’s most iconic works and appeared on a wall in London in 2004, and “Umbrella Girl” was created in 2008 in New Orleans.

Now a similar decision has been made regarding his work “Laugh now, but one day we will be in charge,” one version of which was sold May 11 at Christie’s in New York for $ 2.1 million. This graffiti first appeared in 2002 on the wall of a nightclub in Brighton. 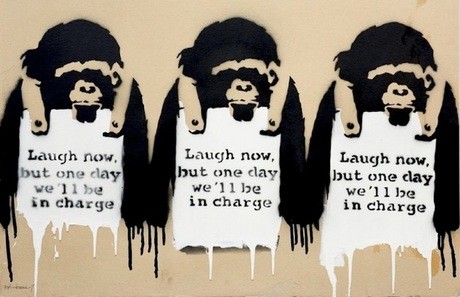