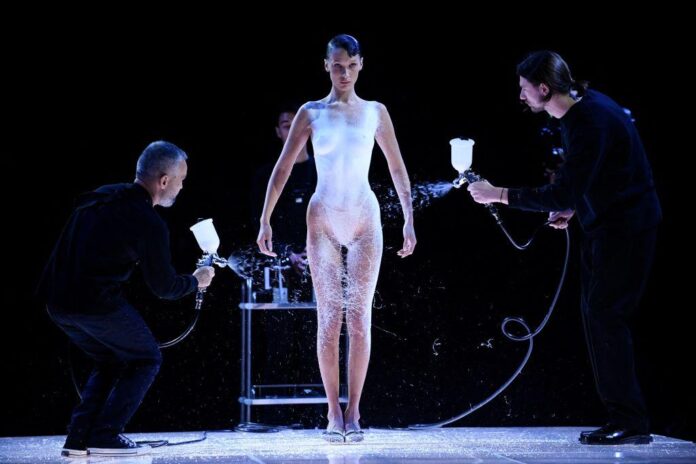 Nine minutes: That’s all it took for two technicians from Fabrican, the London-based science and design company, to create a bodycon dress for Bella Hadid—that is, by spray painting the instant, non-woven fabric directly onto her body during Coperni’s spring-summer 2023 Paris Fashion Week show at the Musée des Arts et Métiers. A Coperni designer quickly shaped it into an off-shoulder style, trimmed the hem, and cut a leg slit into the material as it dried on the model.

Inevitably, the Parisian brand’s presentation last Friday went viral—after all, it had something futuristic and slightly absurd from the fashion world; the presence of a nearly naked supermodel; a wink to dress No. 13 from Alexander McQueen’s spring-summer 1999 presentation, worn by Shalom Harlow as it was spray-painted by two robots; and, for good measure, the blessing of Kylie Jenner. 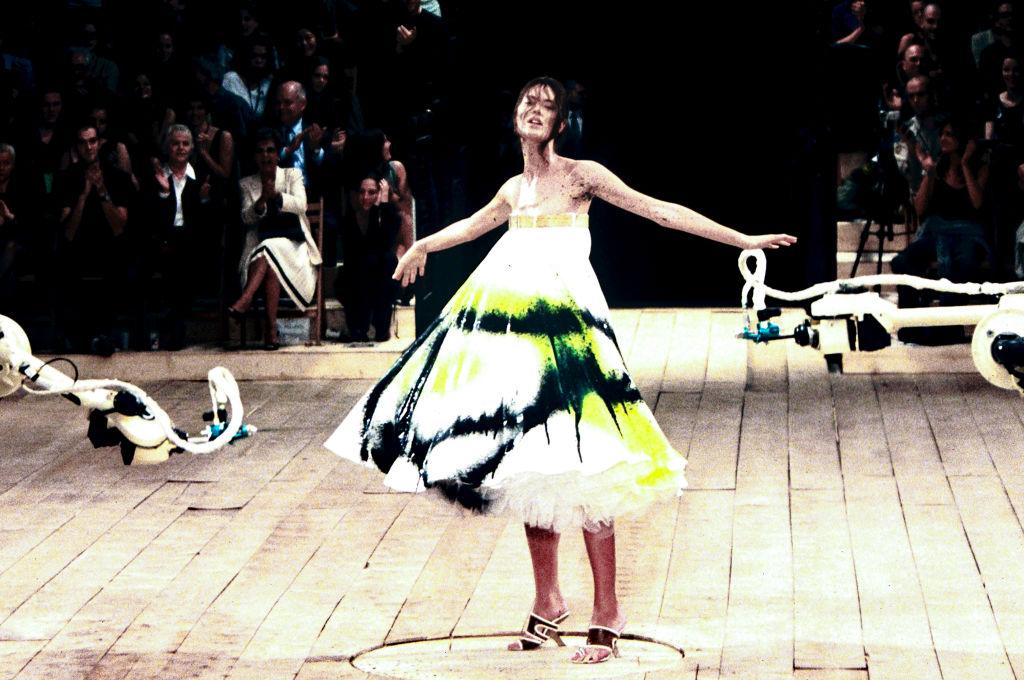 The publicity Fabrican is receiving may be new, but the technology itself has been in development for nearly two decades. Founded in 2003 by Dr. Manel Torres—one of the two technicians on stage in Paris—the company’s patented spray-on fabric was inspired by silly string and has found uses in the healthcare, packaging, and automotive industries.

Bottle-to-body clothing, however, has always been Fabrican’s priority. A Royal College of Art fashion graduate, Dr. Torres sought to accelerate the process of garment construction, an idea he first incubated in the labs at Imperial College and later developed at the London Bioscience Innovation Centre beginning in 2014.

The resulting technology bonds and liquefies fibers such that they form a non-woven layer of fabric when sprayed onto a surface. “The technology consists of short fibers bound together with polymers and biopolymers, and greener solvents,” Coperni said in a statement. This technology allows creators to specify the shape, texture, color, and even scent of the product. 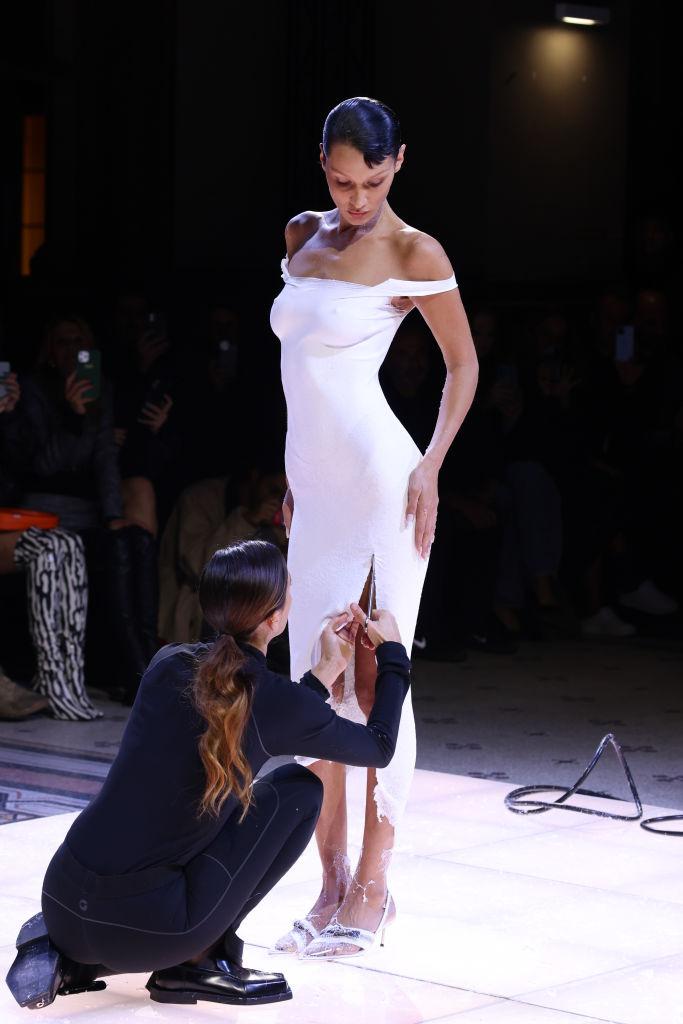 It has green credentials too: Fabrican works with organic compounds, strives to compress the fabric supply chain, and can be returned to liquid form for future respraying, as promised on Fabrican’s website.

Named after the Renaissance polymath Nicolaus Copernicus, who proposed that the earth orbits the sun, the label has focused on bringing science to fashion since launching in 2013. Earlier this year, its oval-shaped Swipe Bag made a splash when Gigi Hadid debuted a hand-blown glass version during the fall 2022 runway show.

Pre-Columbian Art Set to Be Auctioned at Christie’s