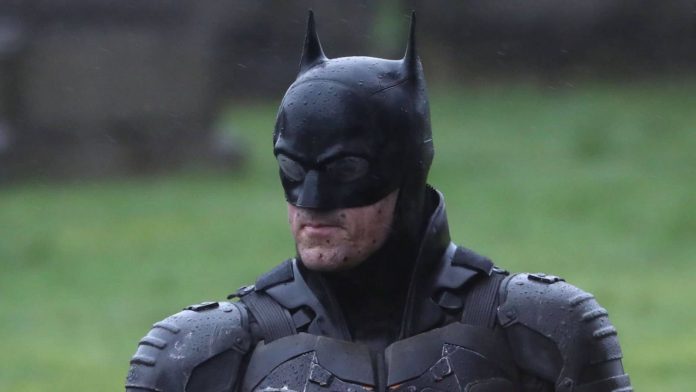 The tentpoles of Hollywood majors are slowly returning to life after a five-month coronavirus quarantine. Warner Bros. Studio is ready to resume filming for the new Batman in September. Work will continue in London. There, unlike in the United States, the situation with COVID-19 at the moment can be considered more or less favorable.

The film’s director, Matt Reeves, announced on Twitter that Batman has already started filming. He shared a photo of a firecracker, which he signed with the hashtag #DayOne. Earlier, mysterious images from London appeared on the Web, very reminiscent of the shooting of Batman, but most likely, they were just preparations for the process.

Filming for the new “Batman” directed by Matt Reeves, which was suspended in the spring due to the coronavirus, Warner Bros. plans to continue in September. The cast and filmmaker will return to the UK set. Before closing, production lasted seven weeks. A quarter of the film was filmed, and in quarantine, the team watched what happened and what still needed to be worked on. The sources estimate the remaining filming time at three months. And the producers expect to complete “production” by the end of 2020.

Recall that the release of the new “Batman” was postponed on October 1, 2021.

Previously, Matt Reeves featured Robert Pattinson as Batman, as well as a photo of the Batmobile. Zoe Kravitz will play Catwoman in the new Batman. Andy Serkis will play the role of Alfred’s butler. In addition, actor Paul Dan has joined the cast. And Jeffrey Wright has been approved for the role of Police Commissioner. Colin Farrell will play Penguin. Plot details are kept secret.

Reeves’ debut as a director and screenwriter was in 1994 in an episode of the film “Clash with the Future.” A year later, he wrote the script for the action movie Under Siege 2: Dark Territory, and in 1996 he directed the film The Pallbearer.

In 1998, together with Abrams, Reeves created the television series Felicity, where he acted as a showrunner, screenwriter, and periodical director.

In 1999, Reeves wrote the screenplay for The Yards. In 2008, he directed the film Cloverfield. 2010 will see a remake of the Swedish horror film Let Me In, starring Cody Smith-McPhee and Chloe Moretz.

In February 2017, it was announced that Reeves would direct the superhero film, Batman.