Home News For Years, Brooklyn’s Most Progressive Art Space Made a Big Impact as... 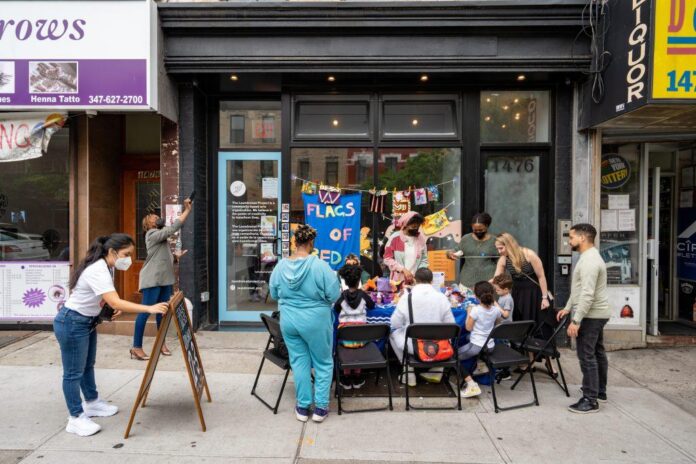 Since its founding in 2005, the Laundromat Project has funded more than 80 public art projects across New York, through residencies and grants for a growing roster of 200-plus artists. These include storytelling workshops conducted by Betty Yu out of a coin wash in Sunset Park, Brooklyn, where the artist grew up, and an outdoor living room for conversations on community safety, led by artist Ro Garrido, in Jackson Heights, Queens.

The impact of these unifying efforts can be traced through dozens of neighborhoods citywide. But it is in Bedford-Stuyvesant in Brooklyn where the arts non-profit has its deepest roots and connections, and where it has been building a new home and an alternative vision of an art space.

In 2020, it signed a 10-year lease on a storefront on bustling Fulton Street, gathering all its operations at one site for the first time since the project’s foundation. The space—purposefully not a gallery—is in a historically Black neighborhood, emphasizing the staff’s commitment to programming that is responsive to the community, particularly for Black residents and other people of color. 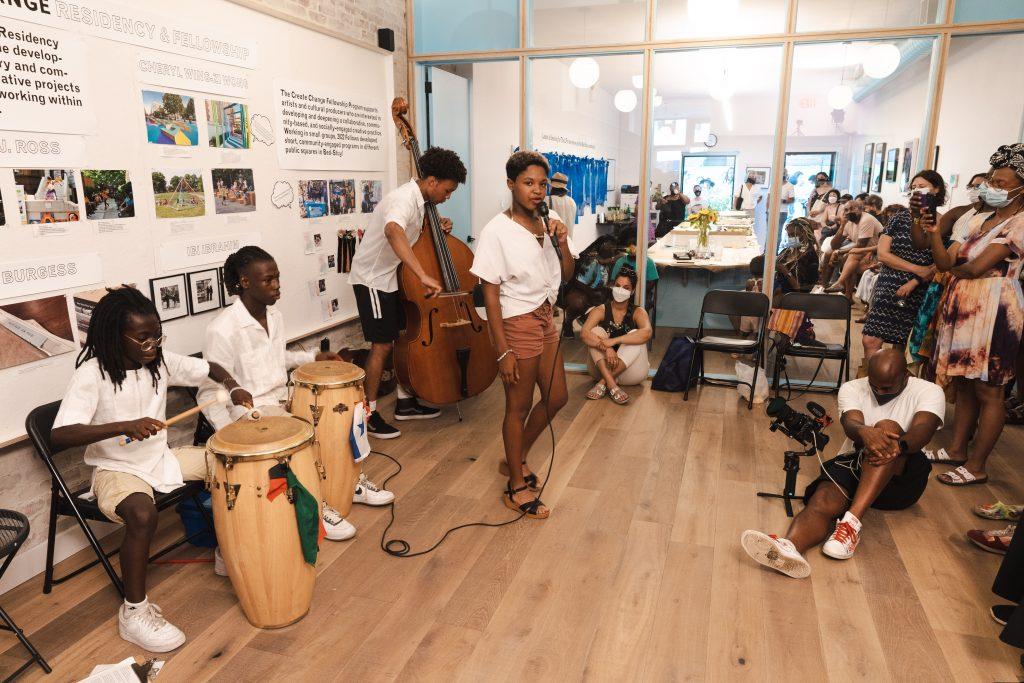 “It’s going to be a learning place, a making place, a getting-to-know-each-other place—all of those possibilities just open up in a physical space,” said Kemi Ilesanmi, the Laundromat Project’s executive director. “We wanted something that was facing the public, and we felt like this was on a block that made sense. It was in central Bed-Stuy, and we knew that we’d be able to make it accessible.”

Inaugurated in August with a festive open house, the bright space is a block from MacDonough Street, where the Laundromat Project was born. Founder Risë Wilson, a Bed-Stuy resident, wanted to bring art outside institutional spaces, to places accessible to her neighbors. She envisioned owning a laundromat—a community hub for all—that offered regular washing services but also socially engaged arts programming. “The idea was to meet people where they are,” said Ilesanmi, who took on her role in 2012.

Early projects, which received support from Echoing Green Foundation, did occur at existing laundromats. In Harlem, one coin-operated business hosted weekend art-making sessions; outside another in Jackson Heights, artist Carlos Martinez set up a public photobooth. Gradually, projects spread to other spaces, from gardens to libraries, chosen to help artists build on existing relationships they had in those neighborhoods. The Laundromat Project organization moved several times too, setting up temporary spaces on the Lower East Side, the South Bronx and Harlem.

With its new storefront comes opportunity for new initiatives, such as a commissioning program for an artist with deep ties in Bed-Stuy to decorate the main window. The first, selected through an open call, is Destiny Belgrave, whose work They Hold Me (2021) depicts Black and brown figures embracing. A sign nearby reads: “someone somebody someguide somespirit somebeing is with you.” 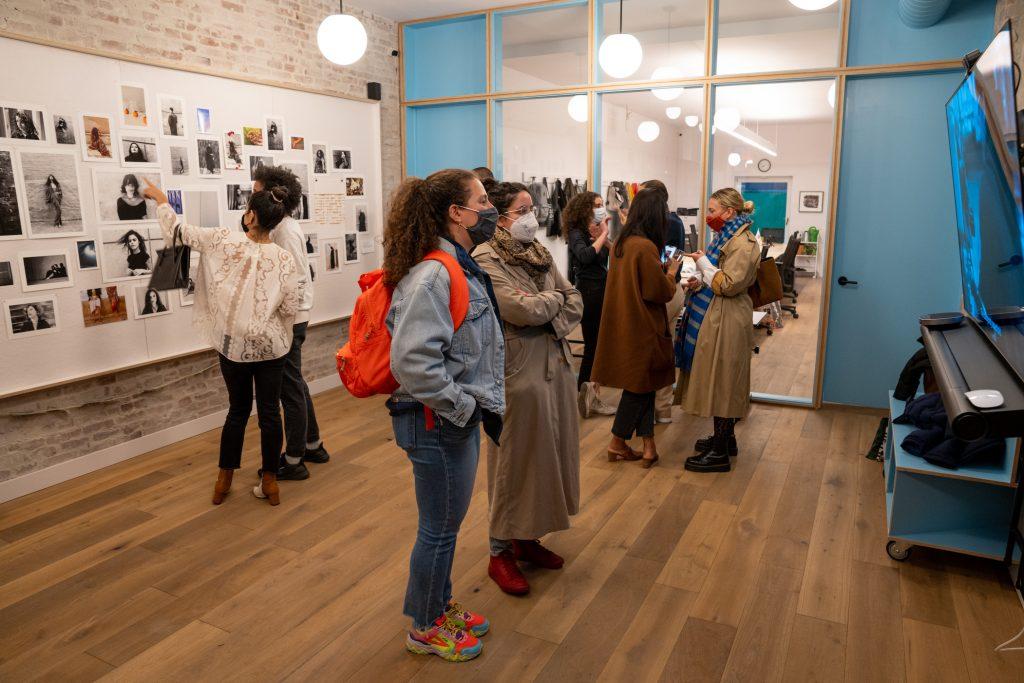 “Some of our dreams are to have a regular potluck, regular community workshops, as we continue to build out,” Ilesanmi said. These will include community-building strategy workshops for residents and fellows selected for the Laundromat Project’s artist-development program, Create Change. Kendra Ross, a current resident artist, has held meetings there with Bed-Stuy neighbors while developing her oral history project, which will culminate with a performance in November.

The pandemic delayed the storefront’s opening, but it also gave the LP an opportunity to “figure out how to show up for our community more,” Ilesanmi said. That meant its staff and artists, but also groups with similar missions. In April 2020, the LP launched the Creative Action Fund to distribute microgrants among its alumni network to help artists beyond a set residency period. 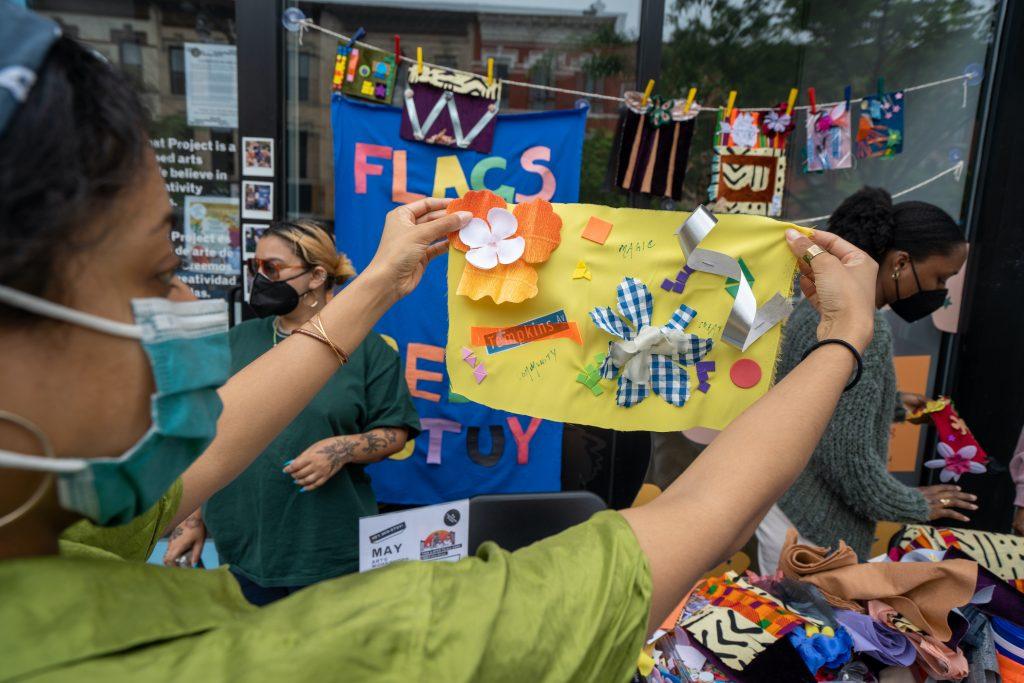 A person holding up a banner made at the “Flags of Bed-Stuy” Fellows Activation, May 11, 2022, at the Laundromat Project. Photo: Alejandro Jaramillo.

The non-profit also received $2 million—equal to its annual operating budget—from philanthropist MacKenzie Scott, $200,000 of which it redistributed to other POC-led organizations including the W.O.W. Project in Manhattan’s Chinatown and Kelly Street Garden in the South Bronx.

Locally, the Laundromat Project connected with more than 100 Bed-Stuy community members, from artists to block mayors, to ask how it can benefit the neighborhood. “If we go one step and we don’t know their name, we’re not doing our job properly and truly, deeply connecting,” said Ayesha Williams, the project’s deputy director. “That’s just embedded in how we work as an organization—understanding what it means to enter a community, to build with the community.”

One distinguishing criteria of the LP’s residencies is that artists partner with a local organization that serves as an “accountability checkpoint,” Williams added, to avoid parachuting into a place. Community members are also included in the Create Change selection committees. “There’s a level of accountability where if you did something that messed up your neighborhood, folks know where to find you—they’ll find your grandmother, your aunt, whoever else, to hold you accountable and keep you in check,” she said.

At the end of the year, Williams will become executive director, as Ilesanmi is stepping away from her position. “On the day I started the job, I was like, ‘I think it’ll take me 10 years to understand what I’m doing,’” Ilesanmi said. “Now, 10 years continues to make sense because I’d get to step away in a time when the organization has a lot of powerful, forward momentum. I’d be able to open up space for new energy, new ideas, new imaginations.” 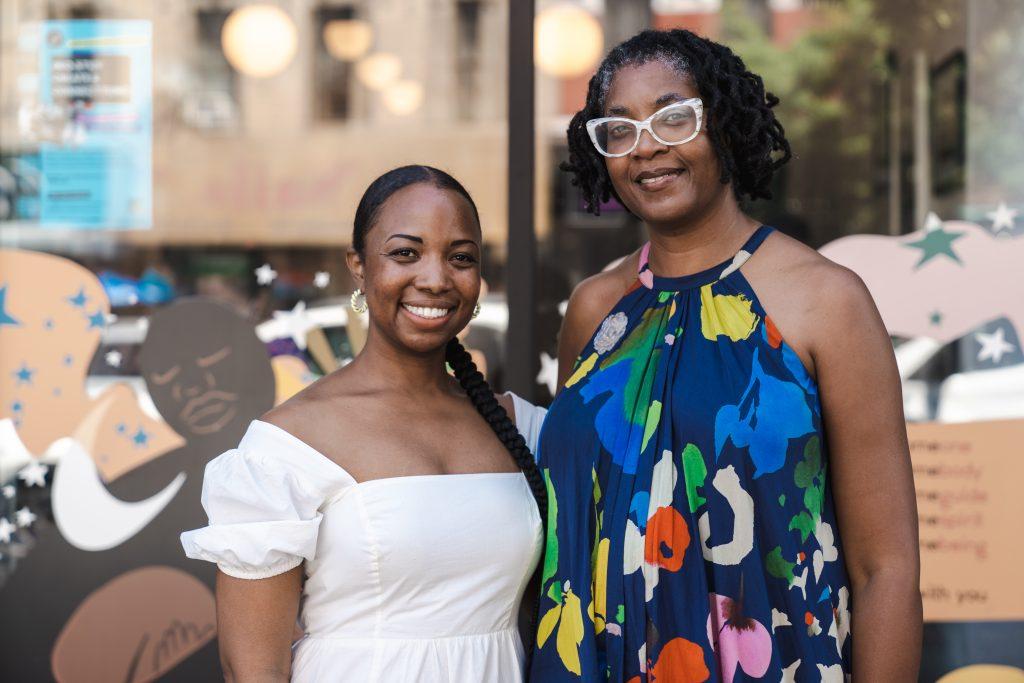 Williams, who joined the Laundromat Project in 2016, said her vision for the non-profit is “to go deeper” and consider how to grow as not just an art space but “a community hub that uses art as a vehicle. Art is our way of bringing people in, then we’re thinking about how we’re connecting people with resources—social services, the Bed-Stuy Family Health Clinic down the street,” she said.

One challenge she will face is how to sustain the Laundromat Project’s work in a neighborhood grappling with gentrification and displacement of people of color. Census data found that Bed-Stuy lost more than 22,000 Black residents between 2010 and 2020 and gained more than 30,000 white residents. “We’re not immune from these challenges,” Williams said. “What does that mean for an organization working to establish itself as a resource, a constant in people’s lives?”

Ultimately, she dreams of the LP securing a permanent space for generations to come. “To know that what we’re planting here can help seed and resource the Laundromat Project’s of the future, that is such an incredible possibility. There’s so much potential,” she said. “A home—what that looks like, who knows? We will all dream together.”