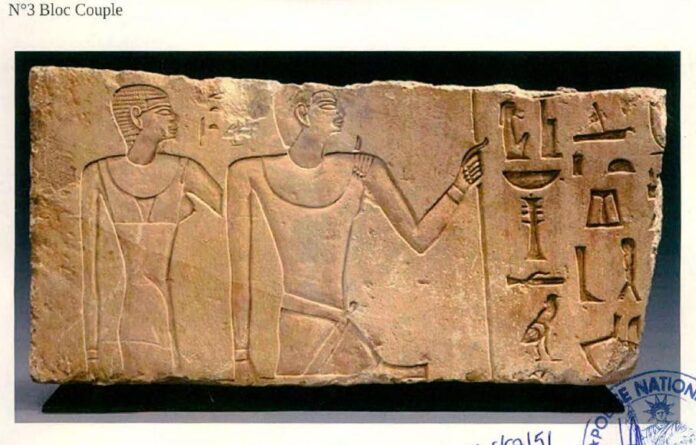 In an ongoing court case, a Paris prosecutor has demanded a suspended sentence of three years’ imprisonment and a €100,000 fine for Didier Wormser, a French art dealer accused of trafficking looted Egyptian antiquities. The prosecutor, François Antona, also requested that the artefacts seized during the investigation, initiated in 2014, be repatriated to Egypt. The trial of 66-year-old Wormser, the owner of L’Etoile d’Ishtar Gallery, took place at the Paris criminal court on 30-31 August.

Wormser also stands accused of using forged documents to create “fake provenances” for the objects. Antona asked the court to “make an example” of the dealer to dissuade the art market from such practices, stressing that several individuals named in this case were also implicated in other trafficking scandals, including the ongoing investigation of Egyptian antiquities sold to the Louvre Abu Dhabi and the Metropolitan Museum of Art in New York.

The objects purchased by Wormser in 2003 are linked to the site of a sixth-dynasty (2330-2150 BC) necropolis in Saqqara, including the tomb of a priest called Hau or Hau-Nefer. The court heard testimony from Vassil Dobrev, an Egyptologist from the French Institute of Oriental Archeology (IFAO) in Cairo who led the excavation of the site in 2001. According to a legal statement from the Egyptian government, when the dig resumed in October 2002, “it appeared that a dozen engraved stones had been removed from the facades of the tombs’ chapels”. However, Wormser’s lawyer, Anne-Sophie Nardon, argued that because the theft was only reported in 2014 and no criminal complaint was filed by the Egyptian state, the defendant could not have known at the time of purchase that the pieces were looted.

Dobrev said he did not report the theft immediately, because “he could not prove it”. In 2013, he learned that the Museum of Fine Arts in Budapest had just purchased a lintel bearing the name of Hau and his wife. In a statement to The Art Newspaper, the museum says it bought the piece for €360,000 from the British dealer Rupert Wace at the Tefaf Maastricht fair. Wace, the museum says, provided “relevant documents that the artwork had been sold in 1974” by the Parisian gallery Mythologies, owned by the late France Lucas. Investigators concluded that the papers were “gross forgeries”. The museum says it will “respect its possible obligation to restitute”, but still expects Egypt to “present the evidence of the looting”.

A government representative says that Egypt is awaiting the final judgement, due on 18 October, before it submits a formal restitution claim to the Budapest museum. Wace declined to comment. According to the court papers, he sold the artefact to the museum in partnership with the Parisian dealer David Ghezelbash, who had purchased the fragments from Wormser’s gallery. In March, Ghezelbash was charged with gang fraud in the investigation of the Louvre Abu Dhabi antiquities, and he has been forced to close his gallery.

In his testimony, Wormser named another antiquities expert and dealer implicated in this case, Christophe Kunicki. Wormser said he had put two engraved stones up for sale in 2012 and 2013 through the Pierre Bergé & Associés auction house, where Kunicki was acting as expert. In both cases, the auction catalogues claimed that the objects had been sold in Paris in the mid-1970s, but, according to Wormser, Kunicki “never asked to see any document” stating their provenance.

Wormser admitted to the court that there was no doubt the stones came from the Saqqara necropolis and that “they should be restituted to Egypt”. He said he had purchased a total of six pieces from the tomb (three were excluded from the case because the statute of limitations had expired) “in complete good faith” from Finatrading, a company in the British Virgin Islands owned by the Swiss businessman Yves Bouvier. The firm sold the pieces, which were broken into 11 fragments before they were restored by Wormser’s gallery, for €10,000, which led the lawyer representing the Egyptian government, Matthieu Boissavy, to wonder whether the transaction “hid some occult financial circuit”.

Records show that between 2003 and 2005 L’Etoile d’Ishtar Gallery purchased 90 antiquities from Finatrading that were transported from Switzerland by Art Transit, another company owned by Bouvier. Wormser said he subsequently “stopped buying from Finatrading because it failed to deliver proper provenance documents”.

Questioned by The Art Newspaper, Bouvier said that he could not comment on sales he had “no recollection of” and that he could not access the company’s archives, which are held in Asia. Bouvier was not charged or interviewed by French police. No charges were held against Wace, Ghezelbash or Kunicki. So Wormser stood alone in the dock. His lawyer asked the court to avoid “targeting Didier Wormser as a scapegoat” and to “take into account” that the “legal and cultural context” of the art market had “completely changed” over the past decade.