Home News From Dazzling Images of Deep Space to the Death of Meow Wolf... 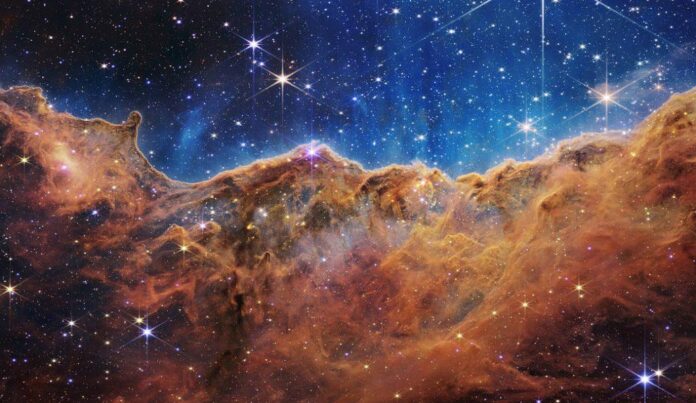 ‘Magic Mirror’ Discovered in Storage – A rare Chinese mirror, that appears simply to be a bronze disc, was unearthed at the Cincinnati Art Museum where it had languished in storage for years.

Christie’s Nets $4.1 Billion in First Half of 2022 – The auction house reports the best earnings in its first half of the year since 2015, but remains cautious when it comes to NFT sales and slowing demand from Asian buyers.

Hendricks Heads to the Frick – Next September, Barkley L. Hendricks’s portraits will hang alongside European Old Masters at the Frick Madison, marking the institution’s first solo show featuring an artist of color.

New Law Increases Penalty for Vandalizing Monuments – In the U.K., vandals who target public monuments will face harsh penalties and prison time thanks to a new law.

Perrotin Expands, Again – The gallery is opening a second space in Seoul ahead of Frieze’s debut in the city.

Stolen Relics Returned to Art Detective – An ancient copper vessel reportedly holding the blood of Jesus stolen weeks ago was just returned to Arthur Brand, the “Indiana Jones of the art world.”

A Table to Die For – Sotheby’s sold a Jean Prouvé table for $1.3 million in June, but did not disclose that the material may contain asbestos, a mineral known to cause mesothelioma and lung cancer.

Social Media Calls Out Plagiarism Controversy – Paintings of a Black cowboy on display at the Guggenheim Bilbao were borrowed directly from scenes captured by a filmmaker, and now the works will hang side by side.

Florida Man Faces Prison Time for Art Con – A man is facing up to 20 years in prison for allegedly selling worthless prints as multimillion-dollar works by art stars.

NFT Owners Are Screaming as Therapy – Amid the crypto winter, NFT collectors are joining social media groups to literally scream out their frustrations.

Smithsonian’s Hirshhorn Museum in Washington, DC picks architects for major revamp of its building and plaza