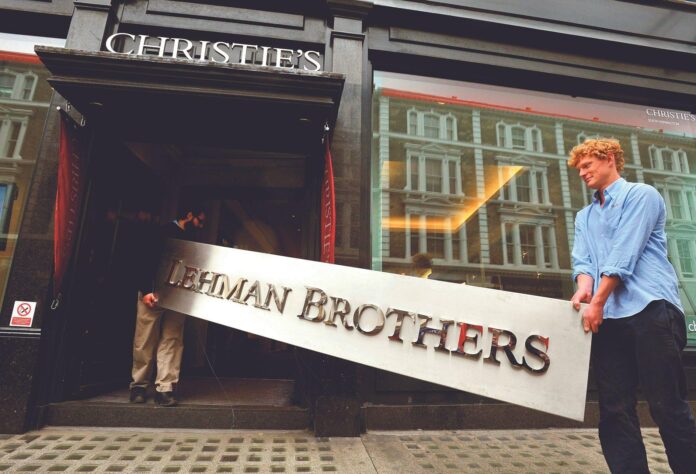 “Some of the froth is going out of the market,” said Stephen Brooks, the chief executive of Phillips, in a widely quoted comment after the company’s evening auction of 20th-century and contemporary art in New York in November. The 44-lot sale raised $138.9m, down 39% on the record $224.9m achieved from 36 works at Phillips’s effervescent equivalent auction in May.

A preponderance of lots selling within pre-sale estimates at Phillips signalled “a softening in ever-escalating art prices”, according to Barron’s, a sister publication of The Wall Street Journal. This was also the takeaway of the London-based analysts ArtTactic, whose report on New York’s November 2022 season concluded that “despite record sales”, there were signs that the market for high-end Modern and contemporary pieces was “less buoyant than 12 months ago”. Right. So sales were higher than ever, but the market was softening?

These paradoxical perceptions, so typical of the Alice in Wonderland optics of the art world, were hardly surprising in the aftermath of the behemothic $1.6bn achieved earlier in November at Christie’s two-part auction of the Paul G. Allen collection.

But Christie’s Allen sale, the highest-grossing private collection auction in history, was a statistical outlier from which broader conclusions about the current state of the market perhaps should not be drawn. Far more representative was that Phillips sale, part of New York’s regular autumn series of marquee Impressionist, Modern and contemporary auctions held the following week. These are the bread-and-butter turnover generators of the Big Three house’s annual sales figures. This time round the butter was spread a little thinner. Sotheby’s, Christie’s and Phillips’s evening sales in these categories raised an aggregate $1.1bn with fees, as against $1.5bn in May and $1.3bn the previous November, according to data supplied by the London-based auction analysts, Pi-eX.

“These sales were subdued,” says Christine Bourron, the chief executive of Pi-eX. “If you look at these auctions in a traditional way, they seemed to have done very well. There were very few unsold lots. But if you forget about those, this was the worst performance since 2008,” Bourron adds, referring to the November sales held in the wake of Lehman Brothers filing for bankruptcy. That equivalent series 14 years ago grossed just $610m with a remarkable 40% of the 347 lots failing to sell. This November, just 7% of the 252 offered lots were bought in.

Back in November 2008, none of the works were protected by third-party guarantees. This November, 42% of the lots had been effectively pre-sold to external guarantors, resulting in a far lower level of failures. In addition, the auction houses have become far more adept at withdrawing lots that do not attract interest, rather than let them be “burned” in a public sale. In terms of selling rates, today’s top-end auctions look as though they’re doing fine. However, Pi-eX reveals that this latest November series registered the smallest haul of prices that bettered their low estimates since 2008. In other words, an awful lot of works offered in November sold for one bid to their guarantors.

At the above mentioned Phillips auction, for instance, all ten of the most expensive lots sold within expectations, seven for hammer prices either on or below the low estimate. Five of those sub-optimal performers—works by Jean-Michel Basquiat, Mark Bradford, Julie Mehretu, René Magritte and Alexander Calder, with low estimates ranging from $3.5m-$7m—were backed by third parties, according to the catalogue.

A skimming, cooling, correction—call it what you will—at the top end of the art market was hardly surprising given the state of the wider economy. In the middle of November, nine months into Russia’s invasion of Ukraine, the S&P 500 index of US equities was down more than 17% for the year, the Nasdaq Composite index of tech stocks down 28%, Ethereum, the cryptocurrency used for most NFT transactions, down 62%. Meanwhile, inflation in the West’s major economies had typically risen to levels between 8% and 12%, triggering interest rate rises, making debt more expensive.

“Clients have been telling me their investments have been down as much as 20% over the year,” says Clayton Press, a New England-based collector and adviser, who teaches art history at New York University. “That’s a significant decrease. It makes people more cautious, and people worry in packs.”

Once again, the art market, rather than being entirely separate from the wider economy, as everyone working in the industry hopes, has proved to be a lagging indicator. Back in 1991, following the bursting of Japan’s bubble economy and Iraq’s invasion of Kuwait, global auction sales declined by a staggering 62%, according to data supplied by Rachel Pownall, the professor of finance at Maastricht University. But recently fangled mechanisms like third-party guarantees (first indicated in auction catalogues in 2010) help ensure that today’s art market slumps aren’t so obviously visible. Collectors and traders offer guarantees in the hope of either buying the work on favourable terms or, if the bidding continues, sharing a slice of the upside. And if an outside guarantor cannot be found to ensure the sale of a high-value lot, the auction house’s owner can always step in.

It has long been presumed that Francois Pinault, the French billionaire owner of Christie’s, has been the backstop buyer of trophy works at his own auctions. Roy Lichtenstein’s Nurse (1964), which sold for a record $95.4m in 2015, is said to be one such purchase, according to Artnet News, but this has never been confirmed.

Picking up the tab

The Art Newspaper, in collaboration with other media outlets, recently revealed the extent to which Patrick Drahi, the French billionaire owner of Sotheby’s, has bolstered sales at the company he owns. Hacked emails, pertaining to Drahi’s attempts to get around paying 7.7% Swiss VAT, have revealed he owns art valued at more than €750m. At least 25 of the works were bought at Sotheby’s. Among them is Giovanni Battista Tiepolo’s Madonna of the Rosary with Angels (1735). This had been the top lot at Sotheby’s January 2020 evening master paintings sale in New York, selling for the low estimate at a published price of $17.3m with fees, having been guaranteed by Sotheby’s without the support of a third party. The emails show Drahi picked up the tab. The Tiepolo could be seen on view at Moretti Fine Art in London this autumn. Fabrizio Moretti, the dealership’s director, confirmed to The Art Newspaper the painting was for sale, but wouldn’t divulge the price.

These revelations of Drahi’s buying activities and his attempts to get around value added tax when moving his purchases from his Swiss residences offer a rare and, to some, unedifying insight into how the art world’s wealthiest players operate. But some market insiders aren’t that bothered. “Yes, this is a game for billionaires. Why should we worry? A rising tide lifts all boats,” opined John Baer in his BaerFaxt trade newsletter in November, shortly after the Drahi revelations emerged.

Quite how a billionaire not paying tax lifts anyone else’s boat is anyone’s guess, but the recognition that the top end of the art market has become a “game” for the super-rich is something worth thinking about. As a Guardian football correspondent aptly put it, describing the hubristic excesses of the opening of the 2022 Fifa World Cup in Qatar, “This was the global game in its final form, a private power-show for the benefit of a very small group of very rich people.”

For Bourron, the only way the top end of the art market will undergo any kind of serious, visible correction is if third parties stop the flow of guarantees. “The third-party guarantors will have to discover they’re buying overpriced works,” Bourron says. “But that takes time, and there’s way too much money in the market.”

But what if the world’s richest have become so rich they don’t actually care if they overpay for art? What if they just want to carry on playing this beautiful game?

Then the art market no longer has a problem. Society does.