Home News Harry Winston Offers a ‘Bejeweled Getaway for the Senses’ With Its Latest... For its latest collection, “Majestic Escapes,” Harry Winston was inspired by a very specific type of travel—one where all routes lead to paradise. From sun-drenched isles to lush oases, the luxury house’s designers and artisans were tasked with distilling the essence of eight dream destinations into high jewelry.

It’s alchemy to transmute the color, terrain, and vibe of a specific into a necklace, but the one-of-a-kind pieces are indeed redolent of their respective locales. The Costa Rican rainforest is rendered in emerald-cut tsavorites, while lavender sapphire paired with orange spessartite conjures the sunset splashed across the expansive Grand Canyon skies. Wearers and admirers alike would certainly be dazzled by the display of gems, with or without the inspiration memo. 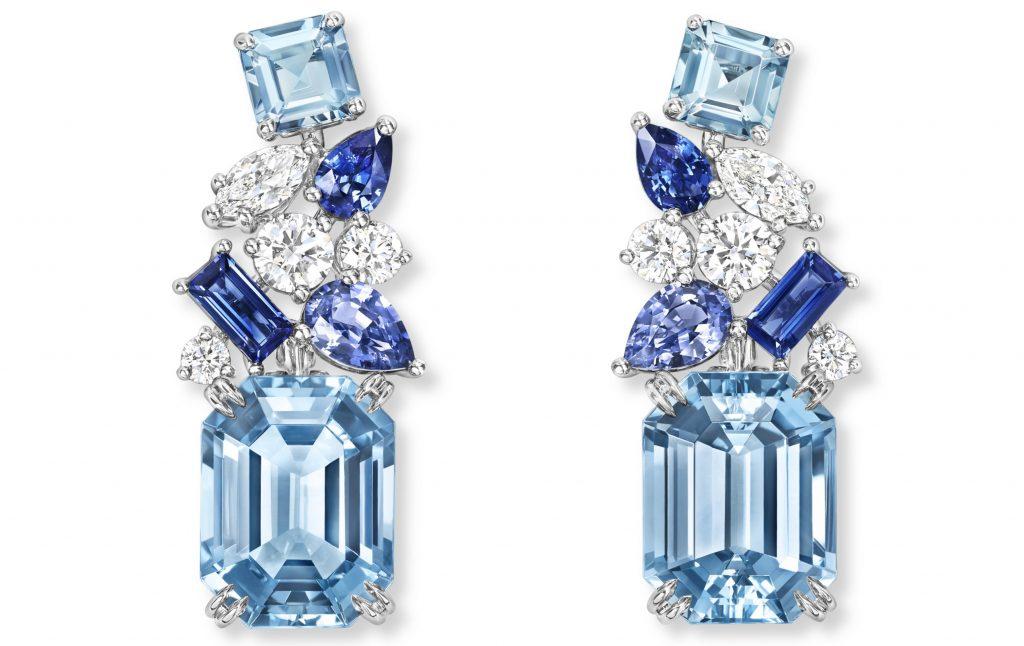 Dubbed by the house as “a bejeweled getaway for the senses,” the “Majestic Escapes” collection is defined by gem selections that veer from the usual luxury suspects, as well as clever new avenues of design. The two combine for an overall modern aesthetic that addresses a clientele beyond the traditional gala crowd. Standouts include the Santorini-inspired set: the sapphires, aquamarines, and diamonds are meant to echo the blue-domed buildings of the sun-bleached Greek island. But instead of riffing too literally off of those dome shapes, the pieces present a chic, almost haphazard assemblage of gems—perhaps a parallel to the craggy cobblestone streets? Another cool design swerve is the different cuts and shapes for each stone.

The pieces carry an air of effortlessness, but the craftsmanship is bar none. It’s evident when you feel the weight and substantiality of each piece in the collection, and see the complex architectural structures on the undersides gripping the break-the-bank gems. Such finishing is all customary for the 90-year-old purveyor of American luxury, but actually feeling the pieces makes one appreciate the unseen. It took over two years to conceive and realize this high jewelry collection.

The Amalfi Coast is represented by 48 rubellites, 32 carats of diamonds, and turquoise. Courtesy of Harry Winston.

Perhaps the stars of “Majestic Escapes” (although that, of course, depends on the beholder) are the necklace and earrings representing the Amalfi Coast. The craggy hills’ fuschia bougainvillea is channeled with rubellites, but what really gives these pieces an edge is the turquoise. It’s a curveball of a stone to add to the assemblage, the smooth robin’s-egg droplets contrasting with the sharp cuts of the more crystalline gems. The turquoise is a bright, fresh-spirited choice that speaks to the now Whichever locale one chooses, the result is the same: a souvenir that will last forever. 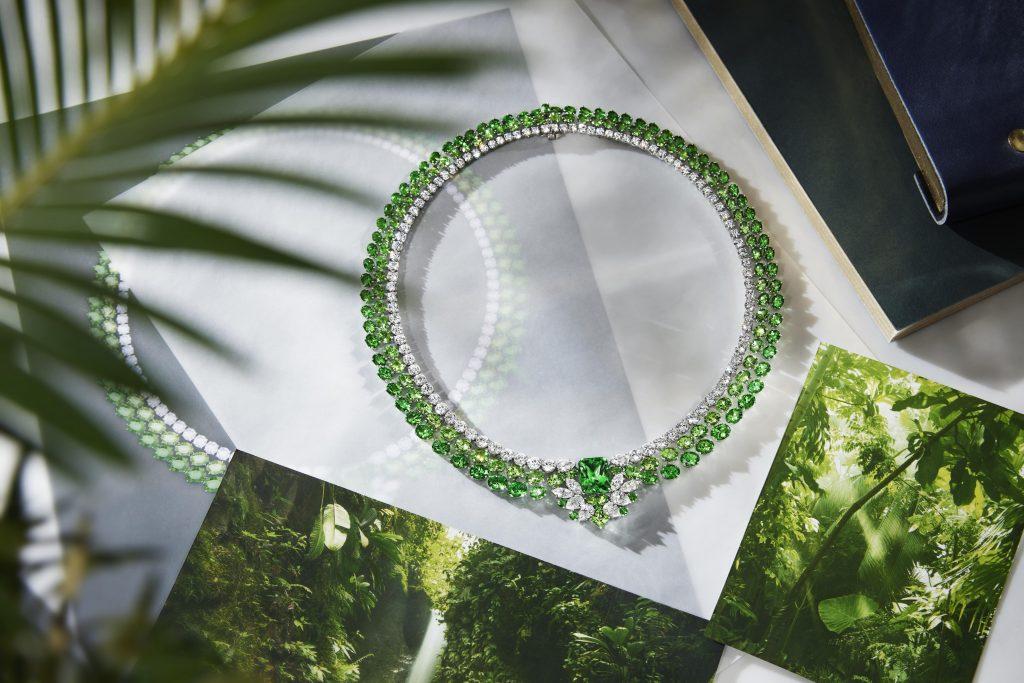