Home News Heading to Seoul for Frieze? Here’s Where to Go, Where to Stay,...

Recent years have seen the South Korean capital turn into a global art hub, home to powerful collecting families, world-class museums, and a thriving international gallery scene. It’s no wonder, then, that Frieze chose the city to host its first art fair in Asia, launching later this week (September 2–5).

Despite its rising cultural cachet, Seoul has to this point remained off the fair-going itinerary. So we tapped three local art-world insiders—publicist and author Fiona Bae, Kukje Gallery vice president Bo-young Song, and interior designer Teo Yang—to help us craft an essential guide to the city now. 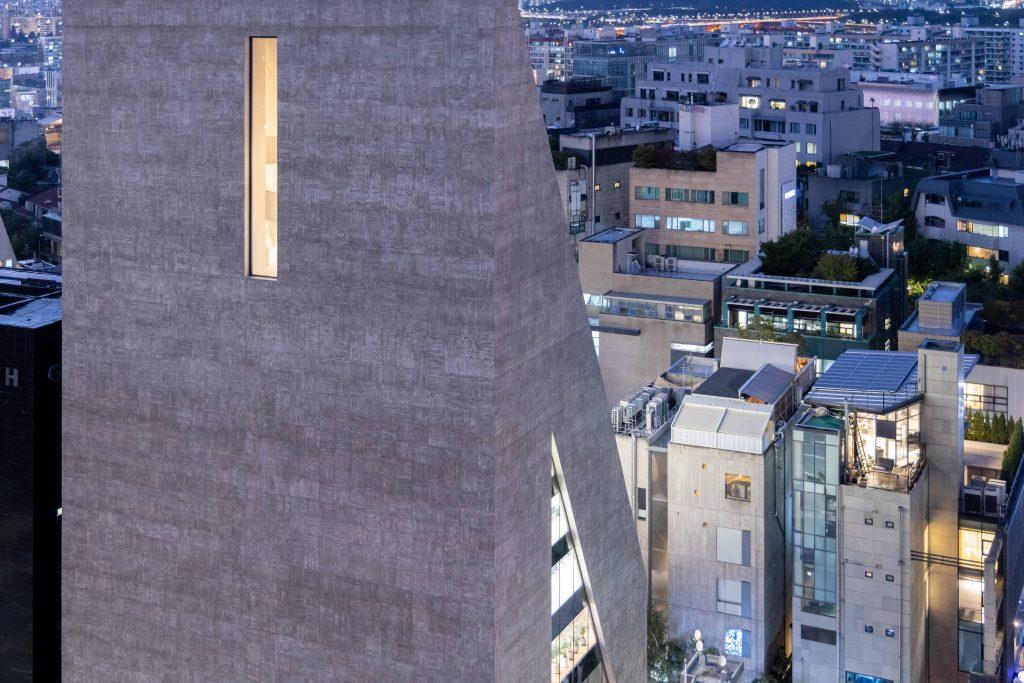 See + Do: Some of Seoul’s top institutions for contemporary art are just as notable for their architecture. Songeun Art Space opened last year in the fashionable neighborhood of Cheongdam-dong, showcasing works by emerging Korean artists in a triangular, concrete-and-wood building designed by Herzog & de Meuron—the Swiss architects’ first-realized project in Korea.

Across the Hangang river, in the commercial district of Dongdaemun, you’ll find Dongdaemun Design Plaza, a futuristic cultural hub designed by Zaha Hadid. The massive, spaceship-like structure houses everything from exhibition spaces to a design museum, hosting art and fashion shows, musical performances, and more. 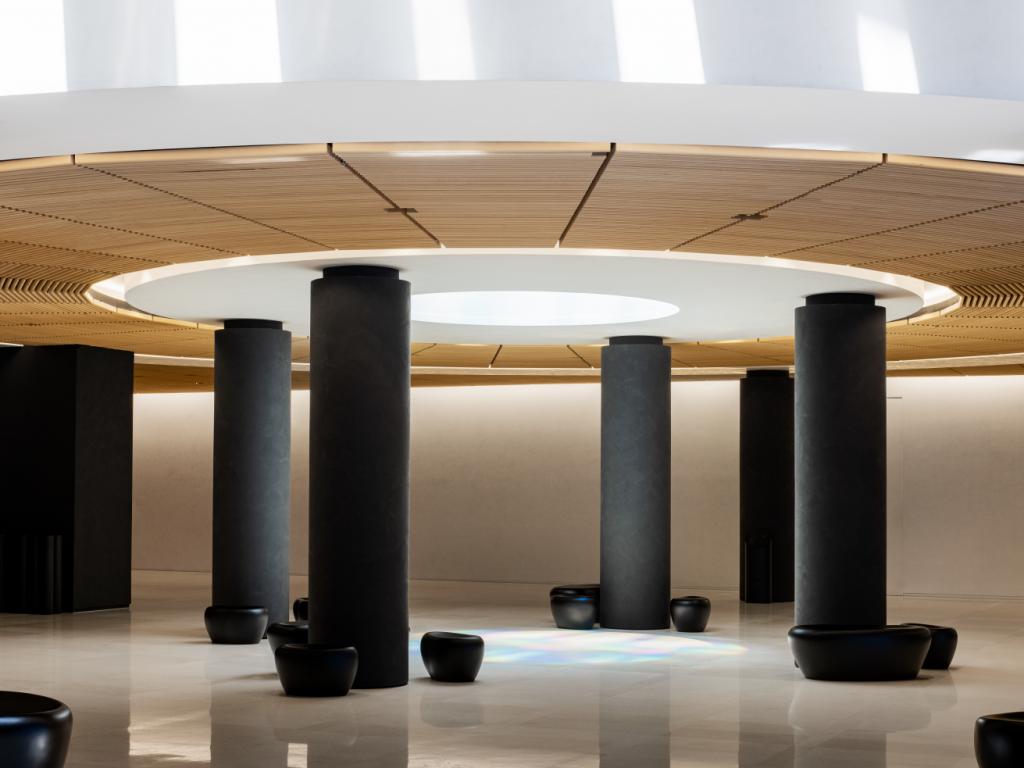 Another highlight in the city’s north, on a hilltop in the cosmopolitan neighborhood of Hannam-dong, is Samsung’s Leeum Museum of Art. The foundation tapped starchitects Mario Botta, Rem Koolhaas, and Jean Nouvel to design three unique buildings for its impressive collection of historic Korean as well as international Modern and contemporary artworks.

Meanwhile, Hyundai Card just unveiled a space nearby, where its credit cardholders and their guests can simultaneously experience art and music. The Hyundai Card Art Library opened earlier this month inside the company’s Vinyl & Plastic music store, with a collection of more than 6,000 art books, including rare editions—”a meticulously curated selection,” according to Song. 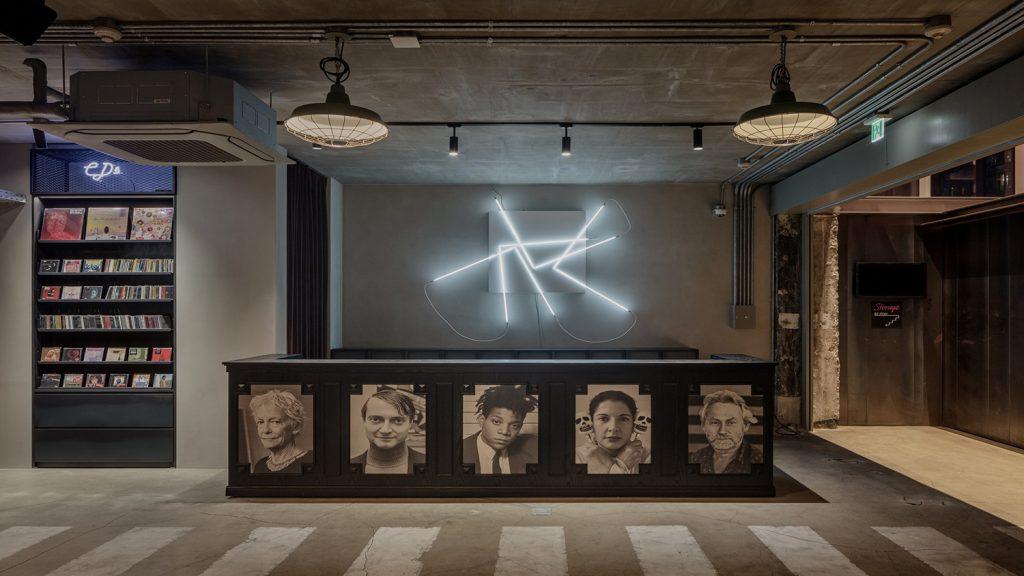 Across the street is Pace, newly expanded with a 1,500-square-foot exhibition space on the ground level, plus an outdoor courtyard with a teahouse. It first arrived five years ago amid an influx of international galleries such as Lehmann Maupin, which just opened its second space nearby, and Perrotin, which now also has two locations in the city, having unveiled the latest this August in luxe Dosan Park.

Perrotin’s original gallery is situated a quick drive south in the old-meets-new neighborhood of Samcheong-dong. Its namesake thoroughfare is the heart of Jongno-gu, the city’s main art district, where the National Museum of Modern and Contemporary Art sits alongside a number of renowned Korean galleries. 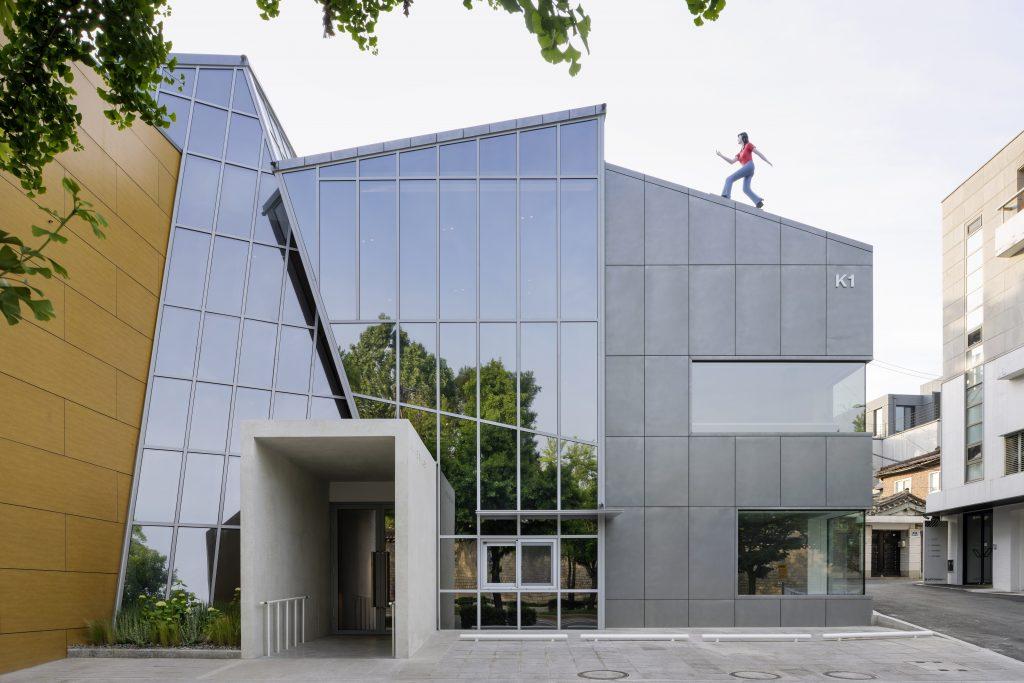 Among them, Kukje shows works by contemporary artists from near (see Lee Seung-Jio’s geometric abstract paintings on display September 1–October 30, 2022) and far (Roni Horn, Anish Kapoor). And Hakgojae bridges art from the past and the present, as well as from the East and the West, in a space partly modeled after the area’s (traditional Korean houses).

Indeed, Seoul’s art scene encompasses much more than contemporary art. Not far from Jongno-gu, close to the 14th-century Gyeongbokgung Palace and the historic Jogyesa Temple, a former girl’s high school recently reopened as the country’s first museum dedicated to Korean craftsmanship: the Seoul Museum of Craft Art. Yang loves the museum for its extensive archive of both traditional and modern techniques. 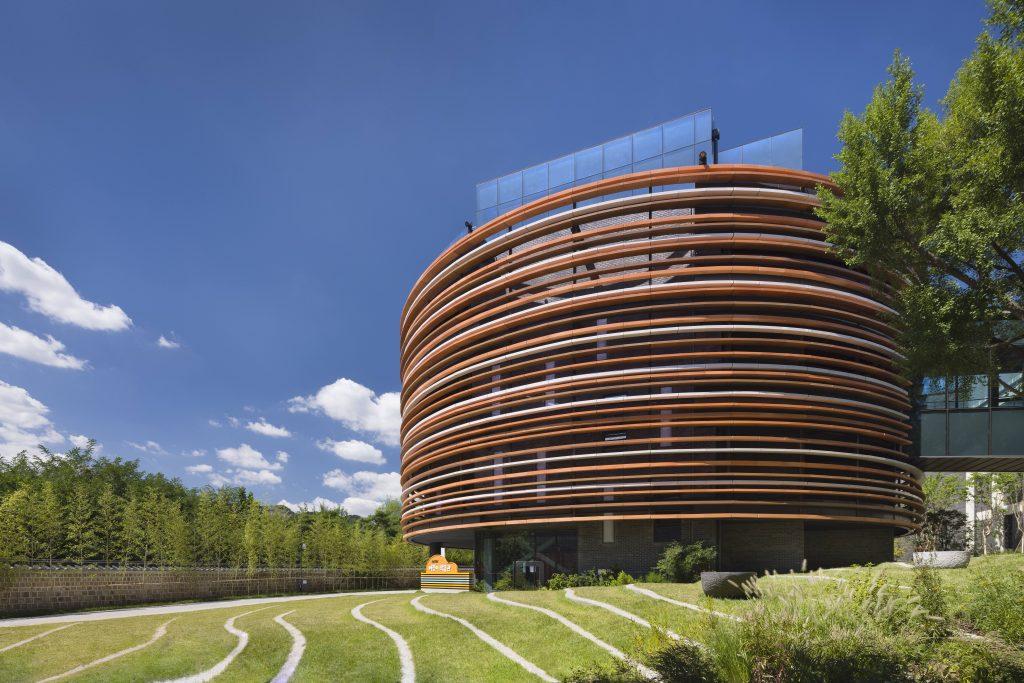 The designer also recommended the reservation-only Korea Furniture Museum in Seongbuk-dong, a residential neighborhood in the north of the city. With 10 displaying more than 2,500 old-fashioned wooden furnishings, it is, according to Yang, “a must-visit if you want to experience the traditional side of Korea.”

Song would agree: “For the scale and quality of the collection, this jewel has remained one of Seoul’s less-visited museums,” she said. “It provides a beautiful landscape where one will feel like they are truly in Korea.” 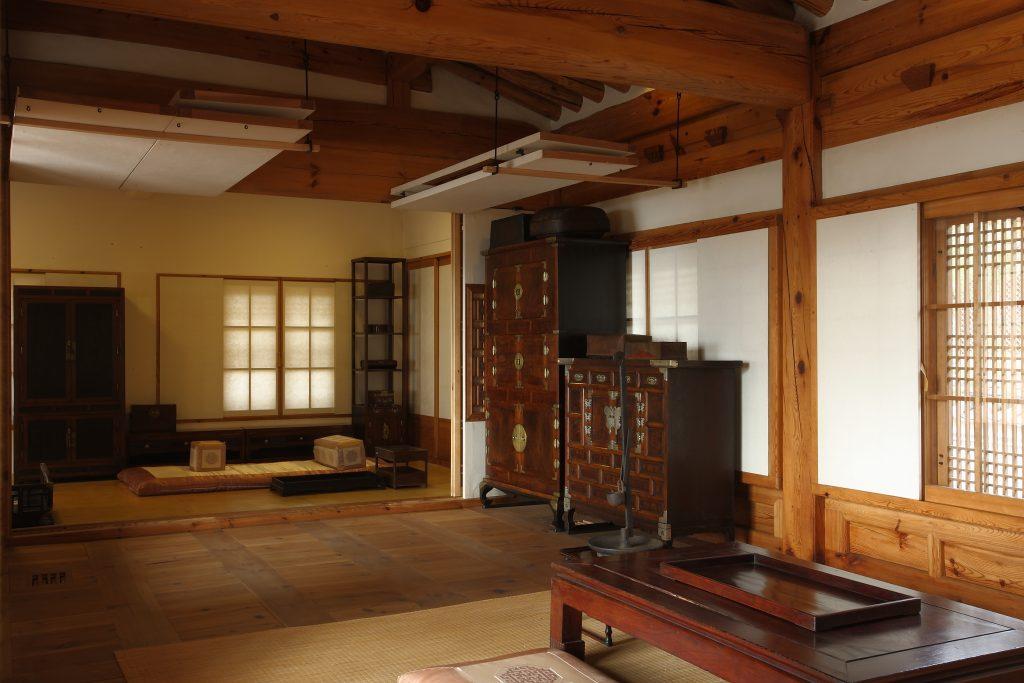 Last but not least, don’t miss the National Museum of Korea. As the country’s biggest museum, displaying more than 12,000 artworks and artifacts in the central Yongsan district, it is hardly a secret, though Bae and Song both recommended pausing in its Room of Quiet Contemplation. There, you’ll find two glimmering bodhisattva statues in a dimly lit space designed by Korean architect Choi Wook, of local firm One O One.

“While this presents a stark departure from the blockbuster works by blue-chip artists you’ll encounter at Frieze, it definitely provides a refuge from the hustle and bustle of the city,” Song said. Bae added, “It is sublime.” 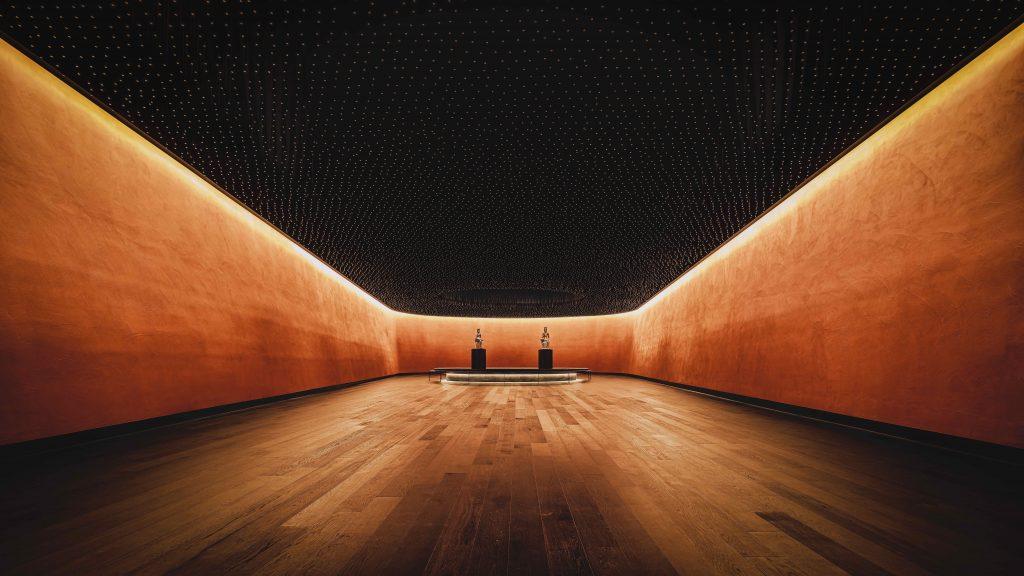 The Room of Quiet Contemplation at the National Museum of Korea. ⓒ One O One architects.

Eat + Drink: If you’d like an artful eating experience, the Restaurant at Kukje Gallery serves seasonal Italian and French-Japanese dishes in a space designed by Teo Yang Studio, while displaying works by the gallery’s roster of artists (including a Haegue Yang installation hanging from the ceiling). But to appreciate the local cuisine, you’ll have to venture beyond Seoul’s art spaces.

For a comforting introduction to Korean food, Yang recommended Parc Seoul, which serves dishes inspired by recipes that have been passed down through generations of owner Pak Mogua’s family. Of note: It’s close to the Leeum museum. 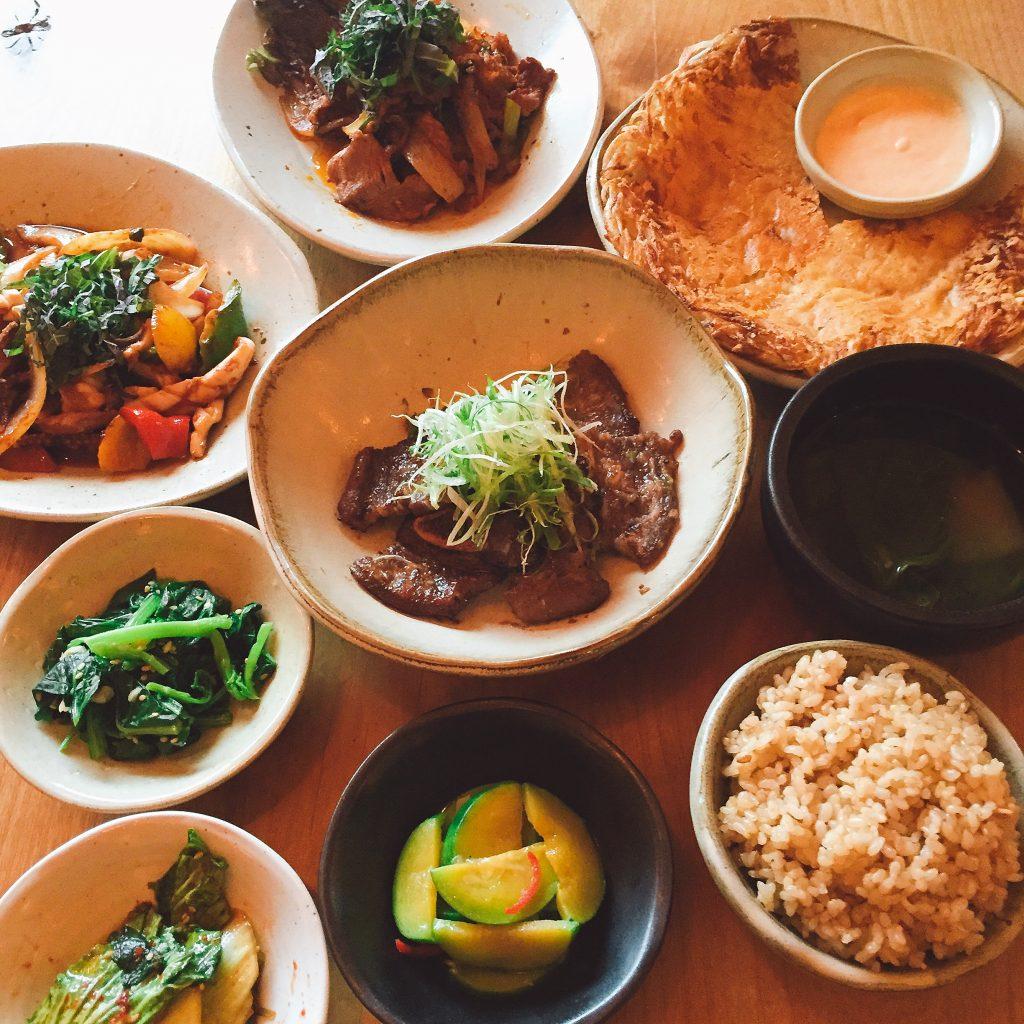 For a contemporary take on Korean fine dining, try the two Michelin-starred Mosu, in Yongsan. Song called its menu “one-of-a-kind,” as it boldly experiments with local ingredients such as acorn noodles, greater amberjack, Korean beef, and kelp—“all concocted with a contemporary twist that alludes to Western dishes such as abalone tacos and choux pastries,” she said. “The cherry on top is the selection of wines, paired in the most unexpected ways.”

When in Korea, you must try Korean fried chicken. Bae likes Hyodo Chicken, a retro diner in Gangnam from chefs Mingoo Kang (of Seoul’s two Michelin-starred Mingles) and Shin Chang-ho (of the two Michelin-starred Joo Ok) that takes the beloved dish up a notch. “Don’t forget to order the spicy sea snails with noodles,” she advised—“it complements the chicken and serves as great [food to have with alcohol].” 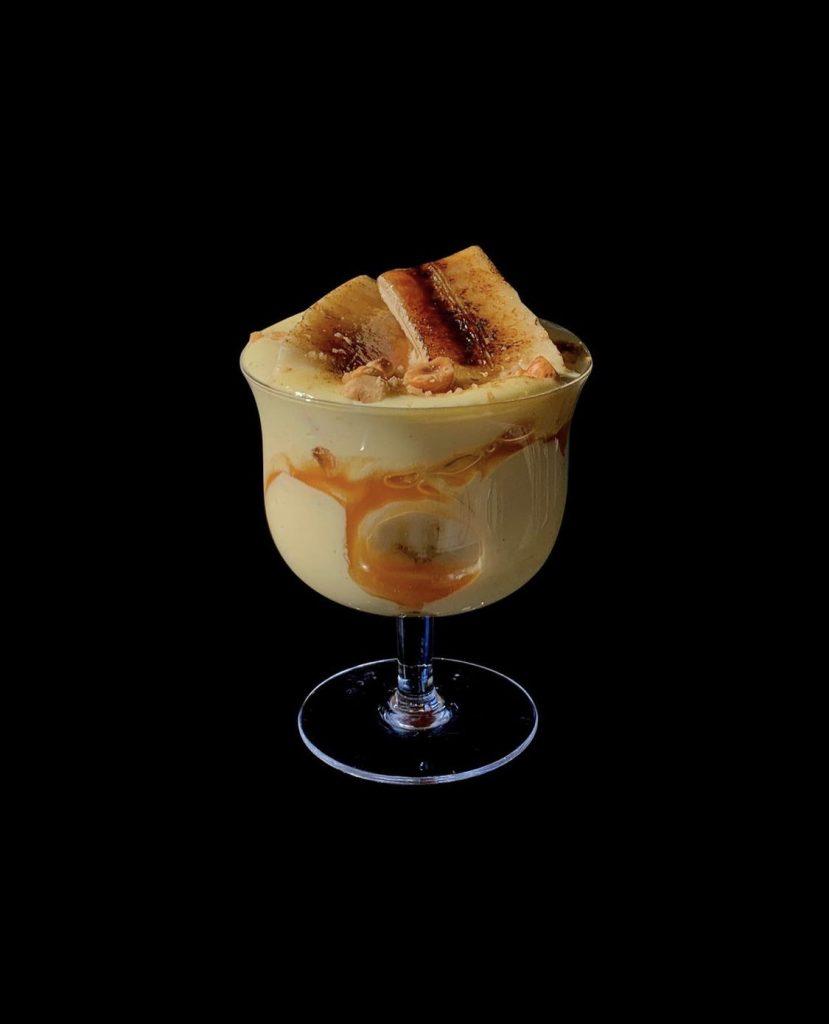 As a publicist who works with high-profile clients in the art and design worlds, Bae—who is set to publish with Thames & Hudson in September—also knows where to go for cocktails. Zest, an upscale bar in the luxe neighborhood of Cheongdam, is “a culmination of all things Korean,” she said. Ranked 48 on Asia’s 50 Best Bars 2022 list, Zest mixes its own gin with local ingredients such as Jeju orange, using the fruit skins in pursuit of zero waste.

She also suggested Seomgwang, a speakeasy serving creative cocktails and small plates to a hip fashion and design crowd. It is situated in Euljiro, an industrial neighborhood that’s recently been attracting young new galleries such as N/A and Euljiro OF. “It has many cool bars to explore,” Bae said. 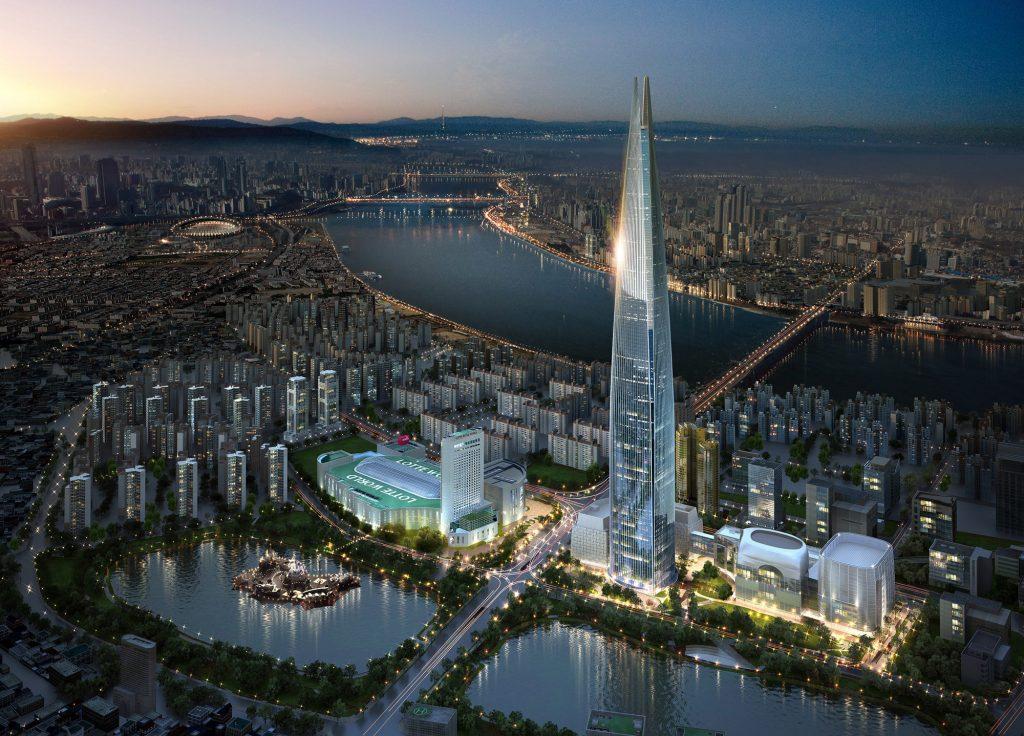 Stay: Song, Yang, and Bae all suggested staying south of the river in Gangnam, the buzzing district where many of the city’s top hotels are situated. It is a quick drive from COEX, where Frieze will be held.

With its elegant suites featuring marble bathrooms and floor-to-ceiling windows, not to mention its locally inspired Eatanic Garden restaurant, the recently opened Josun Palace, a Luxury Collection Hotel, is where Song would book if she didn’t live in Seoul.

Yang, meanwhile, is partial to the panoramic views from Signiel Seoul, which has 235 tony guest rooms and two Michelin-starred restaurants occupying floors 76 to 101 of the 123-story Lotte World Tower—the tallest building in the capital.

For those seeking peace and quiet, Bae recommended the intimate Owall Hotel. With marble-clad exteriors and minimalist interiors designed by the late Korean artist and architect Paik Sun Kim, featuring 32 -like rooms and an in-house gallery, it offers a Zen-like experience amid all the buzz.

‘I never run out of ideas’: an interview with Yayoi Kusama and highlights from her new catalogue