Home News Here Are 5 of the Most Radical Artist Projects Breaking New Ground... 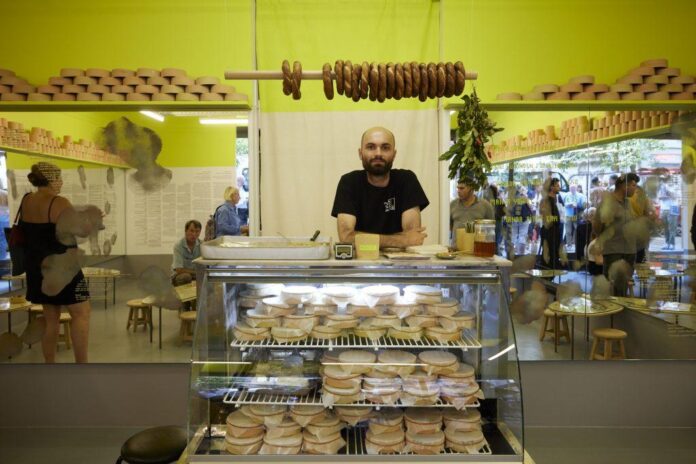 The curators of Istanbul Biennial, which opened to the public on Saturday, September 17, have called for a “great dispersal” and “an invisible fermentation” of art. But what does it mean? One answer is sprawling and varied exhibition sites around the Turkish capital., which is hosting the show until the end of November. It also means that at these locations, identities of artists participating in the show are de-centered—here they are only called contributors. What’s more, the majority of those presenting at the 17th edition of the exhibition are working within clusters of trans-disciplinary collectives beyond the confines of the art world.

Not unlike the major quinquennial Documenta 15 now on view in Kassel, there is less emphasis on standalone artworks and much more focus on process in a dense show brought together by an international trio of curators, Amar Kanwar, Ute Meta Bauer, and David Teh. Point in case: At the preview days last week, the three spoke about their premise within a gathering of journalists and critics, all of whom were surrounded by the sound and installation of a traditional Turkic healing music concert, brought together by Mariah Lookman.

From a show which includes 50 projects and 500 contributors, Artnet News selected five standout highlights. These challenging projects demonstrate a particularly powerful level of engagement with environmental and societal concerns and local communities, a crucial underpinning of the exhibition. 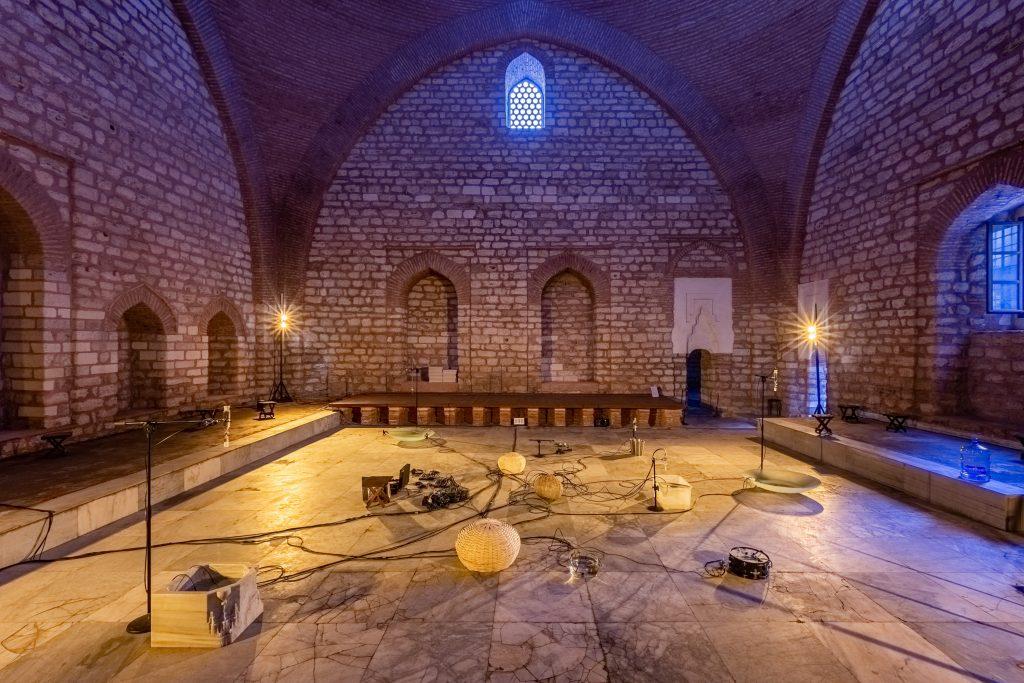 During the opening of Istanbul biennial, Paris-based Lebanese composer Tarek Atoui stood under the echoey dome of the Kucuk Mustafa Pasa Hamam, a Turkish bath, and explained how he had rediscovered the importance of sound when he gave workshops at his son’s kindergarten during the pandemic.

For his sound-based presentation, Atoui was draped in a long wispy nylon cape while he manipulated wires and microphones that snaked around his installation of flat glass bowls and other instruments. When he spoke to the audience, his voice was rendered through the objects which caused a reverberation of acoustics unique to the historic room. Atoui’s sound manipulations mediated on the sonic possibilities of water: a drip of water was transformed into a shuddering boom.

By increasing consciousness of the acoustics of water, Atoui offers a listener’s guide to urban development. As a touching work that  indirectly recalls the sociopolitical mess brought on by the 2019 harbor explosion in his home city of Beirut, Whispering Playground asks larger questions about the impacts of urbanization of coastal ecologies—a question that should be central to Istanbul, which sits on the Bosphorus Strait. 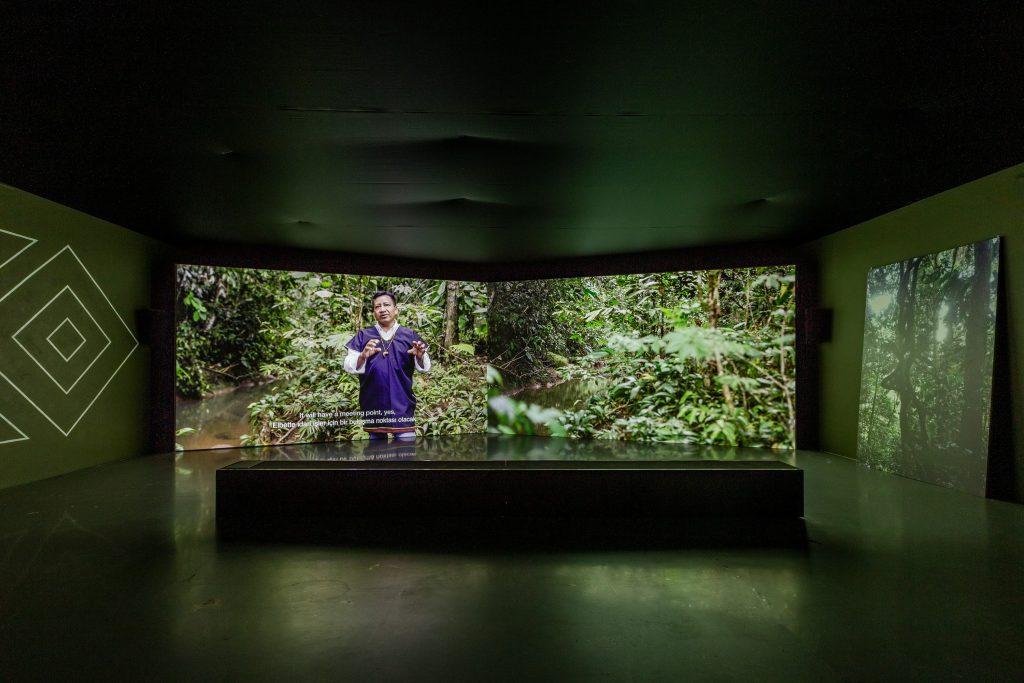 Since 2018, the Zurich-based artist Ursula Biemann has communicated the view of the Inga People of Columbia to audiences across the world with her massive audiovisual installations, distilling the role of the artist as a key witness. Her work is a successful example of what is possible when it comes to intercultural dialog; the artist walks a delicate line between her own artistic interests and the interests and autonomy of the collaborators she engages.

For , Biemann has taken over a hall at Gazhane Museum into a walk-in cinema with a multi-channel video work foregrounding interviews with Indigenous Inga leaders beside stunning vistas of Colombian jungles. Biemann platformed speakers like Inga leader Hernando Chindoy Chindoy and Flora Marcas of the Inga Education Team in a project that aims to supplant imposed knowledge systems with more inclusive forms of learning. Underscored by an ambient soundtrack produced by Inga locals, Indigenous educators are calling the project an iteration of a “pluriversity,” an expanded concept of the western university. 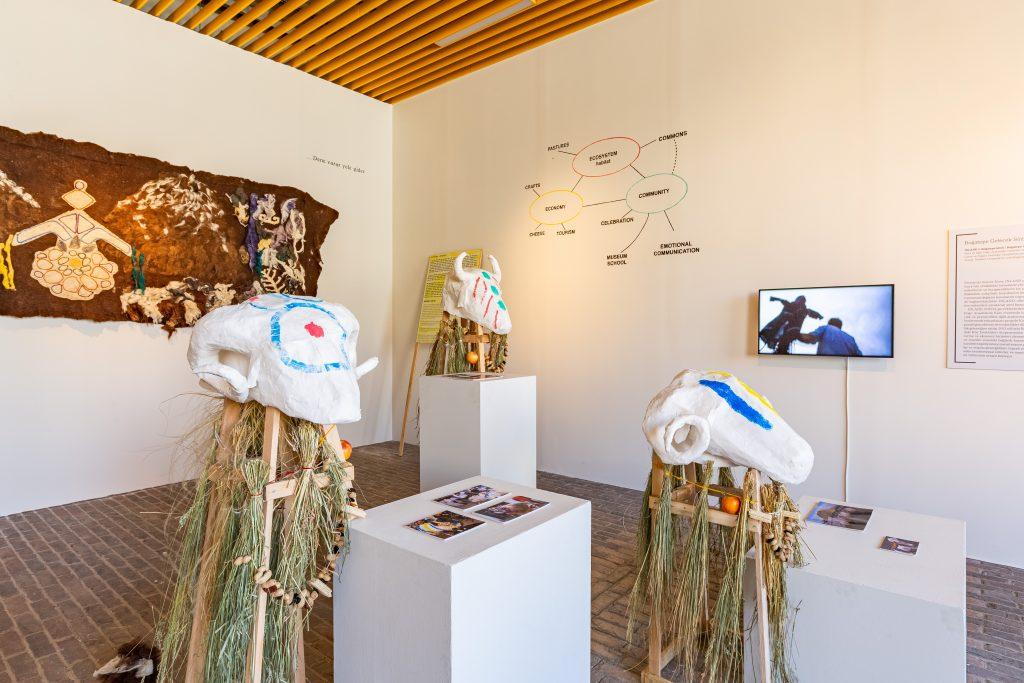 The effect of García-Dory’s installation is both immediate and vital, as it partly consists of perishable ingredients derived from a number of material-based workshops made in close collaboration with the far-flung Turkish village of Bogatepe. The installation Bogatepe Charter of consists of video and sculpture on view the Gazhane Museum, and it is a like-minded companion piece to Cooking Sections’s Wallowland, as it looks to Turkey to spotlight alternatives to land management and community development.

A video of ebullient night ceremonies held by Bogatepe villagers offers a glimpse into the communal living within this remote area. The contrasts between Inland’s materials and the white cube venue. Nearby, sculptures of buffalo heads and a wall of dried herbs with descriptions written in a dialect from the Turkish region of Kars aims to reinvigorate the country’s pastoralist past and present. 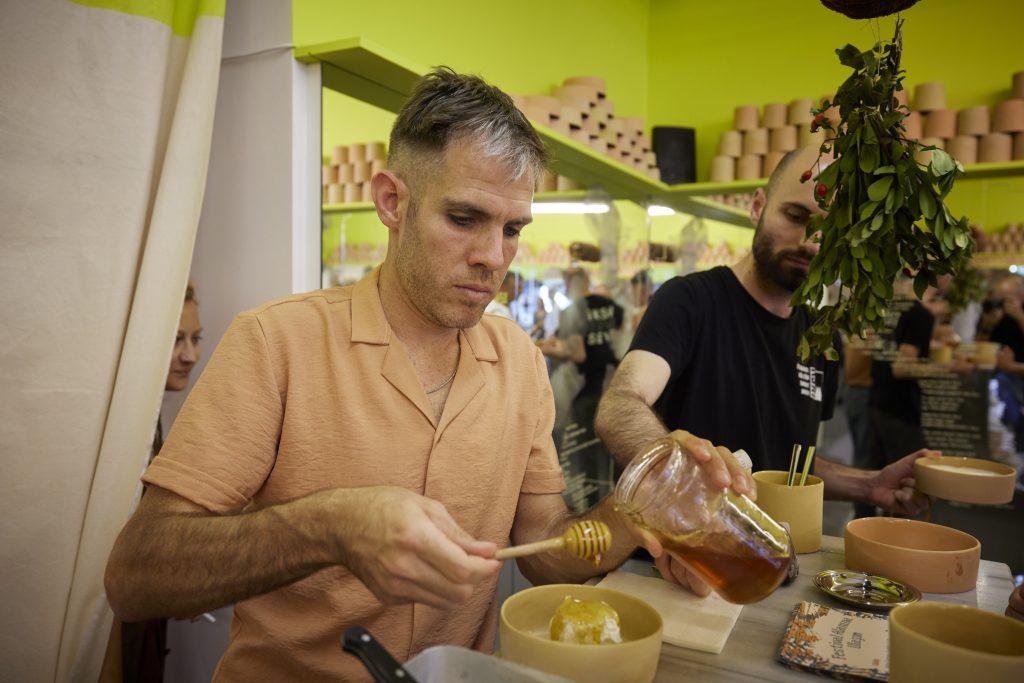 Along the cafe-lined sidewalks of Bogazkesen Avenue, an exhibition venue called Buyukdere35 buzzes with music from the Thracian region, a geographic area divided between Bulgaria, Greece, and Turkey which is also home to displaced Armenians and Kurds.

To accompany these poignant sounds, London-based duo Daniel Fernández Pascual and Alon Schwabe, also known as Cooking Sections, replaced the interior walls of the venue with mirrors marked with tracings of the Thracian topography for their installation Wallowland.” Within this inviting space, there is a glass case refrigerating buffalo dairy-based delicacies for public consumption (buffalo herds have migrated across the eastern Balkans into Turkey and back since time immemorial).

Following the duo’s exhibition at Istanbul’s institution Salt in 2021, this new project continues a collaboration with local ceramicist and archaeologist Basak Gokalsin for their piece (2021). Gokalsin’s ceramic pots hold milk pudding and yoghurt made from the soil of a Buffalo wallow dug, and 1,000 of these vessel grace the venue’s shelves. The presentation is a truly nourishing respite from what is generally a verbose biennial. Its understated servings of clotted cream with honey and rice pudding will continue to open a portal of connection between the bustling city and the enduring aspects of the organic environment around it until the end of November. 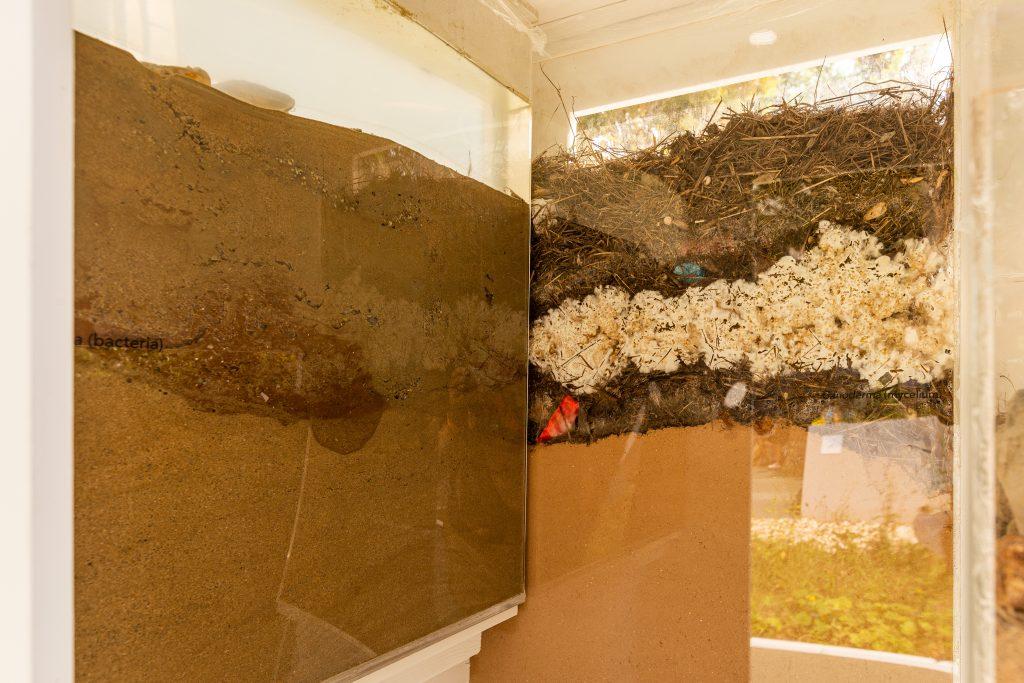 The easternmost reaches of the biennial concludes with a garden-based installation at the Gazhane Museum, in the Asian district of Kadikoy, a series of raised beds, vine trellises, water, and earth containers that exhibit varying flora by interdisciplinary researcher Orkan Telhan.

Telken’s horticultural installation is accompanied by a book called , which is subtitled “Interviews by non-humans”—it includes a conversation between the legume okra and sociologist Pelin Tan.

The curators’ initial call for more expansive acts of cultural and ecological dialogue is well-answered by Telhan, whose investigates the very soil of the Yenikapi and Langa regions in the historic peninsula of Istanbul, which feeds back into the works of many other contributors in the show that are working with local flora and fauna. Telhan’s relatively simple construct and writing stimulates viewers to think about the history of Istanbul’s biodiversity, but he also speaks directly to the art world, demanding a revival of museology through the metaphor of the breath. Museums, according to this logic, should inhale decontextualized materialism and exhale collaboration and a communicative presence with all living beings.