Home News Here Are 7 Gallery Shows Not to Miss in Seoul This Week,... 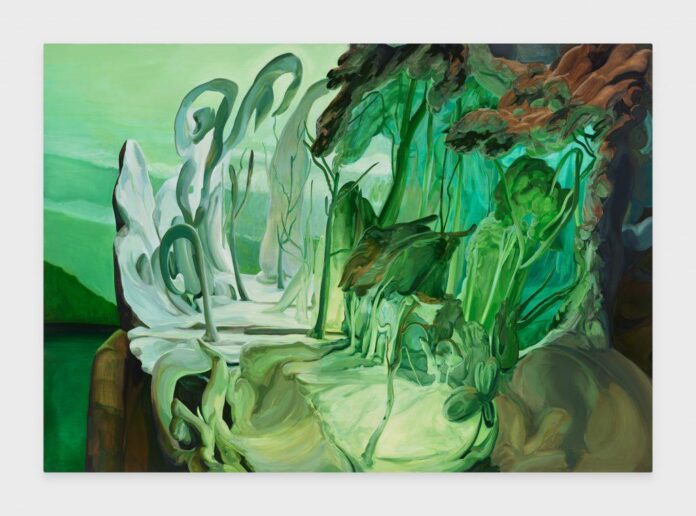 The art world has descended on Seoul just in time for the inaugural Frieze Seoul and the Kiaf art fairs later this week. As the South Korean capital vies to take over from Hong Kong as an industry hub in Asia, more western galleries are moving in and mingling with the existing Korean gallery infrastructure.

Before everyone heads to the COEX convention center to hit the fairs, visitors are exploring the cultural offerings around the city’s dynamic neighborhoods. Here are seven gallery shows we are looking forward to catching this week. 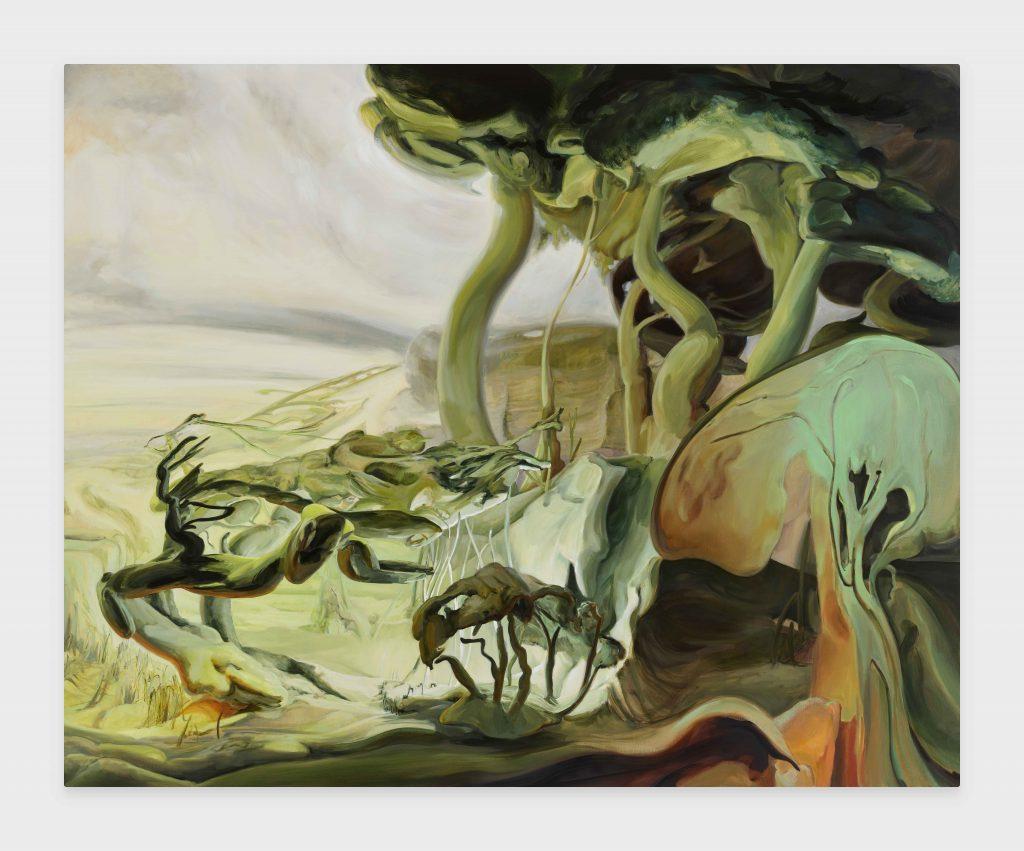 Emma Webster, Marshgate Snare (2022). Courtesy of the artist and Perrotin.

Perrotin is inaugurating its second space in Seoul with a solo show of British-American artist Emma Webster. The L.A.-based artist uses virtual reality to construct her large-scale, ethereal landscape paintings that transport viewers into eerie hallucinatory scenes. Webster first builds her distorted natural worlds in VR models, which she then renders on canvas in a new iteration of cross-media collage. 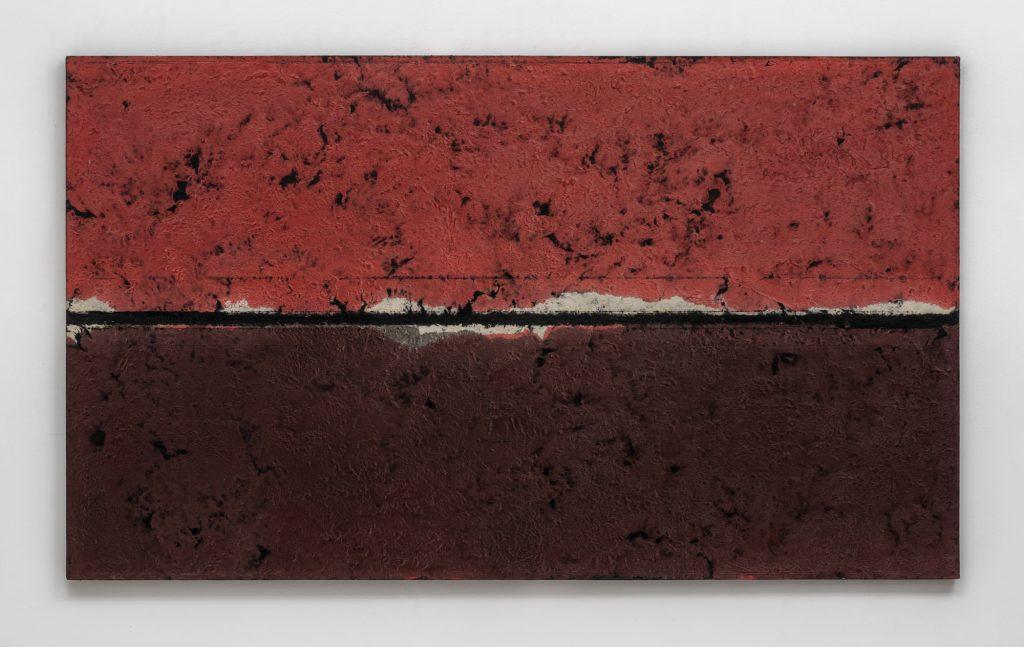 PKM Gallery is giving solo show attention to the late Korean abstract artist Chung Chang-Sup. Chung began his career working in Korea’s post-liberation years, and eventually became known for his contribution to the Korean monochrome movement, , in the mid-1970s. PKM’s exhibition hones in on the artist’s late-career works, from his 1980s “Tak” series, which incorporate mulberry bark (), a key ingredient in traditional Korean paper (), and runs up to his early 2000s series “Meditation” that was created at the height of his artistic production. 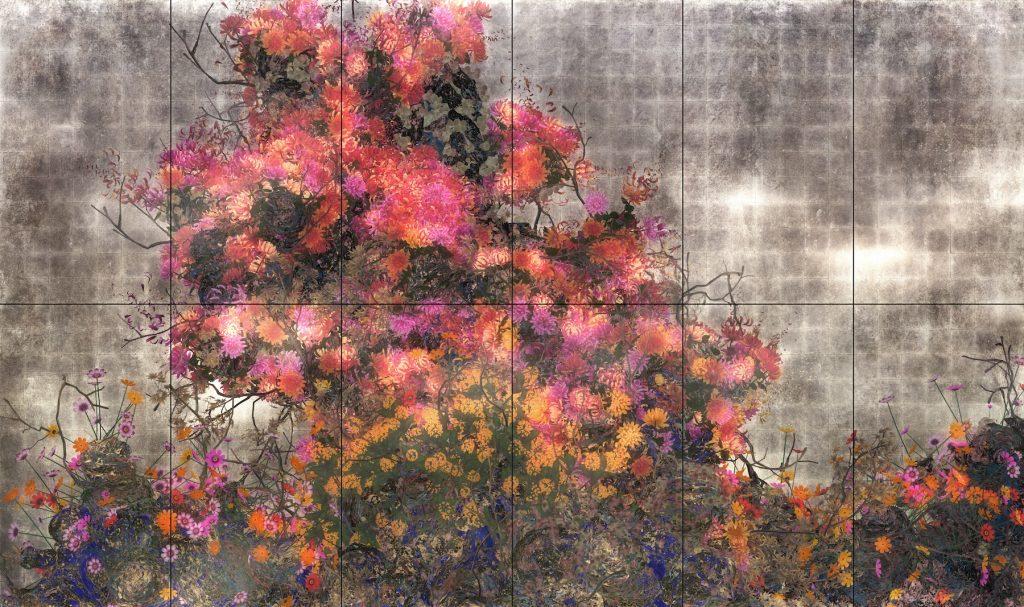 Pace is launching its new ground floor exhibition space and outdoor courtyard in the gallery’s recently-expanded complex with a solo exhibition of the digital art collective teamLab. New and recent iterations of the collective’s multi-sensory installations, featuring blooming flowers and colorful sunsets, explore the links between humans and nature; the show will also include the titular interactive installation, , a never-before-seen work comprising glowing spheres of light and darkness that move when viewers try to touch them. 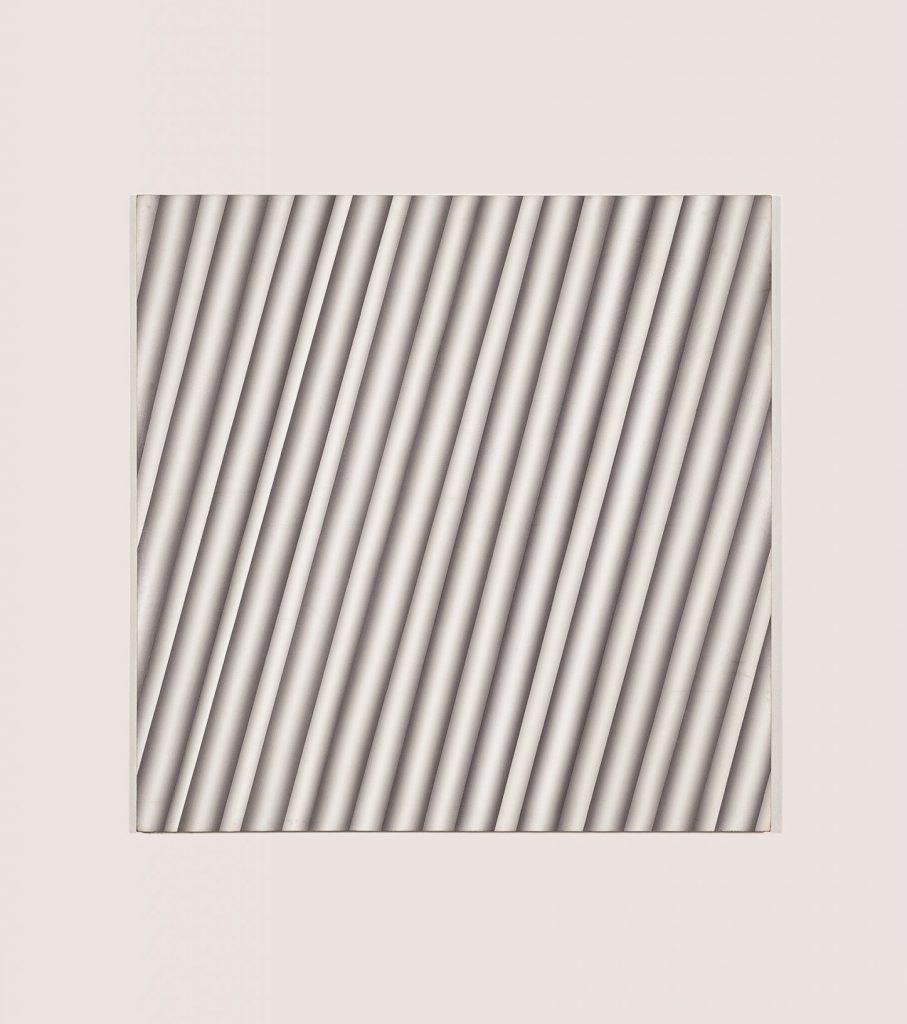 One of Korea’s heavyweight galleries Kukje has chosen to present its first show of work by the late artist Lee Seung Joi, including what could be seen as some of the rarest instances of his oeuvre. Known as a pioneer of Korean geometric abstract painting, Lee was born in Yongchon, North Korea, in 1941, and died in 1990 in Seoul at the age of 49. Lee’s well-loved “Nucleus” series, which was debuted in 1967, was a project that paved the way for Korean geometric abstractionism; nearly 30 works from the series will be on view. 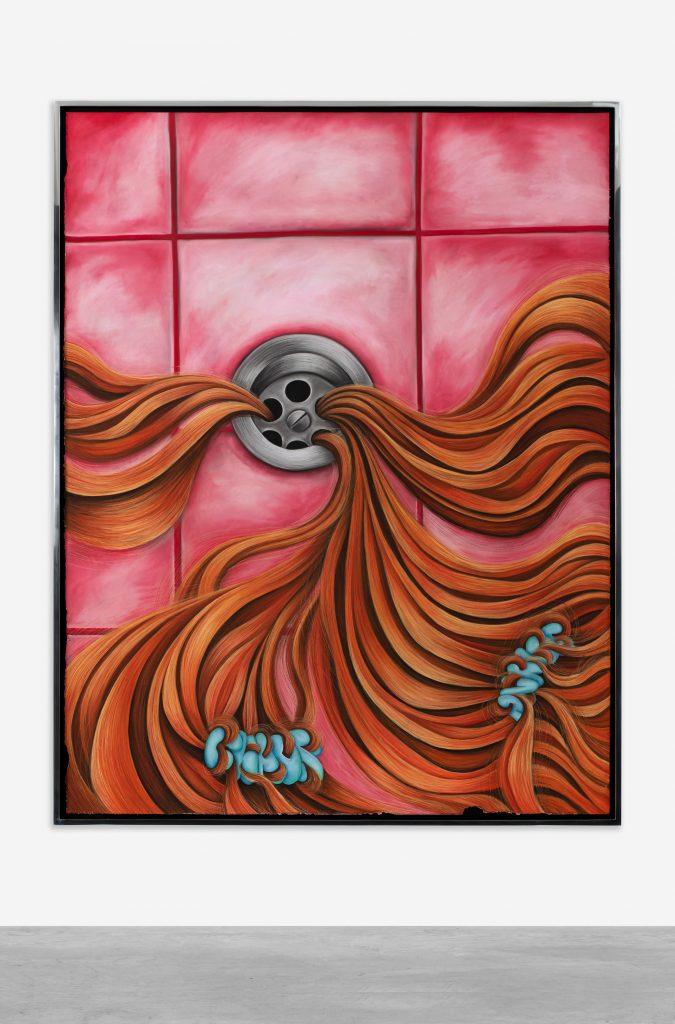 Rebecca Ackroyd, Trickle (2022). Courtesy of the artist and Peres Projects.

Peres Projects from Berlin brings the U.K.-born Rebecca Ackroyd to its Seoul space, marking her first solo exhibition in Asia. Featuring new works on paper as well as two sculptures, “Fertile Ground” is inspired by the artist’s encounter with a construction site in London, where she discovered that an intricate network of pipes and metal was embedded in the site’s foundation. The seemingly colorful and fun appearances of this body of work are merely facades for distorted fragments of the past. 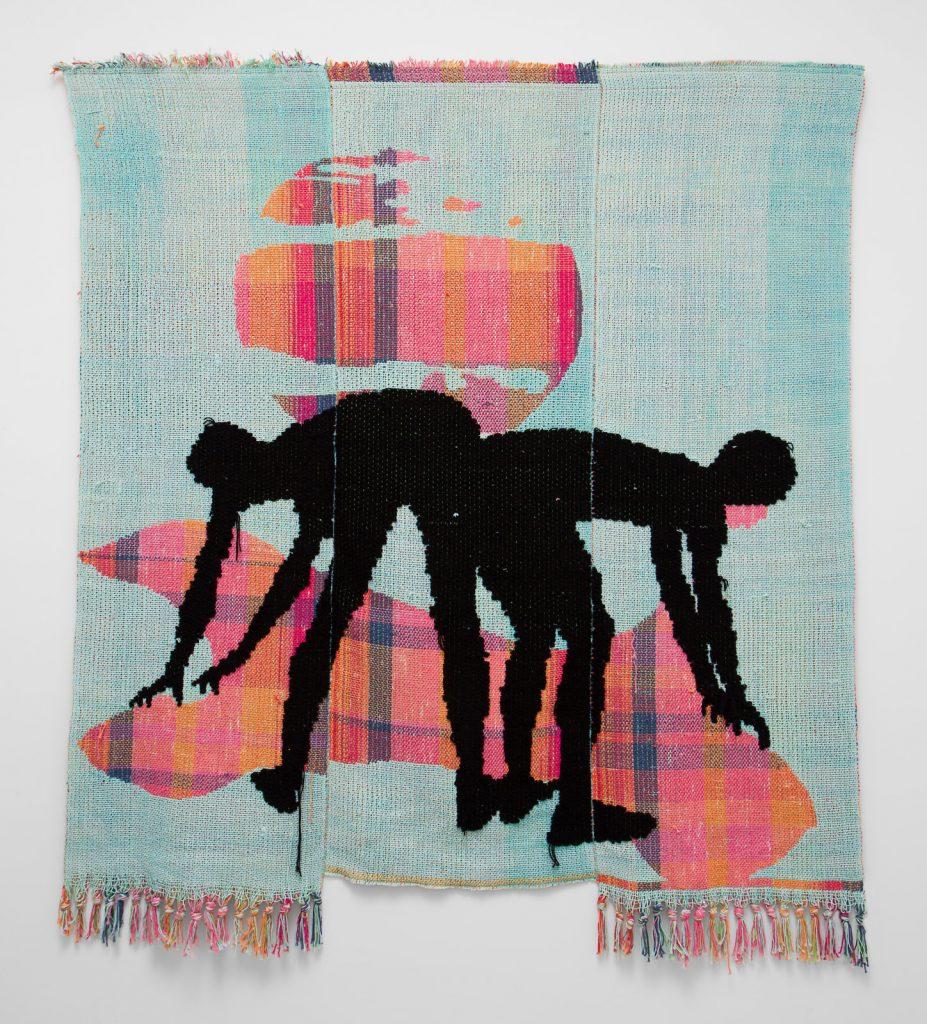 Texas-native Diedrick Brackens will have his solo debut in Asia in an exhibition showcasing four new intricately woven tapestries that explore the visual language of West African cultural symbolism, from the silhouetted figures to Ghanaian symbols. Brackens has adopted a complex weaving method that embeds layers of colors in a way that demands viewers’ full attention for each individual work. 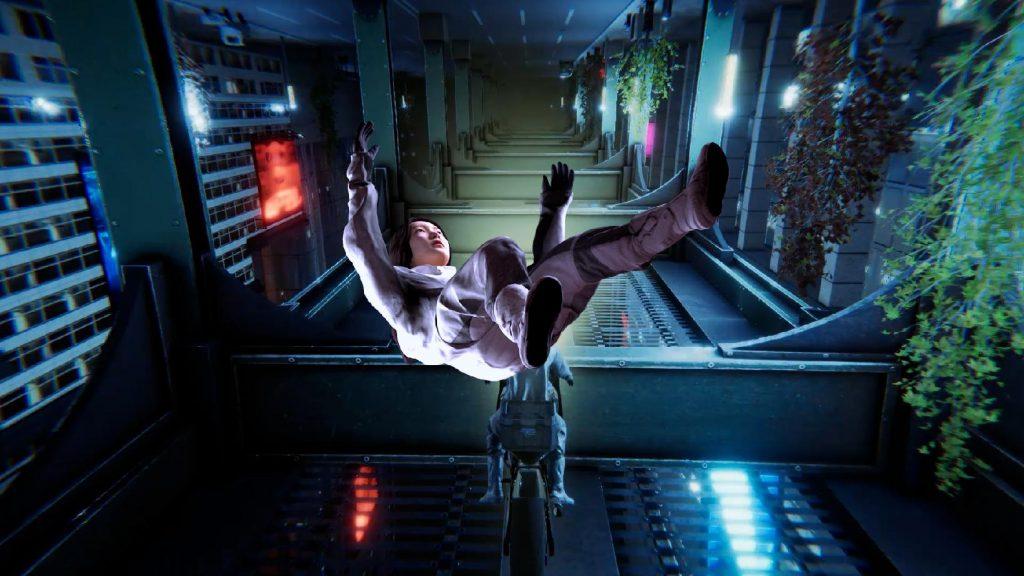 The Seoul-based, U.K.-educated Ayoung Kim is the star this art week at the homegrown Gallery Hyundai, which began representing the artist in February. Having exhibited internationally, with works presented at top film festivals around the world including the Berlinale in 2020, Kim presents a new video work that tells the futuristic story of a female delivery rider, exploring the notion of facts in a digital age controlled by algorithms. The show is set to be a timely reflection from an artist whose stomping ground is one of the world’s most technologically advanced and innovative economies.