Home News Here Are the 6 Most Daring Design Exhibitions to See This Month—Think... 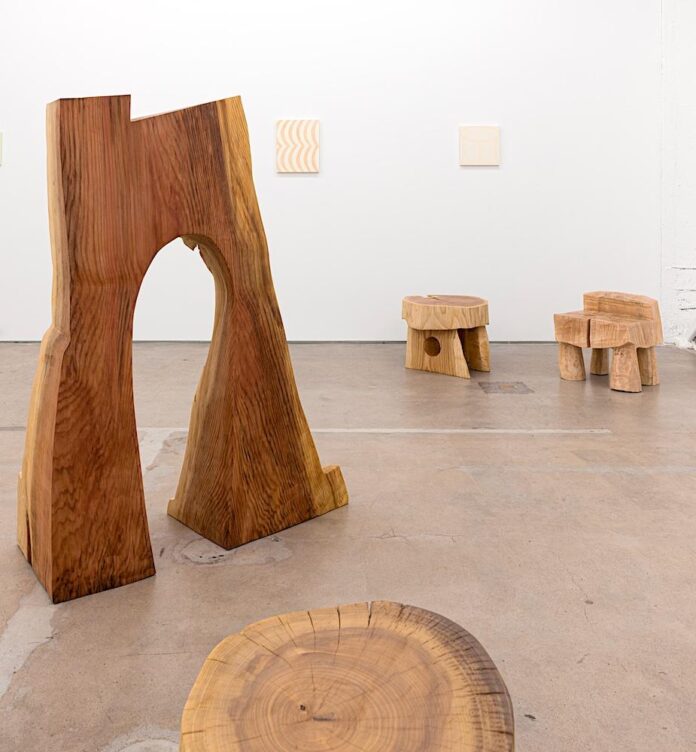 For design, like art, January is an important month. This is when top galleries and platforms around the world mount major shows, ringing in the new year on an optimistic note—and with unrestrained creativity.

This month’s offerings are no different. Dive into this selection of six design exhibitions—spanning Milan, Italy to Portland, Ore.—that push the limits of experimentation and self-expression. 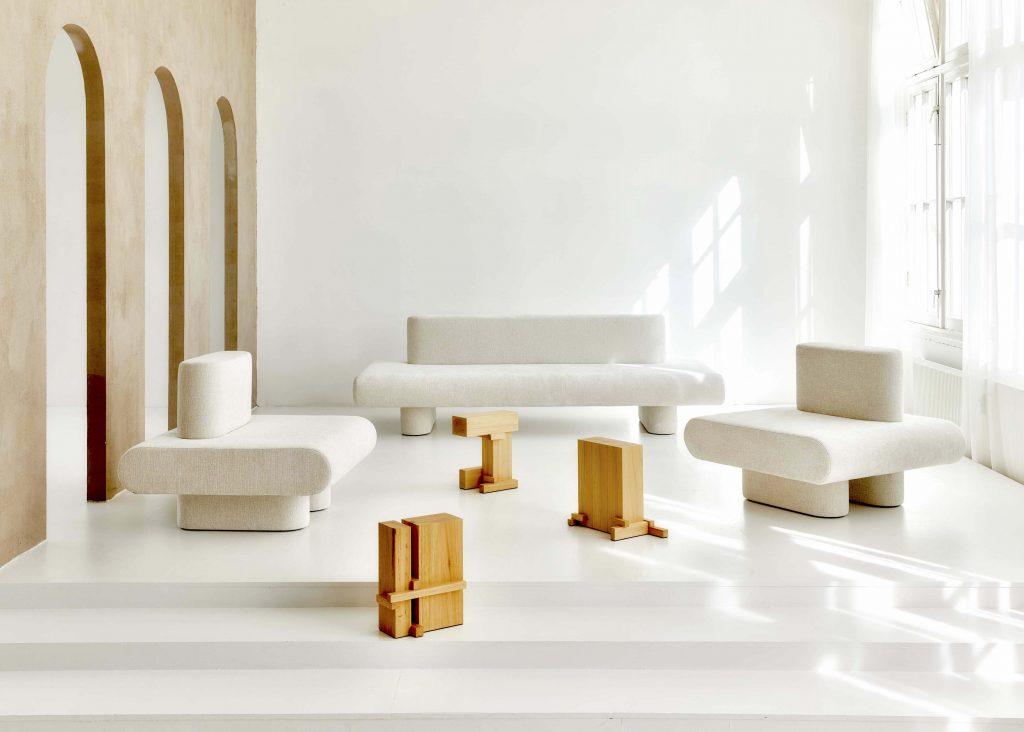 While Engel infuses the materiality of her pared back furnishings and luminaires with a light touch of irony, Ota implements carefully proportioned wood blocks to challenge conventional behaviors. Engel’s ”Charlotte” collection is an ode to the harmonious lines of French modernist Charlotte Perriand (who was closely associated with Le Corbusier). Ota’s iterative chair series explores the idea of how certain universal forms, in different compositions, can better facilitate modularity and personalization. 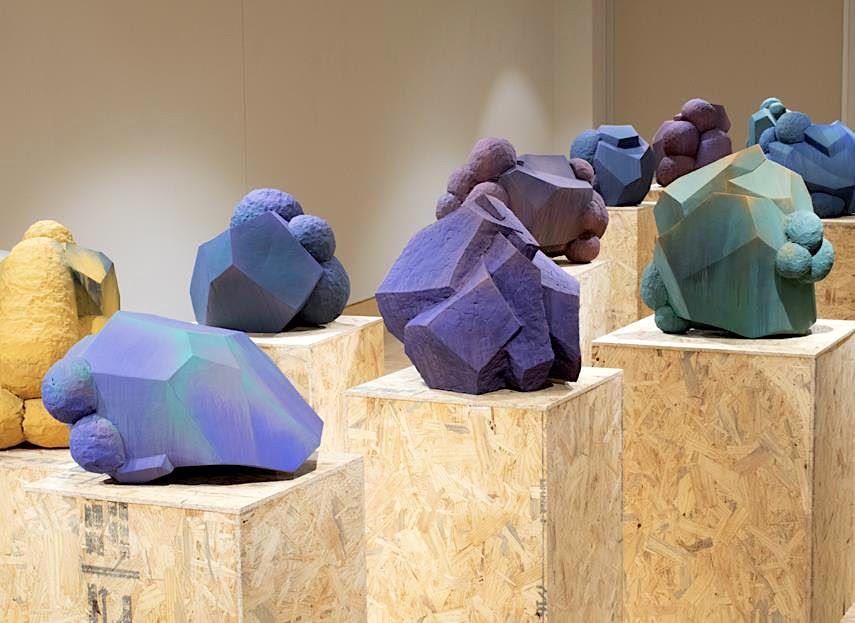 HB381 is the kunsthalle-style offshoot of the more established New York collectible design gallery Hostler Burrows. Since its inception last spring, the gallery has focused on showcasing interdisciplinary talents that attempt to free sculpture from the often limiting definition of art and design.

American talent John Shea demonstrates this philosophy with his transcendent ceramic sculptures. “His ​​practice belongs with equal comfort to pottery, painting, sculpture, and installation art and yet—a free radical—it belongs exclusively to no one camp,” said Catherine Walworth, Jackye and Curtis Finch, Jr., Curator of Drawings, Arkansas Museum of Fine Arts. “Instead, the work lives confidently in a world of in-betweens.” Demonstrated in his “standard, abstract” solo show—on view from January 13 to February 25—his sculptures are defined by intersection form; smooth geometric planes that are so viscerally interrupted by roughly formed spheres. 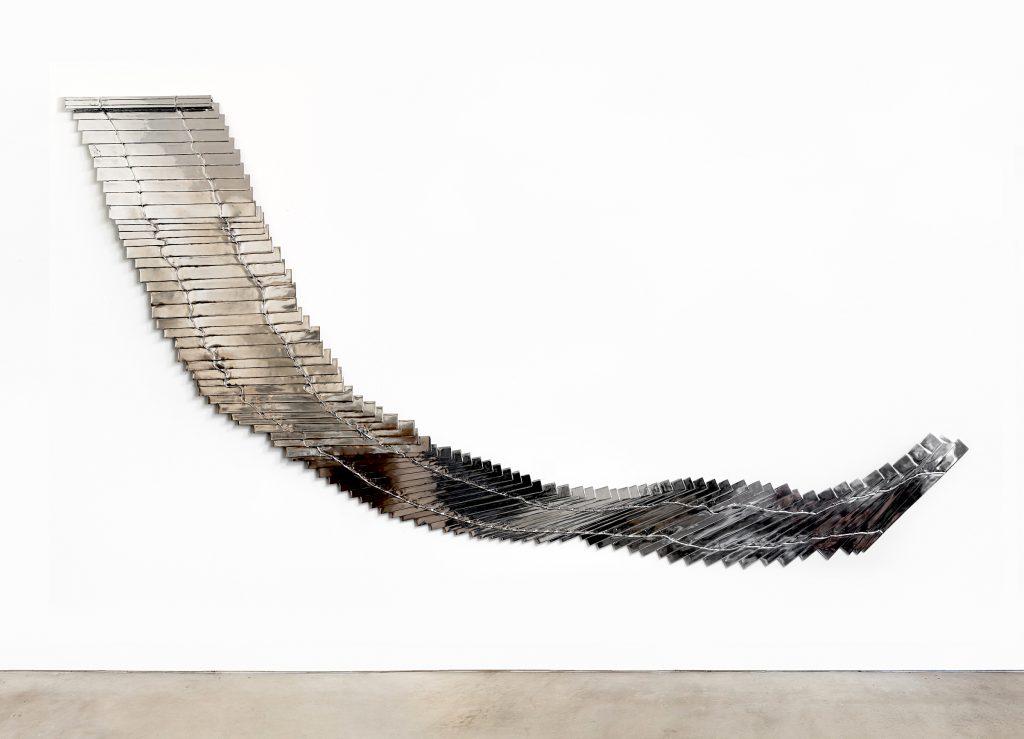 In New York’s Lower East Side, Magenta Plains is showcasing new wall sculptures by Los Angeles-based Anne Libby that riff on the iconography of often overlooked window blinds. Cast in polished aluminum, the intriguing works play with light and deflected reflection as they cascade against stark white backgrounds.

Berlin-based artist Philip Seibel’s “Gehäuse” exhibition runs concurrently at the gallery—January 13 to February 25. Like Libby, Seibel challenges the perception of readily available construction materials and consumer products to create sculptural objects that serve as contemporary tombs, shrines, and ornate storage boxes. The works demonstrate his ability to satirize the typology of everyday items like air conditioning units by implementing meticulous craft techniques. He also distorts the pieces with engravings that harken back to agrarian scenes from the Middle Ages. 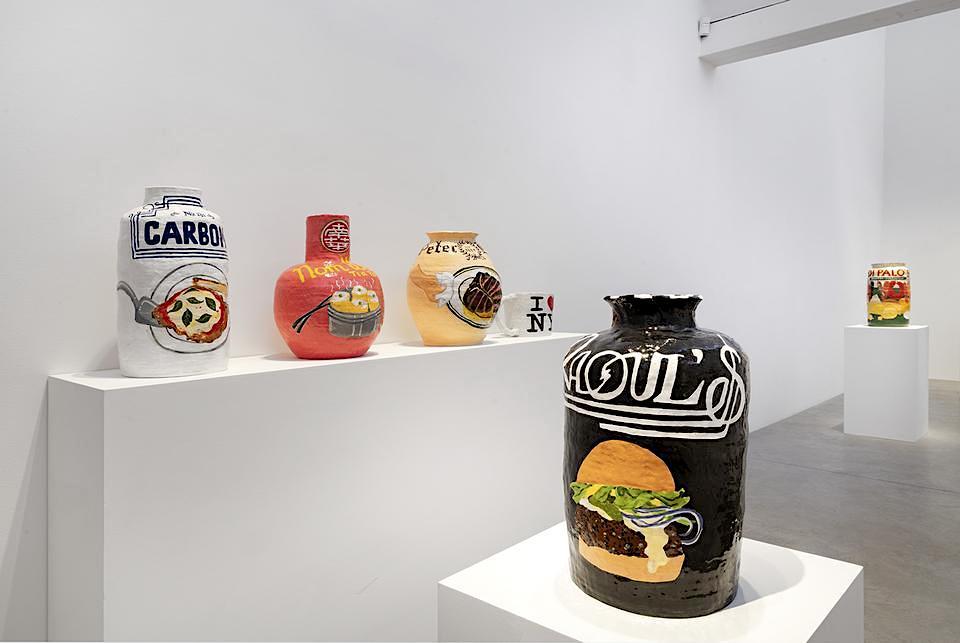 The collection is a play on and elevation of the souvenirs tourists can find on the very street the gallery is located. The logos of recognizable haunts like Balthazar restaurant are joined by depictions of subway cars and ciphers. 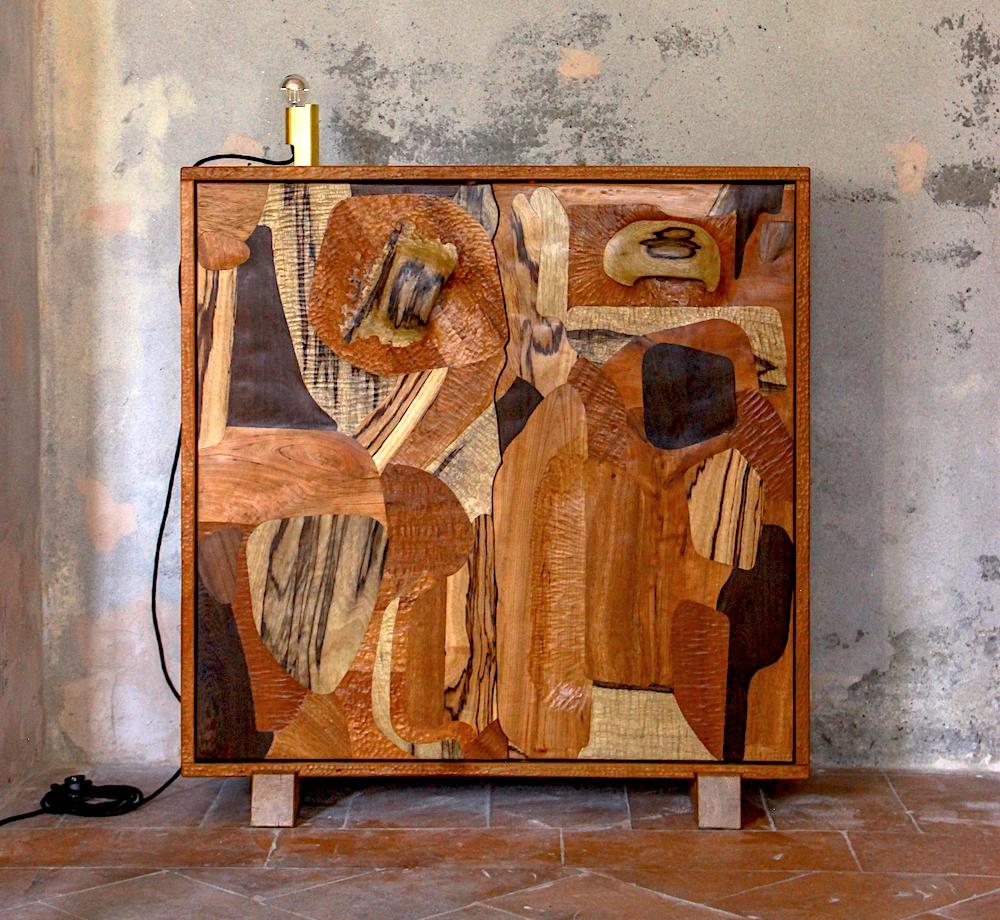 New Milanese platform Caselli 11-12 inaugurates its “Makers” series of group shows with an exhibition dedicated to experimentation. Bringing together a whopping 29 avant-garde talents from across the globe, the showcase—on view through January 15—demonstrates how so many of today’s designers have taken it upon themselves to develop bespoke hands-on processes. Many are challenging the constraints of contemporary practice, growing economic limitations, and forging their distinct practices with a more resourceful mindset.

While Belgian up-and-comer Arnaud Eubelen creates furniture out of discarded building material he finds on construction sites, New York-based Katy Brett sets out to evoke the quality of broken porcelain objects in the surface of solid wood tables and chairs. Many of the works on view are as thought-provoking as they are visually enticing. 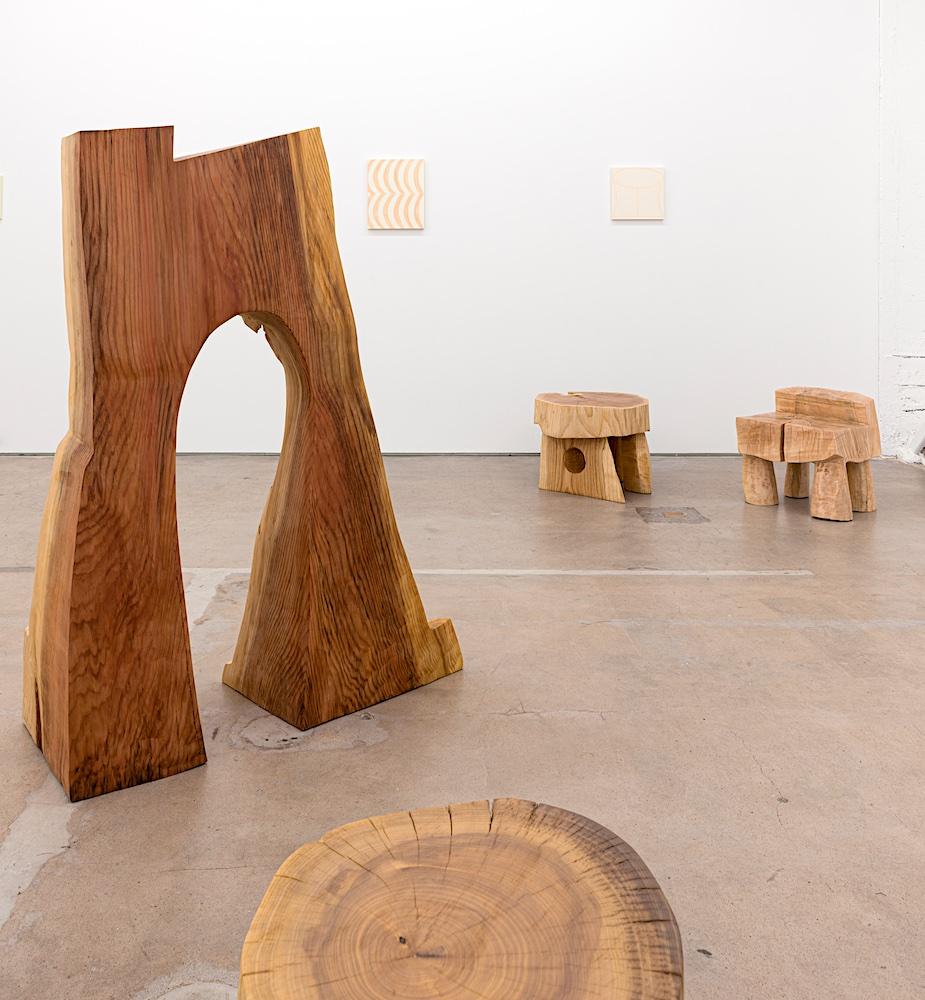 Back on the West Coast of the United States, Portland gallery Adams and Ollman are closing out an exhibition featuring new sculptural works by woodworking savant Vince Skelly and adept minimalist painter Lynne Woods Turner.

Skelly has taken on the collective design world with his intuitive chainsaw and traditional hand-tool-carved tables and chairs that evoke the ecology of the woods he sources from natural disaster sites and other locales. Far more rectilinear but equally intuitive, Turner’s geometric paintings incorporate lines and nuanced colorations to suggest what isn’t there. A similar understanding of space and time carries through from her works to Skelly’s organically formed and primordial furnishings, creating a tension between these two oeuvres.