Home News How a 1986 Cast of Michael Jackson’s Body Became This Eerie Figurative... 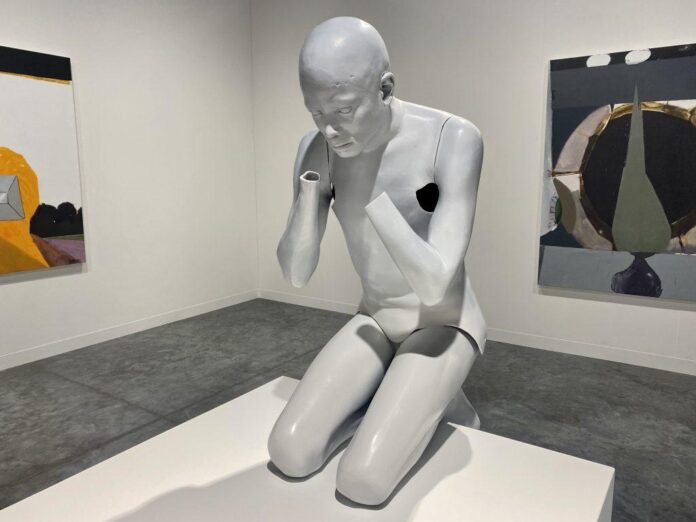 Wandering the aisles at Art Basel Miami Beach, visitors might have noticed a mysterious sculpture at the booth of Los Angeles’s Kristina Kite Gallery: A matte white, life-size human figure kneeling as if in prayer. The piece also has a fascinating history, it turns out—it was made using a plaster cast of Michael Jackson’s body.

Its artist, Nicole Miller, discovered this relic of music history at an estate sale of a special effects person in Los Angeles, where she lives. The cast dates to around 1986, and was made for , Jackson’s 1988 experimental anthology musical film.

When Miller bought the work, it had been cut into pieces, which she reassembled and cast in bronze. Even before the viewer learns of its ties to Jackson, a complex figure beloved for his musical genius but also accused of sexual abuse against children, the piece has an eerie presence. It has a smooth bald head, its hands are cut off at the wrists, and the soles of the feet are unsettlingly absent.

The artist is known for her work in film, which has appeared at such institutions as the Hammer Museum in L.A., the Studio Museum in Harlem, and the Dallas Contemporary, but discovering the imprint of Jackson’s flesh inspired Miller to create her first-ever sculpture. 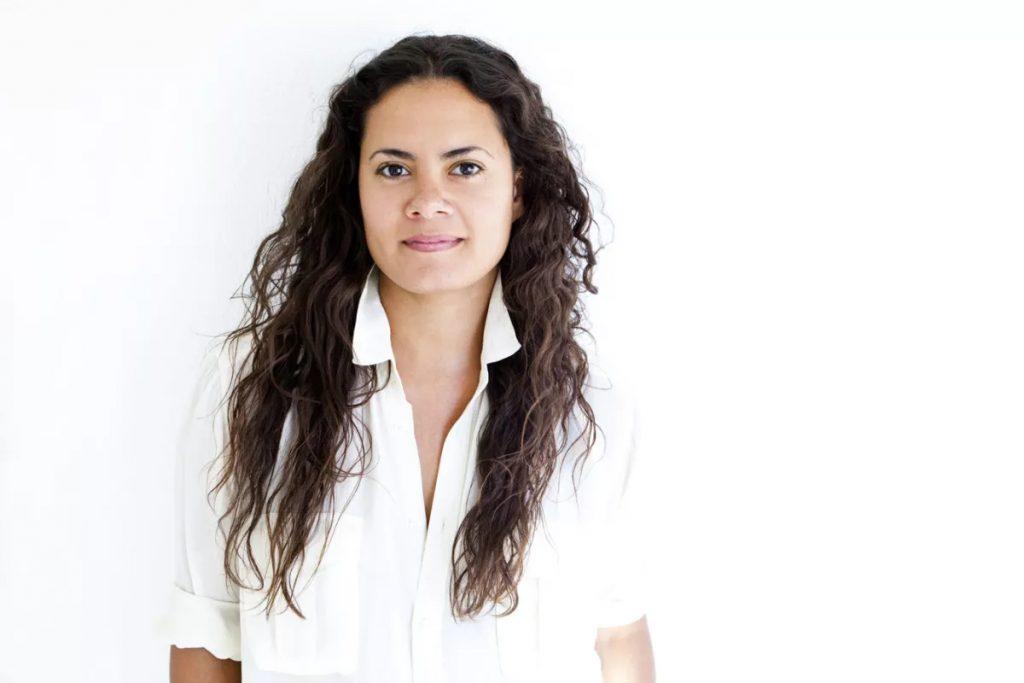 That work was (2018), identical to the one on view in Miami except that it is painted black, not white. Miller made three editions of the piece (at least one of which is still available), which debuted in a solo show, “For Now,” at Kristina Kite in 2018. It was also the subject of her first artist monograph, , which contains photographs of the original pieces of the cast.

“A lot of the subjects that Nicole works with have elements of identity and the performance of identity,” Kristina Kite told Artnet News on the fair’s opening day. (The dealer declined to provide a price for the work, which is being sold in an edition of one, but sources tell Artnet News it is going for $75,000.)

Jackson, of course, had a hit 1991 single in “Black or White.” But he also became famous for his changing skin tone, which became dramatically paler beginning in the late 1980s—around the time that he made the plaster cast used in Miller’s work. Though Jackson claimed the difference was due to the disorder vitiligo, which causes white patches on the skin, the change inspired widespread speculation that he was purposely altering his racial appearance.