Home News Hundred of Ancient Dice Made From Animal Bones Were Used to Summon... 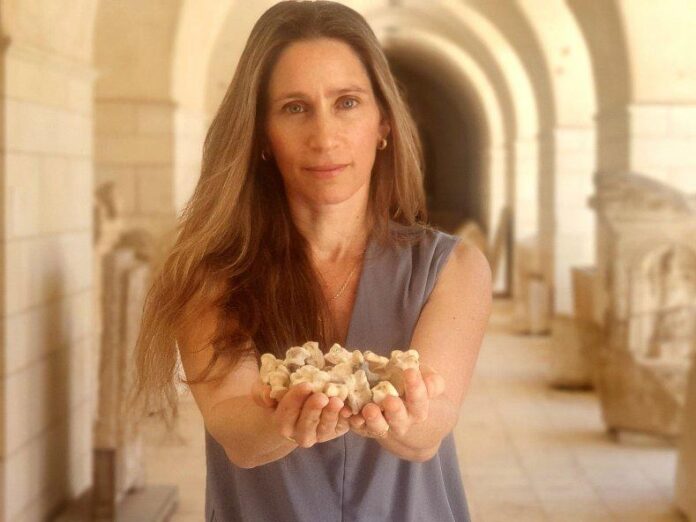 It’s not a party until someone brings out the animal matter.

Israeli archaeologists have discovered the unusual purpose behind 600 Hellenistic-era dice fashioned from the talus bones of ancient livestock. Found several years ago in the UNESCO-designated city of Maresha, women and children used the dice like jacks or in games of chance. Some players even polished them or filled them with lead to achieve a better roll. In other instances, they used the dice, also known as astragali, to predict the future and talk with gods, according to a new study in the May issue of Levant Journal,

Archaeologist Ian Stern originally discovered the haul a few years ago and figured the bones had been saved after butchering for repurposing. “The site was first excavated by Bliss and Macalister in 1902,” the team wrote. “Main excavations were carried out over the past 30 years, until 2000 by Amos Kloner, and from 2001 to the present by Ian Stern and Bernie Alpert.”

Maresha flourished as a bilingual melting pot throughout the Late Persian and Hellenistic periods, and was inhabited by Idumeans, Arabs, Phoenicians, Macedonians, Egyptians and other groups. In a two-part site comprising the upper and lower cities, Stern’s dig pulled 532 caprine (sheep and goat) bones, along with 65 smaller bones from cattle and 15 from pigs.

A team of Israeli archaeologists studied modifications to each bone, such as polishing or drilling, which allowed them to understand their eventual functions. Twenty-four caprine specimens featured inscriptions such as geometric shapes, numbers, letters, and Greek words, and summoned hte Greek deities Aphrodite, Hermes, Eros, and—most popularly—Nike, the goddess of victory. 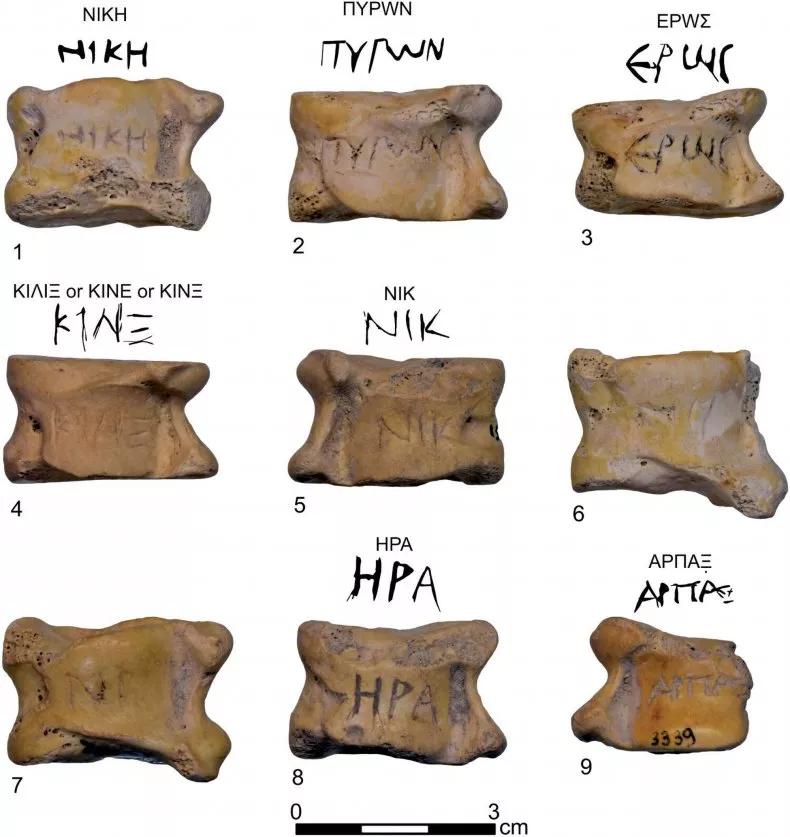 Some enigmatic phrases, like “you are burned” or “a measure of the arm,” also appear, reading like minor arcana tarot cards. Some researchers speculate the messages could be meaningful in games like Five Stones, “in which five astragali were thrown up in the air to be caught by the hand,” the study noted. (Pieter Bruegel the Elder’s 1560 painting depicts girls engaged in just that.)

“In Greece, astragali were often related to Eros, ensuring a chance for love and a good marriage for young women,” the team wrote. “However, there were other games using astragali, and children of both sexes as well as adults played with them—an example of this can be found in a marble statue from the Eshmun, where a boy is portrayed holding a sack of astragali.”

Astragali were also given to children during rites of passage, and buried with them upon their untimely deaths. Some people even buried astragali under houses since they’re associated with good fortune.

The researchers found these 600 dice in a section of 13 excavated cave rooms that also housed 81 incense altars, 780 intact oil lamps, and 137 divination texts. “[I]t is clear that the astragali were used not as playthings, nor in general cult practice, but rather in a very specific way,” the team wrote.

“The assemblage reveals that, as today, people in distress sought external help in divination and spells and in the world beyond,” said researcher Lee Perry-Gall in a statement issued by the Israel Antiquities Authority. “Women and men struggled with an uncertain environment of health, childbirth, and death, and aimed to protect themselves with the help of magic.”

Sometimes they even had a little fun.

An English Couple Nearly Painted Over a Mysterious Artwork on Their Bedroom Wall—Until They Discovered It Could Be Worth $115,000