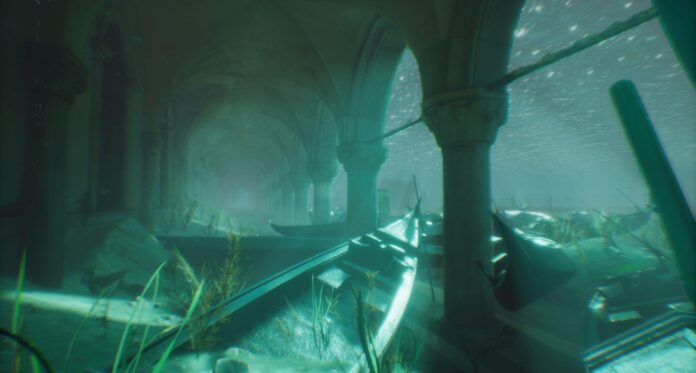 The boom in crowd-pleasing multimedia shows continues with the launch next month of a new space for immersive digital exhibitions at the legendary Opéra Bastille in Paris.

The new venue, part of the Grand Palais Immersif project, opens with Venice Revealed, a show exploring the history of Venice through a “behind the scenes” tour of the ancient lagoon city’s treasures and landmarks (21 September-19 February 2023). The exhibition, supported by the Italian Embassy in France, has been organised in partnership with Venice civic museums (Fondazione Musei Civici di Venezia) and the tech start-up Iconem.

The Réunion des Musées Nationaux-Grand Palais (RMN)—the French government body that runs the historic exhibition and fair venue built in 1900 for World Fair—is behind the new exhibition project along with the Opéra National de Paris. Asked if the venue is temporary, a RMN spokesperson says: “It is a new place for exhibitions which will host successive exhibitions. Venice Revealed is the first.”

A project statement says that the Grand Palais Immersif area is “installed in part of the modular room of the Opéra Bastille […] the layout of which has been entrusted to [the French architect] Fréderic Druot.” Two immersive exhibitions are planned per year.

Visitors to the Venice Revealed show will be able to travel the length of the Grand Canal and explore the treasures of its most beautiful palaces in 3D. “All the images are taken from a massive 3D model, made using drones by Iconem’s team in 2021, which uses photogrammetry technology to reconstruct the entire city in volume. This virtual world uses thousands of points to reconstruct the urban space, the architecture of the palaces and the details of the paintings inside them with great precision,” say Grand Palais officials in a statement.

RMN began developing the digital exhibition format at the Grand Palais in 2016 with Eternal Sites, which reconstructed four Unesco World Heritage sites damaged by conflict in Syria and Iraq. In 2020, the venue hosted the exhibition Pompeii,setting artefacts from the archaeological park against large-scale digital visualisations of the ancient Roman city.

The Grand Palais Immersif initiative, launched last year, is being exported nationally and internationally. Previous projects include an audio-visual display focused on the Mona Lisa and co-organised with the Musée du Louvre.

The Grand Palais closed last year for extensive renovations in preparation for the 2024 Olympic and Paralympic Games. Crucially, the refurbished building “will have a dedicated space for these type of exhibitions, that require a specific digital and audiovisual infrastructure”, says Roei Amit, the director of Grand Palais Immersif.