Home News In 2020, Blue-Chip Art Businesses Flocked to the Hamptons. Are They in... 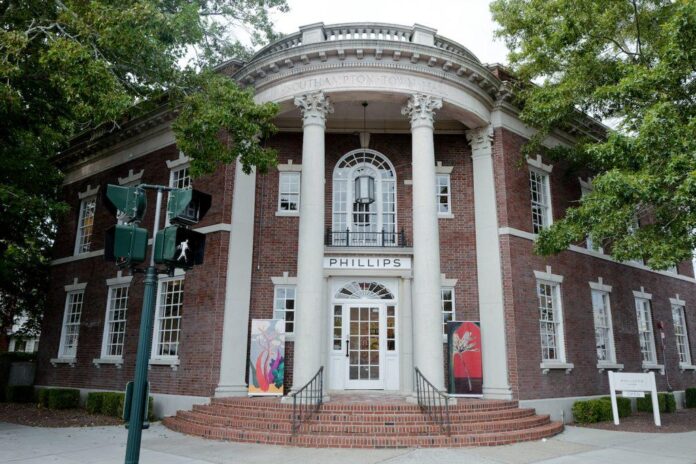 Two years after blue-chip galleries and major auction houses rushed to set up shop in the Hamptons in order to capitalize on the enclave’s dense population of indefinitely decamped millionaires and billionaires, the local art scene is showing no signs of cooling down.

In the early months of lockdown, towns like East Hampton and Southampton began to host summer-size crowds well beyond the season. All the comforts and conveniences of city living—like top hospitals and private schools—followed them there. And art businesses were not far behind.

The Hamptons offered dealers an opportunity to reestablish a physical touchpoint at a time when most art-related activities had gone virtual. But as the international circuit got back into full swing, the question became: Would these high-end art businesses stick around?

The answer is a firm and resounding “Yes.”

“We just renewed our lease for three years,” said Hauser & Wirth president Marc Payot of the Southampton space on Main Street it opened in summer 2020.

The strength of the gallery’s programming is a testament to the locale’s importance. This summer lineup began with Ed Clark and Stanley Whitney, continued with paintings and sculpture by Camille Henrot, and ends with rarely seen works on paper by Luchita Hurtado. Hauser also just launched the first U.S. outpost of “Make,” its initiative to present cutting-edge handcrafted design, in Southhampton. 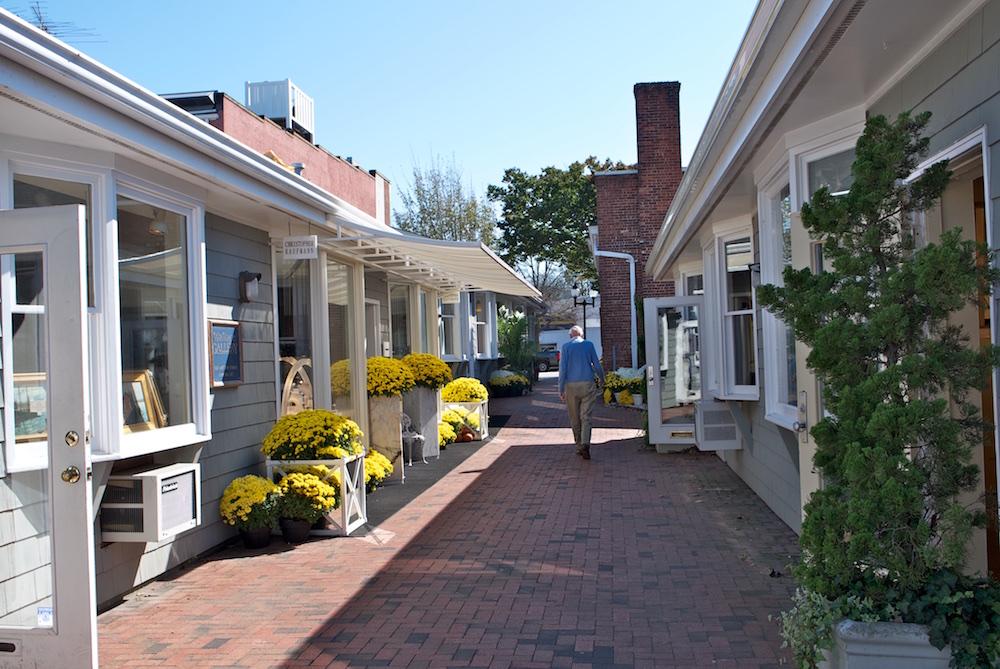 Dealers’ enduring commitment to the tony enclave reveals the long tail of 2020 on the way people see and buy art. The more flexible nature of work that allows clients more time out of the city, and the convenience of pop-up outposts has gotten them accustomed to having high-quality material follow them wherever they go.

Megagallery Pace and Upper East Side dealer Per Skarstedt were part of the mini-cluster of art businesses that showed up in 2020. Now in its third year, Pace’s Hamptons space is currently presenting “Calor Universal,” an intergenerational group show that brings together work by artists within and outside the gallery’s program, including Baìrbara Saìnchez-Kane, Sonia Gomes, and Heitor dos Prazeres. Skarstedt operates out of a nearby gallery he snapped up on the recommendation of friend and fellow dealer Christophe Van De Weghe. 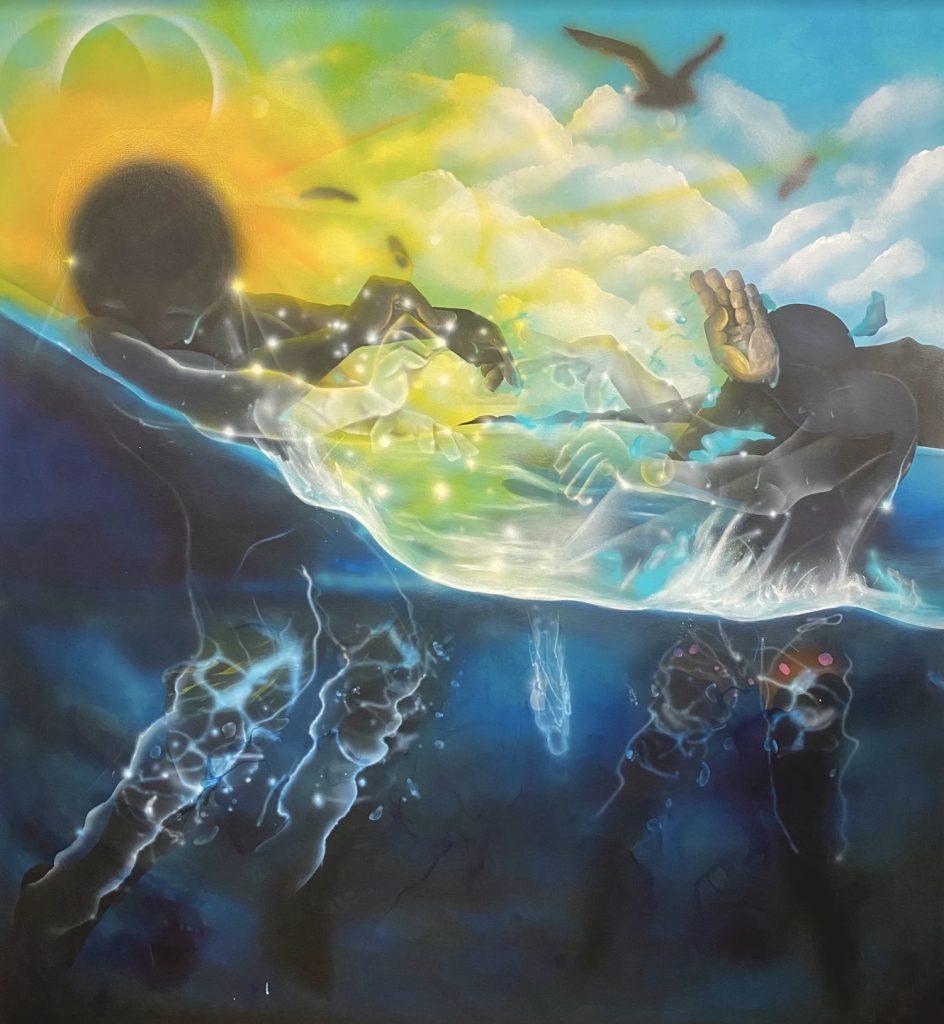 “The Hamptons gallery is still an integral part of our business,” Skarstedt, whose summer program includes exhibitions by Georg Baselitz and Stefan Rinck, told Artnet News.

Skarstedt and representatives for many other dealers declined to provide information on specific sales that had taken place at the outposts. Nevertheless, veteran dealers in the region say the new arrivals offered the local market a much-needed boost.

“It’s still rather new so we don’t necessarily know what this is going to look like in five or ten years,” said art dealer Eric Firestone, who first opened an East Hampton space 12 years ago (he now has two) and also runs a gallery in the East Village. “But right now it’s a thing, there is so much going on at all the galleries and a lot more artists and curators than I’ve ever seen before. The whole landscape has changed, from Southampton all the way to Montauk.” (The latter is the site of South Etna, a gallery and exhibition space launched by husband-and-wife art dealers Amalia Dayan and Adam Lindemann last summer.) 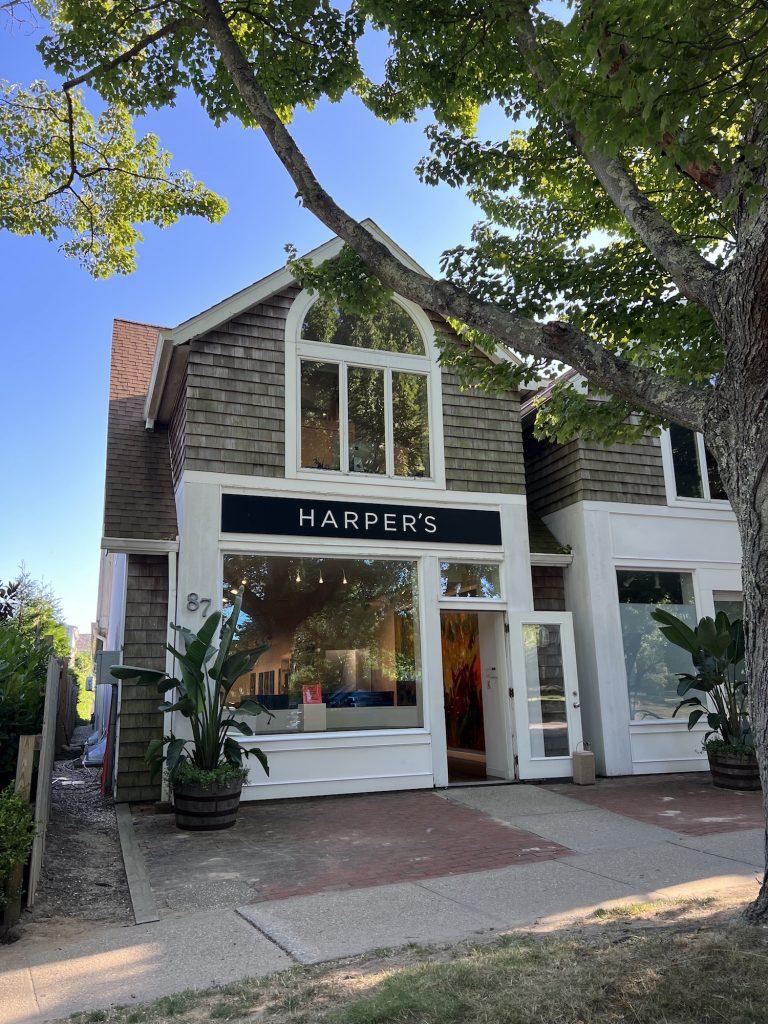 When we checked in with Hamptons dealer Harper Levine two summers ago, he said that even before 2020, he was amazed more galleries didn’t take advantage of the region’s ample space with a summer lease—which he said cost about as much as a major art fair.

“The Hamptons have always been about community,” said Levine, who has operated a gallery and rare-book store in East Hampton for ten years. “The beauty of summer is people have more time to visit casually, just to shoot the breeze. Of course, business gets transacted in this environment—almost more easily than it would in a formal setting—but what I personally cherish are the quiet moments with collectors and artists, who maybe have let their guard down a little from the city’s bright lights.”

Until recently, there was something of a mystifying gap between the concentration of ultra-wealthy people in the region and the quality of its art scene. This was reflected in the often spotty and intermittent presence of art fairs such as Art Hamptons and Art Southhampton, which tracked for a few years and then dropped off the radar in 2017. While there was no doubt that they drew crowds—as anyone who endured the related misery of sitting in single-lane traffic would attest—there was skepticism about whether the foot traffic actually translated into solid sales. 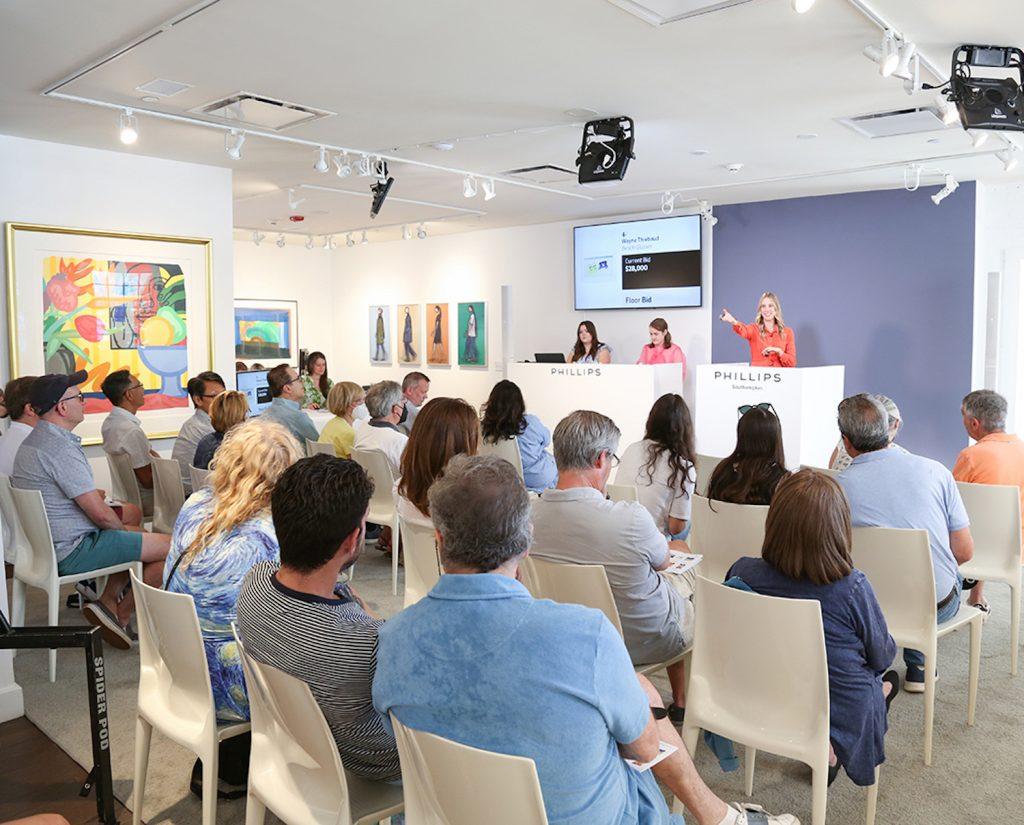 When both big fairs canceled in 2017, smaller events like Market Art + Design in Bridgehampton soldiered on. It’s now called Art Market Hamptons, and the 12th edition (August 11-14) will take place at a new location in Nova’s Ark Project & Sculpture Park.

This year, the Hamptons Fine Art fair was held IRL in Southampton from July 14 through 17. Art dealer Alex Benrimon, whose gallery participated in this edition, told Artnet News he sold multiple works by Jeff Koons, Julian Opie, Mel Bochner, and Ian Davenport, among others. Prices ranged from about $20,000 to $100,000. “Interestingly, collectors acquired works for their main residences as well as summer homes,” Benrimon said.

Deep-pocketed auction houses have also made a long-term commitment to the area. Phillips and Sotheby’s are now operating there year-round. “The enthusiasm for our outpost in Southampton has only gotten stronger since its opening nearly two years ago,” said Jean-Paul Engelen, Phillips’s president, Americas, and worldwide co-head of 20th century art.

The house held its first live auction in Southhampton last month. Its editions sale brought in $1.4 million, right in the middle of its presale estimate of $1.1 million to $1.6 million. The auction house said more than 30 percent of bidders were new to Phillips and a healthy 91 percent of the lots on offer sold.

Sotheby’s is currently showing “Her Voice,” a show of work by Cecily Brown, Hilary Pecis, Gertrude Abercrombie, and others inspired by Rebecca Morrill’s book . 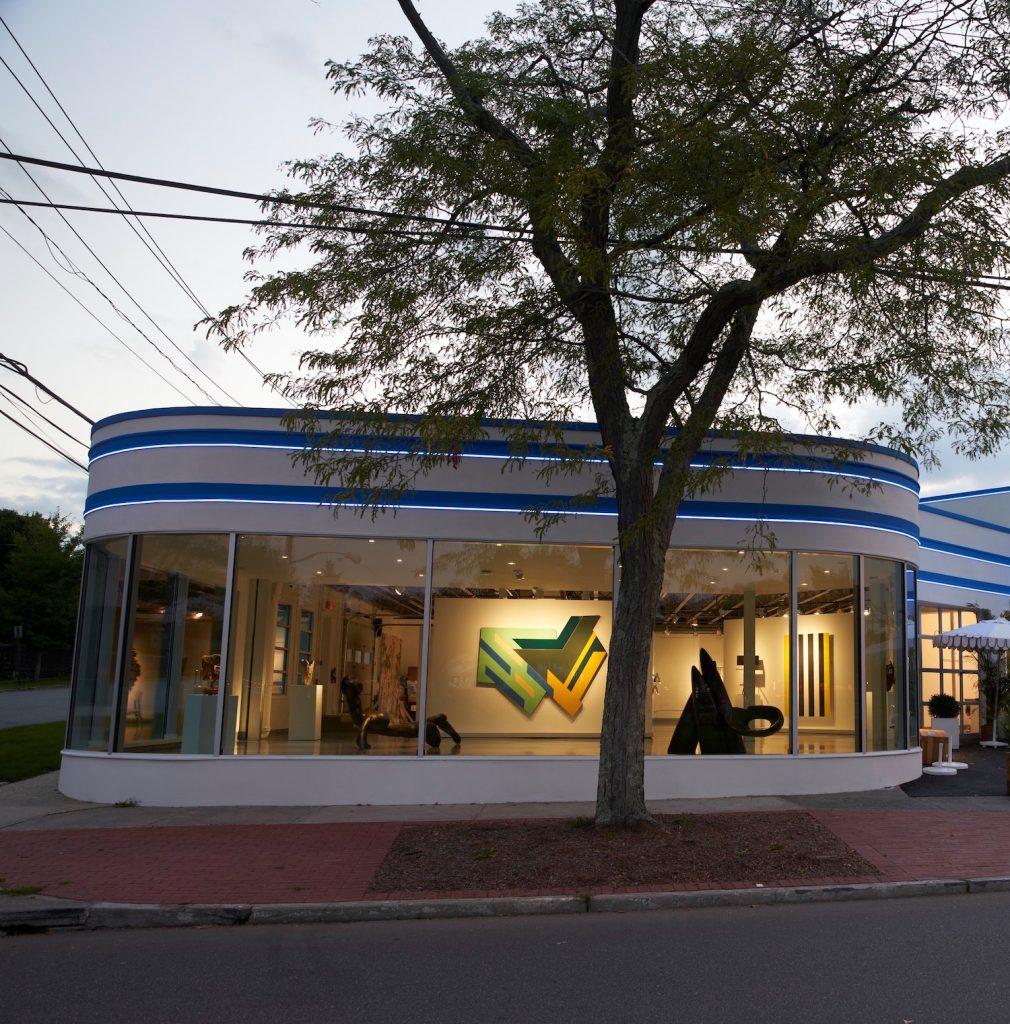 Completing the Big Three auction house hat trick, Christie’s opened a seasonal space in Southhampton last year. It is currently preparing to open a month-long private-sales solo exhibition of work by Francesco Clemente from the Thomas and Doris Ammann collection.

“Of course things are more ‘normal’ now, but there is always a sense of commitment to culture in the Hamptons,” said Bonnie Brennan, president of Christie’s Americas. “That is a constant.”

Show of Photos by Gordon Parks

In a Surprise Move, a Swiss Court Is Reopening an Investigation Into Swiss Billionaire Yves Bouvier at the Behest of His Nemesis, Dmitry Rybolovlev