Home News In a Sign of Peak… Something, a 2017 Bottle of Champagne That... 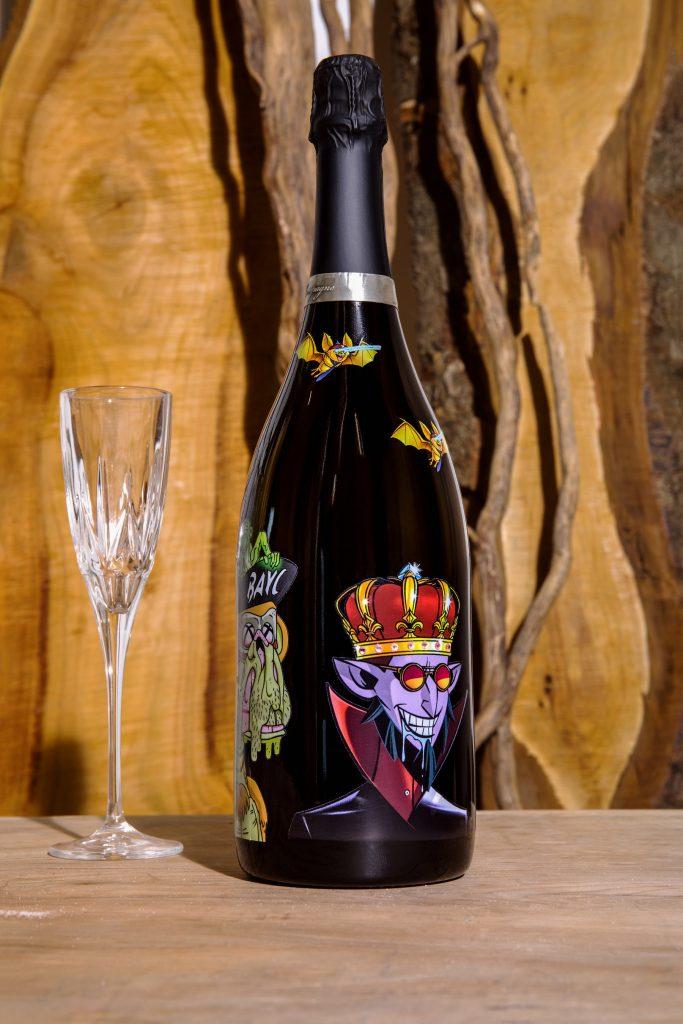 Although the market for NFTs seems to be fizzling out in the midst of a crypto winter, two Italian brothers just bought a $2.5 million bottle of champagne not for the 2017 vintage bubbles inside, but for the digital tokens attached to the bottle.

Entrepreneur Shammi Shinh originally debuted the record-setting Champagne Avenue Foch in June at the sophomore edition of NYC.NFT. The magnum-sized bottle is decorated with images of five NFTs designed by Mig—the artist behind the celebrity favorite Bored Ape Yacht Club and the Sneaky Vampire Syndicate NFTs—and that also come with the purch were part of the purchase, and transferred digitally to the new owner.

The current floor price for a Bored Ape NFT is 95 ETH, which translates to about $98,940, significantly less than the 2021 peak, when a similar cartoon monkey sold for a staggering 769 ETH or $2.3 million. Meanwhile, the floor price for one of the 8,888 Sneaky Vampires, described as “vampires living their best life… away from pesky sunlight,” is .22 ETH, around $1,088.

Brothers Giovanni and Piero Buono purchased the bottle in a private sale, according to the Although the bottle was listed on the OpenSea platform for 2,500 ETH, the transaction was carried out in dollars.

Shinh is no stranger to the world of luxury champagne. In 2013, he debuted the Goût de Diamants (Taste of Diamonds) champagne, a $1.9 million Swarovski crystal-encrusted bottle that appeared in the 2021 film .

The Champagne Avenue Foch is made from 100 percent Premier Cru grapes and was produced at an estate in Chamery, northeastern France. The record for a bottle of wine sold at auction was set in 2021 when an anonymous buyer purchased an 1874 vintage bottle of Perrier-Jouët Champagne for almost $57,000 at Christie’s.

In an interview with the website Made in Shoreditch, Shinh said, “NFTs are the new diamonds,” adding that the unique bottle “features art from NFT collections that have over a billion dollars in sales.”

Giovanni Buono, for one, is buying into the idea, telling  “There is a lot of turmoil in the investment world, things are changing geopolitically very quickly. Wealthy people will look for places to store their wealth for a while—and that could be a champagne with an NFT attached to it.”