Home News In an Unofficial Spinoff of Documenta 15, Johann König Is Selling 100... 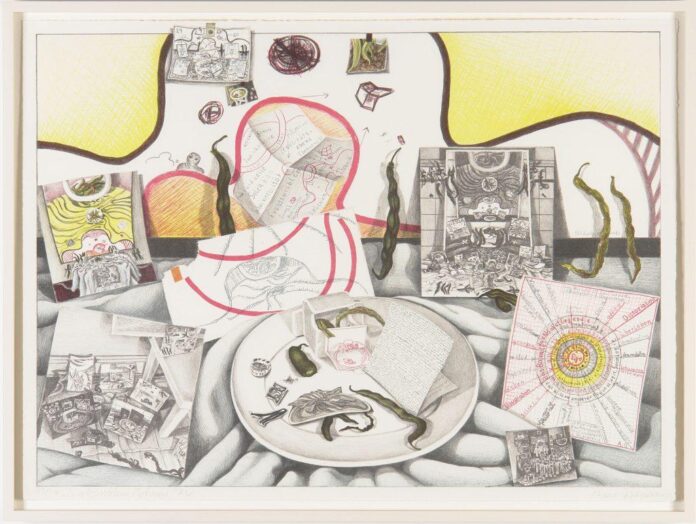 Works by artists who participated in previous editions of Documenta are going up for sale throughout Documenta 15 on Misa.art, the online marketplace set up by German gallerist Johann König.

Titled “100 days, 100 works – Documenta artists (re)discovered”, the initiative involves one artwork being offered for sale on each day of the Kassel exhibition’s run, through September 25. Ranging from paintings and sculptures to drawings and editioned prints, the works are being sourced from the artists directly and from collectors, essentially tapping both primary and secondary markets.

Sigmar Polke, Louise Bourgeois, Martin Kippenberger, Per Kirkeby, Blinky Palermo, and Isa Genzken are among the boldface names whose works are being offered. Prices so far range from €1,850 for a suite of lithographs by Raymond Pettibon to €62,500 for Brian Jungen’s 2003 sculpture Portable Still.

“We’ve been in contact with many established artists who are happy to be participating in the new field of e-commerce,” Misa’s art specialist Katja Andreae told Artnet News.

The venture is separate from Documenta 15, where participating artists have launched their own “cooperative gallery”, Lumbung Gallery, in partnership with TheArtists, an online selling platform for artists without gallery representation. König’s website follows three IRL editions of Messe in St. Agnes (Misa), an in-house art fair held in his Berlin gallery, a deconsecrated church, that mixed primary and secondary market works.

Although Misa is still owned by König, it is now an independent entity from his gallery. In the words of Andreae, Misa.art can be “freer and much more flexible in terms of collaborations” than the gallery, meaning that one can expect to find works by numerous artists not represented by König.

Besides blurring the boundaries between the primary and secondary markets, Misa.art is also launching a new department in September devoted to the fractional ownership of artworks, from paintings through to NFTs. Collectors will be able to buy shares in the works, which will be stored by Misa.

“We’ve noticed that younger people are becoming interested in investing in art but might lack the knowledge or not know how to start,” Andreae said. “We’re planning to provide artworks priced at €200,000 or more that most people can’t afford to buy right away [when they start collecting]. They’ll be able to own part of it and speculate if the price increases. Fractionalization is a great entry point to understand the market and eventually collect art at a higher scale.”

Misa is collaborating on the fractionalization project with the Berlin-based ArtFacts database, which ranks some 700,000 artists according to primary market data, and with its spinoff app Limna, an AI-driven “art advisor in your pocket” that claims to provide an accurate valuation of the artists’ works.

The partnerships “give us solid information to see how high demand is and whether an artist is worth investing in,” Andreae said. “What’s interesting is that we’re working in a very data-driven way. While the secondary market is more attractive, we also want to work with primary market artists, especially up-and-coming artists who can’t produce art fast enough to satisfy demand.”

Beginners’ Guide: How To Design Your Room