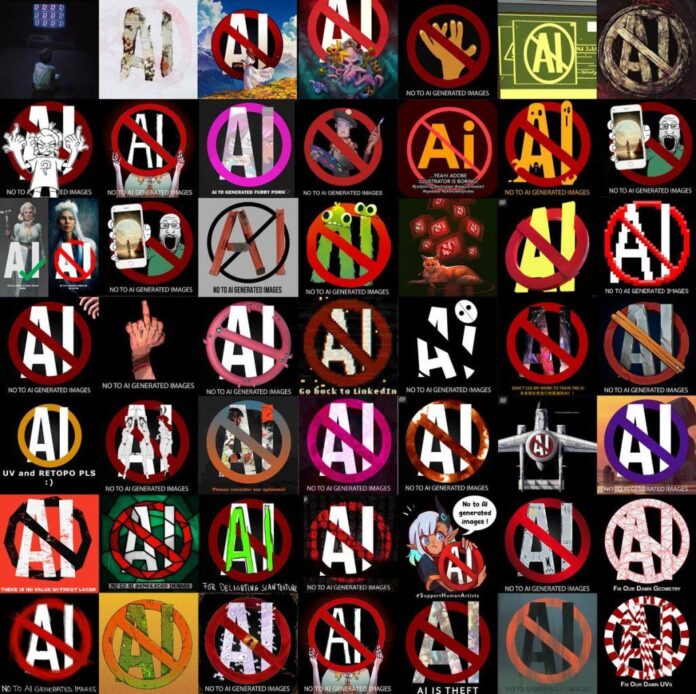 When A.I.-generated images began appearing on the homepage of ArtStation in early December, its users protested. They announced their discontent with a blunt image of a stop sign that read: “No To A.I. Images”. Within a week, the picture had been uploaded thousands of times and began dominating the platform’s trending page.

The reasoning behind the protest is simple; ArtStation users don’t want a platform they use for sharing and networking purposes to support A.I. images that have been generated through the theft of artistic labor and creativity.

“I am really considering removing my art online from places such as Artstation,” Suzanne Helmigh, art director at Ghostfire Gaming, told her 43,000 Twitter followers. “If the point of creating art is lost, and all our work is good for is to be fed into a machine, to be abused and Frankensteined into some A.I. visuals.” 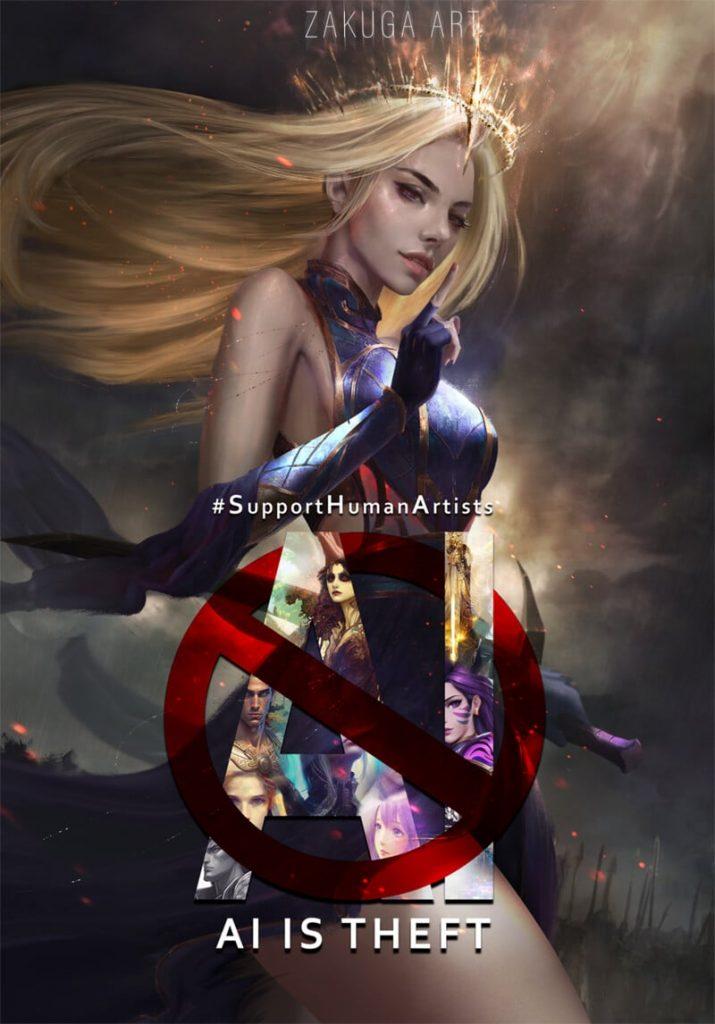 In response, the platform, known as a hub for game, film, and anime artists, defended its position and had moderators remove the anti-A.I. images. Users were enraged and continued posting their protests, some with the addendum “Round Two, You’re Not Listening”. By December 16, ArtStation had updated its A.I.-focused FAQ page, though it hadn’t exactly disavowed A.I. generators and their images.

The update announced that ArtStation had added a “NoAI” tag that allows artists to stop their work from being included in A.I. systems. But users were still not appeased. First, because the platform has made opt-in its default position; and second, because users are required to apply “NoAI” tags one-by-one to their artworks. ArtStation has suggested it will allow users to remove A.I. images from their home pages, though it hasn’t set a date for that yet.

The creativity of artists protesting is so beautiful.#AIart #artstation pic.twitter.com/QKyyP0sder

The tone of the statement from ArtStation, which was launched in 2014 and claims to have more than 3 million users, seemed to undermine the sense of community that has made it so popular.

“Artists should be free to decide how their art is used and we don’t want to become a gatekeeper, with site terms that stifle A.I .research and commercialization,” ArtStation wrote on its “Use of A.I. Software” page. “Choosing not to use the tag leaves copyright law to govern whether or not the artwork was fairly used.”

ArtStation wrote that neither it nor its parent company, Epic, have business deals with A.I. art generators, but didn’t respond to our request for further comment.

The disagreement between artists and the platform mirrors one that broke out on DeviantArt, another longstanding site for art-sharing. Together, they capture the anxiety of working artists, who have seen the popularity of A.I. image generators, such as Midjourney, DALL-E, Lensa AI, and Night Cafe, soar over the past 12 months.

Several of these platforms run on Stable Diffusion, an open source dataset. Removing their work from the next update to the database, set to be released in the coming year, may well be the starting point for artists to push back against A.I. Even then, the debate between creators and platforms seems set to continue.

What Is the Most Confusing Job in the Art World? [Cartoon]