Home News Internet-Famous Van Gogh, the One-Eared Dog With a Penchant for Painting, Has... 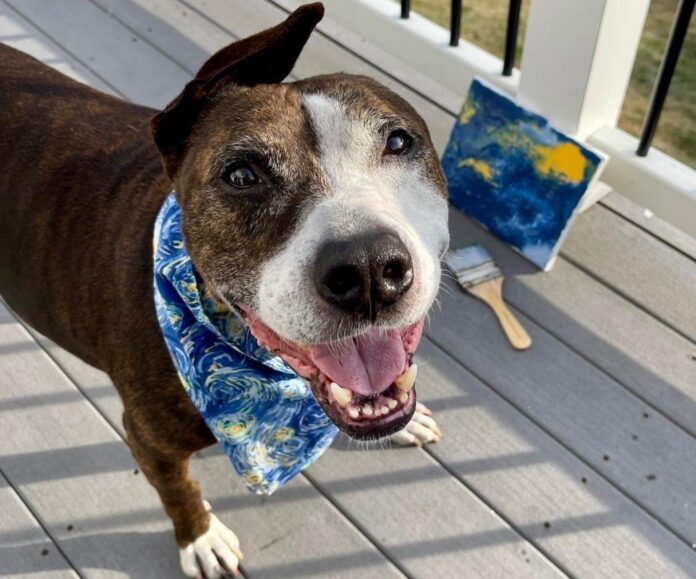 If you’re in need of some balm for the soul as this crazy year draws to a close, look no further Van Gogh, the one-eared rescue dog who was saved from the cruel world of dog fighting through the power of art.

A former stray, Van Gogh fell on hard times when he was caught and used as bait in a dog fighting ring. Rescuers found him hiding in a drain pipe, bruised and bloodied, his left ear so damaged a veterinarian had to surgically remove it.

Jacklyn Gartner, the founder of Happily Furever After Rescue in Bethel, Connecticut, was looking at photos of shelter dogs online when she was drawn to Van Gogh’s picture. She founded the nonprofit foster program in 2020 in honor of Tyler, her late pit bull mix, specifically to help shelter dogs that look like pit bulls. 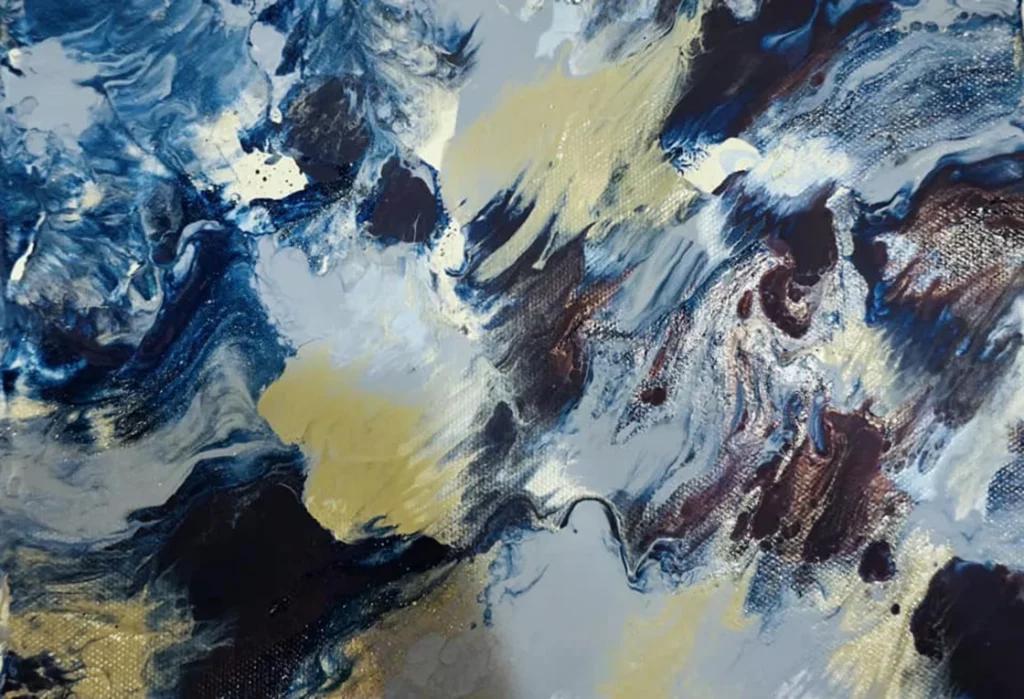 A painting by Van Gogh the rescue dog. Photo courtesy of Happily Furever After Rescue.

When the North Carolina shelter confirmed there had been no interest in Van Gogh, Gartner enlisted the nonprofit Pilots N Paws to fly Van Gogh to Connecticut on a private plane.

“When he came off, he was wagging his tail and rubbing up against everybody,” Gartner told . “He was so friendly right at the start.”

But after four months with a foster family, there was still no one to adopt Van Gogh. So Gartner decided to get creative and see if the pup could live up to his artistic namesake.

“I’d seen TikTok videos of other dogs creating paintings, so why not Van Gogh?” Gartner told the . “He certainly had the name and the ear for it.”

She squirted some paint on a canvas, sealed it inside a plastic bag, and spread some peanut butter on top of the bag. Sure enough, Van Gogh began lapping up the tasty treat—and, as a result, smearing the paint to create a colorful and artistic design. He even made his own version of the famous , using blue and yellow paint.

“He has a fast and creative tongue,” Gartner said. “It takes more time for us to get the canvas ready for him than it does for Van Gogh to lick off the peanut butter and smear the paint around.”

A week later, Van Gogh had made enough paintings to stage his first gallery show, which doubled as an adoption event. Gartner set up an exhibition on the deck of her Brookfield, Connecticut, home, with pastries and sparkling cider for visitors.

Unlike the human Van Gogh, who famously struggled to attract collectors during his lifetime, the newly minted artistic dog did make a few sales at the show, offering $40 canvases to benefit Happily Furever. But it was after the exhibition, when Gartner posted about it on Facebook, that his budding art career—and adoption prospects—really took off.

“Van Gogh was so excited for his big art debut over the weekend,” Gartner wrote following the opening. “He was all decked out in his bandana and waited patiently on the deck for his guests to arrive… but only two people showed. 😢 Van Gogh put many hours and a lot of love into creating such beautiful art and we worked so hard to make this a special event.”

The disappointment was short-lived. The rest of Van Gogh’s 30 pieces of art sold out almost instantly, plus he received 10 commissions. News of the artistic pup’s undeniable talent spread to media company Now This, which made one of its signature short videos about Van Gogh that quickly went viral, with over 288,000 views to date on TikTok. 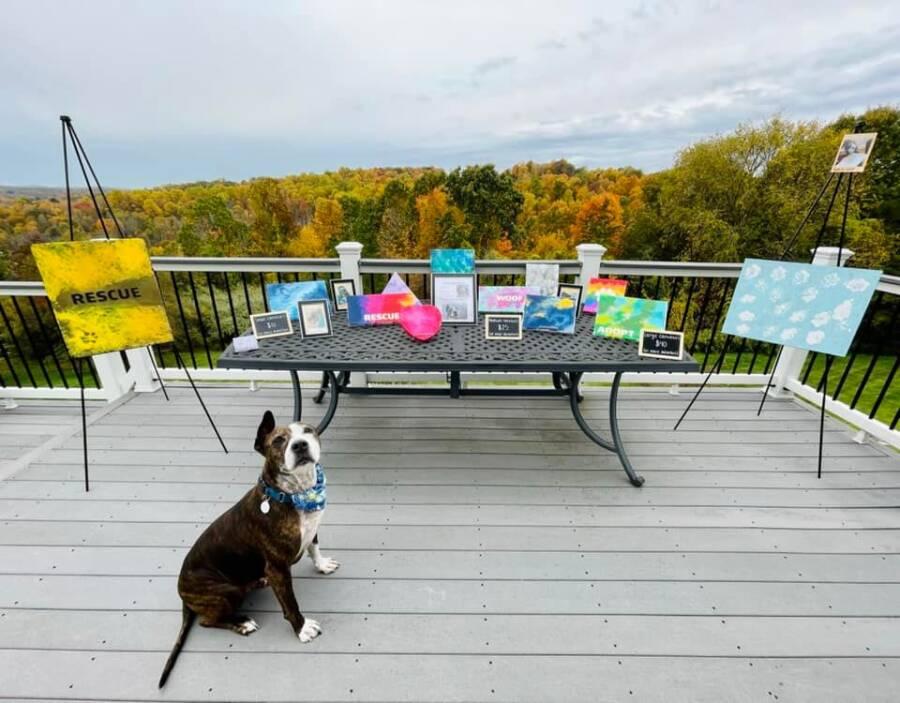 An online auction followed, selling a dozen more works. In a flash, Gartner had raised over $3,000 for the nonprofit. To complete the happy ending, on the last day of the sale, foster volunteer Jessica Starowitz adopted Van Gogh. Media interest in the story has also helped other Happily Furever find families—and Van Gogh’s art career is just beginning.

“We’ll let him keep painting until he says he’s done with it,” Starowitz told . “Probably if we run out of peanut butter or liverwurst or snacks.”

Read the 15 Most Popular Artnet News Stories of 2022, From Intentional (and Unintentional) Art Thieves to a Gold Cube With Its Own Security