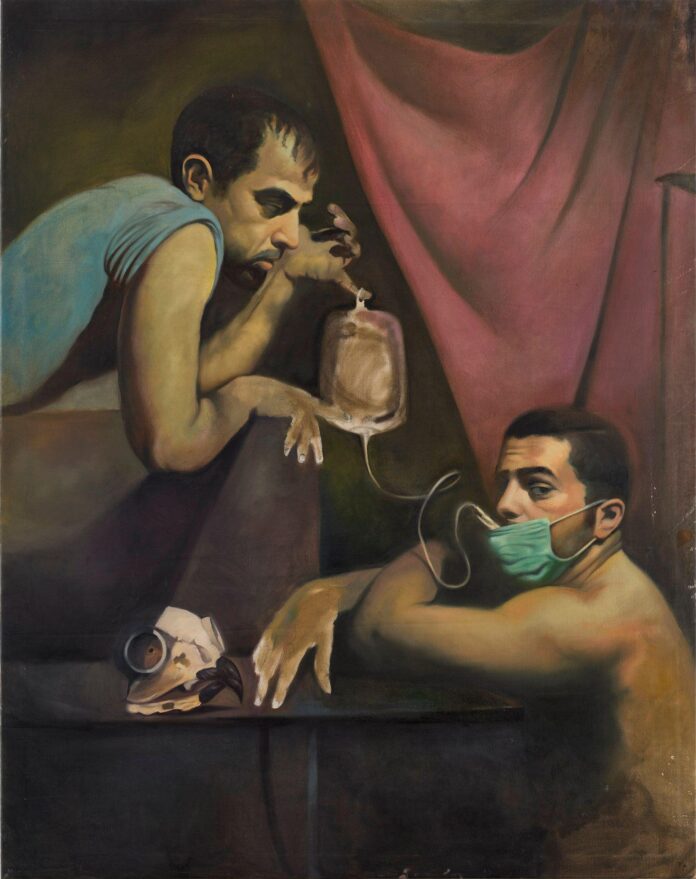 The Iraqi artists who objected to their works being shown at the 12th Berlin Biennale now say they plan to withdraw their works from the exhibition. In an open letter, the artists Sajjad Abbas, Raed Mutar and Layth Kareem spoke out against their work being shown at the Hamburger Bahnhof where photographs by the French artist Jean-Jacques Lebel, showing tortured inmates at Abu Ghraib prison in Iraq, were also on display.

The curator Rijin Sahakian wrote in ArtForum 29 July: “The Biennale made the decision to commodify photos of unlawfully imprisoned and brutalised Iraqi bodies under occupation, displaying them without the consent of the victims and without any input from the Biennale’s participating Iraqi artists, whose work was adjacently installed without their knowledge.”

The Biennale’s chief curator Kader Attia and his team published a lengthy statement on ArtForum in response (15 August), saying: “We do not deny our accountability. We humbly ask you to please grant us your attention for our response to the crucial questions of showing wounds and repair, to make sure our curatorial intentions and the aspirations of our exhibition are not misrepresented.”

But in a statement added 16 August to the same ArtForum article, Sahakian says: “In an exhibition that prioritises the display of wrongly imprisoned Iraqis photographed in the act of being sexually and physically tortured, no, we do not find sincerity or transparency in this paternalistic response… We have withdrawn from the Berlin Biennale and appreciate the nearly 400 who have added their signatures in solidarity [to the letter].” Abbas tells The Art Newspaper that the artists had notified the Biennale curators of their intention to remove their works; a spokesperson for the Biennale also confirmed their decision.

Lebel has enlarged images of tortured prisoners at the Abu Ghraib prison that were taken by US soldiers and leaked in 2004, a year after the US-led invasion of Iraq, for his labyrinth-like installation entitled Poison Soluble (2013). In a statement on the Biennale website, Lebel says he has “printed and enlarged the colour snapshots taken by the torturers, interspersing them with black-and-white press images of Iraqi towns devastated or completely obliterated by the US Air Force”.

Mutar’s and Abbas’s works were initially relocated to different venues (Akademie der Künste Pariser Platz and KW Institute for Contemporary Art) while Kareem’s work is presented in a video cabinet in a different room of the Hamburger Bahnhof. Attia also toldThe Art Newspaper: “The Biennale team and I have been in dialogue with the artists from the moment they expressed their concerns. As soon as they told us they were unhappy with the position of their work, we reacted and started to look for solutions.” Artists who signed the open letter include Ali Cherri and Michael Rakowitz.