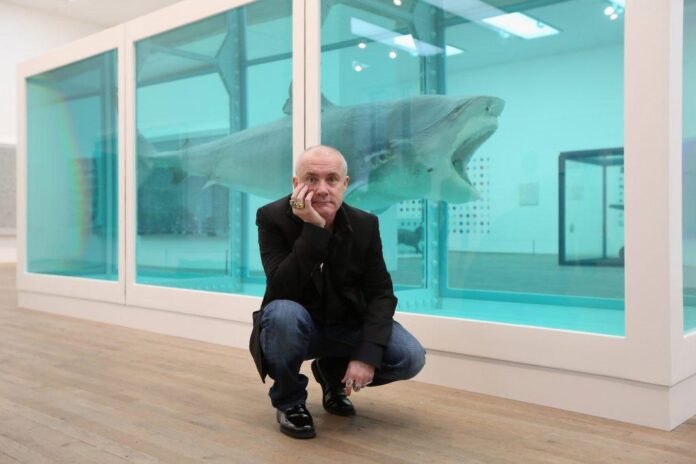 Damien Hirst is, infamously, doing pretty well for himself. The 56-year-old is the richest artist in England, due in part to the branding power of his recognizable bodies of work, factory-like studio operation, and bad-boy persona (despite his largesse, he still makes a point of mugging off the camera like a punk raging against the machine).

Hirst exploded onto the scene in the 1990s alongside the YBAs with his gory conceptual shark sculpture, and went on to win the Turner Prize. At the height of his market before the 2007–08 financial crisis, his sculptural provocations were raking in eight-figure sums at auction.

Although he is still a household name pulling in the greenbacks on the primary market, the wild success of his auction peak has since nosedived, and his market has yet to recover. Meanwhile, his credibility as an establishment disruptor has softened considerably given his commercial success, and he has been slammed in recent years for his unimaginative concepts and unfair labor practices.

He has nevertheless continued to produce works, some more provocative than others, that respond to his key interests in themes of death, science, religion, and money. His latest provocation was a playful experiment with the froth for NFTs: “The Currency” asked every buyer to choose whether to trade in an NFT token for a physical work on paper, or to keep the digital edition, after which Hirst would literally burn the corresponding drawing. Most buyers favored IRL artworks, and early secondary market results show stronger prices for the objects than the NFTs, indicating the market still rates at least some of Hirst’s physical works.

But what about the rest of his oeuvre? We took to the Artnet Price Database to find out. 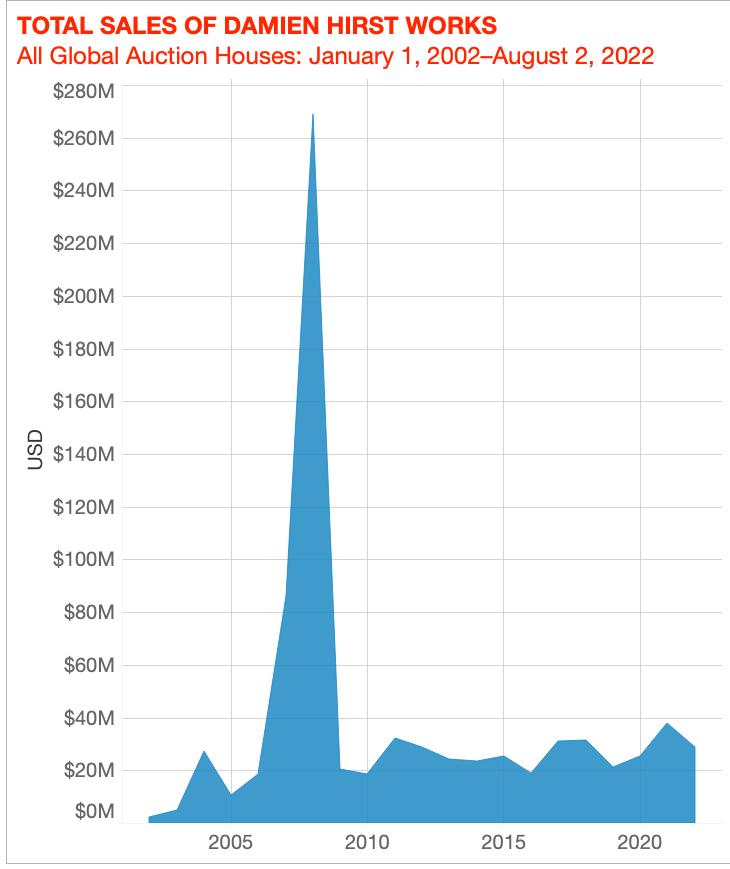 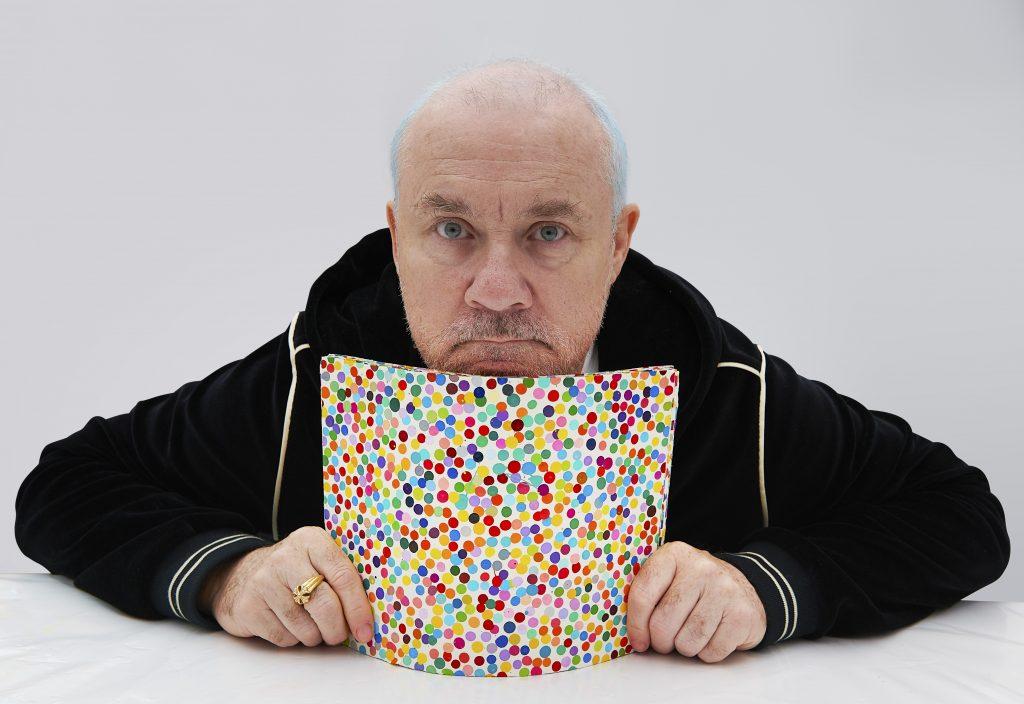 A resurgence in Hirst’s market this year could partly be attributed to the wider economic situation. People tend to flock to brand names in a recession as a surer hold of value against inflation, and Hirst’s ubiquitous brand certainly won’t hurt him in that respect. That said, the art market tends to lag behind general world events, so it may be too early to posit that buyer psychology alone is driving the trend. Another obvious factor is the increase in volume of works to auction.

Overall, however, Hirst’s decision in recent years to veer away from vitrines and spot paintings to large, abstract, colorful compositions such as the cherry blossoms has dovetailed with market tastes that have moved away from dry conceptual work towards expressionistic, painterly works on canvas. With the cherry blossoms in particular—recognizable decorative works that are easy to house—Hirst seems to have hit on just the right market alchemy, which explains why his teams are honing in on the cherry blossom paintings for museum shows, which are currently on view at National Art Centre Tokyo, following an outing at Fondation Cartier in Paris last year.

These are being produced at volume, but are still highly sought after, and there have been strong results for those that have appeared at auction so far. It’s too early to say for sure, but if you watch this space, you just might see something bloom.