Home News ‘It’s All About the Materiality’: Watch Jack Whitten Experiment With the Physicality... 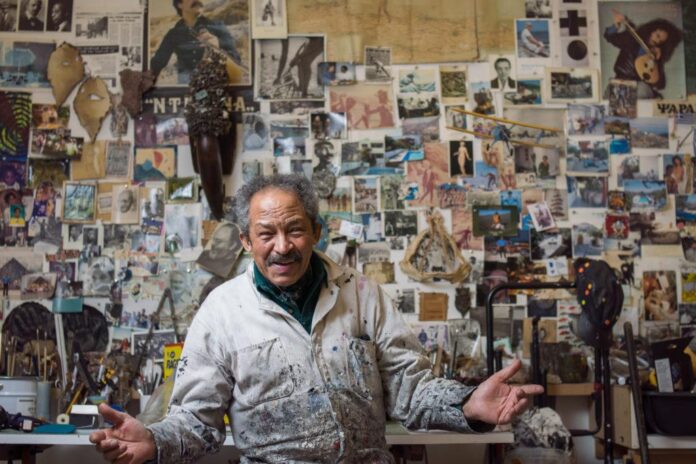 For the first time ever, an entire exhibition dedicated to the late artist Jack Whitten’s landmark “Greek Alphabet” series is on view at Dia Beacon, expanding the public’s understanding of Whitten’s experimental practice. In the series, Whitten departs from his earlier Abstract Expressionist style of painting and instead adopts the Greek alphabet as the starting point for black and white compositions, created with handmade tools and unique applications.

Whitten continued to experiment with the physicality of paint on canvas throughout his career, switching from oil to acrylic in the 1960s and moving toward more conceptual ideas, in contrast to the Surrealist and Figurative Expressionist styles that first captivated him.

In an exclusive interview with Art21 filmed just before his death in 2018, Whitten explained how his art was informed by his experiences as a young Black man in the segregated South, and how it changed over the course of his career. “The young artist has to have something to react to,” he said, noting his involvement in the political protests during the Civil Rights era.

He also discussed his impressions upon arriving in New York’s art world in 1960. “I met Romare Bearden, Norman Lewis, and Jacob Lawrence,” he said. “The scene was open. Bill de Kooning would talk to you!”

Unlike his contemporaries, Whitten’s work was not explicitly figurative, though he did reference important Black figures like Count Basie and James Baldwin in his Black Monolith abstractions. “I’m not a narrative painter. I don’t do the idea, or the painting being the illustration of an idea, I don’t do that,” he said. “It’s all about the materiality of the paint.”