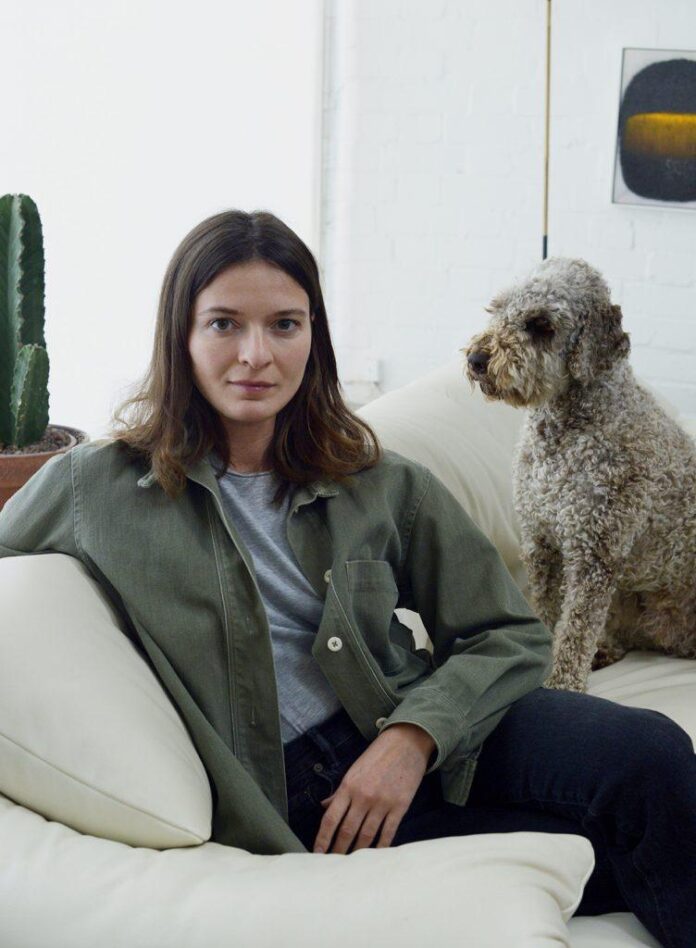 Joanna Piotrowska works with the strange, contradictory power of silence. Voiceless bodies touch, stiffen, and submit; a woman indicates where she is most vulnerable on her collarbone. People interact in unusual ways. Her images of objects are similarly uncanny: she photographs toys used to stimulate animals in captivity. Elsewhere, roses photographed in a dispute conflict area between Armenia and Azerbaijan, where Piotrowska was accused of espionage and interrogated in 2015, delicately droop.

The acclaimed artist, born in Poland in 1985 and now based in London, examines oppressive social and psychological constructions in grayscale. The last few years have been incredibly busy for Piotrowska, with a string of major shows at MoMA, the Tate in London, and Kunsthalle Basel. Currently, her work is on view at the Venice Biennale, and she is also the subject of solo shows at the Kestner Gesellschaft museum in Hannover and the nonprofit ARCH in Athens. In September, she will be included in the Lyon Biennale, and she is working on a solo show set for March 2023 at Hagiwara Projects in Tokyo.

Piotrowska’s work operates between black-and-white photographs and film, drawing comparison to documented performance or sculpture. “It’s always really exciting to find those territories in which photography can be seen or can exist in a slightly different, new form,” Piotrowska told Artnet News. 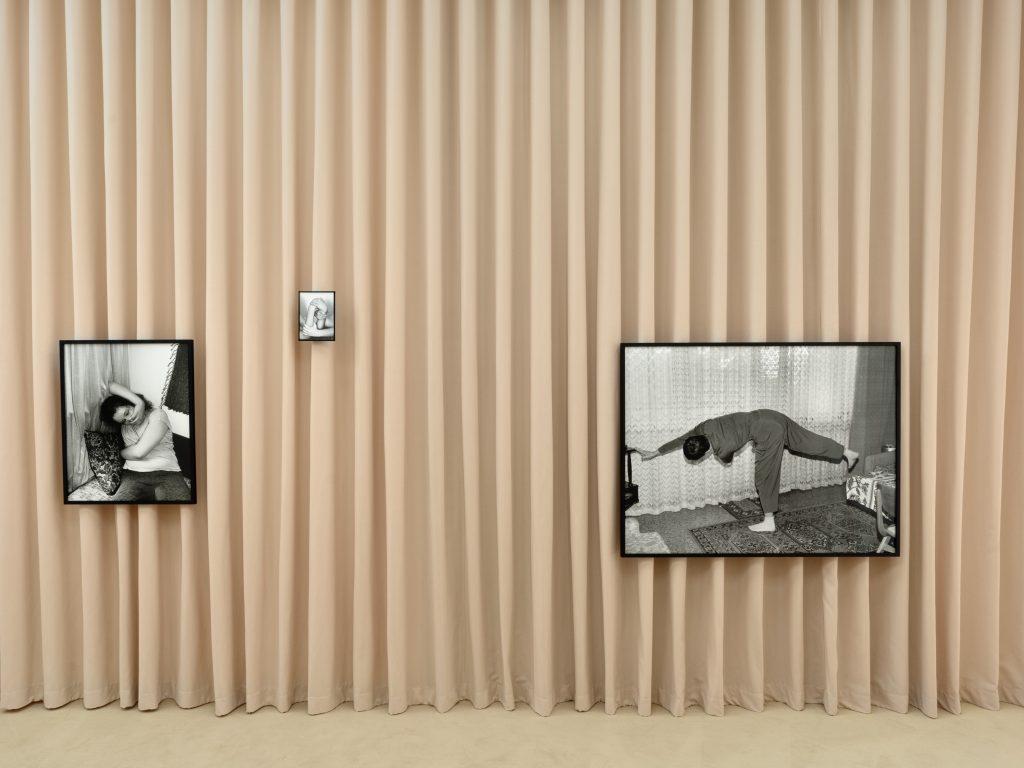 Along with Piotrowska’s interest in non-verbal language (photography first intrigued her for a “certain kind of stillness”), she also enjoys expressing herself in writing, and literature is another one of her passions. At first reluctant to speak over a video call for this story, Piotrowska noted that she tends to do written interviews where she can spend one day on each question. “I work very slowly and try to look at everything from all possible perspectives,” she said. In the end, she did both: writing out responses to questions and speaking over our call to answer others.

That tuned-in approach is evident in her entire art-making process. Piotrowska’s installations of photographs and films are always “thoroughly thought-through,” and mapped out, said her long-time dealer Phillida Reid, co-founder of Southard Reid in London. She described Piotrowska as a high-functioning artist who “can be detached…  but completely understand all of the emotions that make up the psychology or human elements within it.”

The idea of detachment is inextricable to Piotrowska’s work, with her unfettered depictions which are reminiscent of oddly poetic, guidebook-style demonstrations. It is no coincidence: her photographic series of women and young girls posing in positions of self-defense were inspired by an instruction manual, which featured men in the same poses.

“When I look through the lens, I sometimes feel like I’m looking at some other species,” said Piotrowska. The artist said that black-and-white photography “matches that kind of cold observation.”

By deemphasizing the individual with her strikingly unique style of detachment and what she calls “observational” aesthetics, Piotrowska explained that she’s better able to get at what she’s interested in: “how we all participate in oppressive systems we create.”

But like in life, with her arms’ length approach comes its contradictory opposite, a sense of intimacy. “I think those two are very close,” she said. “Everything I work on is quite personal and close to my heart.”

In her artwork too, things are not what they first seem. In the series “Frowst” a title that refers to a suffocating “stuffiness” or “coziness,” family members are seen in the home, placed in awkward and sometimes disturbing physical proximity. The project stems from her experiences growing up in Poland, a nation she described as a conservative and rigid society. It looks at the inherent contradictions of “a family institution,” which the artist said can “be very enriching and supportive, but also often an environment which is quite oppressive, in quite concealed ways.”

Piotrowska has also been vocal about women’s rights and abortion access, donating limited-edition photographs to raise money for the cause in Poland. Her work manages to address hot political topics through lurking overtones. “When I think about politics, I think about notions of ambiguity, nuances, hidden, repressed, indirect, stiff or rigid, so it makes sense that those notions appear in how political subjects are represented in my works,” she wrote. 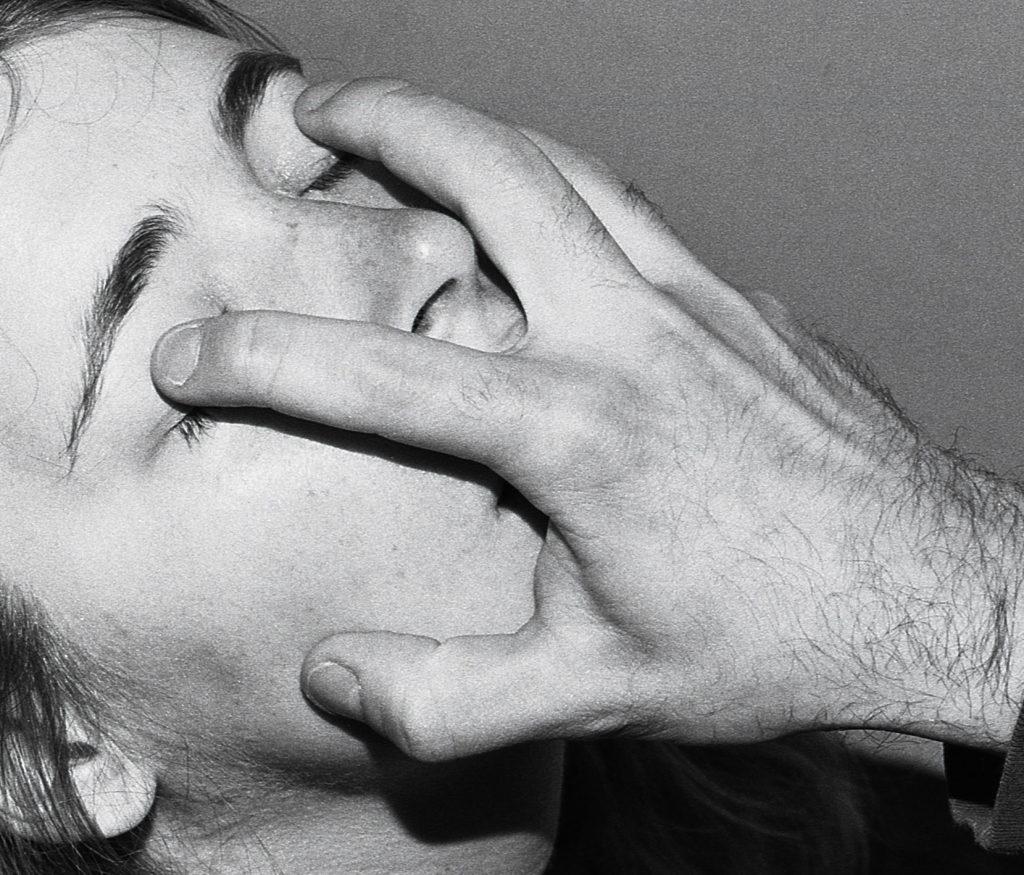 For her current exhibition “Sub Rosa,” at ARCH, which includes photographs of roses taken in the disputed region of Nagorno-Karabakh between Armenia and Azerbaijan, Piotrowska remembers how military police followed her as she documented an abandoned town, destroyed by fighting and overgrown with flowers. She was subject to intense interrogations by officials.

“At the same time, I was forced to continue photographing,” she said. “I didn’t want to worsen my situation, so I decided to censor myself, and turn away from the conflict, or any political aspect of that place. The only safe subject was flowers, so I started photographing roses.”

Piotrowska has steadily gained recognition since graduating from the Royal College of Art in London in 2013. “She’s an artist’s artist,” said Natalie Gaida, director of Galerie Thomas Zander, which also represents Piotrowska. “I think the main interest came [early] from museums, because all curators love the work.” She said that collectors—including younger millennials of the artist’s generation—are drawn to how sensitive she is as an artist.

Both dealers Southard Reid and Galerie Thomas Zander said Piotrowska’s work is in high demand that cannot always be met. (The artist is also working with Polish gallery Dawid Radziszewski and Galeria Madragoa in Portugal.) A turning point occurred around the time of her 2018 MoMa show, and the 2019 double-whammy at Tate, Britain and Kunsthalle Basel. 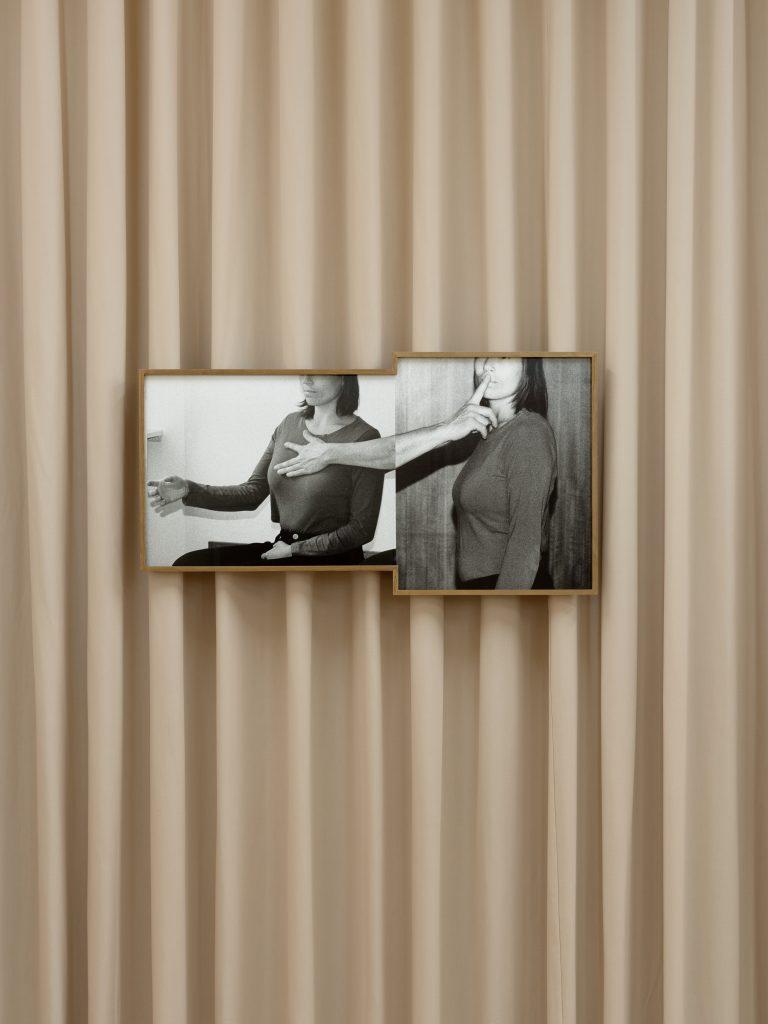 “Her collectors are very special,” said Gaida. “When they buy her work, it’s really from the heart, and not only for investment, which is good.”

Piotrowska’s silver-gelatin prints are offered in small, limited editions of between one and seven prints, plus artist’s proofs. And while they can be acquired individually, they are often sold in unique groups of five works akin to her museum installations. Prices range from €5,000 ($5,078) to about €50,000 ($50,782) for groups of works.

Her oeuvre is generally more visible in Europe, an observation Gaida attributes to her broader recognition occurring right around the pandemic, while travel restrictions held her to the continent. But this is changing. “From the outset there’s always been steady collecting [of Piotrowska’s work] from America,” noted Reid, who showed a solo booth of Pietrowska’s works at Frieze LA earlier this year.

Channeling her traumatic experience in Nagorno-Karabakh for the first time in this form, Piotrowska said “‘Sub Rosa’ is actually my most personal work,” and her first collaboration. Together with the designers at Formafantasma, she created interrogation-room sculptural frames out of steel, which enclose and hold down Piotrowska’s rose photographs. The prints are not covered by glass, and sometimes curl up and around the metal barrier/frames which smother them.

The series is “an important work for me, a natural continuation of my interest in how photography can be presented in a sculptural way,” said Piotrowska—something she has already done to various degrees. “How the images are installed was always a huge part of my practice, and I always work with the space first,” she said, likening the act to a performance, where constructing the image is secondary. 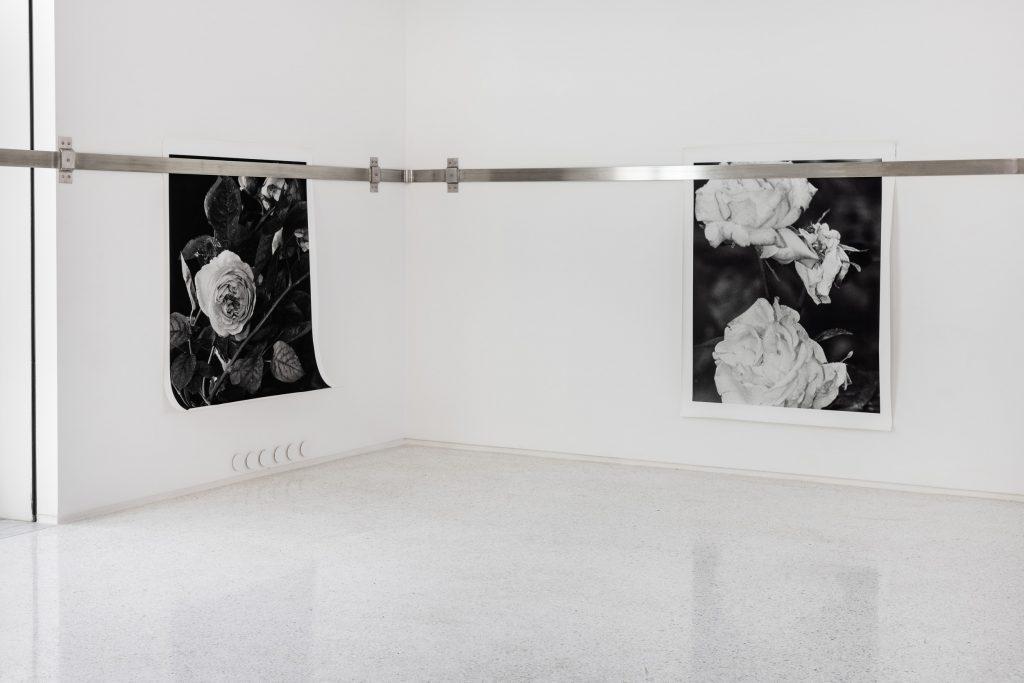 In addition, “after seven years of holding it in,” Piotrowska said “Sub Rosa” allowed her to “take ownership” of the experience in Nagorno-Karabakh, where “there was nobody I could turn to for help,” and where she felt “vulnerable and voiceless.” There is no Polish or UK embassy, or international organization in the unrecognized region.

With this new series, which will travel to Southard Reid gallery in London in October around Frieze, “the self-censorship, and silencing myself became something opposite… It’s been transformed into something quite vocal.”

Writing to answer me at one point, Piotrowska described her art practice as one “driven by life.”  She said she seeks a “moment of ignition” that stems from lived experiences, a moment which is intuitive and precedes rational thinking. “Sensing with the body or looking with my eyes, seeing children playing, being interrogated by the police, looking at brothers hugging,” are such instances, she said. “There is so much hidden meaning in the everyday, in simple situations, gestures.”

In 2020, Blue-Chip Art Businesses Flocked to the Hamptons. Are They in It for the Long Haul?