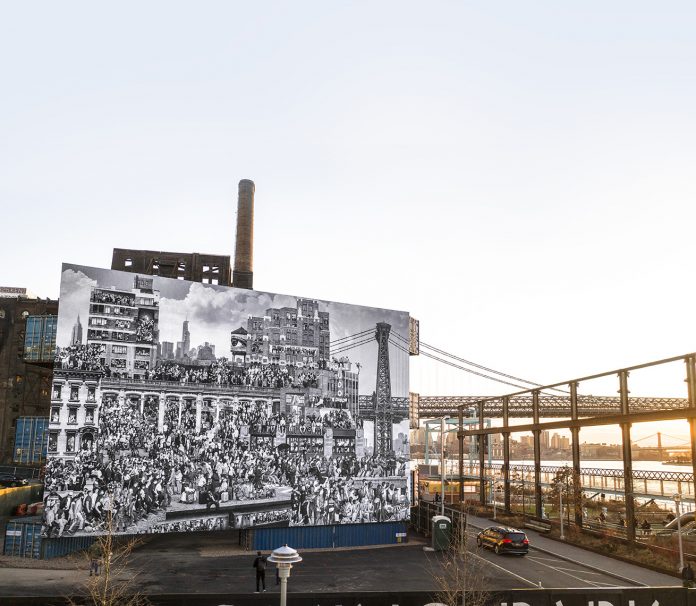 French artist JR is back in New York, transforming pockets of the city with his latest work. Installed on stacked shipping containers, “The Chronicles of New York City” is a compilation of images depicting more than 1,000 New York residents, who the artist photographed and reproduced for the large-scale work. Created in Williamsburg’s Domino Park, the black-and-white mural is JR’s biggest public project to date in the city. It overlooks the East River and features people living in all five boroughs gathered in a public space that mimics the newly built park.

Since opening his exhibition “JR: Chronicles” in October of 2019, the artist has been transforming areas throughout the city, like a space at the Kings Theatre in Flatbush and the Brooklyn Academy of Global Finance in Bedford Stuyvesant. “The Chronicles of New York City” is the centerpiece of the exhibition, which is on view through May 3, 2020, at Brooklyn Museum, and is accompanied by audio recordings of those portrayed in the monochromatic mural. The public installation was a collaboration with architectural firm LOT-EK, which is known for its sustainable design and helped in creating the site.

“Working at the intersections of photography, social engagement, and street art, JR collaborates with communities by taking individual portraits, reproducing them at a monumental scale, and wheat pasting them—sometimes illegally—in nearby public spaces,” says a statement about the exhibition.  See where JR’s work pops up next by following him on Instagram and peek in his shop to check out what’s available for purchase. 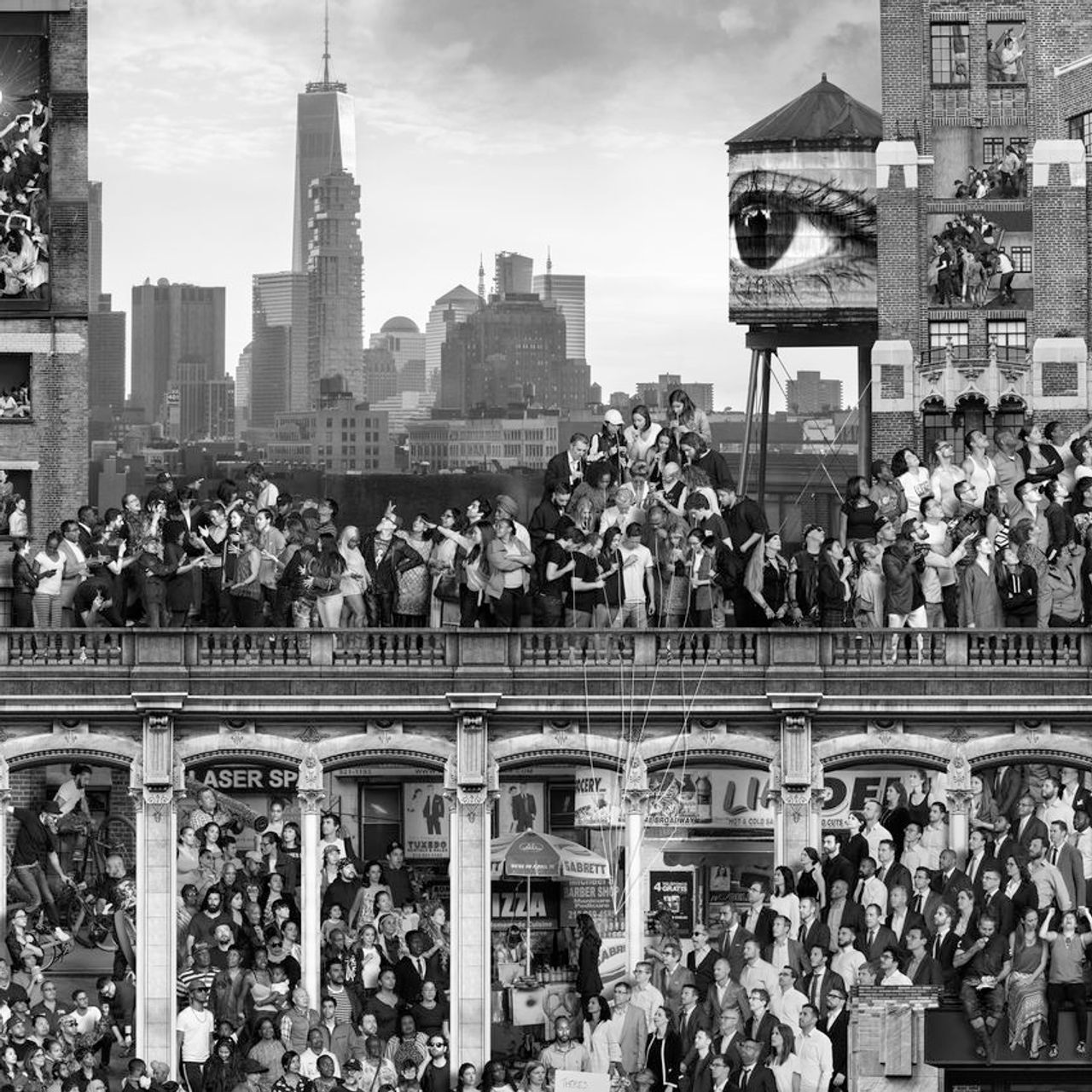 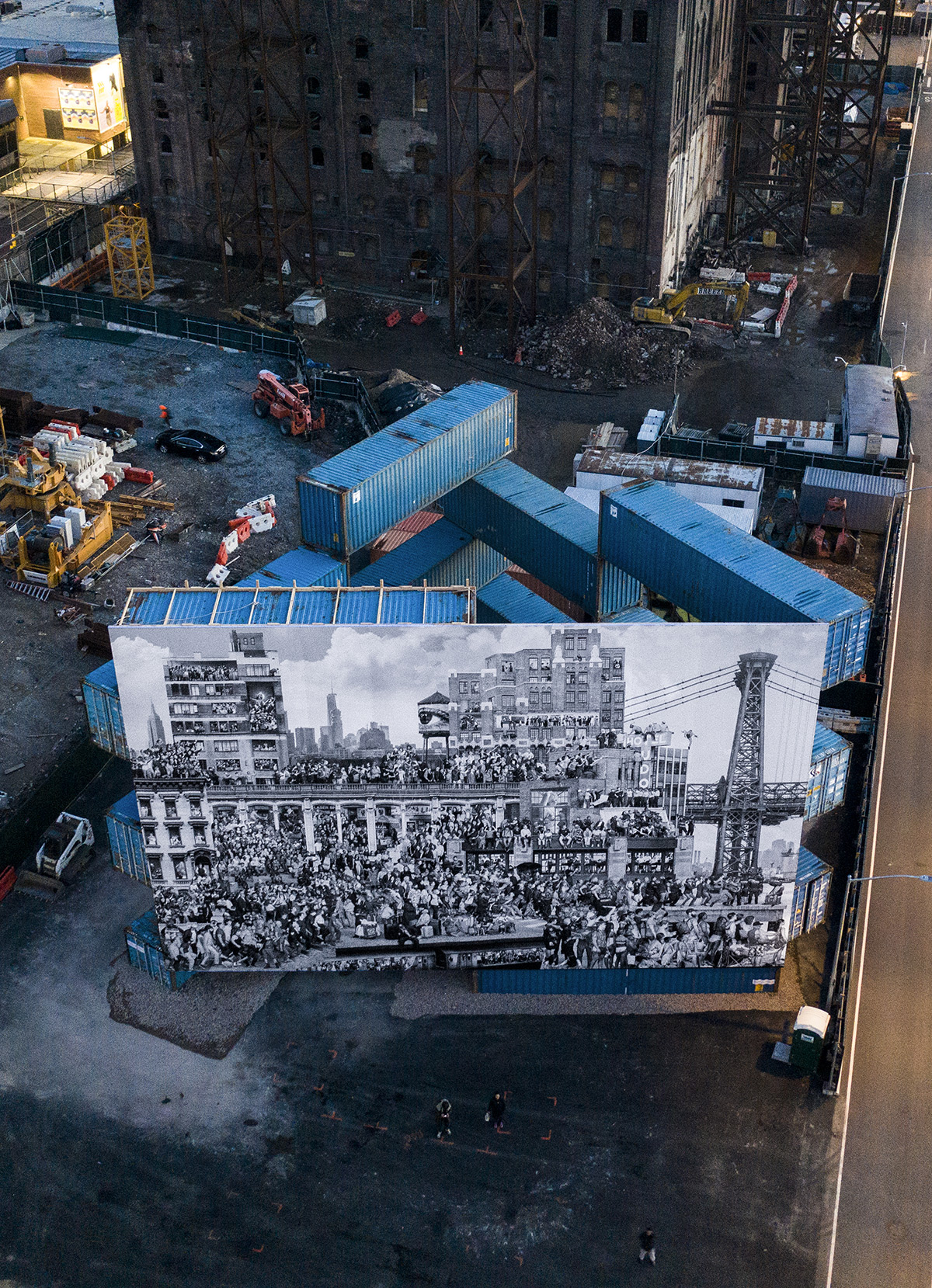