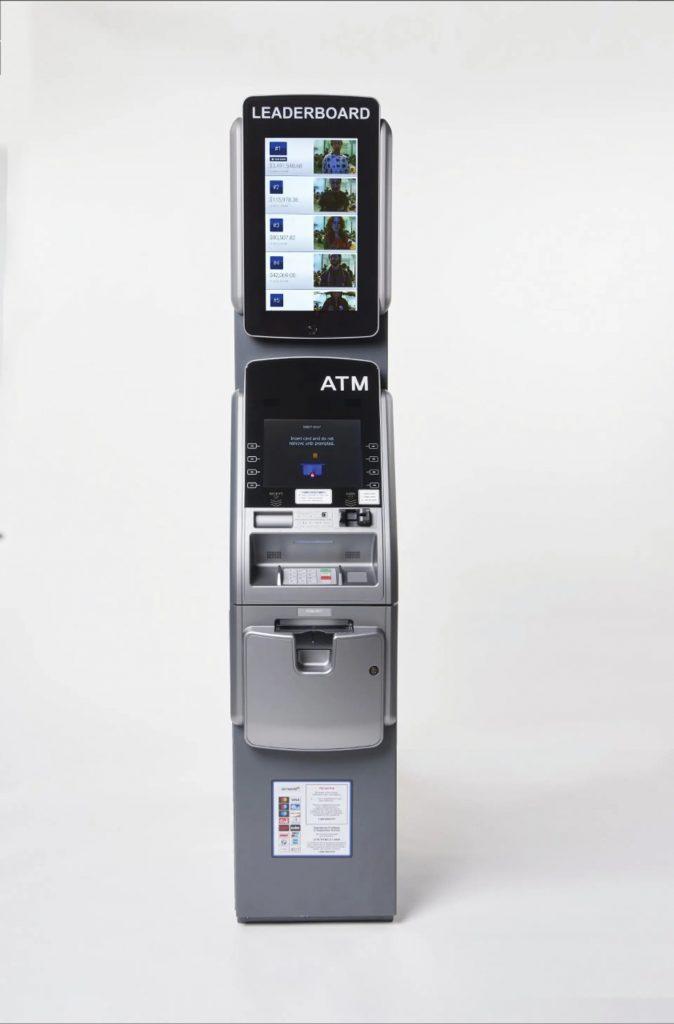 The crowds were hesitant this year as they gathered at Perrotin’s booth at Art Basel Miami Beach. They’ve been drawn to (2022), the latest interactive piece from the provocative art collective MSCHF—but they aren’t necessarily interested in participating in the work, which will publicize their bank account balance, and their photo, in a scrolling leaderboard display.

“Even if you’re not doing it, there’s a lot of tension in the air,” Gabriel Whaley, one of MSCHF’s founding members, told Artnet News at the fair’s VIP preview. “Just being near it feels invasive, and it’s kind of goading you from afar.”

is a real, legal, working ATM, customized by MSCHF engineers to add the leaderboard display. Dip your card and inquire about your balance, and the machine triumphantly announces your wealth relative to others on the list.

The bank accounts on view at the time ranged from $2.9 million all the way down to zero, from a man in a blue button-down happily flashing a peace sign at the camera.

You can also take out money (without any fees), and the collective will throw in the $6,000 to $7,000 currently inside it to whoever agrees to pay the $75,000 to take the work home. (The owner will of course be responsible for restocking the cash.)

“You can make some money back,” Dan Greenberg, MSCHF’s chief revenue officer, told Artnet News. “You can put a surcharge on it and set it up in a Miami nightclub!” 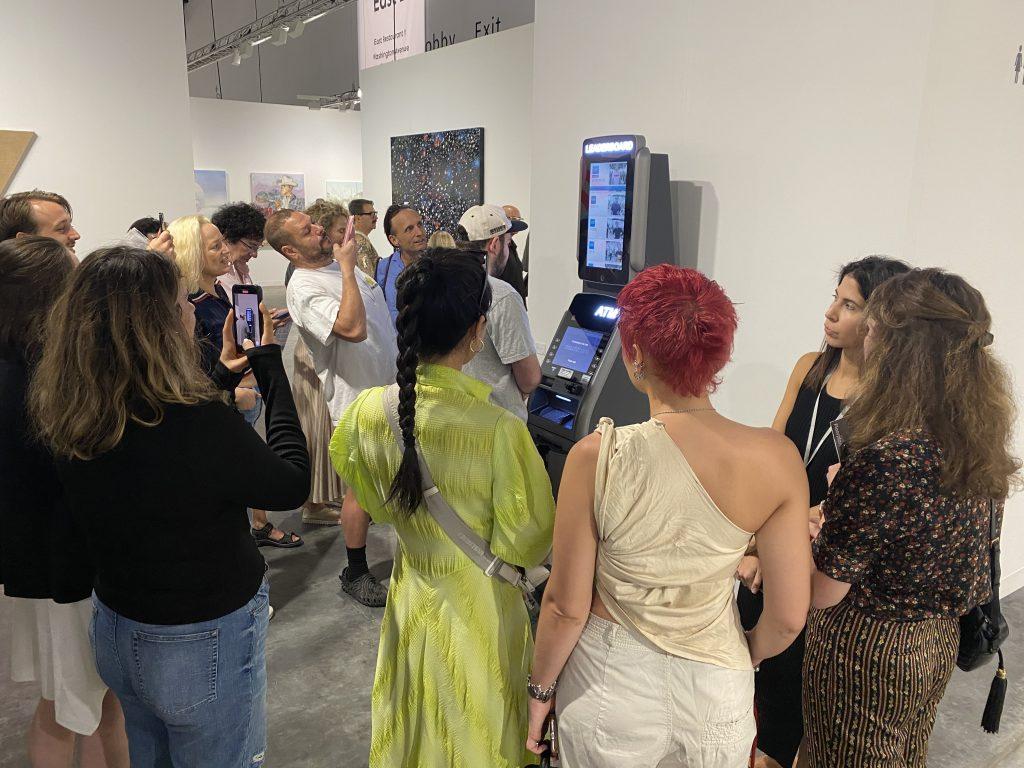 The piece is a response both to the recent volatility in cryptocurrencies and the market in general, and the extravagant wealth being flaunted in the city during Miami Art Week. It asks viewers to consider why they feel comfortable with visible signifiers of wealth like designer clothes and flashy cars, but not with putting an actual price tag out into the public.

“In Miami, you look around and everyone is wearing fancy watches and pulling up to the fair in Lamborghinis. Every conscious action people are taking in this room is a flex of wealth,” Whaley added. “So let’s put a real number on it, and rank it with your peers.”

But two hours after the fair’s opening, there were only about 40 names on the leaderboard—and many of them were members of MSCHF, which is made up of about 30 artists ranging in age from their early 20s to nearly 60. 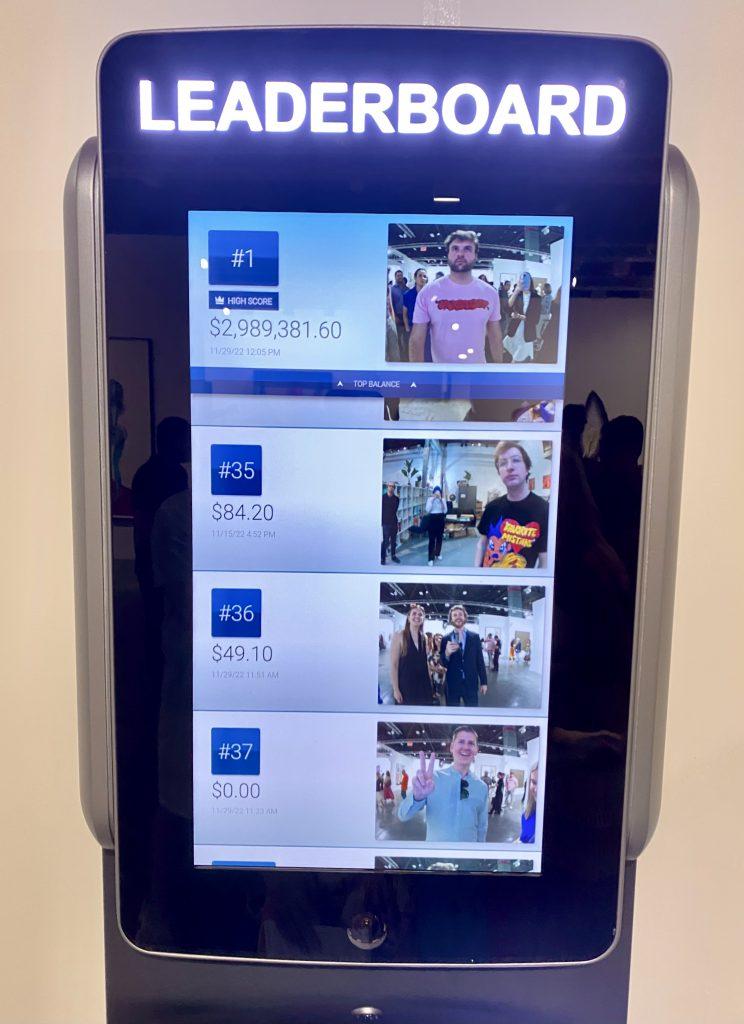 Did the gallery have any concerns about potentially alienating its own collectors with a piece that was clearly, at least in some ways, making fun of them?

“With Emmanuel [Perrotin, the gallery’s founder], it’s been part of his DNA since the beginning to work with artists who break the boundaries of what is fine art,” Caitlin Merrell, Perrotin’s communications manager, told Artnet News.

“MSCHF does its best work when we create a piece that subverts a system while also participating it it,” she added.

The collective currently has a show at Perrotin’s New York flagship, where they’ve transformed a floor of the gallery into a mini strip mall, with sections dedicated to different areas of their wide-ranging practice, including a Footlocker hawking their sneaker projects. 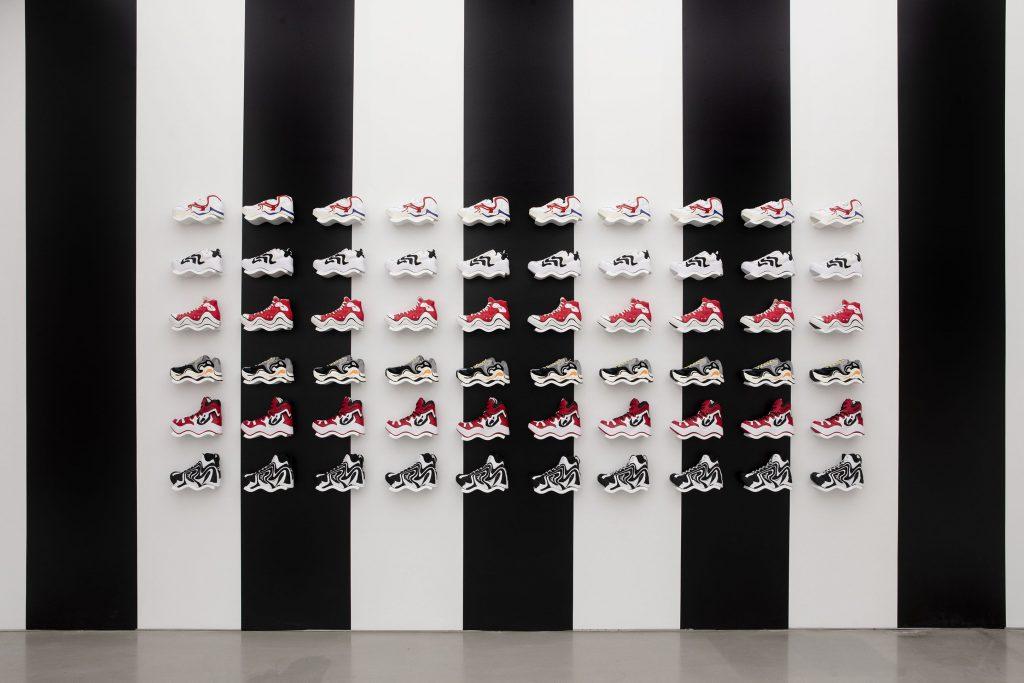 Ignoring my discomfort, I gave it a shot, but I forgot my pin number for my secondary account, which was the only one I felt comfortable publicizing. I wasn’t alone in that, as our increasingly cashless society means less need to replenish our wallets for walking around money.

“The meaning of the work is going to change as the years go on,” Whaley noted. “It will become a nostalgic relic.”

Most observers seemed embarrassed at the thought of trying it out, though intrigued by the concept. Some overheard remarks: “I’m just a spectator,” “I mean, someone’s gotta do it,” “Oh, it’s just a dick measuring contest,” and “fuck no!”

“The sheer horror on their faces as some people walk away is pretty amazing,” Whaley said.

Samuel Borkson, one half of the artist duo Friends With You, insisted he loved the piece, but said “I just don’t care. We don’t need to prove ourselves. Our value is with God.” 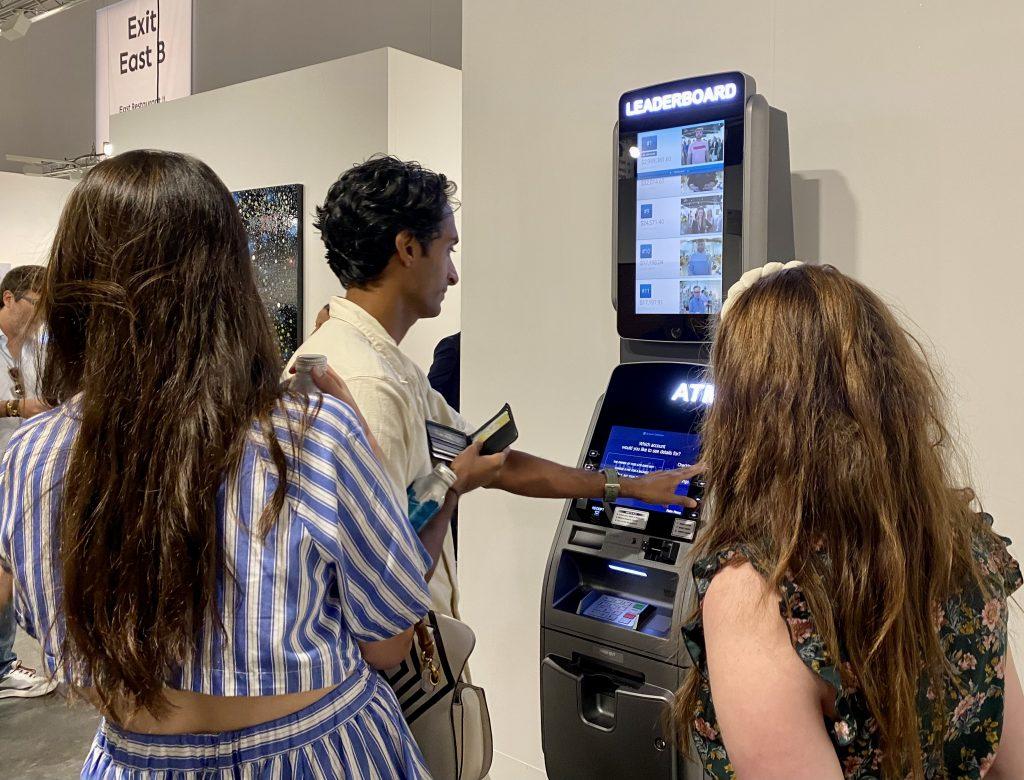 Sameer Khosla, a Miami collector who is friends with someone who works at the gallery, however, was more than happy to take part in what he viewed as an anthropological experiment. He clocked in at number seven, triggering a “high score” animation from the machine.

“I thought I would be way lower,” Khosla told Artnet News, pointing out that a high account balance doesn’t necessarily represent the best wealth management. “People with the highest balances aren’t realizing that interest rates are high, and they should be putting their cash in a money market and making three percent!”

There was a murmur of excitement when former NBA star Amar’e Stoudemire walked by the booth, but no one in MSCHF was comfortable approaching him about the project.

But those who did take part seemed to get a real kick out of the experience.

One man, who preferred to remain anonymous, laughed delightedly when he clocked in at number two on the list. “I feel like I should do it again,” he exclaimed, “so I can have a better picture!”

Cannes Film Festival 2021: 6 Films To Watch Out For At