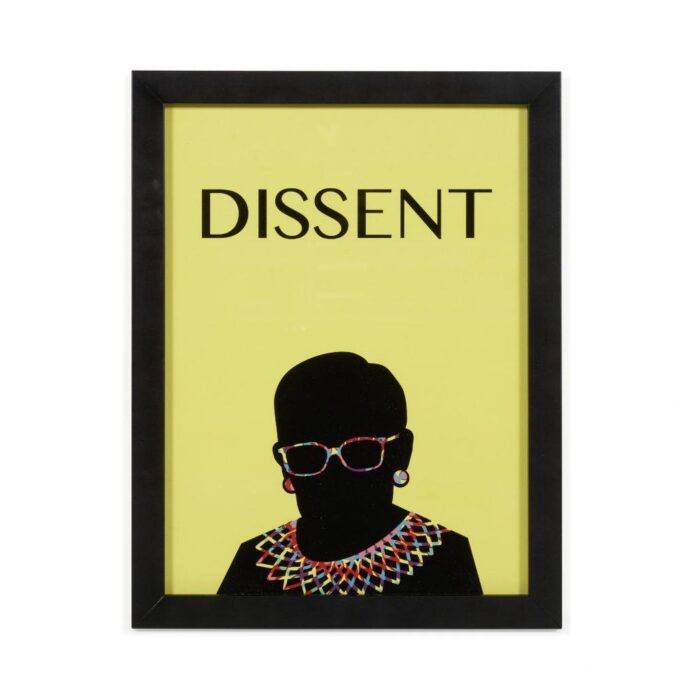 Two days before the second anniversary of Supreme Court Justice Ruth Bader Ginsburg’s passing, Bonhams Los Angeles closed an online auction of 76 objects from RBG’s estate. The trove spanned gavels and gloves, but also deeply personal effects like fan art, kitchenwares, and a passover card from her mom, estimated at $300 to $500, which sold for $3,570.

The top lot of the evening was a beaded gilt judicial collar, one of the judge’s signature wardrobe items during her tenure on the Supreme Court. She began wearing them in a quest to adapt the judicial robe, typically made for men, to a style that suited her. Estimated at $3,000 to $5,000, the beaded version sold for more than 30 times that, bringing in $176,775 with auction-house fees.

Other lots showed Ginsburg’s spiritual side, including a dream catcher and glass evil eye. The latter was snapped up for $7,650, well over its $200 estimated ceiling.

“I don’t think it’s fair to say that Justice Ginsburg was superstitious, but she did appreciate the symbolism of the evil eye as a totem to ward off evil,” Catherine Williamson, director of Bonhams’s fine books and manuscripts department, told Artnet News hours before bidding closed. 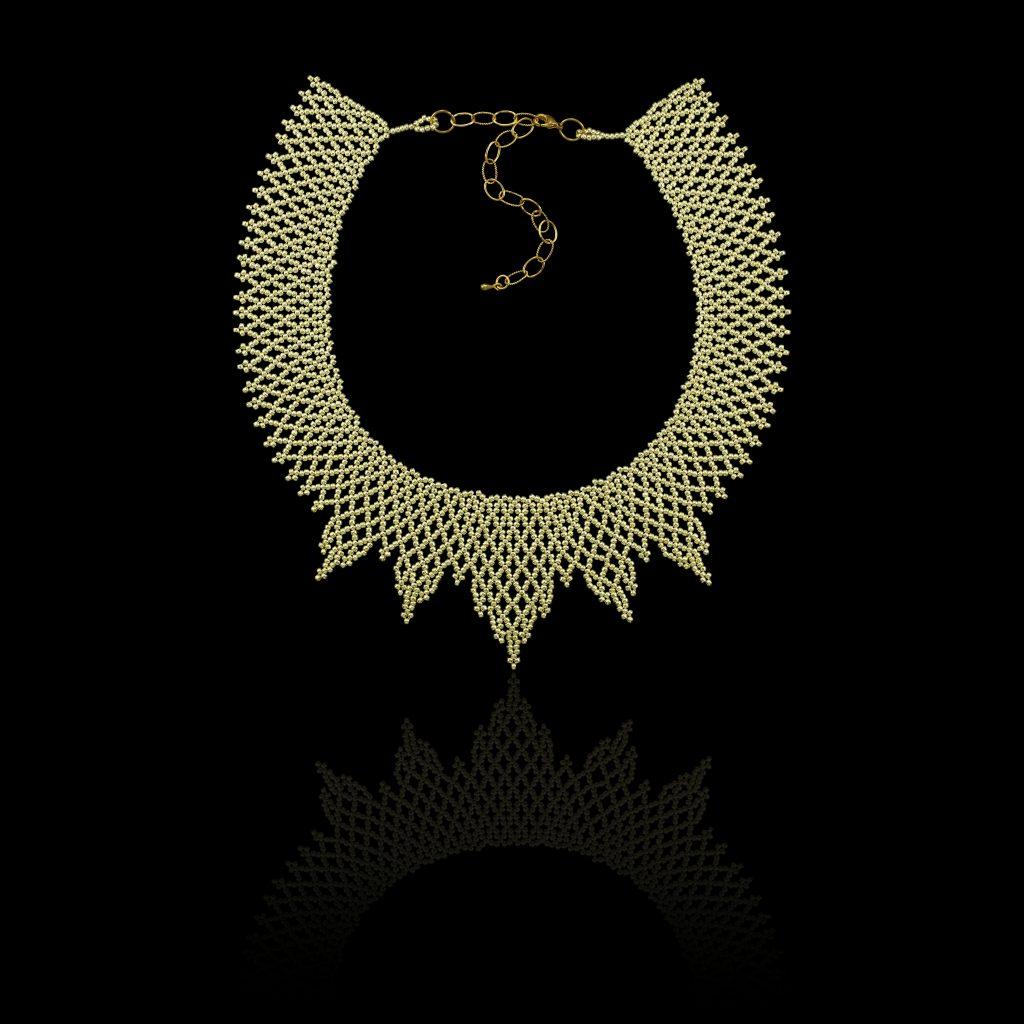 The second and final public offering followed suit. “We’re not surprised the results are outpacing the estimates,” Williamson said. “We priced the property low to encourage the maximum amount of bidders to participate.”

All proceeds from this sale will seed the RBG Endowment Fund, benefitting SOS Children’s Villages, an organization dedicated to supporting children without parental care or who are at risk of losing it. Ginsburg contributed to SOS during her lifetime, donating a portion of her Berggruen Prize for Philosophy and Culture to the organization in 2019. 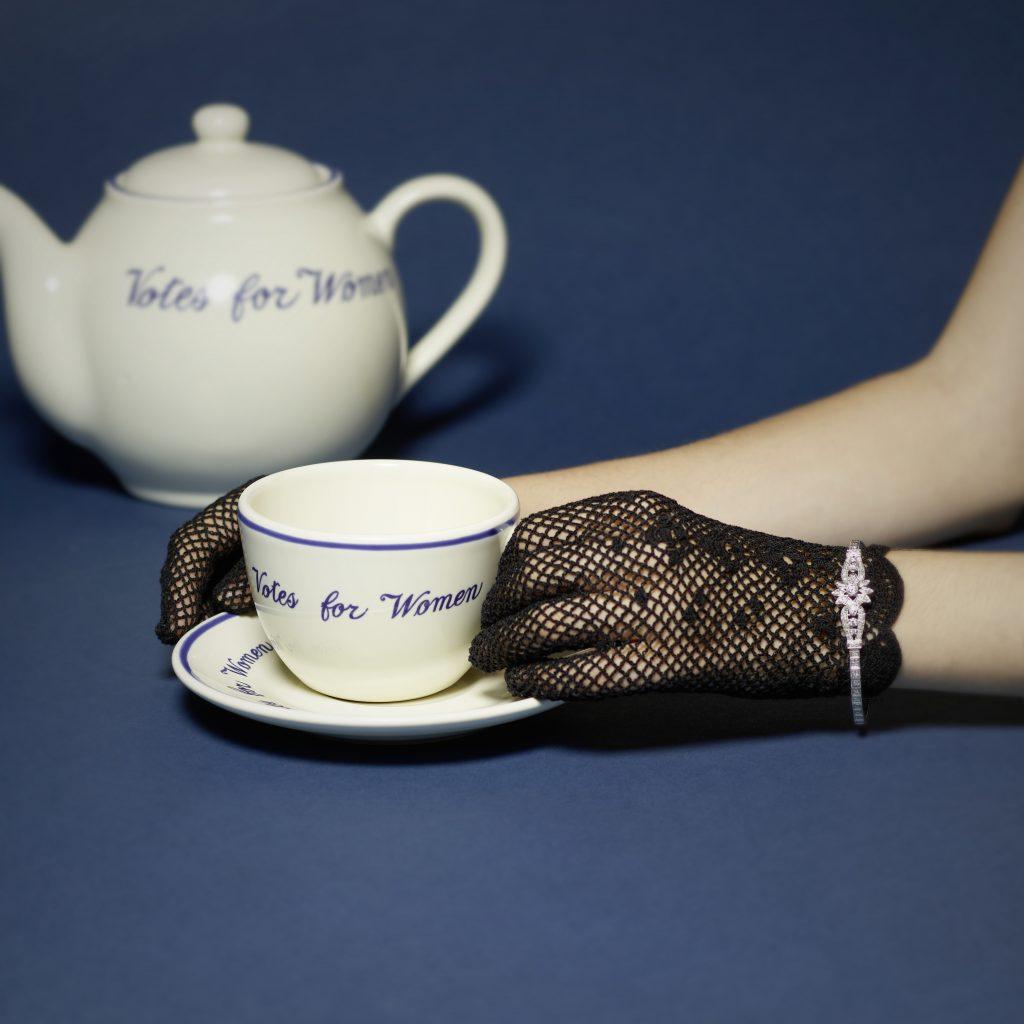 A pair of RBG’s Black Lace Gloves alongside her 7-piece ‘Votes for Women’ Tea Service.

Society remembers RBG not only for her accomplishments, but also her fashion sense. Her white beaded purse by Walborg, handmade in Japan, went for $4,080, shattering an estimate of $100 to $200.

“My mother made the ’ style section and ’s ‘Worst Dressed’ list in the same year,” James Ginsburg said in a statement. “While her sartorial choices may have caused controversy in some circles, it’s wonderful to see the broad reach of her ideals and reasoning and how much she is loved and appreciated.”

“One of the things that particularly appealed to my mother-in-law about opera plots—just like life—was the way issues of justice played out,” Ginsburg’s daughter-in-law Patrice Michaels said. “The RBG Endowment Fund will continue my mother-in-law’s legacy of trailblazing service for years to come.”

The sale marked the first time Ginsburg’s trademark collars have ever been up for auction. The second collar, a closely watched lot of the sale, was withdrawn for the reasons were not immediately clear. It was embroidered with a phrase that Ginsburg’s husband used to say when people asked why he uprooted his life to relocate for his wife’s job: “It’s not a sacrifice, it’s family.”

In Pictures: See Original Animations and New Works Inspired by the Fantasy Film ‘The Last Unicorn’ in a Show Marking Its 40th Anniversary