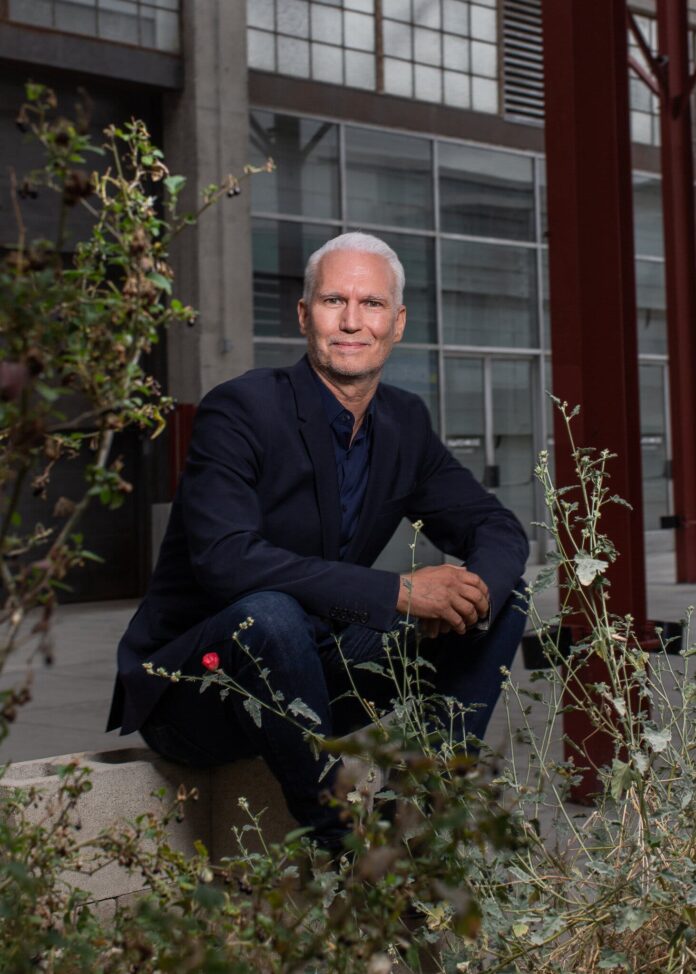 Biesenbach, who went from being director of the Museum of Contemporary Art to sharing power with another executive, will run the Neue Nationalgalerie.

In yet another round of upheaval at the Museum of Contemporary Art in Los Angeles, Klaus Biesenbach, the museum’s artistic director and former director, is leaving for Berlin to run the Neue Nationalgalerie and the future Museum of the 20th Century, the Berlin museum announced Friday morning.

The departure of Biesenbach came a week after MOCA, as it is known, named Johanna Burton to the newly created position of executive director, and said that she would share management duties of the museum with Biesenbach. He had been hired as the director of the museum in 2018, but was moved to the position of artistic director earlier this year as the museum grappled with criticism over its lack of diversity and struggled with cuts forced by declining revenues in the midst of the pandemic.

His abrupt departure is the latest complication for MOCA as it seeks to regain its footing after a string of mishaps over the years that has prevented it from stabilizing and establishing a reputation for competence. It came after a carefully orchestrated announcement that divided the museum’s leadership responsibilities between two people, with Burton overseeing management — which museum officials had seen as Biesenbach’s weakness — and leaving artistic matters to Biesenbach.

When Burton was announced, museum officials said they were confident that this unusual division of duties would work. “I think this is the right model for us right now,” Maria Seferian, the chairwoman of MOCA, said at the time. “Maybe it wouldn’t have worked 20 years ago and it won’t work 20 years from now, but it’s the right moment for us now.”

Seferian did not immediately return calls seeking comment after the departure was announced.

Biesenbach said that he received the offer early in the morning on Friday and said yes on the spot. He described the job as a “once-in-a-life-time honor.”

According to two trustees — who spoke on the condition of anonymity because they were not authorized to discuss board business — the board was caught off guard by Biesenbach’s announcement, and several of its members said they felt betrayed. One trustee said they had worked closely with Biesenbach, to make up for his shortcomings and to include him in the search for an executive director.

Had the museum known of Biesenbach’s imminent departure, it might have filled Burton’s position differently, seeking a director who could handle both parts of the job, as Biesenbach was originally hired to do. It was unclear Friday morning whether — or how — the museum would replace Biesenbach and how Burton would adjust to this development.

Also unclear is the status of the five trustees who joined the board under Biesenbach in 2018, namely Dr. Adrian Cheng, Marina Kellen French, Simon Mordant, Sean Parker and Julia Stoschek.

French, in particular, is a close friend of Biesenbach’s and could well leave the board with his departure, particularly because she is mostly tied to New York, where she serves on the board of the Metropolitan Opera, the Metropolitan Museum of Art and Carnegie Hall. Her departure would be a loss for the MOCA board, given French’s financial capacities: earlier this year, she endowed the Met Museum’s directorship position, and Max Hollein is now known as the Marina Kellen French Director.

MOCA has seemed like a revolving door of directors, moving from Jeremy Strick to Jeffrey Deitch to Philippe Vergne to Biesenbach. There were also the very public stormy departures of chief curators, Paul Schimmel and Helen Molesworth. And the museum weathered a raid on its endowment to pay the bills and a proposed merger with the Los Angeles County Museum of Art.

“I’m not entirely surprised that this was that short-lived — it seems to be very difficult over there,” said Kristy Edmunds, the executive and artistic director of UCLA’s Center for the Art of Performance. “Now let’s move MOCA into a full position of support for Johanna to carry the baton forward.”

The day before the announcement of Biesenbach’s departure, he was on hand to herald the opening of a new exhibit by Pipilotti Rist, a Swiss video artist, at the Geffen Contemporary, MOCA’s warehouse space in downtown Los Angeles. It was a signature exhibition that had been in the works for nearly three years and Biesenbach, along with Rist, led the news conference before opening the doors to the warehouse maze of her videos. He gave no indication that this would be his final public moment with MOCA or of the imminent announcement from Berlin.

Born in Germany, Biesenbach, 55, came to Los Angeles after serving as the director of MoMA PS1 since 2009. He was appointed curator at the Museum of Modern Art in New York in 2006. And, at the age of 25, he was one of the founders of the Kunst-Werke Institute for Contemporary Art in Berlin, which is where he began his career in museums.

To some extent, controversy seems to follow Biesenbach. At MoMA, while cultivating the avant-garde, he was also known for some attention-getting shows of questionable curatorial merit, namely a retrospective of the Icelandic musical artist Björk in 2015 and the Marina Abramovic show, “The Artist Is Present,” in 2010.

In 2018, he was named in a complaint with the New York City Commission on Human Rights, accusing MoMA PS1 of gender, pregnancy and caregiver discrimination (the case was ultimately settled).

And when Biesenbach was announced as MOCA’s new director three years ago, some critics questioned the choice of another white man at a time when cultural institutions all over the country are trying to diversify their staffs and audiences.

While some in the art world have viewed Biesenbach as more flash than substance — pointing to his Instagram photos of himself with famous friends like Patti Smith, Yoko Ono and Lady Gaga — others commended him for his rapport with artists. It was often on view during his in-depth, pandemic-prompted Zoom studio visits with artists such as Mickalene Thomas, William Kentridge and Arthur Jafa.

Biesenbach may have a softer landing in Berlin, where he is well established on the art scene for having founded the KW Institute for Contemporary Art in 1990, which is something of a German PS1. While the Neue Nationalgalerie focuses on 20th-century art and Biesenbach specializes in cutting-edge work, the future Museum of the 20th Century may, with its emphasis on contemporary art, be a more natural fit.