Home News Lee Bontecou, the American Artist Who Sculpted the Void, Has Died at... 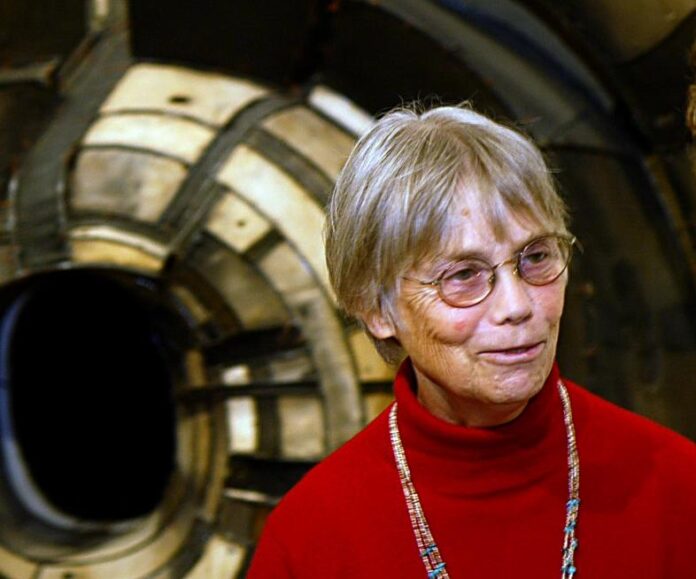 Lee Bontecou, the American artist whose imposing wall reliefs of twisted steel, rawhide, and taut canvas garnered broad critical attention in the 1960s and became must-haves for the nation’s leading modern art institutions, has died at her home in Florida. She was 91.

The Bontecou that broke onto the New York art scene in the late 1950s was an artist in pursuit of flight. She’d been captivated by the Russian launch of Sputnik and later spent considerable time plane watching at John F. Kennedy International Airport. While living in a terracotta factory in Rome, she began crafting fantastical earthenware birds, semi-abstract forms she mimicked in steel and bronze upon returning to the U.S.

When the New York State Theater commissioned a piece in 1964, she incorporated the Plexiglas turret of a World War II bomber into a 20-foot long wing-like armature. The power and speed of an airplane, she once said was an “incredible force. It would just about make my imagination go out of bounds.”

Bontecou’s career took off at a time of scant opportunity for women. Following her debut show in 1959, she received representation from Leo Castelli Gallery. After seeing her first exhibition at the gallery, Donald Judd, the era’s artistic tastemaker, reflected that “Bontecou displays an altogether novel authority and breadth of expression and of the means necessary to it.”

Across her four solo shows for Castelli, Bontecou continued constructing the assemblages that made her name, bringing together conveyor belts, canvas scraps, and hunks of abandoned machinery into works that bridged painting and sculpture. Throughout the 1960s, her wall-mounted sculptures would be acquired by the Museum of Modern Art and the Whitney Museum. 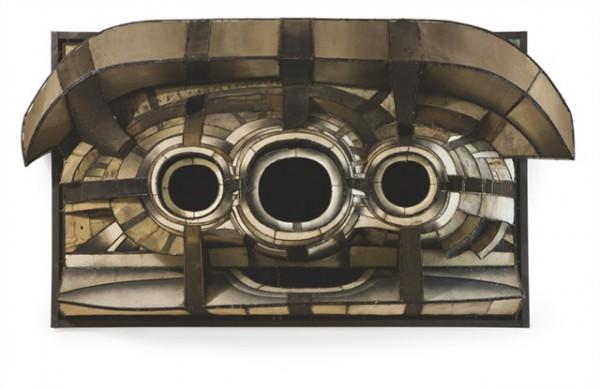 As her work grew darker and increasingly abstract through the decade, critics thought they saw angry feminist motivations in the gnarls of wire and black, mouth-like voids. Bontecou pushed back, labelling such interpretations as false and simplistic. These absences, she would later say in a 1986 interview, were about color: “Black opened everything up, I had to find a way of harnessing it.”

Bontecou was more forthcoming in acknowledging the impact of war on her work. Growing up outside of New York in the shadow of World War II, her parents were directly involved in the war effort with her mother wiring submarine transmitters and her father building gliders for Grumman Aircraft. She spoke openly about the horror of encountering images of Holocaust survivors in newspapers and creating work during the tensions of the Cold War and America’s involvement in Korea. “It’s not hard,” she told in 2004, “to figure out all the war imagery in my early work.”

After capturing the attention of New York, Bontecou grew tired with city life and retreated with her husband, artist William Giles, to a barn in rural Pennsylvania—though she continued to teach at Brooklyn College from 1971 to 1991. Her work evolved: it still played with flight and depth, but became otherworldly—vast wire-and-ceramic hanging mobiles and space station like models teeming with alien eyes.

Following more than two decades of working quietly, Bontecou returned in 2003 with a large-scale retrospective that brought together her early welded-steel sculptures and later suspended pieces for the first time. The show traveled to the Museum of Contemporary Art in Chicago, Hammer Museum in Los Angeles, and MoMA in New York City.

Bontecou is survived by her husband and her daughter, Valerie Giles.

‘This show was in some way my own wake’: Solange Knowles on her Venice Biennale performance, the focus of a new book