Home News Lights go out early at the Louvre in bid to slash high... 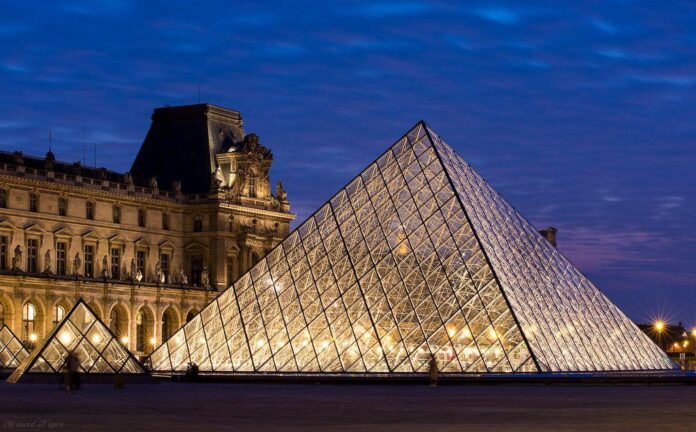 The French government aims to save on exorbitant energy costs by turning off the lights earlier than usual at major cultural venues including the Musée du Louvre. The museum’s famous glass pyramid located in the main courtyard, which serves as the main entrance, will turn dark at 11.00pm every night instead of 1.00am, said the French culture minister Rima Abdul Malak, who discussed the energy crisis on the France 2 TV station. The new lighting restriction at the famous pyramid, designed by the late Chinese-US architect I.M. Pei, came into effect last Saturday.

The move is designed to keep down spiralling energy costs in the wake of the Russian invasion of Ukraine. Meanwhile, the lights on the facade at the Château de Versailles will also be switched off an hour earlier, at 10.00pm. Malak also urged French cultural institutions to adopt energy-saving methods like those taken by the Musée d’Orsay Museum in Paris, which “reduced its energy consumption by a third just by changing bulbs and switching to LED”, she said.

Earlier this month, officials at Paris city hall announced that the Eiffel Tower’s 20,000 bulbs would go dark more than an hour earlier than usual (11.45pm rather than 1.00am). Jean-François Martins, the head of the tower’s management, told The Guardian: “It’s a highly symbolic gesture, part of the growing awareness around energy sobriety.”

Monuments in other French cities will also be subject to new restrictions; in Marseille, the lights at the 19th-century Pharo Palace will be dimmed at earlier times from late September, addsThe Guardian.