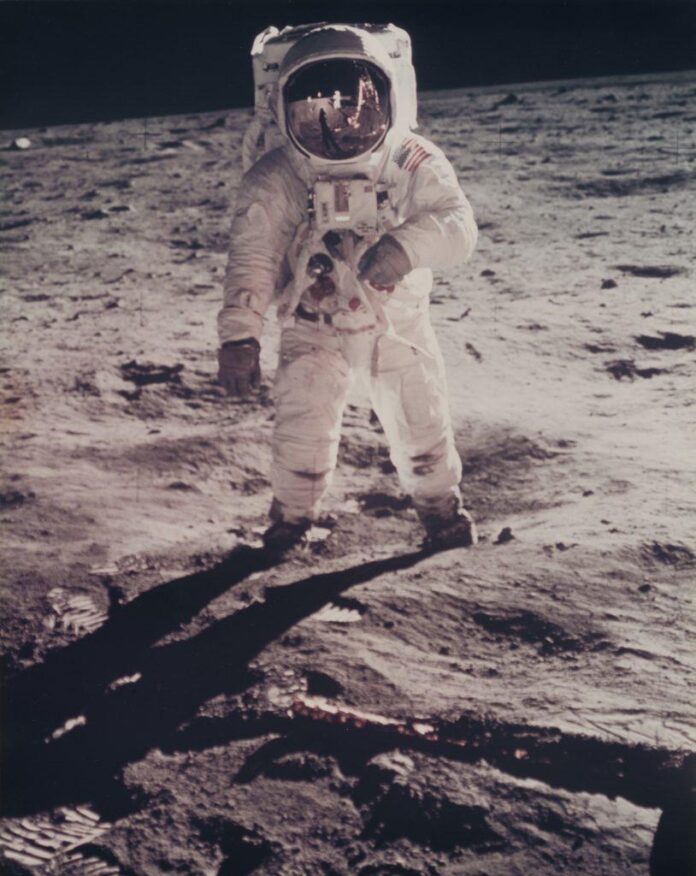 We are celebrating the upcoming launch of the Artemis moon rocket on August 29 with The Final Frontier: Vintage NASA Photographs, a tightly curated auction of photographs that inspire awe and rumination about our place in the universe.

When it comes to vintage space photography, there is no image more iconic than The Golden Visor. The image of pilot Buzz Aldrin’s gold-plated visor reflecting fellow astronaut Neil Armstrong and the Lunar Module Eagle has become so important to science and pop culture that it has graced the covers of magazine and , and was even featured on a postage stamp.

“When I stepped down onto the surface and felt each movement carried by the slow-motion sensation of one-sixth lunar gravity, I spontaneously exclaimed, ‘Magnificent desolation,’” said Aldrin. “As I walked away from the Eagle lunar module, Neil said, ‘Hold it, Buzz.’ So I stopped and turned around, and then he took what has become known as the ‘Visor’ photo.”

While on the surface of the moon during the Apollo 11 mission, Armstrong captured the image that proudly shows the American flag on Aldrin’s space suit. In his visor, one of the only glimpses of Armstrong from the entire mission is visible.

Images of Armstrong, the mission’s official photographer, on the moon are so rare that for nearly two decades, NASA believed none existed. However, while reviewing transcripts from the mission, researchers determined that at one point, Aldrin took over the camera and snapped a photograph of Armstrong. That historic image—the only one of Armstrong on the moon—is also included in our sale, with the red NASA numbering in its margin. 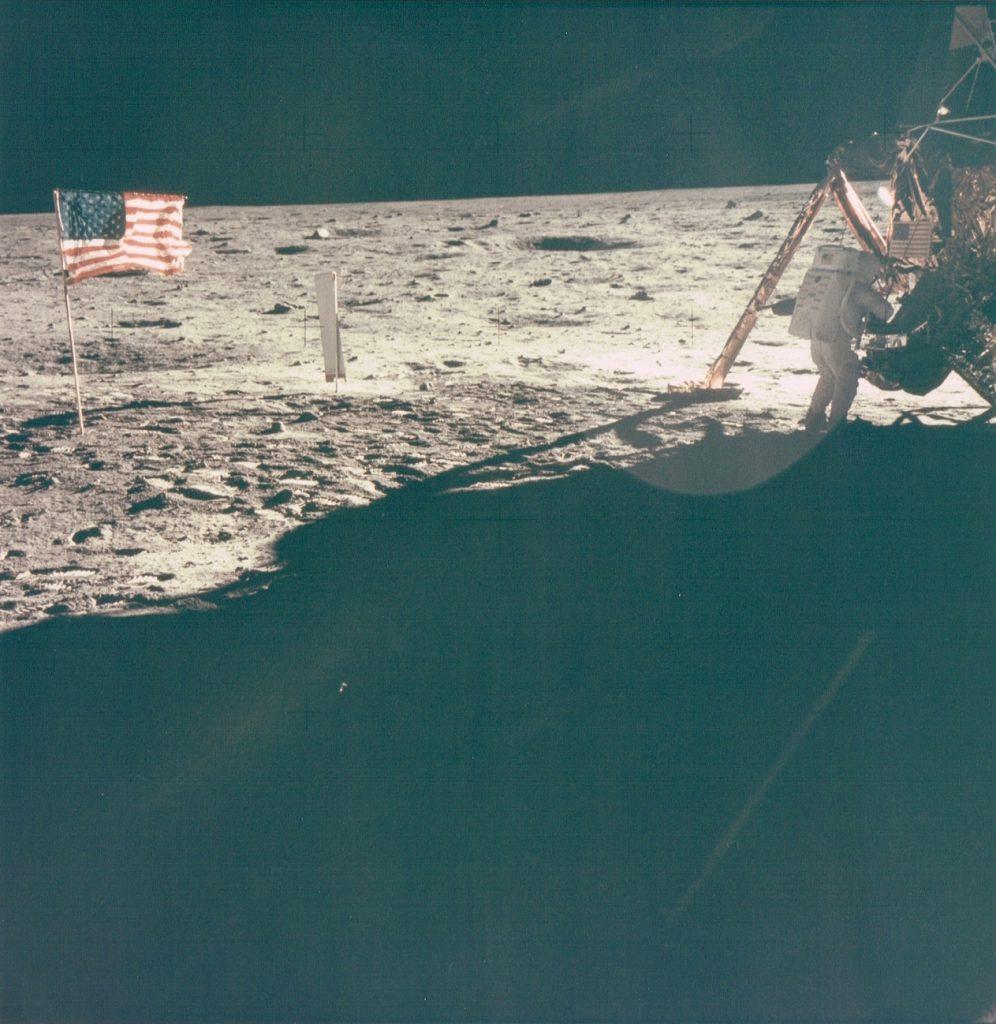 This auction includes 8-by-10-inch Chromogenic works, which bear the important “A Kodak Paper” watermarks on the verso, indicating that they were printed prior to 1973, when Kodak updated the language. Meanwhile, large-format vintage NASA photographs like The Golden Visor are extremely rare, and were only given as special gifts to friends of NASA, such as scientists and visiting politicians. In 2020, a print of The Golden Visor of the same size sold for nearly $75,000, making our opening bid of $3,000 incredibly attractive.

In Stephen Hawking’s foreword for Apollo: Through the Eyes of the Astronauts (2009), he discusses the lasting impact of man’s journey to the moon: “It changed the future of the human race in ways that we don’t yet understand and may have determined whether we have any future at all. It hasn’t solved any of our immediate problems on planet Earth, but it has given us new perspectives on them and caused us to look both outward and inward.”

Later this month, NASA plans to launch an uncrewed test of the Orion spacecraft as the first launch of the Artemis program, the first lunar landing since the final Apollo 17 mission. As we look toward this return to the moon, we invite you to revisit the first journeys into space with these groundbreaking images.

Please don’t hesitate to reach out directly to the specialists for this sale—Susanna Wenniger, Anabel Wold, and Simone Klein—with any questions. The Final Frontier: Vintage NASA Photographs is live through August 31.