Home News Manifesta director says the biennial should be held in Ukraine: here are... 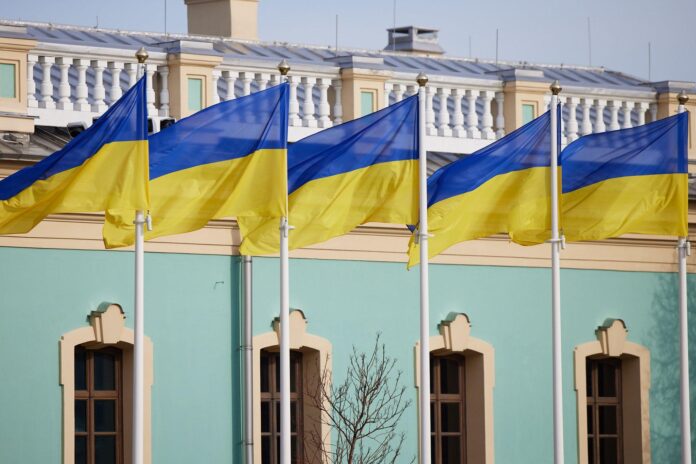 At last week’s inauguration of Manifesta 14, the nomadic European biennial that is currently being held in Kosovo, the founding director of the event, Hedwig Fijen, announced her plan to hold the event in Ukraine in 2028. This news was met with wide enthusiasm by Ukrainian cultural workers, who saw it as essential support to its striving art scene during a desperate time of war.

The Ukrainian Institute, a governmental organisation based in Kyiv that is affiliated with the Ukrainian Ministry of Foreign Affairs and is responsible for international cultural diplomacy and collaboration, would overlook the preparations for the event locally. After the announcement from Fijen, the institute has begun negotiating preliminary agreements with cultural organisations in Ukraine and internationally.

The organisers from Ukraine highlight that the main contribution of the biennial to the country’s cultural development would be the regional decentralisation of cultural production: “The proposed central idea for Manifesta 17 is to establish a network of new art and culture educational institutions in different cities and towns across Ukraine by 2028,” according to a spokesperson from the Ukrainian Institute.

One of the obvious conditions in creating this new network is maintaining the integrity of the Ukrainian state. The ongoing war clearly presents an obstacle to this but the Ukrainian organisers also emphasise the importance of Ukraine as a threshold territory that marks the border between Europe and Russia. “This war has once again proven the strength of civic resistance of the Ukrainian people and resilience of its cultural sector,” the spokesperson says. Indeed, the experience of witnessing the atrocities and destruction by the Russian army has provoked increased resistance by Ukraine’s artists and cultural establishments.

Here are some of the reasons that I believe holding Manifesta in Ukraine would be beneficial to both European and Ukrainian art scenes.

• Svitlana Biedarieva is a Ukrainian art historian, artist and curator based in Mexico City