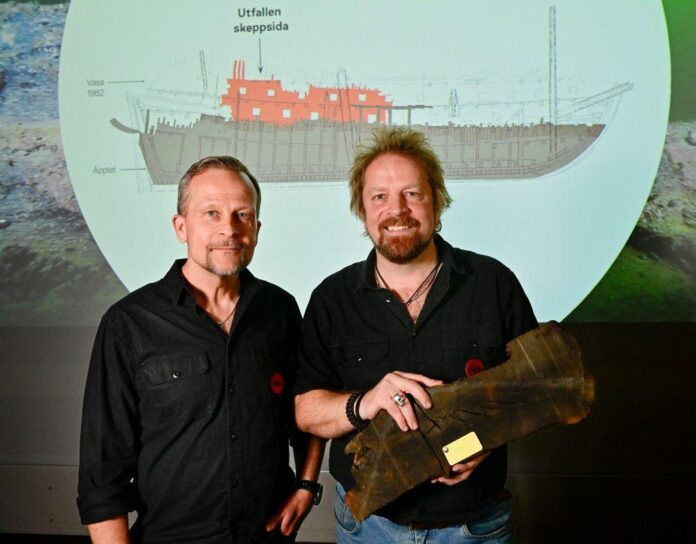 Maritime archaeologists at the Vrak – Museum of Wrecks in Stockholm have finally located the remains of Swedish warship Äpplet, launched in 1629 to help fight the Thirty Years War. Later deemed not seaworthy, Äpplet was scuttled in a strait off Vaxholm in December 1658, where it deterred enemy ships.

“Äpplet was built by the same shipbuilder as the warship Vasa,” Vrak said in a statement, referring to Äpplet’s predecessor and sister ship, regarded as the mightiest warship of its day.

King Gustav II Adolf commissioned both vessels in 1625 to fortify Sweden’s Baltic position. Vasa was the first one built, designed with two gun-decks and 64 cannons. The King oversaw every detail of its construction, ordering incessant modifications yet pressing for a quick turnaround. 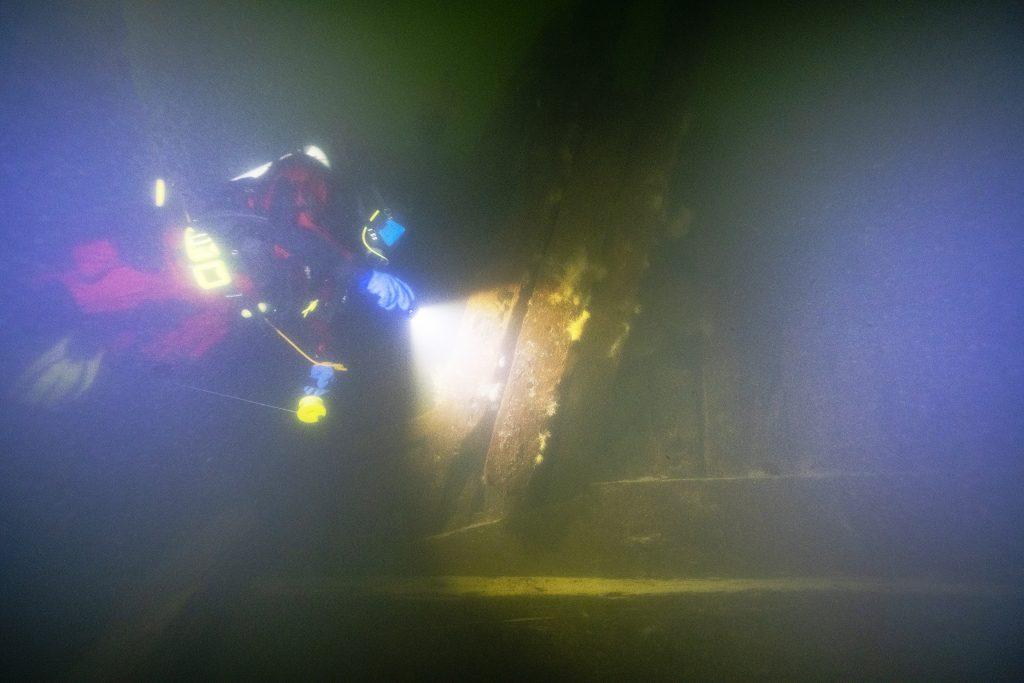 The exploratory dive in action. Courtesy of Vrak – Museum of Wrecks.

It was big news when archaeologists raised Vasa’s wreck in April 1961. It now lives in Vrak’s sister institution, the Vasa Museum, in Stockholm.

Shipbuilder Hein Jakobsson realized well before Vasa took off that its measurements were unstable. He gave Äpplet wider proportions, but the adjustments still proved unsuccessful. The numerous gun decks were just too heavy. 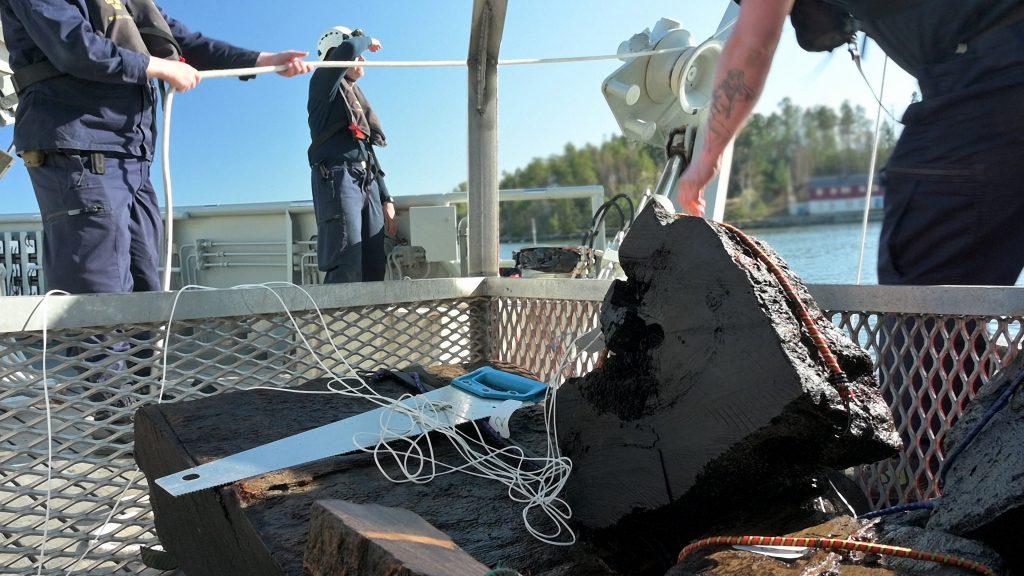 Salvaged remains from Äpplet. Courtesy of Vrak – Museum of Wrecks.

Archeologists thought they’d discovered Äpplet at Vaxholm in 2019. It turned out to be two vessels: Apollo and Maria, mid-sized ships from 1648.

They found another wreck at Vaxholm in December 2021. While parts of the ship’s sides had collapsed and sunk, the hull remained preserved up to the lower gun deck.

“Our pulses spiked,” said Jim Hansson, a maritime archaeologist at Vrak, in the museum’s press release. Patrik Höglund, another archaeologist, told CNN they’d considered this area, dredged and covered with stones, picked over.

Archaeologists returned in Spring 2022. Working both above and below the water’s surface to measure deck beams, they created 3D models, studied archives, and took wood samples. Dendrochronology determined that oak for this ship had been felled in 1627 in Mälardalen—the same source of Vasa’s raw materials—confirming their find.

Diving is banned where Äpplet is submerged, and there are no plans to salvage the wreck. Instead, the scientists hope to use digital modeling to add to their knowledge of Sweden’s shipbuilding and maritime history.

“This will help us understand how the large warships evolved, from the unstable Vasa to seaworthy behemoths that could control the Baltic Sea,” said Höglund, “a decisive factor in Sweden’s emergence as a great power in the 1600s.”

Motion Design Is Not Only About Moving Objects